I see several used Gibson Les Paul Standards on eBay that have repaired neck cracks, which I know is a fairly common occurrence with Gibson -and similar-guitars...you are asking for trouble if you lay one of these guitars flat on its back...it puts a lot of pressure on that neck/peg head area and it does not take much to crack it.

I certainly would want information on how the repair was done, and I'd want at least a few hundred bucks off the average price as well as zero other problems...but I'd consider it if it were a model /color/ that I really liked...
Of course, I'm talking about a PLAYER guitar, certainly there would be little collector interest...
What do you think?

I did this very thing! The repair was/is solid, I had my tech check it out and he admitted it was a class repair.

There's no difference between the playability of my guitar and other LPs I've played, it's just a psychological stumbling block I guess.

But, of course, there are shit repairs and great repairs and it also depends on the nature of the repair- a "neck repair" covers a lot of ground

If I cracked my Les Paul's headstock I would have it professionally repaired and live with it. I would not buy one that had been damaged unless I knew for sure the story behind it.

I don't buy headstock repair guitars unless it is a real give away. I don't keep guitars forever and they are really hard to get rid of. Most of the repairs suck-( yes everyone is a luthier that fixed it)- especially the older ones. Considering the millions of LP's out there the number of headstock repairs is tiny. You just notice them more because they take longer to sell.

Especially if it is by someone that I trust, such as BCRGreg.

No. I know me and it would just bug me all the time.

In an instent, for the right price.
S

I bought one in the 80's and it's still my favorite. It's all decked out out with midi internal and a custom finish. I'm not shure I could do that to a "clean" LP

If the repair was done right....and the guitar was priced right, really, really right on both accounts that is!

Yes, even if it was still apart. For the right price, of course.

kmrumedy said:
No. I know me and it would just bug me all the time.
Click to expand...

Yeah same here. Maybe if I was younger and had no money but I can afford it now so No Frekkin Way

I've seen repairs that were nearly undetectable. I would buy one of those if it was local and I could get it checked out. I would never buy one online.

Not me. If the cause was grain runout and the wood was weak only the actual repaired joint itself would be strong. There'd always be a chance that another break could occur on either side of the repiar.
Why run the risk to save $300 - $400?

I had 2 reasons for asking:
1. Several years ago, I bought a 1990's Samick Artist Les Paul SG copy that has a neck crack near the body joint. It had been cracked for years-as have MANY older SG's-and it still is cracked, but it has not changed in the nearly 3 years that I own it...this leads me to reason
2. I just bought an Epiphone Dot that has a repaired surface crack near the headstock...it also has Gibson humbuckers (Same ones as in my Gibson LP Special) installed, along with a tusq nut and had a new fret job. It also comes with a high end hard shell case.Total waas $345.

I think it's a bargain, and it's even a different color (natural) than my OTHER Dot (black).

ADDED: i once worked in a guitar shop-The owner played a Gibson 335, a very old one. A guy brought it into the shop with the neck broken in half and sold it for next to nothing. The owner repaired it and kept it for himself - probably still plays it almost 20 years later.
mark

Not only would I, I broke it a second time. 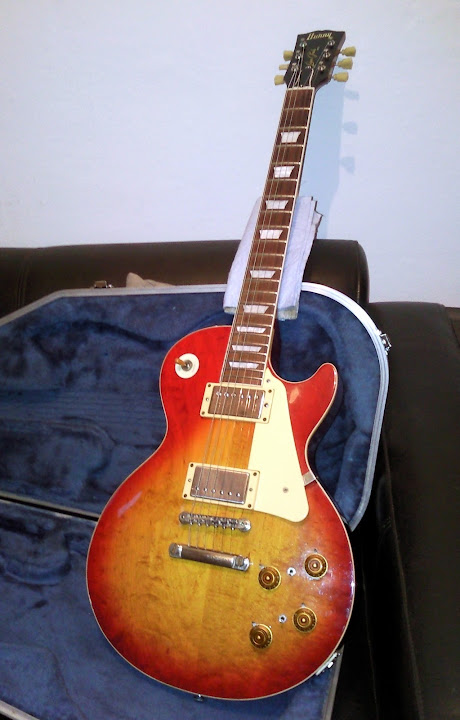 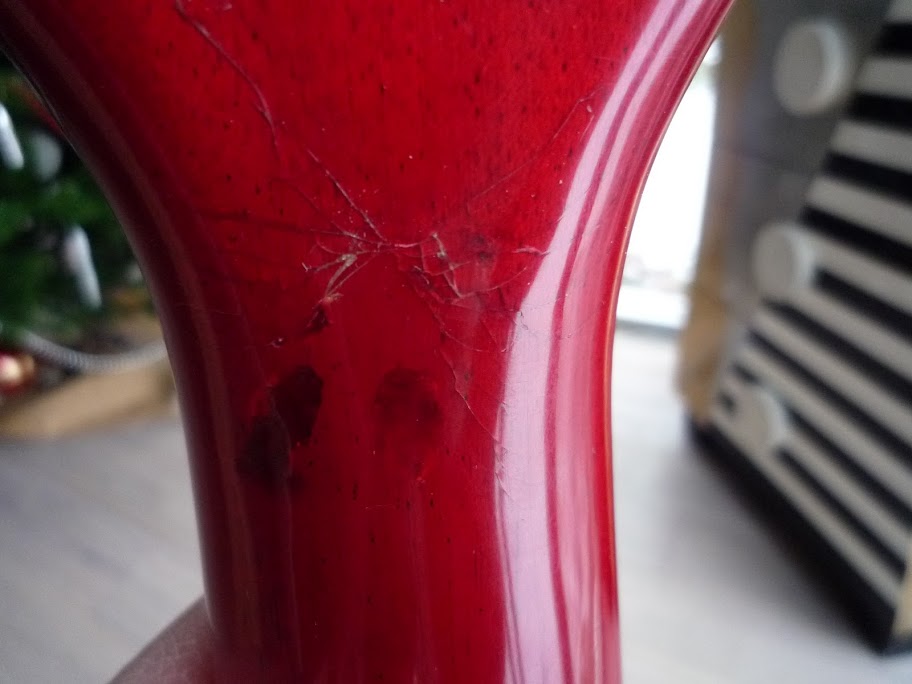 my best guitar has a repaired headstock.

If it bothers you, move on. If it doesn't and the price is right, pick it up.

Yes.
You must log in or register to reply here.

Would You Buy a Guitar with a Cracked Neck?
2 3