Will the UK leave the EU (THIS IS NOT POLITICAL)

rxbandit said:
The Pound has fallen so far today that the UK is no longer the world's fifth largest economy. France has overtaken it.

Damn! My daughter and her fiance have just gone over to France this morning to stock up on stuff for their wedding.. It's a pity they couldn't have rescheduled the referendum for Monday as I asked her to get me a big slab of Franche Comte cheese....

JohnnyN said:
We had a few referendums on some of the EU treaties that affects our sovereignty here in Denmark.

I remember the one in 1992 on the Maastricht treaty - we voted no. But then they made a few exceptions for Denmark and a new referendum that ended with a yes.
We also voted no to replace our good old Krone with Euro.

Oh and the EU Committee that moves back and forth between Brussels and Strasbourg - that's just waste of money - our money. What a bloody Kindergarten! Must be a French idea

However I don't think UK leaving will do any good. It would be one less (and a strong one) to make political pressure on the bureaucratic mess in Brussels.

Maybe we'll go back to EFTA - see you there
Click to expand...

We'll still be trading with you. Just keep those Carlsberg Pilsner's cold....

murmel said:
Under the strong rule of this guy

..That hairstyle looks familiar.. He hasn't got a cousin over in Florida who just opened a golf course in Scotland has he?..

hecube said:
Good for Québec too!
Click to expand...

....even if it takes ANOTHER hundred years and multiple never-ending referendums.

..That hairstyle looks familiar.. He hasn't got a cousin over in Florida who just opened a golf course in Scotland has he?..

murmel said:
Are you speaking about that crazy German who pretends to be American

That's the chap, in fact he even offered us a few bribes before the referendum which nearly swung it the other way..

PraXis said:
I know Brexit is a hot topic today that will have passion from all sides, but I am going to walk away from it... 1.) not my country and 2.) I have a first date in a couple hours... wish me luck!
Click to expand...

Let's hope she isn't European or you may have to reschedule..

....even if it takes ANOTHER hundred years and multiple never-ending referendums.
Click to expand...

Sin Nombre said:
The only thing for certain is that Britain's young will eventually prevail.
Click to expand...

They usually do in the end.. Then they are called old bastards...

Phil47uk said:
They usually do in the end.. Then they are called old bastards...

I do hope Quebec stays. Oh the fond memories I have...the girls in Montreal and Quebec City....

Is London in Germany ?

Is Paris in Germany ?

Is Bagdad in Europe ? 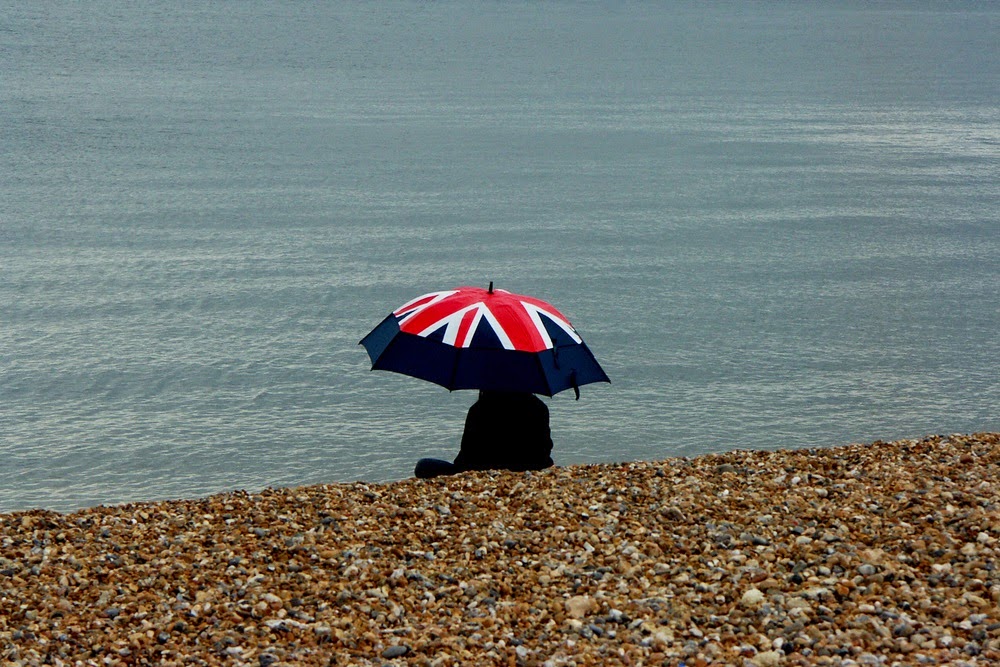 They should be banned on an lonely rainy island in the north-eastern part of the Atlantic Ocean...

Where are all the German sun loungers and towels?...

Of course that's another thing we need to sort out...Our national anthem...

Most Brits would prefer to have this as our anthem, especially with the orchestration at 1:25.

Highly unlikely seeing as my Mother was Swiss French and my Fathers parents Russian Jews..

Actually, there is no racial group that is 100% free of racist attitudes towards other genotypes by virtue of its identity alone. That is, the fact of your parent's racial identity (and thus, your own) does not automatically mean that you are not racist.

Same with ethnic chauvinism. There is no ethnic group that is free of animosity towards other ethnic groups, not even within a race. The Hutu slaughtered the Tutsi as a result of ethnic animosity though both groups were racially black, for instance.

Of course, I am not meaning to indicate that I find you to be racist. Instead, I am simply pointing out that the racial and ethnic groups that produced you will certainly contains individuals who are racist and/or ethnic chauvinists.

Now, since this issue does not pertain to the national policies of the United States, I will refrain from further comment save to say that I hope for the best for all those nations and people affected by this decision

murmel said:
Under the strong rule of this guy