What Do you Guys Think of "Crossfit"?

Hamtone said:
If you take care of yourself that doesnt happen. Im nearing 40 and worked manual labor most of my life been through hundreds of injuries and have done about everything wrong there is to do wrong to your body and I have no joint pain injuries or issues. I go out of my way to eat correctly amd keep inflammation down stretch, roll, and do whatever to be pain free. Those who dont and just sit never doimg anything are at about the same risk tying their shoes as I do running, jumping out of plains, cross fitting or whatever. Health is not just what you do
Click to expand...

i didn't either when i was thirty-something, talk to me when you see 46 approaching.

TOMMYTHUNDERS said:
i'm 31, been strength training since i was in 6th grade. wrestled through high school, football through college. few chronic injuries, none debilitating.

did you want to compete in the olympics and think you lived in Russia?

wait, did you live in Russia?

how 'bout me? i didn't strength train in 6th grade. played high school football, swimming, cross country and then went to work at the lawnmower shop sharpening blades until it was time to pick up my sister who i carried on my back for ten miles up the hill to our unicorn plantation.

With the exception of the average gym membership, the cost of healthy food and home exercise equipment, if you need to pay a lot of money to be healthy and fit, you're doing it wrong and you're being foolish, to put it mildly.

I don't know about Crossfit, but I've witnessed enough of the culture around other exercise programs to know that there can be a cult(ish) attitude surrounding them. Probably not much different than a lot of things that folks submerse themselves in with complete abandon these days.

I will, when I have time, look into it.

two reasons
1. i knew who and what i wanted to be and have always been goal-oriented and was already in football and wanted an edge.
2. take a drive through my old neighborhood and it will quickly become apparent to you why i was strength training in 6th grade.

football and cross country are the same season...... soooooo, this story....

also, yes, how 'bout you? how far did athletics take you? i know how far it took me.

Olds442 said:
i didn't either when i was thirty-something, talk to me when you see 46 approaching.

did you want to compete in the olympics and think you lived in Russia?

wait, did you live in Russia?

how 'bout me? i didn't strength train in 6th grade. played high school football, swimming, cross country and then went to work at the lawnmower shop sharpening blades until it was time to pick up my sister who i carried on my back for ten miles up the hill to our unicorn plantation.
Click to expand...

Google kelly starret, best practice I added to my life to be pain free and make me a better athlete. Im 38 and started manual labor around 7 ish (my father had the family do the labor in his biz) my point to this is, we're built to work but you have to take care of yourself and not let bad mobility kill your joints.

Some folks have been throwing the word "sell you xyz" there hasnt been any of that at my xfit box.

The diet they propose is Paleo foods in a zone block method, again I dont know why this would be a bad thing. Eat only natural things, nothing that comes in a box or has a list of ingredients.


Im not saying that there isnt tools and super koolaid drinkers wearing all the reebok xfit gear they can find, but at the end of the day, youre going to get an ass kicker w.o and as long as you put out, you will get in well above average shape.

A lot of people will say " thats not normal" or " regular people dont workout like that" honestly? The average person is a soft bellied, pain riddled, food stuffing sloth, why would anyone want that?

At the end of the day doing something is better than nothing, no matter where your fitness level is at.

Apparently they are a bunch of racists...

Shred Astaire said:
Apparently they are a bunch of racists...

Apparently corporate is a bunch of dumbshits

Shred Astaire said:
Apparently they are a bunch of racists...

They need a much better Social Media person. MUCH better.

TOMMYTHUNDERS said:
.
2. take a drive through my old neighborhood and it will quickly become apparent to you why i was strength training in 6th grade.
Click to expand... 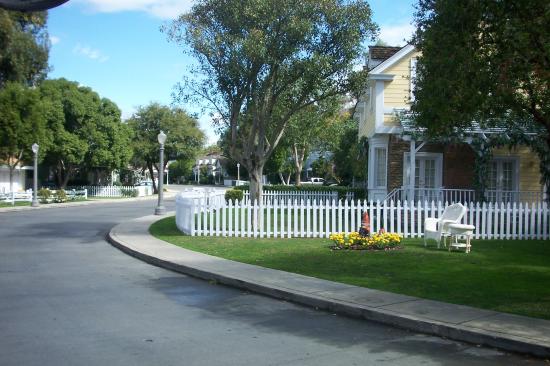 painting picket fences is hard work if you don't have the arm strength.

It is. But if it is what makes the difference to get somebody motivated, that is good. I did marketing for the fitness industry until just recently. That was the whole battle; striking the chord with someone to get them to pick up the phone or click on a link.

Funny thing is, it usually took flat out insulting people before they would respond. i.e. "Are you sick of being that one fat slob that everyone stares at?" "Call us today." We would cringe at the stuff we came up with. That usually meant it would be a winner.


TOMMYTHUNDERS said:
painting picket fences is hard work if you don't have the arm strength.
Click to expand...

i guess the individuals goal is key in determining what regime to use.

if your goal is cell rejuvenation and a longer healthier life....

The type of change seen in their chromosomes, the structures which house our genetic code, has previously been linked to a lower risk of age-related disease and greater life expectancy.

The findings, from a pilot study of prostate cancer patients, could equally apply to women and healthy men although larger studies are needed to confirm the results, researchers said.

The scientists, from the University of California, San Francisco, examined changes in the men's telomeres, structures which sit at the ends of chromosomes like the protective caps on the end of a shoelace.

Telomeres prevent the DNA within our chromosomes from being damaged, but as we grow older they become shorter and cells begin to age and die more rapidly.

Previous studies have linked the shortening of telomeres to a decrease in life expectancy and a greater risk of age-related diseases such as heart disease, vascular dementia, obesity, stroke, diabetes and various cancers.

But the new research found that in the group who adopted strict and comprehensive healthy changes to their diet and lifestyle, telomeres lengthened by an average of 10 per cent over five years.

Although it is well known that a healthy diet and plenty of exercise can result in a host of medical befits, the findings published in The Lancet Oncology journal, are the first evidence of such an effect on telomeres.

Lifestyle improvements which could lengthen telomeres

Diet
Participants adopted a diet high in whole foods such as fruit, vegetables, pulses and grains. They cut down on refined carbohydrates, such as white bread, and lowered their fat intake to less than 10 per cent of all the calories in their diet.

Exercise
The men were asked to undertake "moderate" levels of aerobic exercise for the duration of the study, for example walking for half an hour a day, six times per week.

I don't see signing up with a boot camp style club listed, nor any studies showing that avenue is the way to a longer healthier life.

TOMMYTHUNDERS said:
two reasons
1. i knew who and what i wanted to be and have always been goal-oriented and was already in football and wanted an edge.
2. take a drive through my old neighborhood and it will quickly become apparent to you why i was strength training in 6th grade.

football and cross country are the same season...... soooooo, this story....

also, yes, how 'bout you? how far did athletics take you? i know how far it took me.
Click to expand...

But you believe I lived on a unicorn plantation?

Olds442 said:
But you believe I lived on a unicorn plantation?
Click to expand...

You're clearly unaware of how transparently ghey your writing is, so no, it's no stretch of the imagination.
J

If it helps some live healthier and happier lives that's a good thing.

Diet and exercise will work for most but there's no one size fits all. Finding a plan that works with where someone is (currently) in their motivation, lifestyle, and current health level isn't easy.

I have been very luck with workout partners, and have good genetics.

I feel great when regularly working out and can't believe so many ignore such a simple way to increase the quality of their life.

A piece that a lot of folks miss with any sort of groupness is; You will conform to the collective. Sort of like if you hang out with scum bags, chances are you will be a scum bag.

The Marine Corps (another example because I lived it) is, Youre living up to a standard that has been set and everyone else lives to the standard so, you will stand out (in a negative way) by not living up to the standard. So everyone (including those before you) have set something for you to live up to, but when youre no longer part of that community, you probably will no longer live that way.


Same goes for xfit. Nothing in the workouts are new and nothing is repackaged its merely presented in a community fashion. Last night before my on ramp class I watched the workout, and you look through the people doing their thing MOST leaving it all out there and then there is a 10% roughly who are not and are being sloppy and such. Everyone notices them and Im sure them, as with me dont want to be that person.

A month later, this thought crossed my mind.

I haven't been to Crossfit since I started and completed physical therapy a few months back. I blew a disc so it wasn't the best idea.

I'm going to get back into it, but one of the reasons I like Crossfit, is the consistency of workout partners. I don't like going to big classes. I like the 5-6 man classes. Mainly because I have a hard time trying to find a gym buddy. I work a lot better when competing. I've always had my gym partners bitch out on me.

Skintaster said:
Is it a good way to get and stay in shape, or some crazy workout
Click to expand...

Anyone can start up a CrossFit 'box' with a two-day course to become a certified instructor and an annual affiliation payment.
Click to expand...

Meet Greg Glassman, the man behind the CrossFit machine | News.com.au
You must log in or register to reply here.