..........I am amazed that while we have heaps of comments on Humbuckers from builders & users, comments on P90's seem to be a little thin on the ground here.

Almost like P90's are only being used by some secret society of crazy people.

And I don't even have a P90 guitar anymore .

You have got yourself 1 hell of a set .
Now, all I need is GAS for another guitar

I really liked the stock P90s in my R5 before I sent it to Kim for a makeover. The guitar just sounded great. However, right after it was done, Kim called me and told me he had a set of 1952 P90s that he thought I would love. I have learned to trust Kim's judgement with all things vintage so, we made a deal and they are now sitting in my R5.

The stock Gibbys were very clear but not harsh. They sounded great both clean and distorted but I always wanted more muscle behind the tone. They could be a bit strident if I wasn't careful with the amplifier used but, I know my amplifiers well enough to avoid those areas.

The 52s are a tad less bright but, they have the depth and muscle I wanted. The other interesting thing about the 52s is that when I roll my volume off, they retained more of their highs than the Gibbys. I know it is a cliche but, the 52s just sound more 3D. When I change my picking attack, the 52s respond more dynamically. Also, there is a natural compression to the 52s that just make them a joy to play and not as clinical and precise sounding as the stock P90s. The 52s have so much going on.

I don't claim to be an expert on P90s as I have just gotten into them the past few years. That being said, there are enough vintage P90s out there for sale at reasonable prices that if anyone was looking for an upgraded P90 tone, I would recommend vintage.

And I don't even have a P90 guitar anymore .

You have got yourself 1 hell of a set .
Now, all I need is GAS for another guitar

You are right, they are something else.

What Johnbeloe says about variable vintage P-90s. I've heard/played several examples. Some amazing, some forgettable. Best by far being the stock P-90s in my buddy's mid 50s Les Paul Special. Spending time with that guitar left a strong impression. Such a heavy, beautiful sound.

It's also hard to generalize about modern p/us. They're all so different. Playing a LP Special with a much newer set of Gibson P-90s. The neck is wonderful, bridge not as much. Had a couple guitars with Lollar standard wind P-90s. Outstanding. Not the same as that old LP Special, but huge sound, quite beautiful in their own way. Had SD antiquity P-90s in a Guild SF III. Beautiful neck sound, not so much on the bridge. Probably the closest to the best vintage sound I've heard is the Wolfetone Mean/Meaner. Having a set installed in my LP Special now, so we'll see.

Bottom line for me. Vintage P-90s can be magic, but it's hit or miss. I think the boutique examples are less hit or miss, more consistent set to set from one winder. Just pick the ones that sound best to you. So many excellent choices avaiable now, it's hard to go wrong.
MD

Got a '13 R6 earlier this year and like what I hear, last experience with P90s was a '69 SG Special I had for a couple of years when I was a teenager and can't remember anything special about that experience....too young and green tone wise. Have played loads of LPs in the '90s onwards loaded with humbuckers and know the tone of vintage PAFs and clones, '60s T-Tops(excellent value for $$ imo).
I'd like to walk the road of trying vintage '50s P90 soapbars but the prices on the bay at this time are restrictive at US$750+ for a pair, plus as has been voiced here.....they're hit and miss(as I found with PAFs many years ago).
So I'm thinking about a pair of Lollar scatterwounds 8.2 neck and 9.1 bridge to see if there's a significant difference compared to the stock Gibson pups.

Pick one and go for it. The funny thing about pickups is that it might sound great in one guitar, but could sound like crap in another. It comes down to what you think is a great P90..

Sinster said:
Pick one and go for it. The funny thing about pickups is that it might sound great in one guitar, but could sound like crap in another. It comes down to what you think is a great P90..
Click to expand...

Agree but that is my problem. The 1958 Set I have in my Avatar are just freaking awesome, so finding another Set if not going to be easy whether Vintage or Boutique. Still thinking about my options.

Also wanted to stimulate some discussion on a PU that not many want to discuss.

[ame=http://www.youtube.com/watch?v=Kk0CQdDHZME]"Licks From The Outhouse" with Greg Martin - YouTube[/ame]

They are relatively low brow, but I've been really liking the SD P-Rails. One of the best things with these pickups is when you find yourself playing a room with bad ground (happens now and then) I can put them in humbucker mode but still get something close to the P-90 sound. They are great all around pickups. 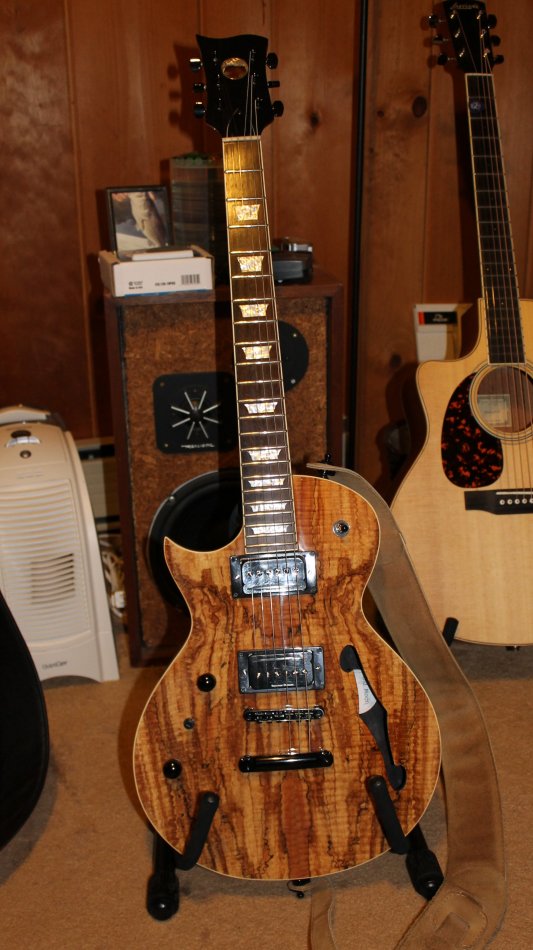 Nobody mentioned Wolfetone so far. In the past we had some users that are absolutely convinced about a mean/meaner set.

I posted this in the Vintage Section for P90 Guitars.

Worth posting here too.

I sometimes give Gregor a hard time about always sounding the same (most of the time) BUT he is a great Guitar player & this is just a great laid back clip showing how sweet P90's in this '54 Lester are.

As far as modern Gibson p90's go, my experience is that the p90's in my 60's tribute goldtop are sweet and pretty sounding clean, especially the neck pickup. They overdrive my old Gretsch 6160 and jtm50t amps nicely as well. In comparison, I bought the new 2012 les Paul melody maker, and I'm not warming up to the p90 "s" pickups at all. They never truly clean up, and are quite gritty and mean before ever getting close to ten on the volume knob. Thanks for the thread as I am considering changing them to vintage or boutique p90s.
F

Glad to see this thread resurrected.

I've owned guitars with new Gibson P-90's, Lollars, Harmonic Designs, Thorn, and, now Wizz. Mostly these pickups have been in my Collings 290. I have access to a guy who owns 2 late '50's LP Specials, both with all original electronics.

I've had several opportunities to directly compare my 290 to his two originals, the first time with Thorn GT-90's, the other times with Wizz. When I first did this, I was convinced the Thorn GT-90's were the best pickups I've ever heard, I flat loved the tones these pickups produced.

Then I compared them to the two original sets. Man, was I bummed! As others have said, a good original set has some magic, and then some. As good as the Thorns were (and are), they sounded more 2D to the vintage 3D, there was less bite and chime, just sorta flat in a way.

So the quest continued. A few months back I was all set to just buy a vintage pair ($$$) when I took a last chance and ordered some from Wizz. Oh my! Perfect! I've now compared the Wizz a couple times to the vintage originals and they are very - very! - close.

My quest is over. I'd recommend the Wizz P-90's wholeheartedly.

(I should add that the Thorn GT-90's, while not a exactly a vintage clone had some magic of their own, different, not necessarily better or worse. If I ever get a second P-90 guitar Thorns will be my first choice.)

A friend in Chicago found the same thing re Wizz.

I do know that a quite famous US Guitar player uses Fralins + a Vintage Harness in his R4 & loves this combo.

However, I still think that a great set of Vintage P90's are hard to beat, the issue is finding that one perfect set for you. Not easy, I just got lucky via a good friend.

Sheds p90s in my goldtop. 7.2 and 7.8 rated but that means nothing. They are loud! Almost aggressive bridge and sweet neck.

The original vintage P90s are the best sounding. Maybe it's the magnets + the wood and caps, etc. who knows but they are the best.

The low output EC P90s sound FANTASTIC in my Korean GT copy. It's a little heavy and all mahogany and I think this makes a difference. They didn't sound as good in a lighter guitar, but were still a significant improvement over the OEM P90 pickups that came with the guitar.

The Lollar +5% sound as close to the old P90s as I've ever heard, especially in lighter guitars. A guitar tech thinks lighter guitars need a hotter pickup and I agree. I have them in 3 of my guitars and they all sound significantly better after I installed the Lollars. One of these is in my '54 Staple and I A/B'ed it against a real '55 that is one of the best sounding guitars I've ever heard and the Lollar bridge pickup was REALLY close sounding to the '55. Like 90% to 95% close. My buddy and I were shocked.

The Duncan PRS Soapbars were great sounding and loud. But I found that they were a little nasal sounding in both guitars.

The Fralin P90s were also great sounding. I don't remember which model they were but Lindy made them for me and I liked them. I like the ECs and the Lollars better but each to his own and Lindy makes GREAT pickups.

All of these sounded much better than any of the Gibson OEM P90 pickups that came in the recent reissues I've purchased over the last 5 years.

PS I also found tone improvement by adding a MSSC PiO harness. If you're going to change the pickups you should REALLY consider adding PiO caps and matched pots.