I've been using SKB PS-55 StageFive pedalboard for about 8 years now. I used to love it, but since the internal power supply shot back in 2014 it's been a pain in my ass. Giant, heavy, unreliable, clunky, and I had to stuff a pillow in the case just to keep my pedals from moving around since the velcro wouldn't hold. I've been mostly playing bass for the past 3 years so I haven't used the board too much, but since I joined another band on guitar it was clear that I had to create a more reliable setup since we're starting to play larger clubs next month. I've had my board fail me SO many times in the past back when we were just doing small clubs and house shows, don't want that happening again.

I used the money I was going to spend on a new guitar to completely overhaul my pedalboard setup. New board, power supply, cables, a few new pedals, and most importantly some dual-lock to keep everything nice and secured to the board. Set up everything today now that the Oceans 12 came in, and I'm loving this setup! Looking forward to using it at more gigs. 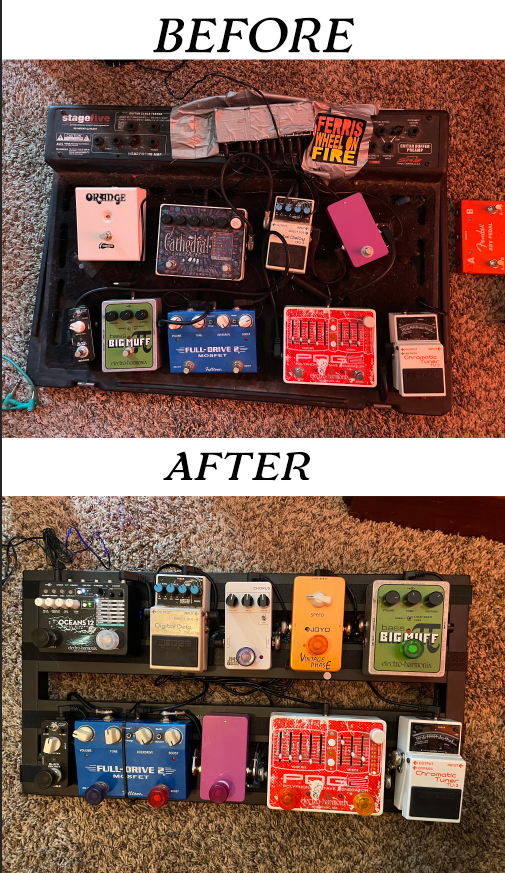 How to neatly set up pedalboard?