Up for sale my main acoustic guitar. It is a '76 made CE-1000, a Martin D28 replica from the second year Tokai launched CE (Cat's Eye) series, hence a lower production than later years. Yamauchi label signed as it should be.
This guitar has a quality solid spruce top with a lot of "espejuelo" (as spanish greatest guitarreros called bearclaw. According to spanish guitar tradition, classic and flamenco guitars of quality had to have that small waves which guaranteed a good sounding guitar. It seems Tokai knew this luthery secret too ,because this guitar is plenty of it. Neck is made of beatifull mahogany with a carefully chosed ebony board. SIdes are old times rosewood made.
High action as I like at this time. Original blackTokai Martin replica case included.
In summary, a quality guitar from a great era. 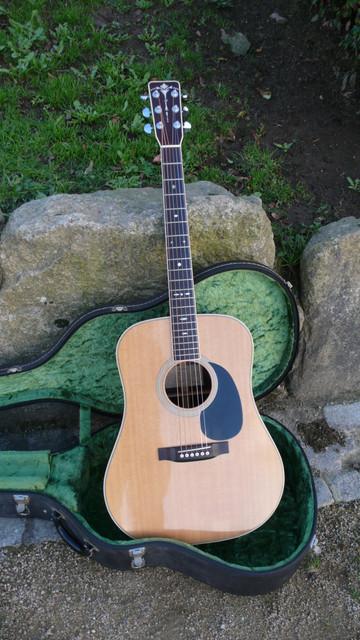 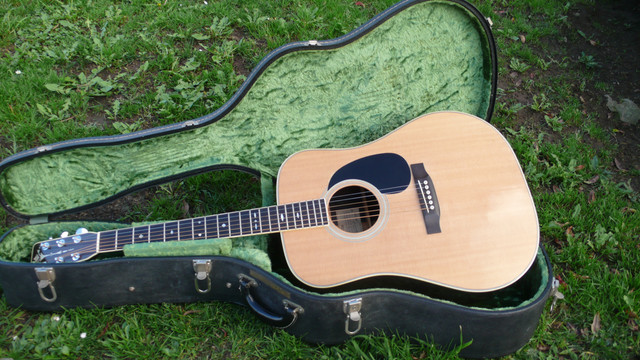 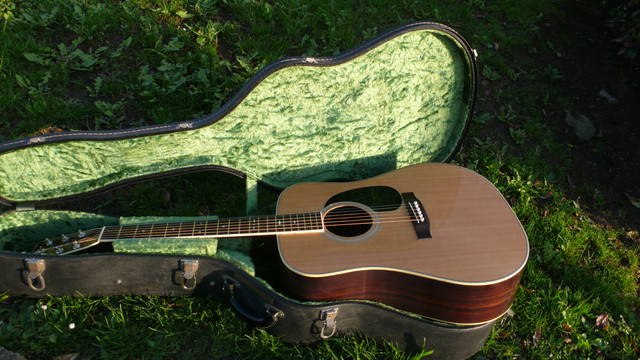 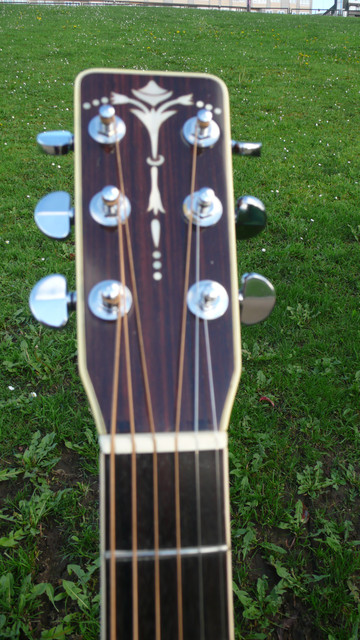 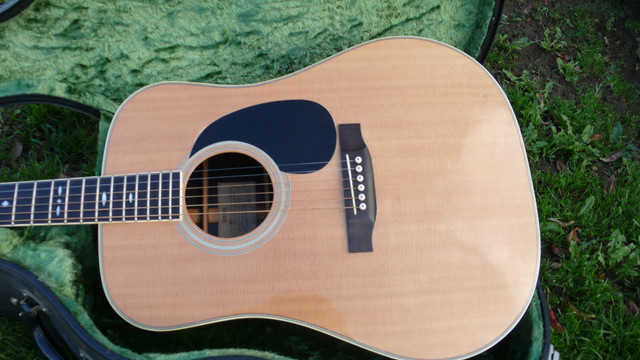 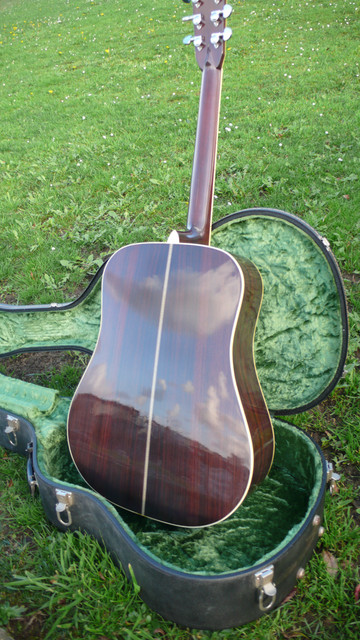 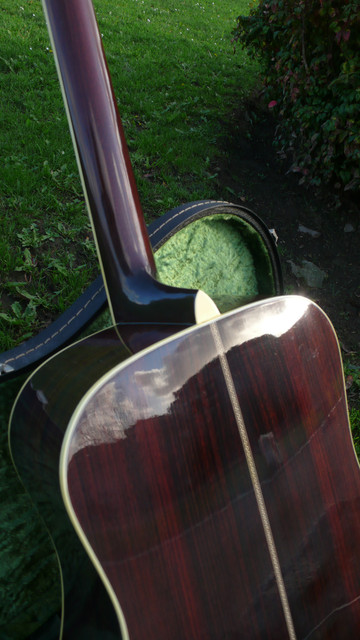 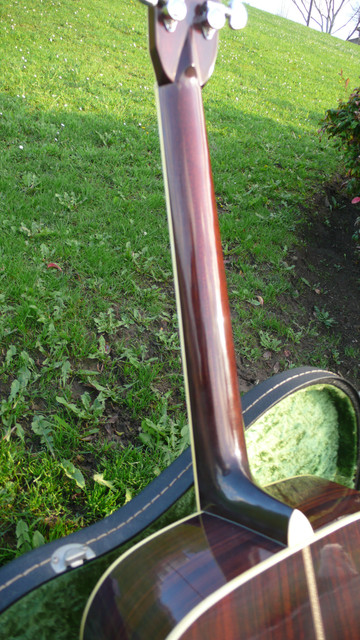 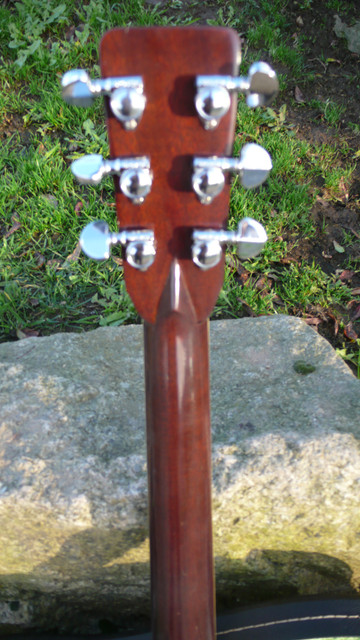 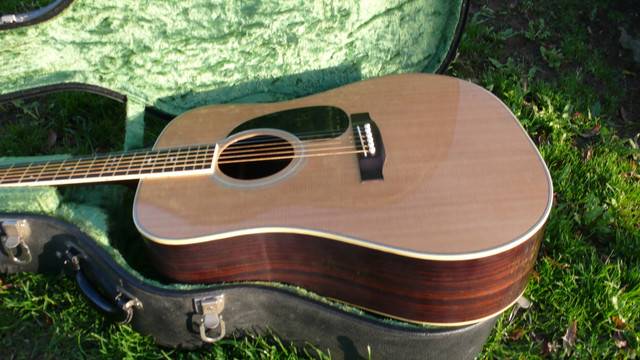 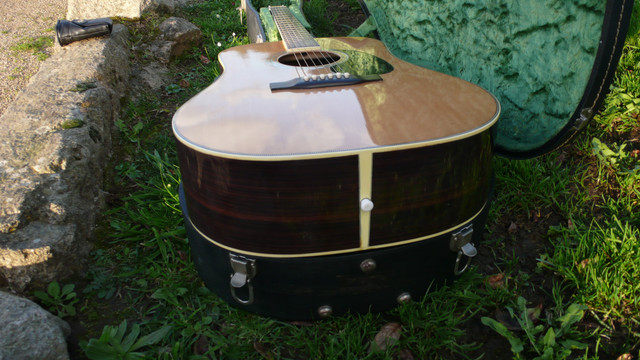 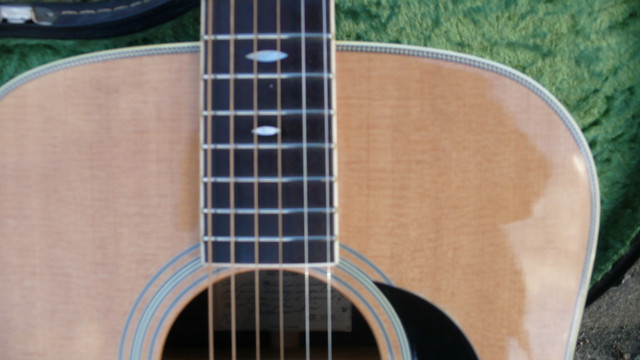 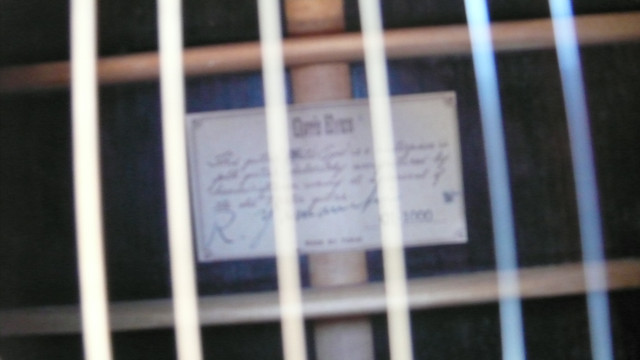 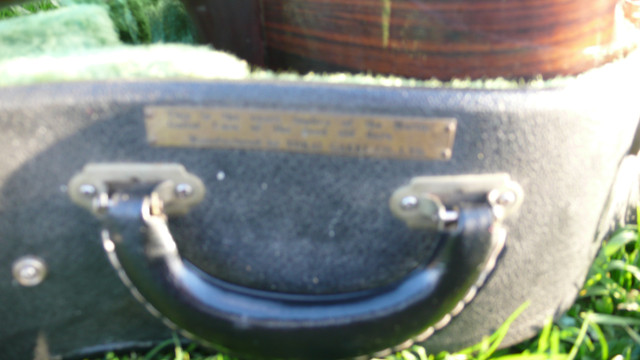 For Sale Hughes and Kettner GrandMeister GM40D (£949 as new price)

£750 collection/ drive reasonable distance. I would prefer not to post. Probably have enough guitars, certainly don’t need another amp but have a hankering for a gold top, CS Tele with humbucker at the neck, so potentially would consider a swap for the right guitar with money your way for the right guitar.

2008 R9
VOS Washed cherry
Montys double cream PAF’s
looking for £3200
Do not have the burst buckers as they weren’t for me.

I am selling the EVH black & white Striped Series Prototype which was at the 2013 NAMM show in the USA and at the 2013 Musikfest show in Germany.

I bought this guitar from a Fender UK technician who i knew several years ago. He had fitted a coil-split to the humbucker which is operated by a chrome vintage styled toggle switch next to the volume knob...a great extra feature! He had also fitted black Dunlop strap locks. I have the original strap buttons and i have both a white and a black volume knobs.

Being the Prototype for the shows, Fender would have used the best woods for it and made sure that it had a perfect finish.

It has a gorgeous maple neck with light flames down the back. It also does not have holes drilled through the neck for the locking nut, which looks by far nicer.

This Prototype is in excellent condition having been part of a very well cared for guitar collection.

This was the only black & white Striped Series Prototype built, so grab it while you can!


Hi guys,
Looking to sell my Gibson Rosso Corsa Slash signature.
U.K. only, as I don’t want to ship internationally, and preferably pick-up only. I would prefer someone to see it and collect in person.
It’s in great condition. Recently set-up. No scratches on top or back. Can provide more photos if you’re interested.

Based in Vauxhall, London.

Immaculate PCB with input jack, toggle switch and set of Gibson Burstbucker pro's. It all came out of my 2016 Studio. This may not be a good place to ask this question, but you never know ...

Telecaster neck and body wanted - I'm trying to throw together a budget partscaster/thrift-store/super-relic Telecaster to test out some pickups combinations, and just for fun. It's going to be rough and ready so I don't need anything that is cosmetically nice, but otherwise I am open to suggestions, thanks. I've got most of the hardware, at this point I'm mostly looking for necks and bodies. Might just be me, but the Reverb link doesn't seem to work at the mo'

Merkin said:
Might just be me, but the Reverb link doesn't seem to work at the mo'
Click to expand...

I only just did it! Does it work now?

Couple more of my things going up on Reverb - 2015 SG and a DiMarzio 36th Anniversary: All original 1989 Gibson Les Paul Standard. Comes with original pink velvet lined hard case also in good condition. Does have some wear but it is pretty clean for a 30 year old guitar. Pickups are the original Bill Lawrence circuit board pickups. Can deliver if a reasonable distance for cost of fuel. Otherwise collection only. £1950 ONO cdscarter said:
All original 1989 Gibson Les Paul Standard. Comes with original pink velvet lined hard case also in good condition. Does have some wear but it is pretty clean for a 30 year old guitar. Pickups are the original Bill Lawrence circuit board pickups. Can deliver if a reasonable distance for cost of fuel. Otherwise collection only. £1950 ONO

Seems good to me. I get a really nice, low action on it with no real issues.

Looking to buy a P90 creme cover for a 17 years old resonant 56GT (sets are welcome too) .
Offers by PM or to my e-mail.

I’m selling my 2018 Gibson Firebird ‘Standard’ on ebay, but open to sensible offers to members.

Any questions let me know.