Man Arrested After Computer Virus Sends Him to Police Station

A computer virus posing as a message from the FBI led to the arrest of a Woodbridge man who was allegedly watching child pornography.

Jay Matthew Riley, 21, came to the Prince William County Police Department's Garfield District Station on July 1 to ask if he had any warrant on file for child pornography. According to police, Riley said he received a message from the FBI while he was watching child pornography, instructing him to pay a fine or become the subject of a police investigation.

Riley gave his computer to detectives, and following a search, several messages and photos of underage girls were found, police said. One of the girls was identified as a 13-year-old from Minnesota.

Additional computers and electronic devices were taken from the suspect's home during a search. He was arrested Tuesday following a police investigation. Riley has been charged with three counts of possession of child pornography, one count of using a communication device to solicit certain offenses involving children and one count of indecent liberties with a minor.

He is being held without bond.

Investigators add the message Riley believed was from the FBI was determined to be a computer virus and not legitimate.
Click to expand... 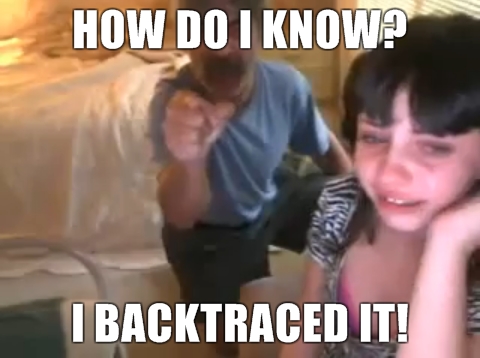 ...and throw away the key!!
You must log in or register to reply here.

Toronto police had shooter in their sights
2

From the Educated Idiot files:
2

FBI is installing malware and spyware