My 79 custom needs some brightening up but I hate making mods to it which can't be undone or detected later. I have no plans to sell it but I do like the idea that it's all original (or I can put it back that way). I don't know squat about pickups so I'm including a pic. Would a magnet swap offer increased mids and highs? If so, which would you recommend I go with? Alnico, ceramic? 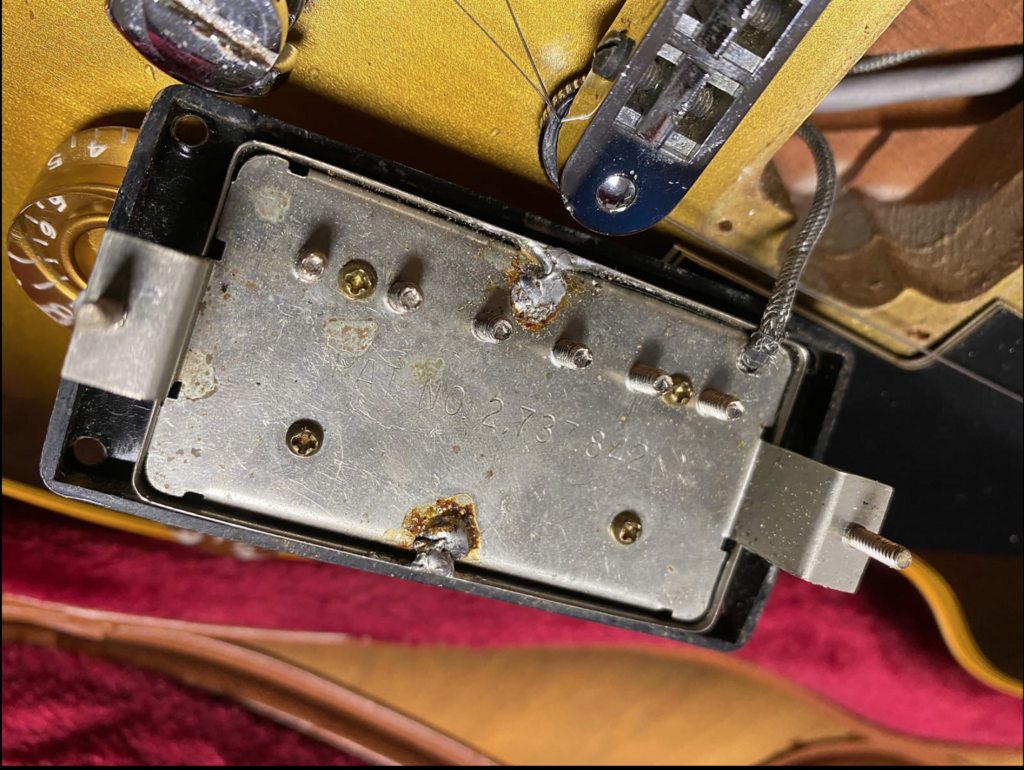 Good question and one I can't completely answer but a more powerful magnetic field will induce more power output resulting in more gain but probably across all frequencies.
Magnets can be 're-charged' as well as replaced but for the price of either why not just get new pickups?

It’s dark because of the 300k volume pots.
Put a 500k in the bridge/neck and go from there.

I am attempting to brighten the tone without replacing anything which is soldered in place. It just occurred to me that I'd have to break the solder joints to get the cover off if I wanted to swap the magnets. Sorry for the pointless thread.

I just put 550K pots from Vintage Inspired Pickups in the neck circuit (vol and tone) of my Les Paul. Previously it had 500K pots. It made an incredible different in the tone with the vol wide open and it reduced the muddiness when I roll the volume back. Not bad for $20.00

I'm gonna have to do something it appears. I was hoping to avoid it but I can't leave it alone when I know it can sound better.

Without touching solder joints, about all you could do is lower the pickups, maybe even way down, and raise the pole piece screws.

I would probably replace the pots with 500k or higher, and remove the covers.

Try sawing the neck off and replacing it with maple. Simple, noninvasive, and easy to reverse.

You can always save your old wiring harness. Pack it carefully and if you aren't gigging the guitar just leave it in the case. That way too if something happens to you and your family sells it it's there with the guitar.

I would try a new harness first. Those VIPots are very nice and have a great taper. I would also consider 50s wiring to retain treble as you roll off the volume.

Worry about your magnets and covers last. And again you can always change pickups and leave the original ones original.
A

T Top magnets in your 79 Custom tend to be highly charged. A change of magnets may not produce the results your looking for.
Previous posters have suggested that you increase the value of your volume and tone pots.
I agree with their advice. By 1979 Gibson had long been using vol and tone pots between 100k ohms and 300K ohms.

By reducing the value of tone and volume pots initially intended to 'warm up' the Les Paul Deluxe, Gibson ended up using these pot values for all Les Paul's, your Custom amongst them.

For this reason I would consider increasing your volume pots to 500K ohms.
This will have a greater effect on clarity than increasing the value of your tone pots alone. This may be enough to meet your needs.

If your desired tone is still lacking clarity replacing your tone pots to 500k ohms will provide maximum clarity.
All of this is my personal opinion, and should be taken as such..
Last edited: May 10, 2021

Brian N said:
Try sawing the neck off and replacing it with maple. Simple, noninvasive, and easy to reverse.
Click to expand...

It is maple. Three pieces in fact.

Phylodog said:
I am attempting to brighten the tone without replacing anything which is soldered in place. It just occurred to me that I'd have to break the solder joints to get the cover off if I wanted to swap the magnets. Sorry for the pointless thread.
Click to expand...

You won't be breaking any solder joints that haven't already been broken. You do realize that the solder joints on the cover in your original photo are not original, right? Someone's already taken that cover off, previously. Taking it off again won't harm the value or originality, as long as you don't make a mess of it.

For 1979 humbuckers, you could have a variety of things going on inside that cover. Could be A5, could be ceramic. Nobody could really say what a new magnet will change without knowing for sure what you have. Both of those options are going to be pretty bright, as far as humbuckers go, though.

Like previously mentioned, if you've got 300k pots, that the first thing to change if you want more brightness.

cooljuk said:
You won't be breaking any solder joints that haven't already been broken. You do realize that the solder joints on the cover in your original photo are not original, right?
Click to expand...

I did not know that but I appreciate the info. I was under the impression that the electronics were still untouched. Oh well, makes the decision to go forward with mods an easy one. How about the pots & caps, etc? 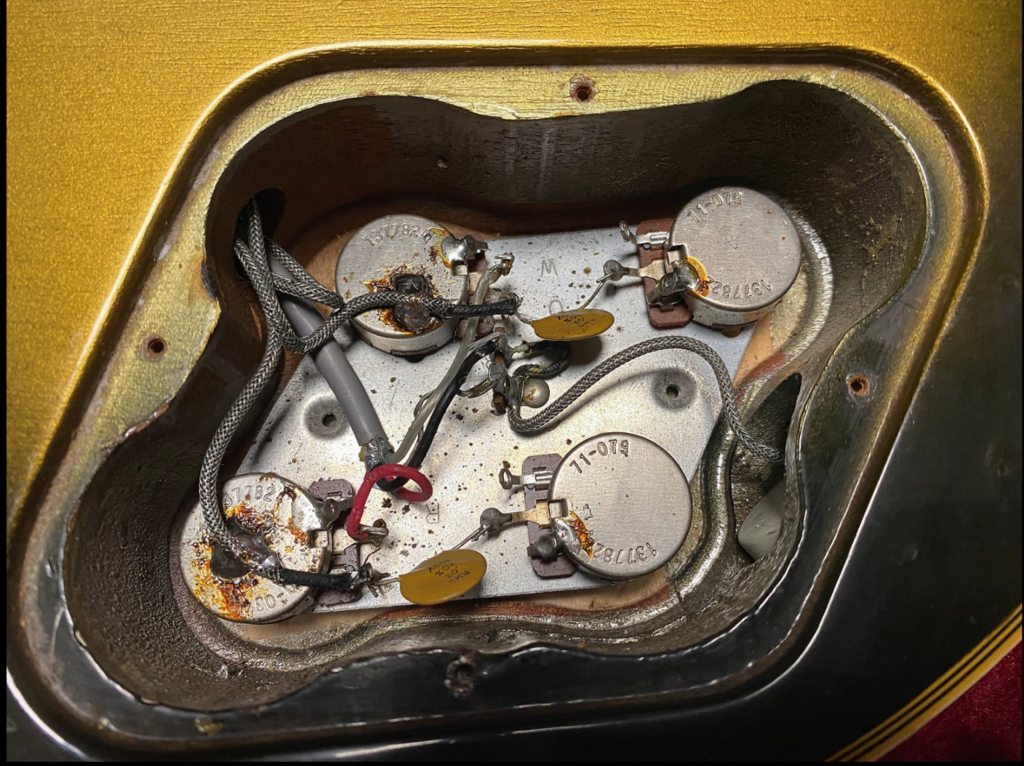 If I remove the cover from the pickup(s) do I need to worry about grounding?

Your vol pots and your tone pots are 1978. But the solder blobs on the vol pots tell me that they were made by newbie to soldering. Best guess: the pickups were changed - at least for a while.

Right on, no more apprehension about modding it!
J

Phylodog said:
If I remove the cover from the pickup(s) do I need to worry about grounding?
Click to expand...

nope. Pull the covers and you’re good to go.

Well.... I had a Seymour Duncan SH-4 lying around and I thought I'd give that a try. It sounds awful, definitely brighter but awful.

It's entirely possible I soldered it in improperly. Red & white taped off (not together), green and bare wires grounded and black to the pot tab where the old pickup was soldered.