Suggest me a Vibe pedal.

The title says it all. I am looking at an MXR and a TC at the moment. Check these reviews out.

Last Updated Nov-01-2018. Vibrato pedals are a twilight zone for a good portion of guitar players. If that was the full scope of mystique about this type of effect pedal, it would be fine. However, even the manufacturers mistake vibrato for a completely different, yet somewhat similar effect...

FWIW, the dude from JHS pedals says that apart from the housing, the Behringer Vibrato is a faithful clone of the discontinued BOSS Vibrato.

Thanks all. After listening to vibe pedals on Sweerwater’s site, I determined what I really wanted was a phaser. I contracted SW, and the rep sent me links to sites with demos of vibes and phasers. I ended up liking a multi pedal made by Matthew called “The Chemist” which is a phaser plus an octave effect. They had a pedal called the “Unicorn” which uses the same photo cell build as the original Uni - Vibe, which I liked, but it lacked a mix knob for wet and dry, which is important to me as I only want a bit of effect, not one or all. As it is coming from SW, it can be returned or exchanged. My situation is that I live in an area where there are no music stores that carry ANY pedals, so it is a guessing game.

This is going to be a birthday gift from two of my adult daughters, who are going to order it for me and have it delivered to me. We’ll see how the pedal works out.

And northern guy, I recently bought a Behringer compressor, sustainer for $19 that sounds great. But with it’s plastic case, it isn’t roadworthy, but then neither am I!
Last edited: Nov 27, 2019

good luck with the The Chemist phaser solving your modulation needs. This area of effects tends to be more of a journey, than a decision.

As far as vibes go, I agree with @lakeburst. The Vibe Machine solved my vibe quest and I tried a lot of vibes....

The Chemist also has an octave feature that plays not only the fretted note but one octave away. That is as an important feature to me as the modulation effect. From the vid demos, it gives a Wes Montgomery sound without having to fret (and move around) to do octave solos.

But unfortunately, where I live there is no place to go and try out a good assortment of pedals, unless I fly somewhere or spend a couple of days driving -- which would cost more than the pedal. That is one of the few disadvantages of living in a remote mountain area of CO. I have to depend on the sound of vid clips through computer speakers -- which is not always the most accurate thing to do. I'm thankful for internet sellers with good return and exchange.policies. From my research (and I could be wrong) a vibe changes the pitch to get its warble, while a phaser switches the tone in and out of phase. I use my effects on very subtile settings, and from what I could hear over my computer, th phase shift seemed more of what I was looking for.
Last edited: Nov 28, 2019

In case your not already sold on one: 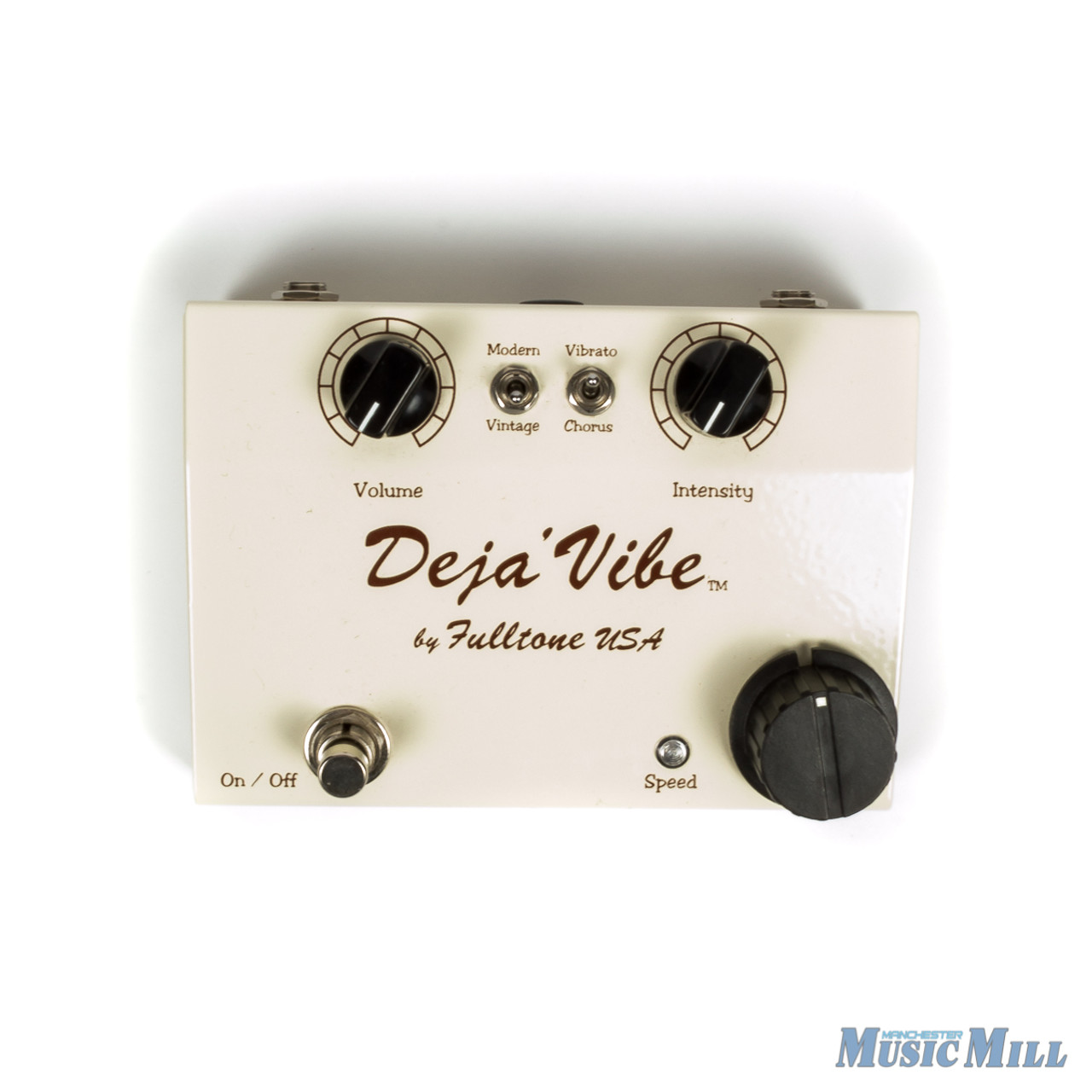 The MXR Univibe is amazing. It has a switch for “vibe” with the wet only mode, which has the pedal also act as a vibrato pedal. Very cool.

i realized I don’t like the univibe as an effect, though. Phaser, flange, and chorus are more my thing.

After hearing the tone of many vibes on vid clips, I too decided I really wanted something else (se my post above). I am getting a Phaser that also has an octave function and a knob to mix both functions with dry tone, so I can dial in only a small amount of the effect if I want to (which I usually do on all effects). I haven't received it yet so I can't ay if it will do what I want, but obviously I think it will.

To put a finish on this thread, I got the pedal described above (A Mathew brand "The Chemist" pedal) and got just what I was after. This pedal actually has two channels with separate controls. Either can be set for phaser, chorus, or octave, and can foot switch between the channels. I set one on phaser and one on octave, which is a neat effect I hadn't counted on. It also has a knob that can adjust the blend of wet and dry signals. I like that, because I think effects are like tabasco sauce -- a little goes a long way.

I'm fine with the new MXR and also with the Fulltone MDV-1. Here are two videos I've recorded and I think these pedals sound pretty fine. Bear in mind, my video's sound is pure and not processed in any way afterwards.

I love univibe clones, but I’m not big on using them with my Les Paul. I have a quarter century old Deja Vibe that kills with my Strat. With humbucker guitars, I usually stick with the phase 90. My opinion.

Rocknme said:
I love univibe clones, but I’m not big on using them with my Les Paul. I have a quarter century old Deja Vibe that kills with my Strat. With humbucker guitars, I usually stick with the phase 90. My opinion.
Click to expand...

That's been my experience.

I've got an early Mojovibe that sounds fantastic with a Strat. The LP, I stick with the Script Logo 90 flavoring.

The Danelectro Chicken Salad Vibe is a sleeper hit for authentic Uni-Vibe tones.
This has the mini-bulb and photocells, similar to the original. I think I paid $35 for mine. I also bought a Behringer Vibe pedal. Hell, it was only $28. I like to use The Chemist pedal dialed in with just a little bit of “octave below” to fatten up the tone, but it wont provide me with phaser at the same time. So I use the vibe pedal for just a little bit of modulation with it, and a tiny bit of delay from an old Boss pedal I already had. The first pedal in my chain is a Behringer analog compressor. all of these pedals allow me to mix FX with dry. They are set at conservative levels, as all I want to do is make very small venues sound like playing at very large one — but at much lower volumes.

BTW, where can I buy thsee Danelectro pedals? I live in a remote area of the US where there aren’t any large independent or chain music stores within reasonable driving distance, and I couldn’t find an internet seller that sells those. I have heard good things about them, so if you know of a seller, please post a link here! I think with the 4 pedals I am using conservatively I have found the sound I’m looking for, but you never know. I know that neither the Danelectro nor the Behringer pedal are roadworthy, but my gear will only leave my house (if ever) in my SUV for a local gig or jam.
Last edited: Monday at 9:28 PM