Speaking of Black People, here's one who's a senior citizen defending himself!

(WXYZ) - Police sources tell 7 Action News that a women's basketball coach from Martin Luther King, Jr. Senior High School shot two men who attacked him as he was walking two basketball players to their cars in the school parking lot.
Police sources say the coach was walking the two girls to their cars when two men allegedly approached and one pulled out a gun and grabbed him by his chain necklace. The coach then pulled out his gun and shot both of them, according to sources.
The man who shot the attackers was 70 years old, according to police.
One of the attackers was found dead in the median on Lafayette Boulevard, and the other was taken to a local hospital, according to police sources. We've learned that both of the men had attended the high school, and one had been recently expelled.
Police sources say the coach has a Concealed Pistol License and is reportedly a reserve police officer. They say he is fully cooperating with authorities.
Crime scene tape could be seen on Lafayette Boulevard and also around the back parking lot of the school near the gym.
Students could be seen being walked to their cars late Friday night.

The link above has video. Guns save innocent lives once again! 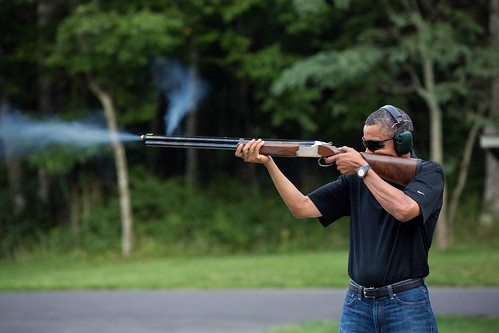 Ironically, he was breaking the law by carrying a firearm on campus.

But know what? For defensive reasons, I could care less. Instead of a citation, I'd give this guy a free coupon for a round of drinks.
You must log in or register to reply here.

2 Shot, 1 Killed Outside of MLK Junior High School in Detroit
2 3