should a'65 sg jr have a orange drop cap or an oil in paper black beauty?

picked up a sweet sg jr ..it has an orange drop in it..is that right?

'65 it was usually a ceramic disk capacitor

They used discs before 65 as well so I would say you are good with having one in a 65. I mentioned that as, personally, I do think the cap type is not important, the reason some guitars have a certain sound, that certain people rave about could be down to the PIO drifting so far from spec it’s had an unexpected positive impact on the guitars response, maybe for example brightened a really dark guitar, and some magic happens. In that case the conclusion drawn by the musician playing it is, these PIO are the dogs, which is perfectly fine as good musicians are not always interested in the specs of the stuff inside the guitar. But for the rest of us, we shouldn’t apply that rule to all PIO caps, as it’s unique to that specific set of parts.

I have an original '61 SG LP Standard that came with orange disk caps.
J

Just now seeing this. Here's the cavity on my '65 Junior for reference... 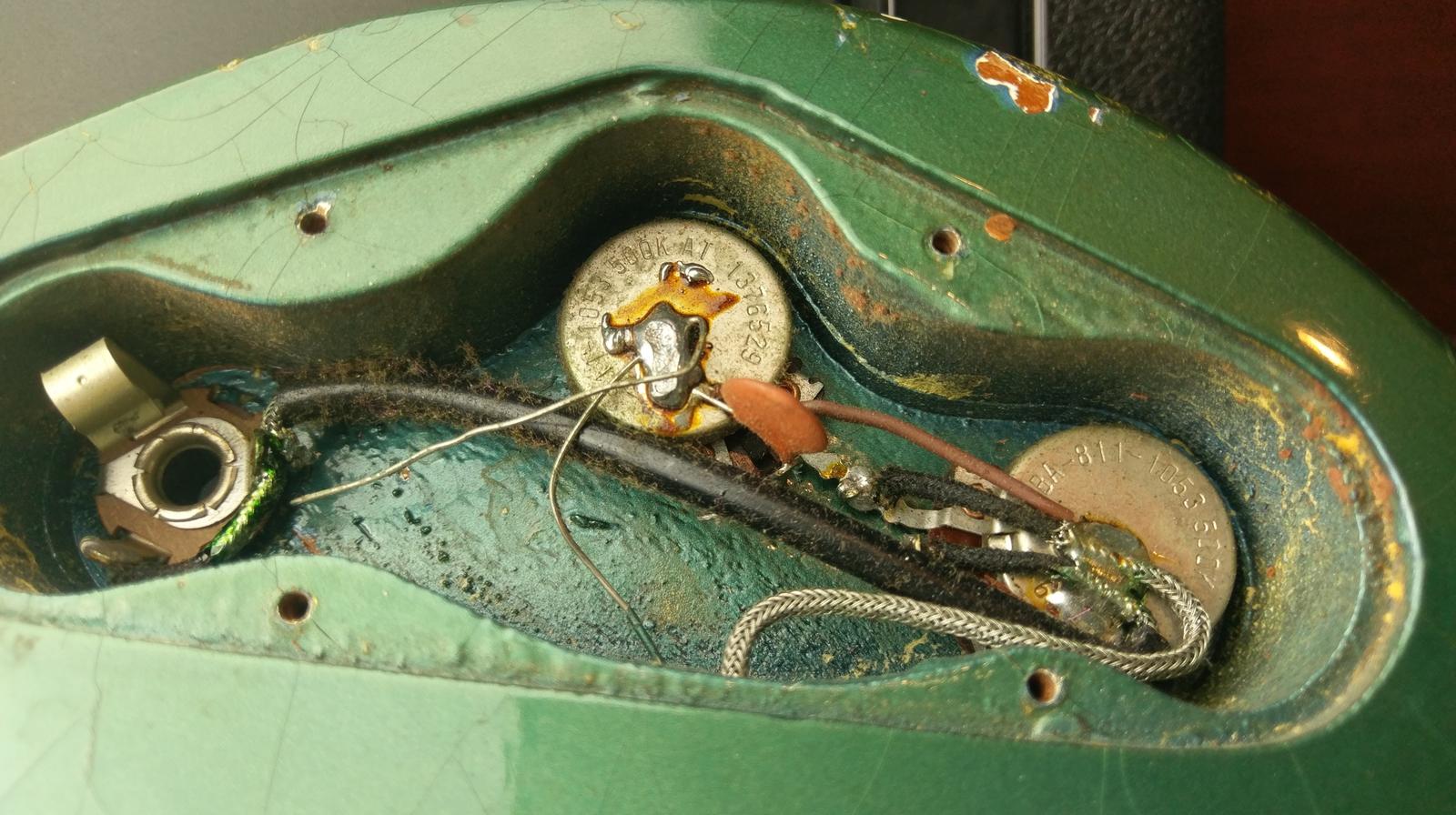 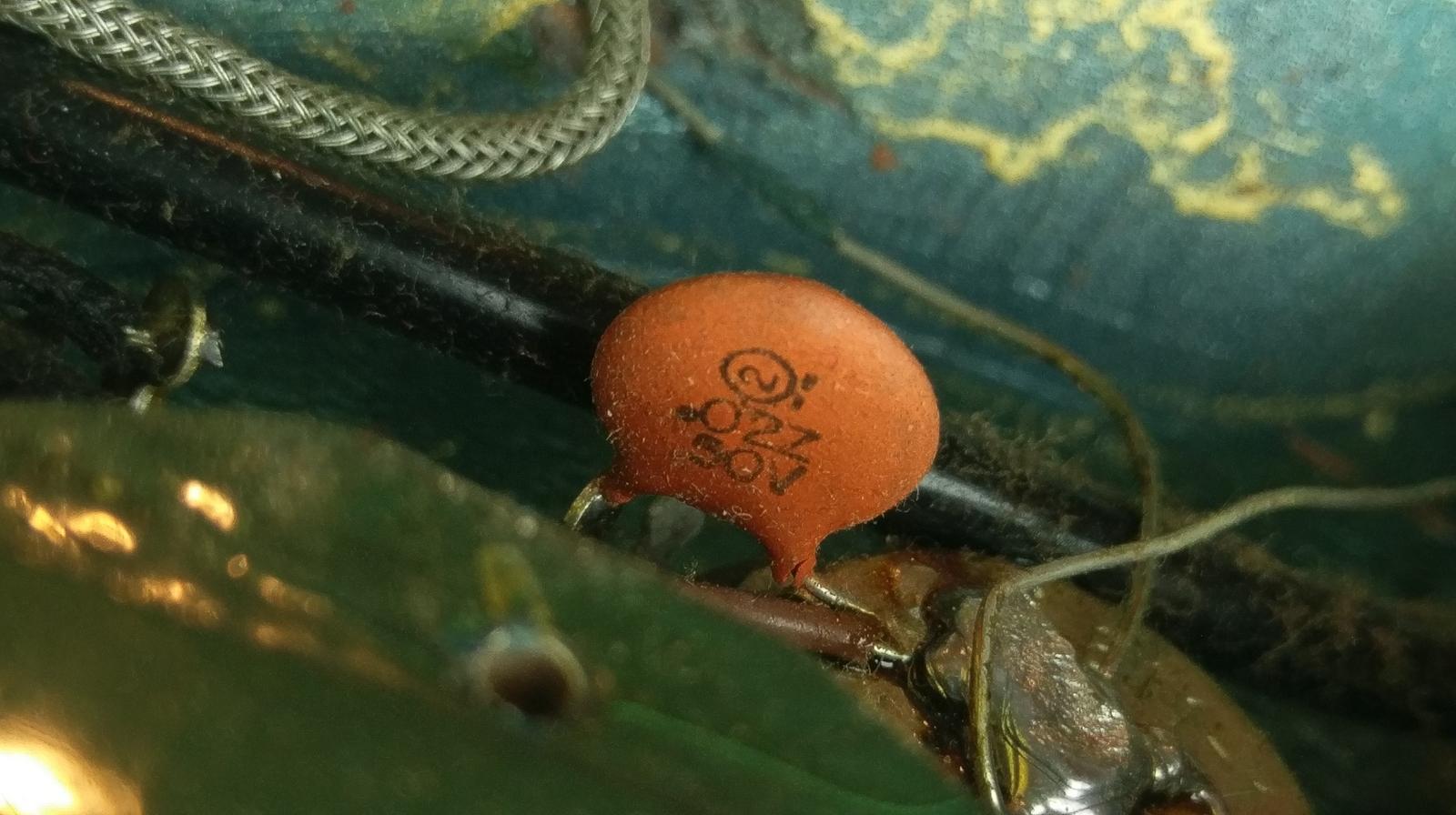 thanks for the education ..looks like mine is all original..makes me feel better! little thing sure is a singer.
You must log in or register to reply here.

Orange Drops VS Mallory Caps - Is there a real difference?