C'mon Rich, this is the internet - let's keep some normality here

GuitarToneFreak said:
C'mon Rich, this is the internet - let's keep some normality here
Click to expand...

If the Govt loves this stuff I'd prefer it served in Govt cafeterias for Govt workers.

The FDA, a government agency who's charge is:

protecting the public health by assuring the safety, effectiveness, and security of human and veterinary drugs, vaccines and other biological products, medical devices, our nation&#8217;s food supply, cosmetics, dietary supplements, and products that give off radiation
Click to expand...

Among the things they regulate:

foods, except for most meat and poultry products, which are regulated by the U.S. Department of Agriculture
Click to expand...

She has served as Vice President for Biological Programs, Nuclear Threat Initiative, Assistant Secretary for Planning and Evaluation of U.S. Department of Health and Human Services, and the New York City Commissioner of Health. She was nominated in March 2009 by President Barack Obama to become the Commissioner of the U.S. Food and Drug Administration,[1] and was sworn in on May 22, 2009.[2]

Dr. Margaret Hamburg is the daughter of Dr. Beatrix Hamburg and Dr. David A.Hamburg, both physicians. Her mother, Beatrix, was the first African-American woman to attend Vassar College and to earn a degree from the Yale University School of Medicine (which had previously excluded black students). Her father, David, of Jewish descent, had a career in academic medicine and mental illness research, public policy, and philanthropic leadership. She is married to artificial intelligence researcher Peter Fitzhugh Brown, with whom she has two children.[3]
Click to expand...

Kathleen Sebelius - Sebelius served as executive director and chief lobbyist for the Kansas Trial Lawyers Association (now Kansas Association for Justice) from 1977&#8211;1986. She was first elected to the Kansas House of Representatives in 1986. She was Gov. of Kansas and POTUS Obama appointed her to run the Department of Health and Human Services.
Click to expand...

Both agency leaders were appointed by POTUS Obama and their nominations were approved by the Democratic controlled Senate.

Now how in the world could any lobbying hanky panky take place with good Progressive democrats appointed by Dear Leader to watch over our health and safety?

Pink slime treated with ammonia to kill pathogens has been in our food a helluva lot longer than Obama has been in office. It's not a red or blue thing. It's a green thing.
S

Y U C K I'm glad my kids are grown and I don't have to deal with that. Although, growing up we was so Po I actually looked forward to eating that crap.

180gROC said:
Pink slime treated with ammonia to kill pathogens has been in our food a helluva lot longer than Obama has been in office. It's not a red or blue thing. It's a green thing.
Click to expand... 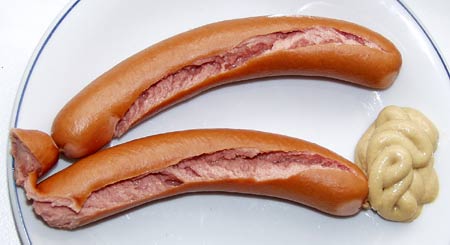 The Pink Slime wasn't banned by mcdonalds and other places because it was unhealthy or dangerous. They banned it because people found out and there was a public outcry.

yeah, give it to Mikey, he'll eat anything.

Pink slime's equivelant, is the lips and assholes commonly found in hot dogs and andouile sausage's

notorious bfg said:
it was on abc news last night. Seem's some broad in the usda was in cahoots with the beef lobby, allowed it's use, then retired from the usda to work for the main benefactor of her decision. Tyical buerocratic a-hole ( dont know how to spel buerocrat, sorry).
Click to expand...

the lobbyists are at the root of all evil

It's what's next, isn't it.
You must log in or register to reply here.