G Minor Track. Its 7.5 minutes. Feel free to use as much of the canvas as you desire. Enjoy!

If this is your first time, here are the guidelines.

What is it?
Every month I'll post a new backing track. It can be from any genre.
Download the track and record a solo over it.
Post your solo here along with what gear you used, recording equipment, and effects added. The more description you give the better.
I'm going to try and keep the backing tracks to under 2 minutes. Anything more is too daunting. Feel free to shorten it even more.
Try to get your recording in by the 3rd week of the month. We'll start over each month.
I'll take ideas on backing tracks so if you have a request, let me know.

Why do this?
Because it'll be fun!
I think this will be a great way to share ideas and see how each other interpret a piece differently. It will also be a good way to share recording techniques and receive overall feedback on our playing if we desire it.
This is NOT a competition!!!
Majority of people on here post great feedback in a helpful constructive way.

"But Bluto I'm scared!!!"
Look, I get it. Many of us are insecure about posting any of our own playing online. This is a safe place. I'm no guitar god. Keep it fun and I bet you'll learn a thing or two. If you're still unsure, read this: The Man In The Arena. Don't be that cold timid soul.

I hope it's in G-minor

HCRoadie said:
I hope it's in G-minor
Click to expand...

I can try to dig something up in G Minor

Ok, I have a track that I have purchased an educational license for this month. My source site for many of the tracks is now defunct. I'll shorten the track and publish. Just for HC Roadie, its in G Minor. .

Track is up. Top of thread

Orange Lester said:
Ok, I have a track that I have purchased an educational license for this month. My source site for many of the tracks is now defunct. I'll shorten the track and publish. Just for HC Roadie, its in G Minor. .
Click to expand...

Thanks. Just being silly, but I did stumble onto a few fun licks in Gm the other day.

Good one J keep up the great work mate!

Where the hell is everyone?

Using the Traditional on this one.... Gm presents some easy open D & G note options here and there....

About 50% done with my track for this month, then off to play catch up on the last couple. Lets hear some more, folks. This is a solid track with plenty of space

I did a second take with my Jazz box...

Para is that a new gold top you have there? Haven't seen you playing that one b4.. sounds sweet as and you're cutting sick as usual...

What I wanna know is where the hell is HCRoadie? He wanted Gm, he should know a post is mandatory after requesting and receiving. It's a bit like asking your wife to wear lingerie and then falling asleep...just not on!

gadafi said:
What I wanna know is where the hell is HCRoadie? He wanted Gm, he should know a post is mandatory after requesting and receiving. It's a bit like asking your wife to wear lingerie and then falling asleep...just not on!

I Suck! I try my best to honor my obligations. However, I dropped the ball on this one. I am very sorry. I could mention how travel for work threw some wrenches in my schedule, but I know that no one is interested in excuses. Please accept my most sincere apologizes. I will make a genuine effort to not let the MLP community down again.

Come on folks, let’s hit this one hard the next couple of days…HCRoadie, hit it when you have a bit of time. Work has been hell for me this summer. I totally get it.

Thanks for posting these

Been a little crazy here for awhile. Wife was in head on accident..a few months ago..car totaled airbag knocked her out but saved her.. She's OK now..but still seeing Doctors..

We are raising our almost 4 year old Grandson for most of his life..while his Dad my son,,works full time and goes to college and he and his girl (not baby's mom) also same..are caretakers for her Dad a great classically trained guitarist..but on SSI

Then a couple months now..my home was hit directly by Micro Burst that lifted the roof off a section and caused water damage in many places. It is a large home..and thankfully all the damage is not near my guitars..piano..amps..
HOWEVER..
Part of the roof ripped and lifted from wall..tarp covers a section about 40'..there is much more.. 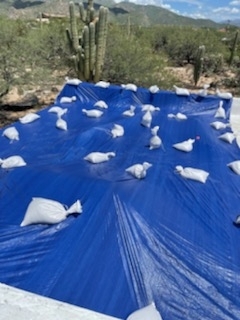 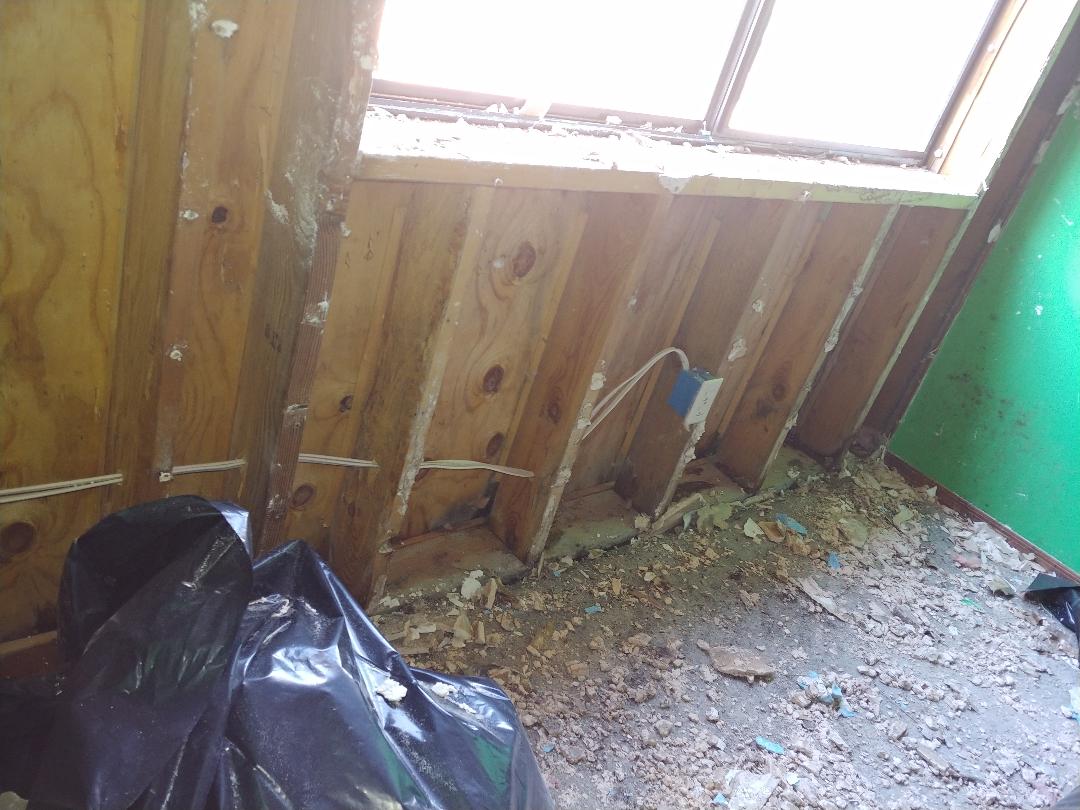 Much worse..
Monsoon here..Tucson averages 9-10" rain a year. 08/08 we had almost 5"s in 4HOURS. I have a basket ball hoop backstop and half court I did for the kids years ago. Backstop mounted on 2 1/2" pipe. IT IS LAID FLAT..70mph winds. My friend a mile away retired engineer..has rain gauges..wind all charted..his home hit too. We live at the base of the mountains here,,
Being an old moron Dago kid..I went up on roof..smashed my legs..an being a diabetic even in good control..legs would not heal..so seeing vascular surgeon tomorrow after intensive wound clinic..

So far this year over double the YEARLY rain..in a month..and it's pouring now..buckets getting filled in living room..where the OSB has collapsed..
So much damage here roofers are two months jammed..

Insurance estimate $40,000 so far..but all the personal things..wife's expensive furniture..and much more are now in a 17' Pod in my yard..packed full..no idea amount of damage as the room hit was son's old bedroom and we stored quite a lot..china brought from Italy by my Grandparents..other stuff inherited from wife's same.. Probably another $25,000..we'll see.
No claims people with all the damage nationally..so even Tucson is a Catastrophe Claim in my area..so insurance companies are stretched enormously..
So..naturally..
A Gila Monster got into wife's garage..we had endangered species folks take it as it had a leg stuck in a pack rat trap.. 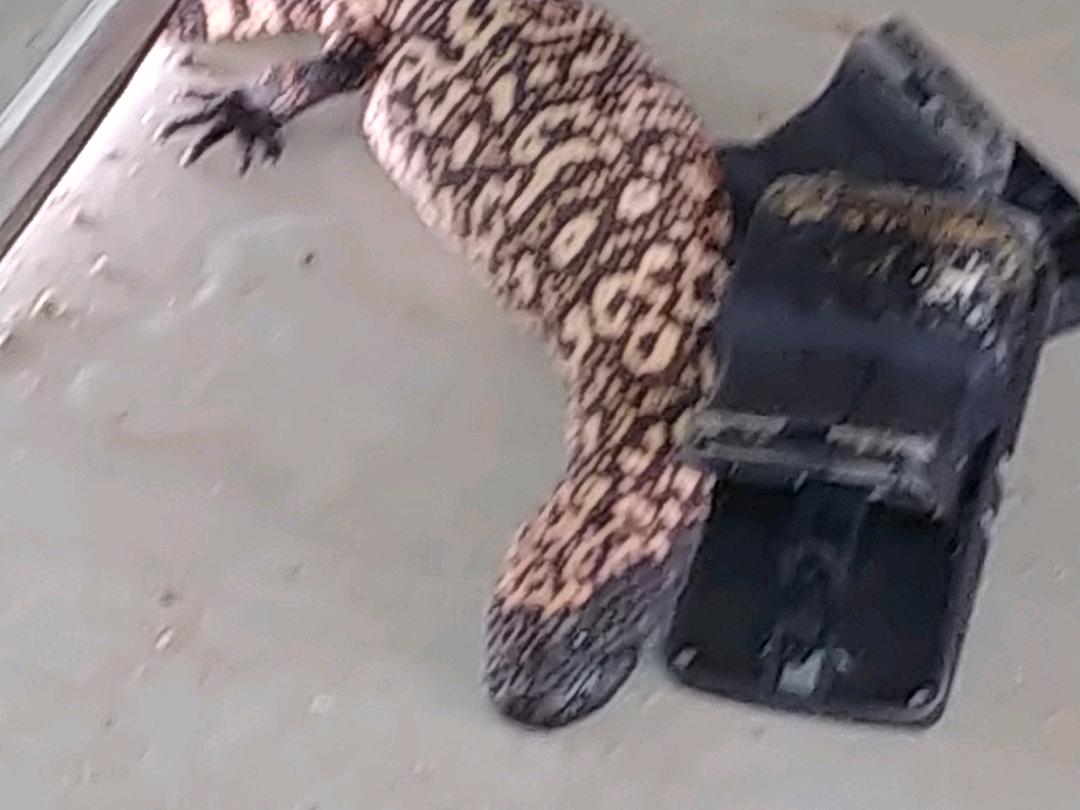 A couple days later..a smaller one..

Man that's some tough breaks Parts! Things must be due to turn around for you brother.

Better days coming..
You must log in or register to reply here.