WASHINGTONThe National Security Agency violated the Constitution for three years by collecting tens of thousands of purely domestic communications without sufficient privacy protection, according to a secret national-security court ruling.

In the strongly worded 2011 ruling, released Wednesday by the Obama administration, the court criticized the NSA for misrepresenting its practices to the court. It noted that the illegal collection was the third instance in less than three years in which the government made a "substantial misrepresentation regarding the scope of a major collection program," specifically how the NSA collected Internet communications and phone data.

The court ruling includes estimates suggesting the NSA collected as many as 56,000 purely domestic communications a year.

The once-secret order provided the clearest evidence yet of problems with the extensive interception network the NSA has created in the U.S., and further raises the prospects Congress may intervene to put new limits on NSA surveillance programs. It also provided an unusual behind-the-scenes peek at the interaction between America's spies and its secret judicial overseers, one of the few internal checks on the NSA's operations.

Robert Litt, general counsel for the Office of the Director of National Intelligence, said Wednesday that the illegal collection stemmed from a technological problem the NSA itself uncovered, and that it wasn't an intentional effort to collect American communications.

To fix the problem, the NSA devised a new set of procedures for handling the Internet traffic in question. It also purged its databases of all the datadomestic and foreigncollected under those programs during the three years of unlawful collection, according to a senior intelligence official.

On Wednesday, The Wall Street Journal reported new details about the NSA's domestic Internet surveillance system, which it uses to hunt for foreign intelligence. Through relationships with telecommunications companies, the NSA's system covers roughly 75% of U.S. Internet communications.

The companies send the NSA streams of data from their networks likely to contain foreign intelligence, including the contents of communications it gets from intercepts at key U.S. Internet nodes. The NSA then sifts that data based on its search criteria. The companies must provide whatever the NSA requests, as approved by a broad order from the secret court.

As part of that collection system, the NSA inevitably picks up purely domestic communications, because so much overseas and U.S. traffic is commingled in the same fiber-optic cables and other communications lines.

What prompted the court's rebuke was the NSA's practice of retaining entire bundles of communications trapped by the system described by the Journal, even if it needed only one particular instance. Officials gave the example of a screen shot of emails that appear on a Web page, which could be sucked into the system even if they wanted only one message.

As a result, from 2008 to 2011 the NSA collected communications that included purely domestic ones and didn't take sufficient measures to protect the privacy of those individuals, the 2011 opinion found.

The NSA discovered the issue in 2011 and reported it to the Foreign Intelligence Surveillance Court that oversees NSA collection. The court ruled the NSA's Internet spy program was "in some respects, deficient on statutory and constitutional grounds."

The NSA worked with the court to bolster the safeguards for Americans' communications, and the collection continues today under these enhanced protections. That means the NSA still obtains many purely domestic communications, but handles them with greater care.

Mr. Litt, of the Office of the Director of National Intelligence, said the fact that NSA caught the issue, reported it and engaged with the court to remedy it showed there is "robust, vigorous, multilayered oversight" of these spy activities. He said in 2009 NSA moved to improve its ability to detect mistakes when it added a compliance officer and expanded its compliance staff to more than 300.

Because the NSA manages so many people and such volumes of data, Mr. Litt said, "there are going to be mistakes and errors from time to time," and there is a system in place to minimize mistakes as well as to identify, report and fix them.

Still, the rulings show the extent of the court's frustration with the NSA's handling of the collection programs. Judge John Bates found that the size and nature of the privacy intrusion were "substantial."

One opinion, from October 2011, sharply criticizes the government's rationale that unintentional collection of Americans' data is simply a failure of their technical abilities. "When the collection device acquires such a transaction, it is functioning precisely as it is intended, even when the transaction includes a wholly domestic communication."

The court also faulted the NSA's initial proposal to fix the problem, saying that rather than minimize or destroy any data collected about Americans, the agency's plan "tends to maximize the retention of such information, including information of or concerning United States persons with no direct connection to any target."

The court also faulted the NSA for not exploring other ways to reduce the amount of domestic communications it collects.

"The government has failed to demonstrate that it has struck a reasonable balance between its foreign intelligence needs and the requirement that information concerning United States persons be protected," wrote Judge Bates.

Under the statute, the government was allowed to continue the collection that the judge had found unconstitutional for 30 days, while it worked to improve its collection process, according to another court document written by the judge.

The government still faced another problem: what to do with all the communications it had already gathered in previous years that contained wholly domestic messages. It purged the data wherever it could be found.

In November 2011, the court ruled that the new collection restrictions corrected the problems, and Judge Bates reaffirmed that finding a year later.

"Taken together, the remedial steps taken by the government since October 2011 greatly reduce the risk that NSA will run afoul'' of the surveillance law, he wrote in September 2012.

The documents also hinted at the relative value of some of the NSA's intelligence programs. While the NSA's intercept programs cast a wide net across the U.S. communications, the amount of communications the NSA ultimately keeps through this method is relatively smallaround 25 million a year out of 250 million Internet communications collected.

In July 2012, Sen. Ron Wyden (D., Ore.) persuaded the Director of National Intelligence to declassify the fact that NSA had violated the Fourth Amendment, which prohibits unreasonable searches, at least once. On Wednesday, officials said this violation was the one Mr. Wyden had been concerned about.

While Mr. Wyden commended the additional disclosures, he said the episode was further evidence that current surveillance law "is insufficient to adequately protect the civil liberties and privacy rights of law-abiding Americans and should be reformed."

On the House side, Reps. John Conyers Jr. (D., Mich.), Jerrold Nadler (D., N.Y.) and Robert Scott (D., Va.) said in a joint statement that Congress needs to respond to the disclosures about privacy violations and the broad surveillance infrastructure the NSA has assembled in the U.S. They called for congressional action to limit some NSA programs and improve oversight.

Civil libertarians called on Congress to curb NSA surveillance. The court rulings show "how incredibly permissive our surveillance laws are, allowing the NSA to conduct wholesale surveillance of Americans' communications under the banner of foreign intelligence collection," said Jameel Jaffer, legal director for the American Civil Liberties Union. "This kind of surveillance is unconstitutional, and Americans should make it very clear to their representatives that they will not tolerate it."

Doesn't matter, I bet most of them had nothing to hide anyway. No reason for concern.

Terror laws will be used to intimidate and harass those who shine a light...

'Sending a message': what the US and UK are attempting to do | Glenn Greenwald | Comment is free | theguardian.com

Guardian editor-in-chief Alan Rusbridger on Monday night disclosed the remarkable news that UK authorities, several weeks ago, threatened the Guardian UK with prior restraint if they did not destroy all of their materials provided by Edward Snowden, and then sent agents to the basement of the paper's offices to oversee the physical destruction of hard drives. The Guardian has more details on that episode today, and MSNBC's Chris Hayes interviewed the Guardian's editor-in-chief about it last night. As Rusbridger explains, this behavior was as inane as it was thuggish: since this is 2013, not 1958, destroying one set of a newspaper's documents doesn't destroy them all, and since the Guardian has multiple people around the world with copies, they achieved nothing but making themselves look incompetently oppressive.

But conveying a thuggish message of intimidation is exactly what the UK and their superiors in the US national security state are attempting to accomplish with virtually everything they are now doing in this matter. On Monday night, Reuters' Mark Hosenball reported the following about the 9-hour detention of my partner under a terrorism law, all with the advanced knowledge of the White House:

One US security official told Reuters that one of the main purposes of the British government's detention and questioning of Miranda was to send a message to recipients of Snowden's materials, including the Guardian, that the British government was serious about trying to shut down the leaks."
Click to expand...

they walked all over the 4th amendment. let them get away with it, and pretty soon the Constitution will just be toilet paper

watch this. Judge Napolitano made some great points... (its less than 4 minutes)

Judge Napolitano: We should be 'grateful' for NSA leak | Fox News Video

they walked all over the 4th amendment. let them get away with it, and pretty soon the Constitution will just be toilet paper

watch this. Judge Napolitano has some great points here...

Judge Napolitano: We should be 'grateful' for NSA leak | Fox News Video
Click to expand...

I didn't think it needed to be purple.

Howard2k said:
I didn't think it needed to be purple. 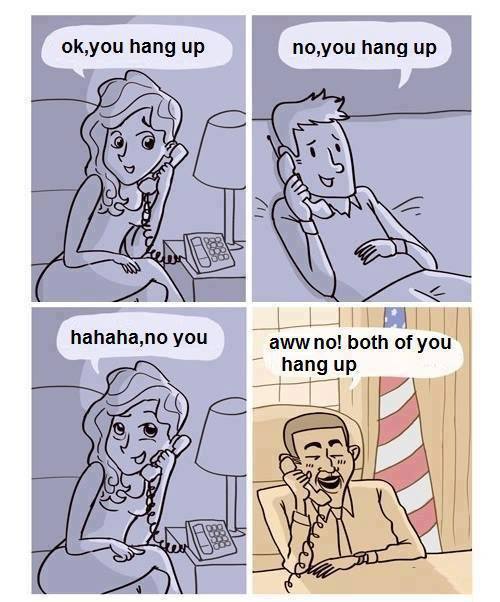 I guess they can change the name of the secret court now...
You must log in or register to reply here.