Reunited with my R0

This year I’ve sold several of my guitar to help pay for my R9. One of the sacrifices Guitars was my Guitar Center Exclusive R0, sometimes referred to as G0, since their serial numbers usually started with G0.

Most of you are probably familiar with G0s, but for those who aren’t, they are Guitar Center exclusive R0s. Regarding build, mine was built in 2017, has long neck tenon, custom bucket pickups and everything a regular R0 had. The differences are that G0s didn’t have pointers (thumb bleeders), it came with lightly figured/plainer top, and they were only available in gloss finish (no VOS). If I remember correctly R8s in 2017 were about $2,000 cheaper than R9s and R0s. The G0 was priced similar to an R8 at the time.

Anyway, I recently saw my R0 at my local Guitar Center. I told them my story and they sold the guitar back to me at cost. I traded in two guitars to get my R0 back. 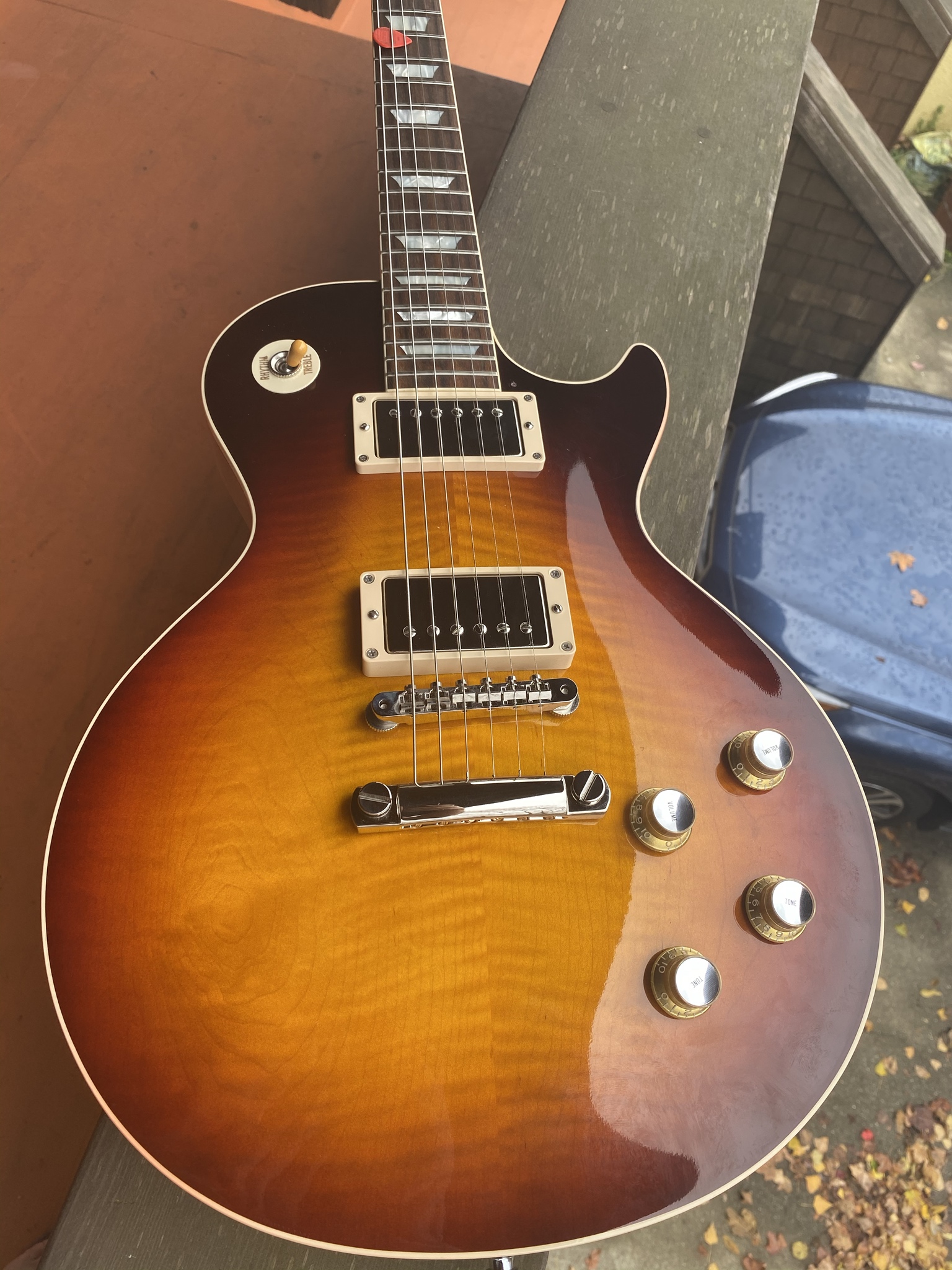 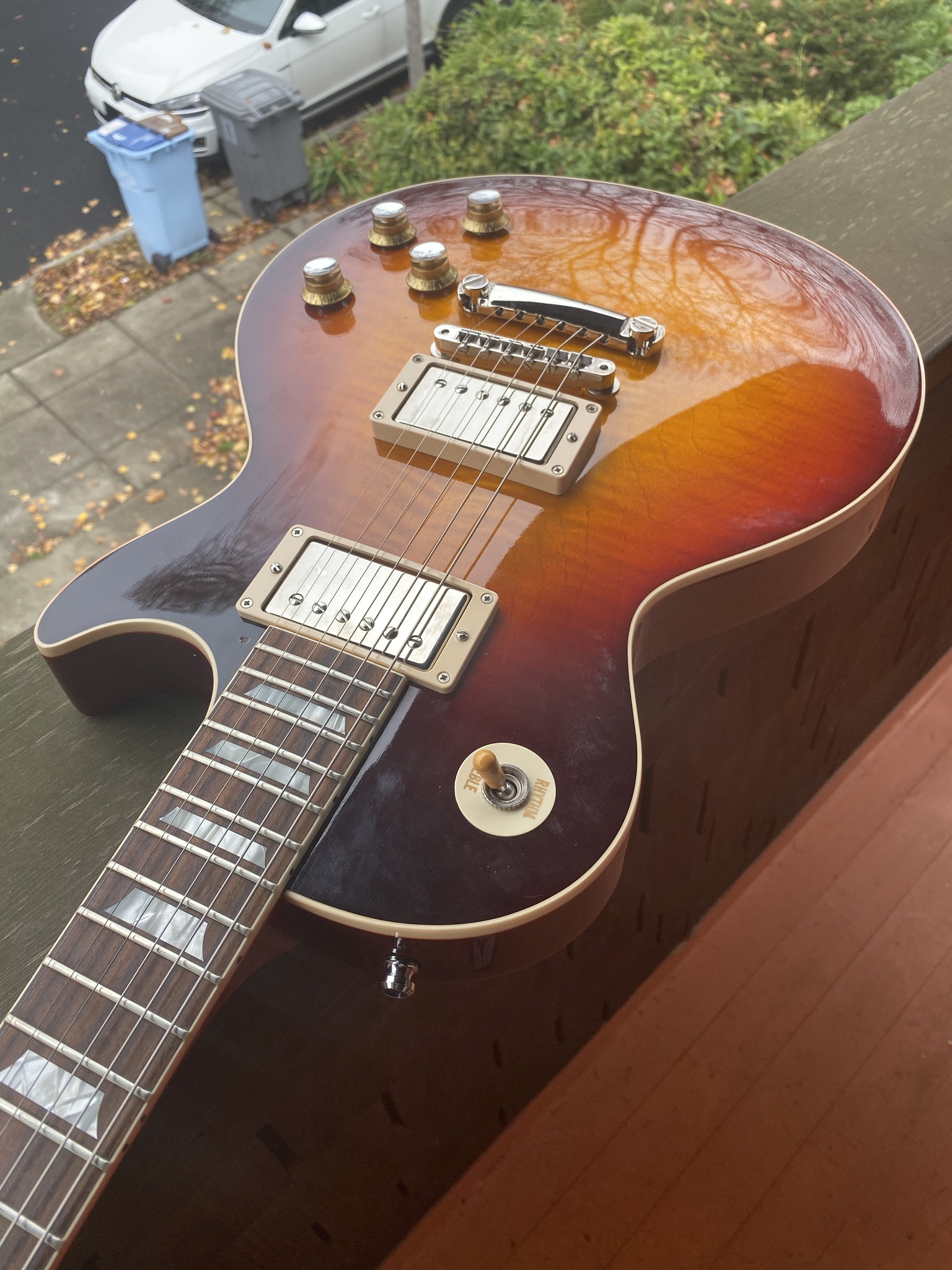 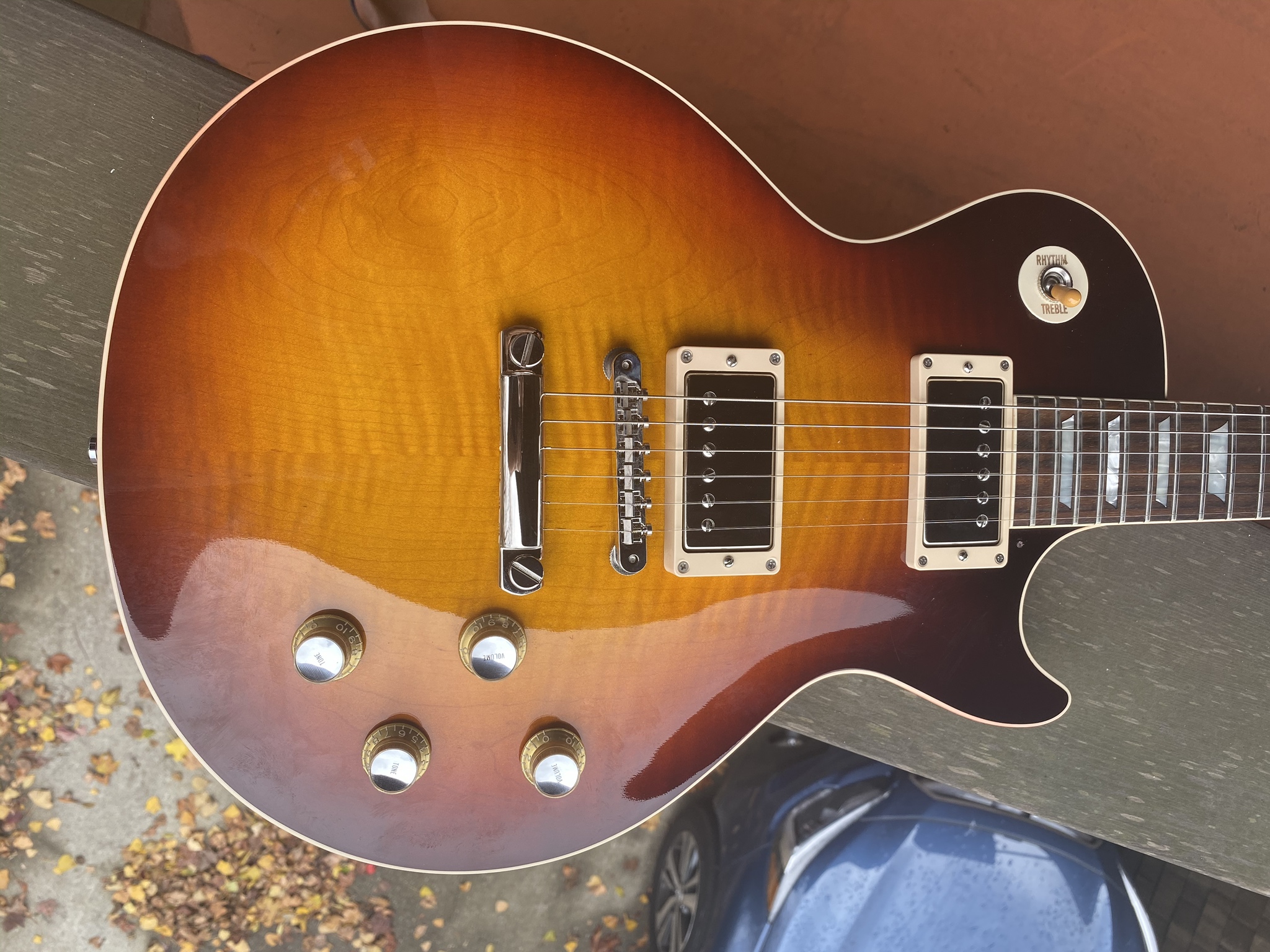 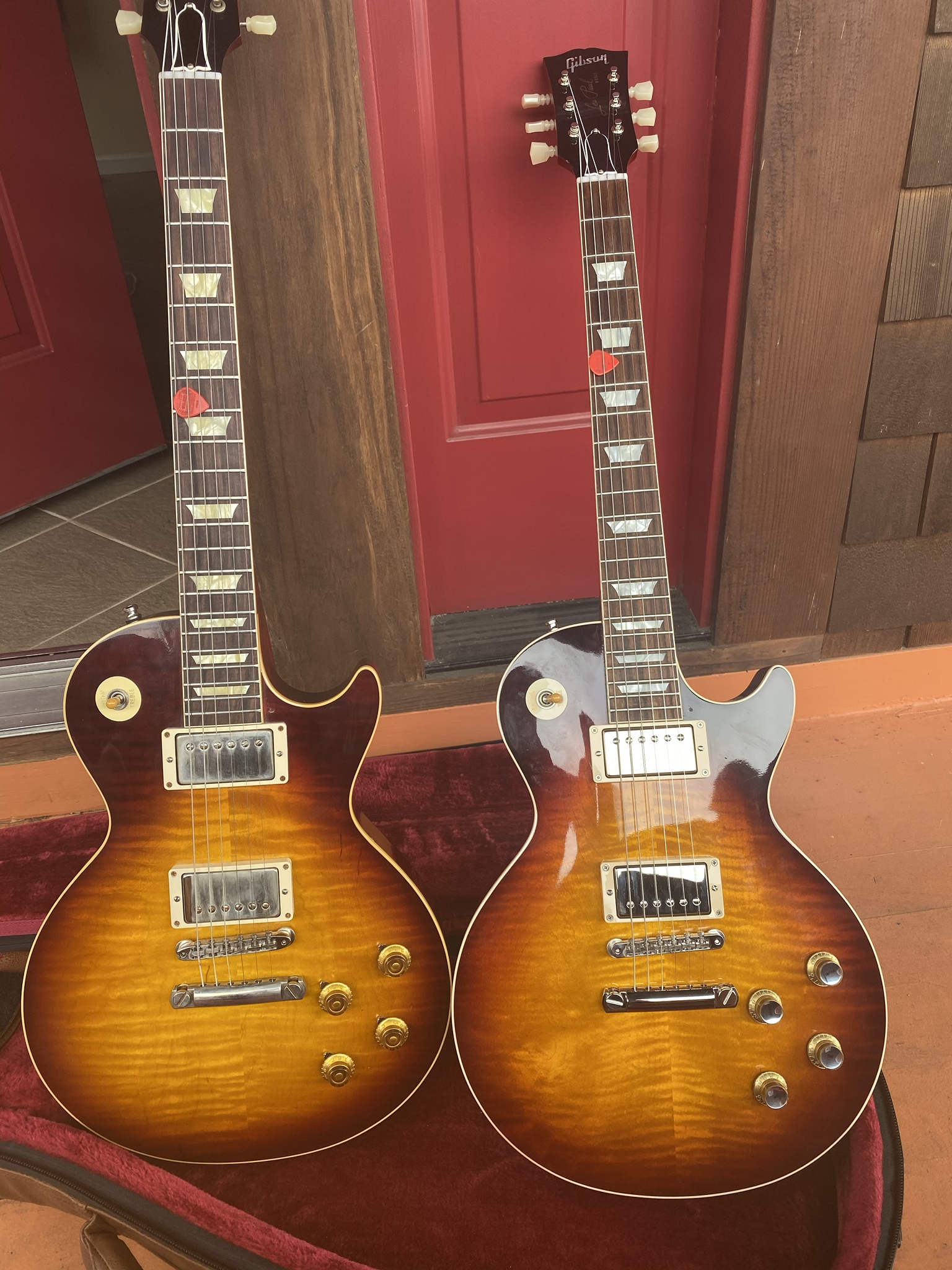 The flame on this guitar is super photogenic. It only shows at certain angles. I was trying to get one where it looked plainer, but the flames just kept popping out.

Really nice! Congrats on getting it back!

Very nice, congrats on getting it back, it's a nice feeling.

Congrats man! What I would do to get back my first Les Paul. Glad to see you reunited.

I would G0 for either of those-yuk yuk happy its back in your life!

Great news but that ain't no plain top!

musicmaniac said:
Great news but that ain't no plain top!
Click to expand...

It’s lightly figured in most angles, almost plain in others, and heavily figured in others or when it know its picture is being taken. 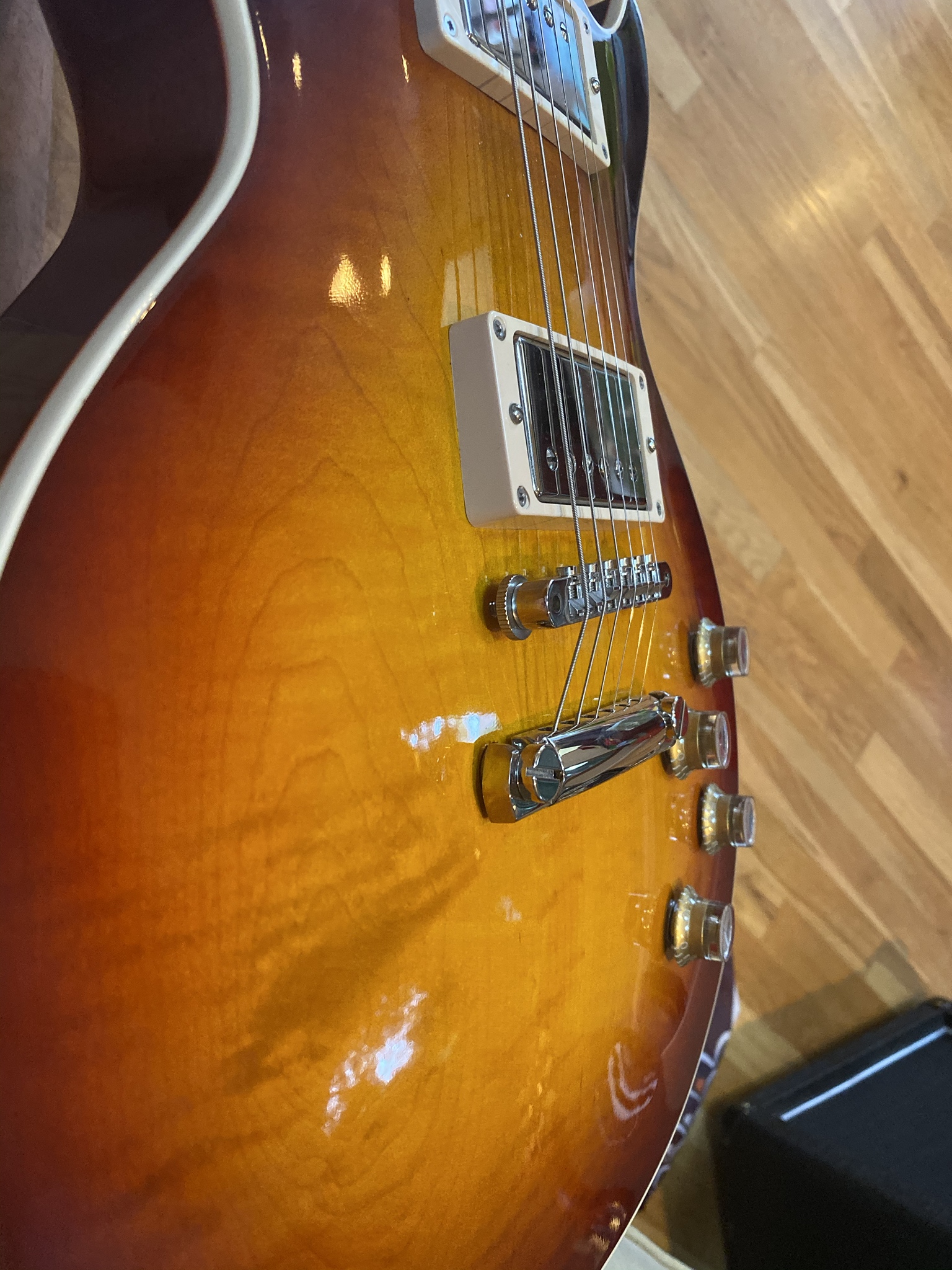 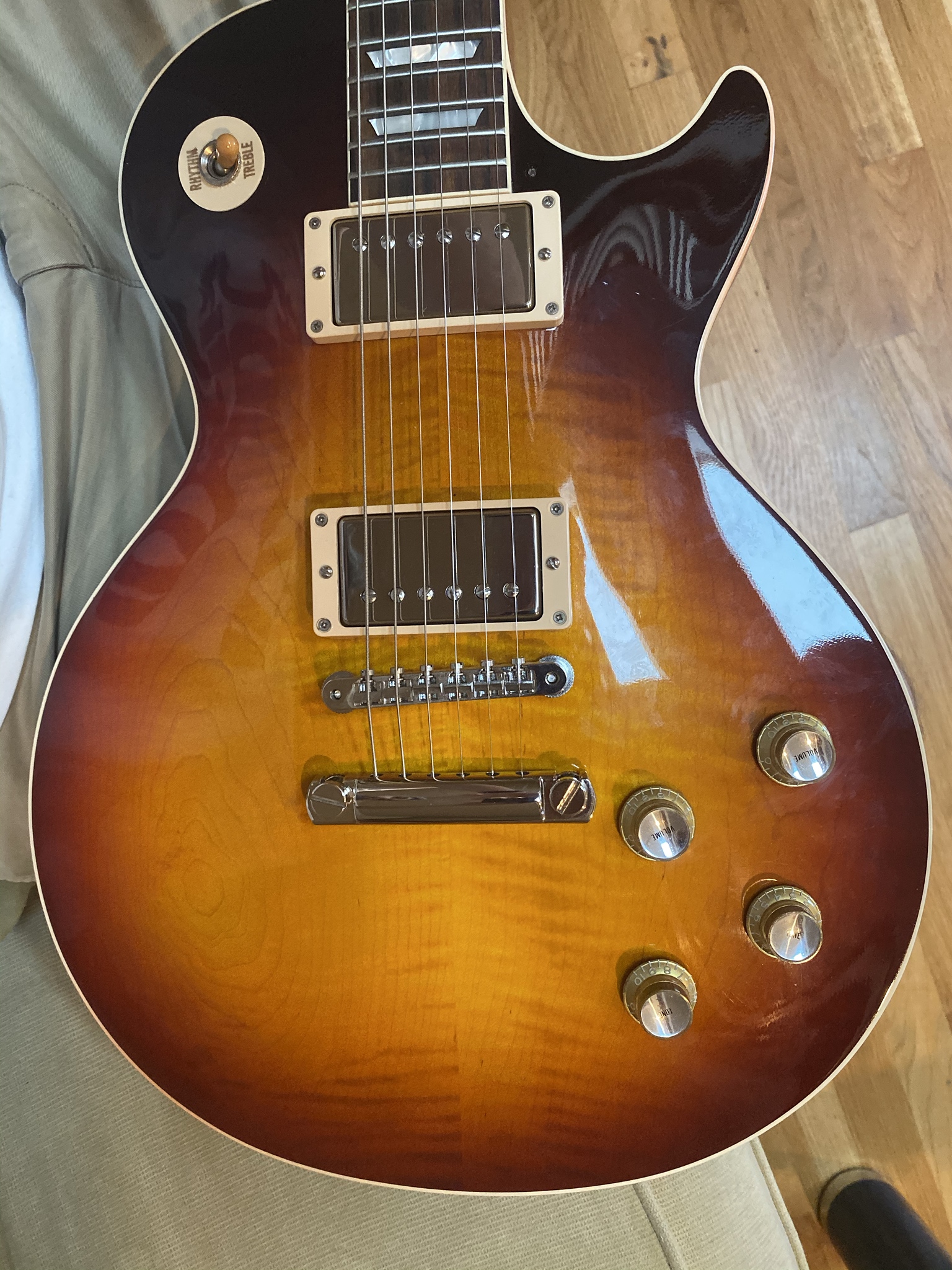 See how some of the flames disappear on the opposite side of the controls? Sometimes they get completely hidden on that side.

Anyways, the later years of those G0 got some really interesting tops. I think mine was listed as Lightly Figured and I believe it is the PG 129, which I assume means the finish is based of the 1959 Les Paul found on page 129 of beauty of the burst. Of maybe mine was the finish prior to the PG 129 run. 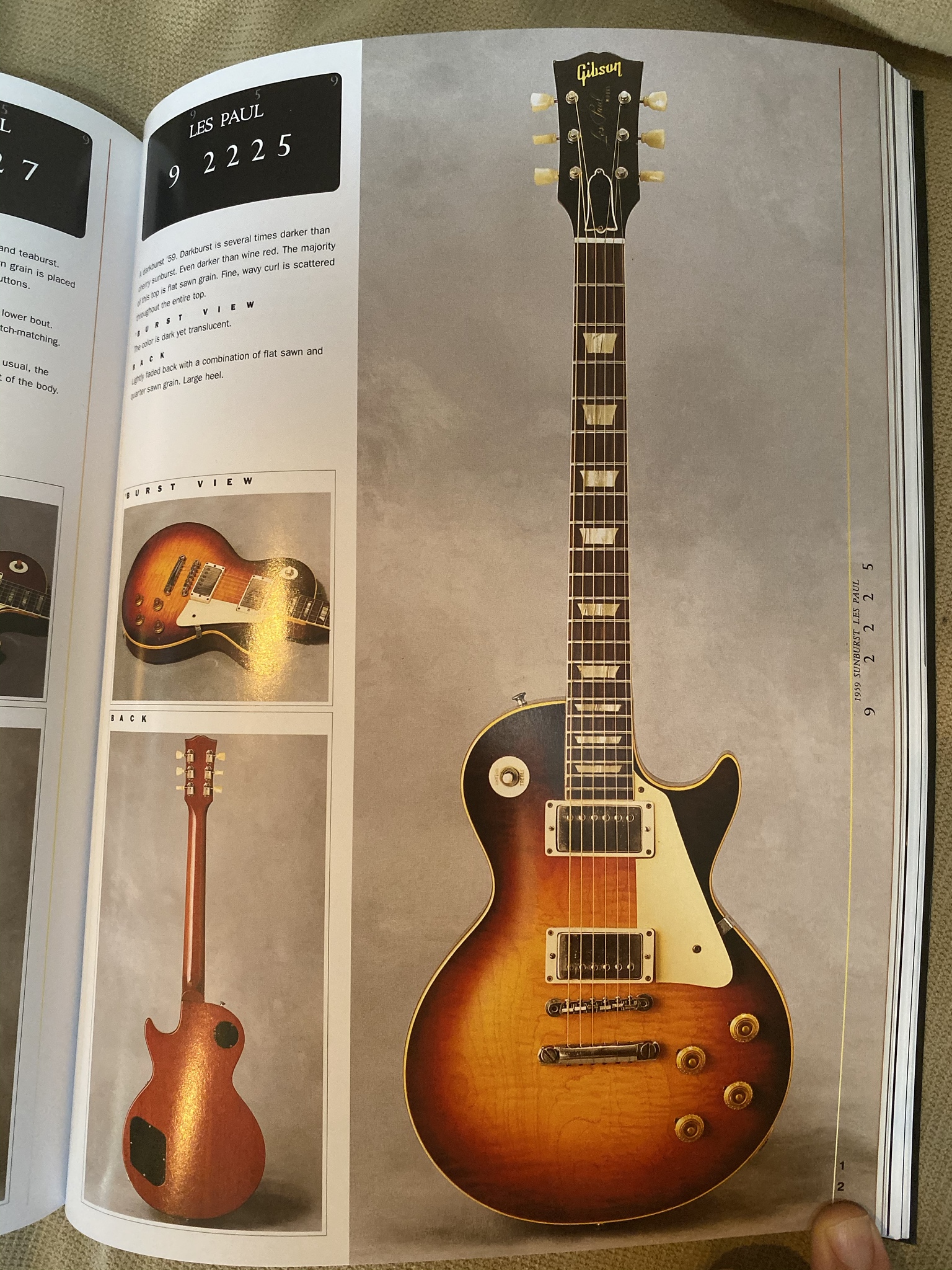 Reunited... and it feels so good!

Congrats. Love those. Your type is close to my type, but I walk the street a bit... Enjoy!

I've been fortunate enough to be re-united with TWO guitars that I owned and sold. It's a really special feeling. Congrats and nice guitars!!

Congrats on BOTH guitars. Great story and thanks for sharing.

strat1701 said:
I've been fortunate enough to be re-united with TWO guitars that I owned and sold. It's a really special feeling. Congrats and nice guitars!!
Click to expand...

It is indeed a very special feeling, especially when it involves an instrument of this caliber. I needed a temporary break from thinner necks. It was a mistake to use the R0 and not another guitar to help pay for my R9. I've learned my lesson and I'm happy I was able to undo my mistake. I still find the neck on the R9 a bit more comfortable, but the R0 is also getting plenty of paying time.

I recovered one that got away. Great feeling isn't it?

Uncle Vinnie said:
I recovered one that got away. Great feeling isn't it?
Click to expand...