Great story.....I know you are very happy about this.

Ton of Tone said:
I played this exact guitar 40 years ago (when I was 15). This band was my first paying gig, making $75/night and having the time of my life. I was just a kid and the other band members were much older and took me in like a son. The daughter of the lead singer/bass player invited me to his 80th birthday party last weekend. After we spent the day talking about the good old days, he had me follow him out to his van, where he pulled out a hard shell case that made my heart stop. I knew that case. I opened it up and saw the guitar that I played so long ago. It looked exactly the way it did back then. He bought it from the guy I sold it to. He didn't play guitar, so the only reason I can think of why he bought it was to wait for this day to come. I told him I had to have it and he said that with me is where it belongs. I asked him what he wanted for it and he told me $500, which is what he paid for it 38 years ago. Meeting up with him and this guitar again made for quite a memorable day. One that I will never forget. 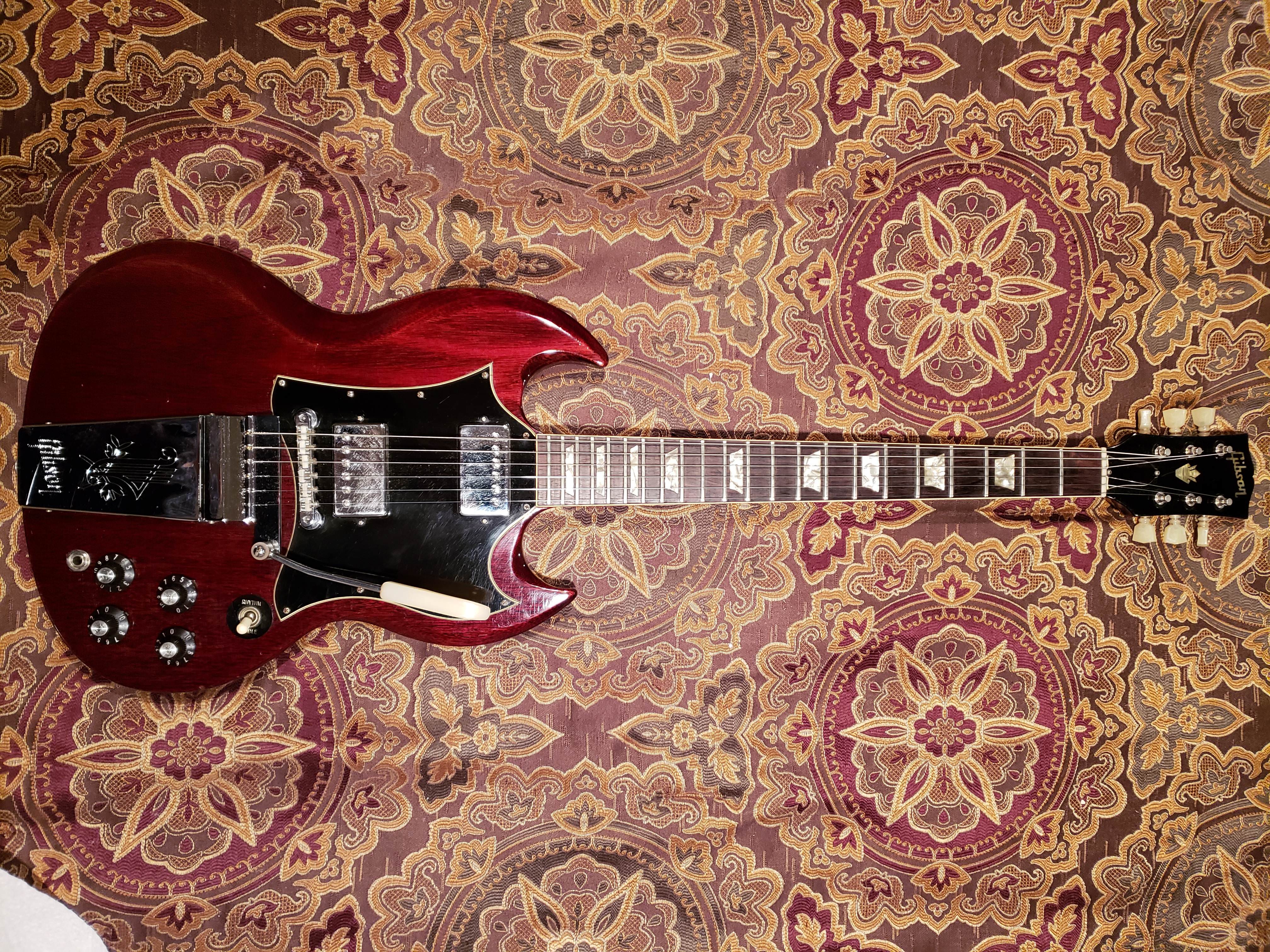 That is awesome. Congrats!

Great story. Thanks for sharing.

That thing is beautiful. What a great story. Thanks for sharing.