Someone asked the other day, 'What was your favourite 'fast food' when you were growing up?'
'We didn't have fast food when I was growing up,' I informed him.
'All the food was slow.'

'Mum cooked every day , we sat down together at the dining room table,
And if I didn't like what she put on my plate, I was allowed to sit there until I did like it.'
By this time, the lad was laughing so hard I was afraid he was going to suffer serious internal damage, so I didn't tell him the part about how I had to have permission to leave the table.
But here are some other things I would have told him about my childhood if I'd figured his system could have handled it:

Some parents NEVER owned their own house, wore jeans, set foot on a golf course, travelled out of the country or had a credit card.
My parents never drove me to school ...I walked.
We didn't have a television in our house until I was 28.
It was, of course, black and white, and the station went off the air at 10 PM, after playing the national anthem and epilogue; it came back on the air at about 12 noon.
Pizzas were not delivered to our home ... But milk and Coal was.
All newspapers were delivered by boys and all boys delivered newspapers — I delivered a newspaper, seven days a week. I had to get up at 5.30 every morning except Sunday when I had a lie-in until 6.30.

Film stars kissed with their mouths shut. At least, they did in the films. There were no movie ratings because all movies were responsibly produced for everyone to enjoy viewing, without profanity or violence or almost anything offensive.
If you grew up in a generation before there was fast food, you may want to share some of these memories with your children or grandchildren. Just don't blame me if they bust a gut laughing.
Growing up isn't what it used to be, is it?
MEMORIES from a friend:

My Dad is cleaning out my grandmother's house (she died recently) and he brought me an old lemonade bottle.
In the bottle top was a stopper with a bunch of holes in it. I knew immediately what it was, but my daughter had no idea.
She thought they had tried to make it a salt shaker or something. I knew it as the bottle that sat on the end of the ironing board to 'sprinkle' clothes with because we didn't have steam irons. Man, I am old.

How many do you remember?
Headlight dip-switches on the floor of the car.
Ignition switches on the dashboard.
Trouser leg clips for bicycles without chain guards.
Soldering irons you heated on a gas burner
Using hand signals for cars without turn indicators.
1. Sweet cigarettes
2... Coffee shops with juke boxes
3 .. Home milk delivery in glass bottles
4... Party lines on the telephone
5.. Newsreels before the movie
6. TV test cards that came on at night after the last show and were there until TV shows started again in the morning.
(There were only 2 channels [if you were fortunate] )
7.. Peashooters
8. 33 rpm records & 78s
9. 45 rpm records
10. Hi-fis
11. Metal ice trays with levers
12. Blue flashbulb
13. Cork popguns
14.Wash tub wringers
If you remembered 0-3 = You're still young
If you remembered 3-6 = You are getting older
If you remembered 7-10 = Don't tell your age
If you remembered 11-14 = You're positively ancient!

I remember ALL that stuff.......funny, I don't feel ancient

Thanks for the memories, Lanc. My first car had the dipswitch on the floor. Washer fluid too. Sooo much fun in that car.

Those things were a lifetime ago. But I remember them. I still own a car with the dimmer switch on the floor.

Back in the 60's it was great fun to make our own root beer (Hires). Usually turned out flat!

I remember the headlight dimmer switch on the floor and no seat belts. When I was a kid I used to hang around a gas station and there was an old car on the lot that to start it you pushed down on the gas pedal. That's where the starter switch was.

Glass milk bottles were still around when I left back in 2003.
Local milkman .

My grandma had one of those wringers for a long time, it was her mother’s so she kept it .

Right up to when my son left, we still sat down for dinner. It was the way I grew up and I kept that tradition. Much nicer if fsmily are home together.
My son also hates fast food. He is only 23.

I remember most of the things on that list. Sigh, I was already feeling old, yesterday was my 56th birthday.

I can remember them all and then some. I remember visiting my cousins up in your neck of the woods and using an outside loo and they had a tin bath. My uncles car had a starting handle and he’d stick his arm out of the window to indicate where he was going. The first time my kids sat and listened to myself and some of my brothers and sisters reminiscing they were laughing hysterically but were also fascinated by our stories.

I'm ancient. Like I said yesterday, I belong to the generation where one of us dies every 20 seconds.

Sticking your arm out the window and hanging it down to indicate you were about to slow down.

I try hard to not be relevant. I just got back from my cabin that has no electricity or phone service. Everybody had a blast. I just fed my daughter eggs and toast. We sat down together for breakfast before school. I make coffee from a stove top percolator. I remember the good old days because I caught the tail end but also because my dad was a believer in simple things that worked and lasted.

I remember all that shit.

Someday, there will be a thread dedicated to remembering:

I remember those lever-action metal ice cube trays from when I was a kid at my G'mas house.

...seem to remember they worked better and lasted longer than the plastic ones you twist to break the ice loose.

she had a scary 'fridge in the basement too that was enormous and had some kind of large lever-action handle that locked the door.

"I remember when someone would copy/paste another author's work, and credit the author." -Who_MLP_11.9.2017-

Malikon said:
she had a scary 'fridge in the basement too that was enormous and had some kind of large lever-action handle that locked the door.
Click to expand...

My grandma probably had the same scary fridge in her basement!

you'd close the door and the handle would jump and slap into the door. It was loud...and heavy.

Malikon said:
I remember those lever-action metal ice cube trays from when I was a kid at my G'mas house.

...seem to remember they worked better and lasted longer than the plastic ones you twist to break the ice loose.

she had a scary 'fridge in the basement too that was enormous and had some kind of large lever-action handle that locked the door.
Click to expand...

Who said:
I remember when someone would copy/paste another author's work, and credit the author.

Soul Tramp said:
Those things were a lifetime ago. But I remember them. I still own a car with the dimmer switch on the floor.

Back in the 60's it was great fun to make our own root beer (Hires). Usually turned out flat!
Click to expand...

Ha, when I bought my 67 Mustang I actually called my dad up and asked him what the button on the floor was for

Thanks for the trip down memory lane.

Yes I remember all the above. I had forgotten many until you posted them.

Who said:
I remember when someone would copy/paste another author's work, and credit the author. 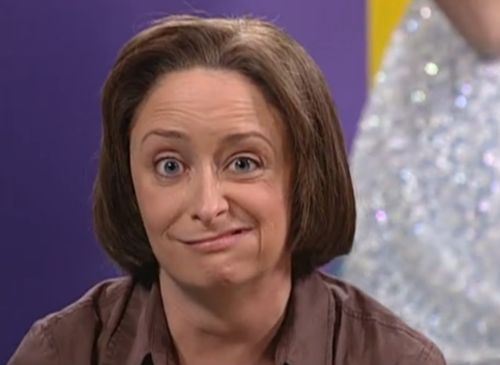