View media item 105802I'm starting a travel guitar project and picked up a nice piece of Purpleheart for some accent strips. I found a nice piece with some flame in it. I started getting it ready to glue up today for the center section of the body. As I began to sand it on the belt sander, it started getting more of a brown sheen to it.

You can see from the pics (although it doesn't show it well) that the one on the bottom doesn't look as purple as the top one that hasn't been sanded.

Will the good purple come back as I continue to sand with higher grits and apply a clear finish to it? 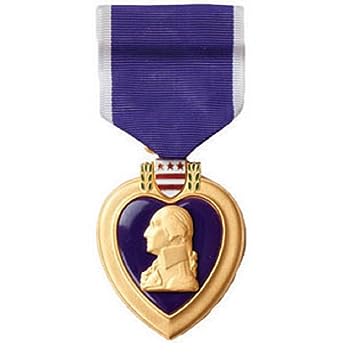 Worry not, the color will come back.

The heat from sanding causes the color change. Give it a day or so, and it should be back to bright purple. Further sanding will do the opposite. Let it sit after sanding before you finish it to get the purple back and keep it that way.

I did a decorative cutting board for a friend out of it, and the only parts not purple are the burned decorative image.

Yes, the color will come back. I can't remember if it's from exposure to UV (sunlight) or oxidation but one or the other is needed to bring out the purple color.

However, I also seem to recall that if you leave purpleheart out in the sun for too long, that purple will fade away, too.

What some people do to keep that color is to cheat a little and use purple dye (as lightfast as you can find) to help it to stay purple for longer.

For the clearcoat or whatever finish you're going to apply to it, try to get a UV protective product so as to improve the lifespan of the natural (developed) color, too.

I think it is UV sunlight exposure. I just had a conversation regarding this with someone yesterday. As cmjohnson states, you have to be careful though because you can get the purple back after sanding by exposing to UV sunlight but don't let it sit too long as it will start to go brown in colour off the purple. Watch carefully and when it gets back to purple hide it away. Again as cmjohnson says. I guess this was a redundant post but I'd like to confirm because I just had this conversation.

I just cut some wenge and it was a nice yellow colour within the grain and it's starting to fade a bit, which I knew would happen. I think in the case of wenge it is the oxygen that turns it? cmjohnson?? ;-) My shop is very dark and I put it back in the bookmatch but it's a glued up top now and will keep it down until I cut.

Another vote for UV exposure. I use purpleheart for my ukulele fretboards fairly often, and when I thickness plane it, it turns brown as you mentioned. I put it out in the sun for a few hours and it turns back to almost the original shade of purple. I think exposure to air also plays a part, because boards I've planed and left out of the sun eventually turned purple again as well, but it took a few days.

Can't find the article, but IIRC, the purple color comes from oil surfacing and oxidizing. Heat from sanding has nothing to do with the color change, although it is really easy to burn it when you sand it. You can carve a piece off with a knife and it will be brown at the cut. Give it a couple of days and it will come back. I've made purpleheart martial arts weapons for years and have never run across anything that reliably restores the color quickly.

Hey Bobby, I doubt too many people will confuse Purpleheart with a Purple Heart in a luthiers forum .

Thanks for the replies. I wasn't too worried about the side that I took the picture of, that is actually a gluing surface. The edges are the only thing that is going to show but I wanted to make sure.

Make sure you wipe the purpleheart with acetone just before gluing.

That's good advice for any hard oily wood. When I made my guitar with the Mexican Cocobolo neck I did that and had absolutely no trouble with glue bonding. Cocobolo is known for its oily character and being difficult to glue.

A number of years back I had a discussion, you might even call it an argument, with a fairly well known luthier who makes very well regarded flattop acoustic guitars.

I had found, if you can believe this, veneer thin sheets of a variety of purpleheart being used as a protective wrap around a large pallet of imported hardwoods, at a local lumber store. I grabbed some of that veneer, which was grey-brown, and upon exposure to sunlight it turned purple. I also discovered that excessive exposure to sunlight would turn it back to grey-brown again.

I described this and that luthier said "No way! Purpleheart doesn't do that!" I said, Yes, this does. He said, "If you can prove that I'll make you a guitar." I sent him a piece.

It did exactly what I said. He admitted that.

I never got the guitar.

No need. I was not confused in the slightest.

One thing to note is that there are different species of wood labeled "purple heart" (or purpleheart). Some are purple when cut and sanded and then turn brown with UV exposure, while others are brown when cut and sanded and then turn purple when exposed to UV. I have used both (and have a little of each still). They are both coarse grained, splinter like made, and are plenty hard. Whenever there is a color change due to sanding and cutting, that color will not last. That goes for pretty much any wood, since presumably the color it was prior cutting was due to UV exposure or oxidizing.

paduak does that. When it's cut, it's pumpkin orange. Exposed to open air for a few months, it's chocolate brown.