Updated pic of the Bullet. Now with a tone control, a .022 cap and Tele knobs.

Little bit of everything

Vintage Thomas Blug - now has the EMG David Gilmours in it that are shown in the blue strat
Squier Vintage Modified 70s - scalloped ala Blackmore, got rid of the middle pickup and put in a CS69 in the neck and bridge
2012 MIM Deluxe Strat - Now has a set of Seymour Duncan Antiquity Texas Hot....holy cow those are nice pickups
2015 Fender 10 for 15 Blackout - pair of Seymour Duncan Slash pickups and a ebony board. Killer
1979 Strat - sparkly clean 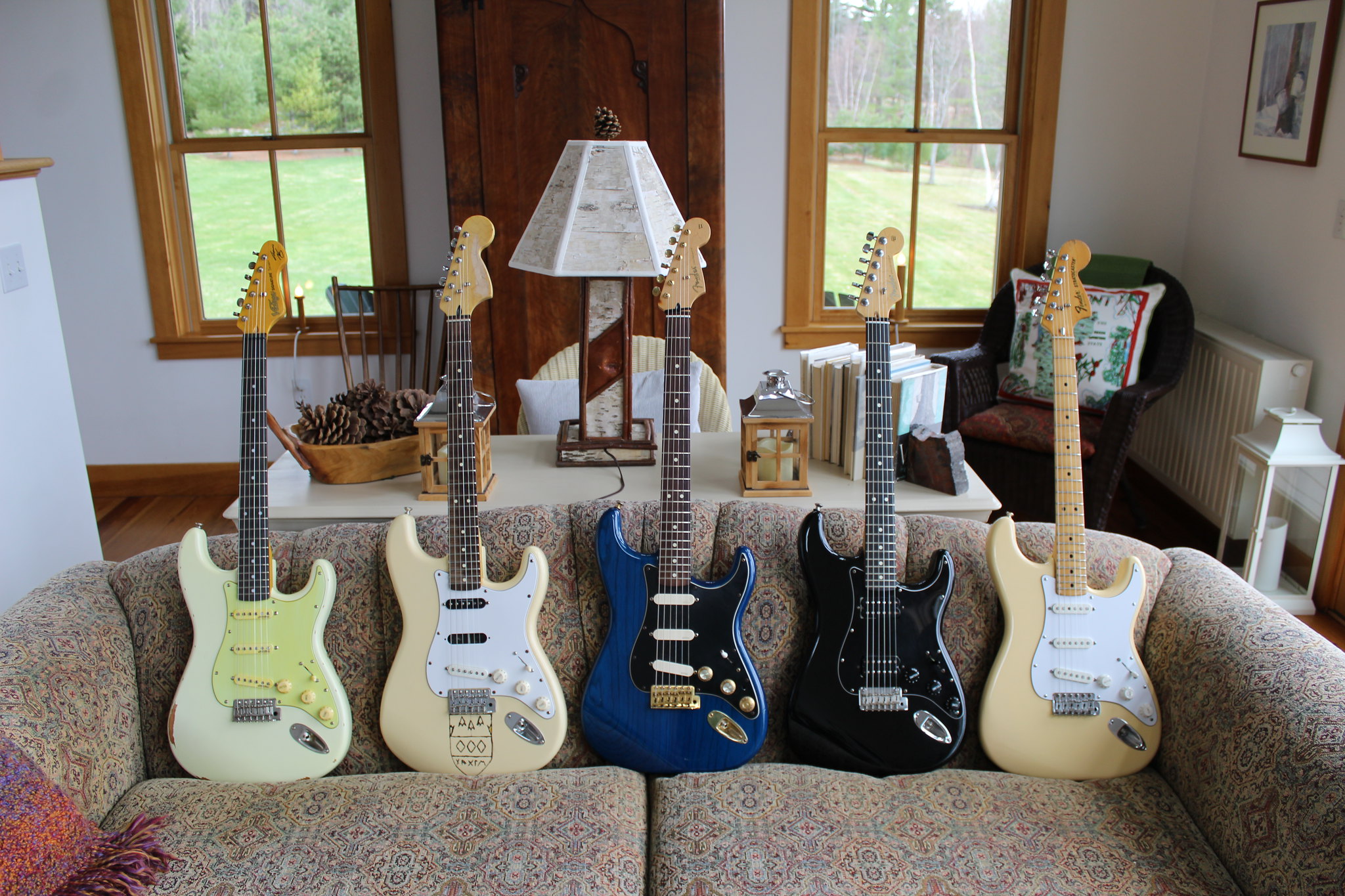 Here’s another one of mine. It’s an AVRI 59 thin skin . A pre wedding present from my wife of 9 years. 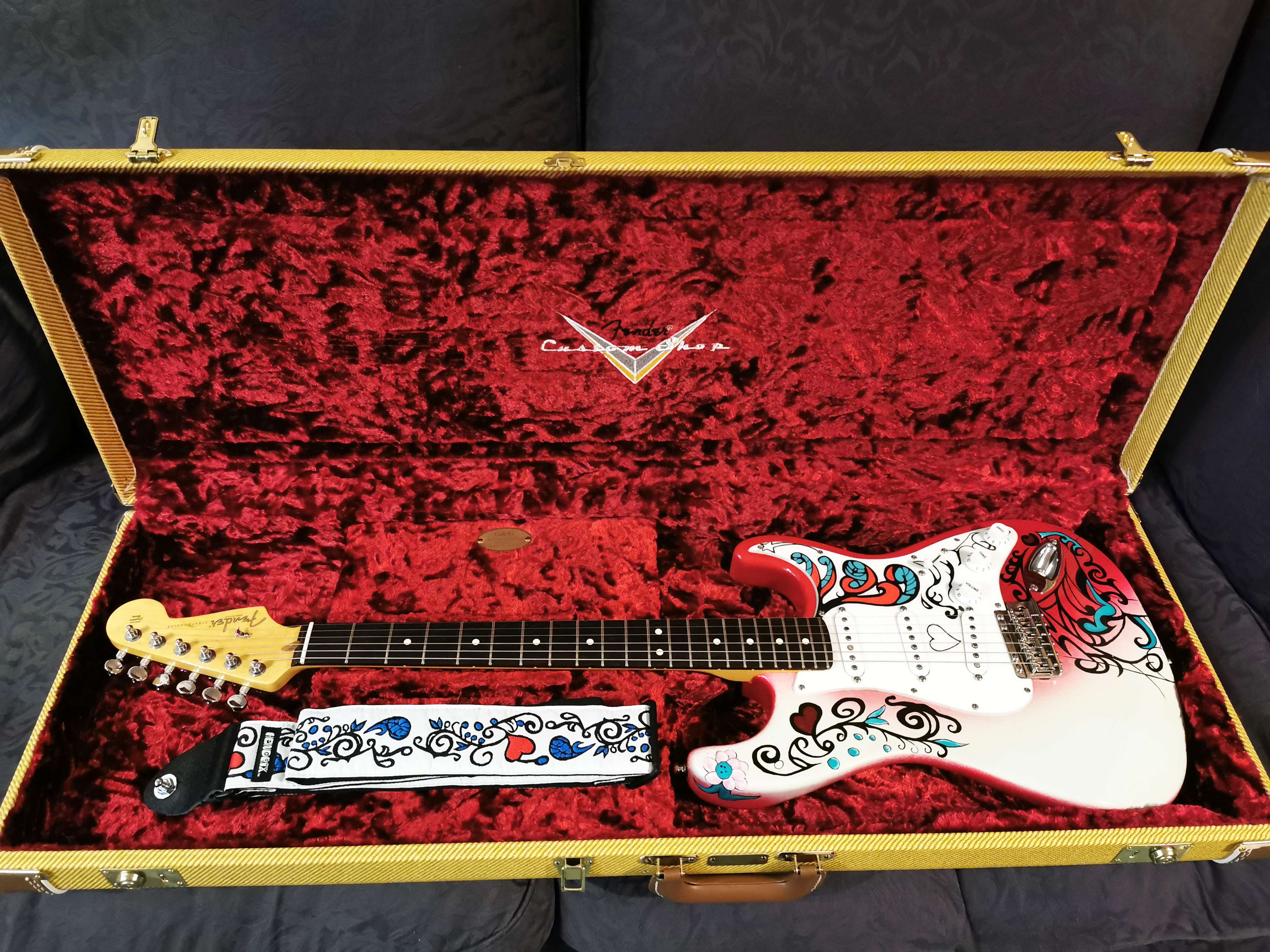 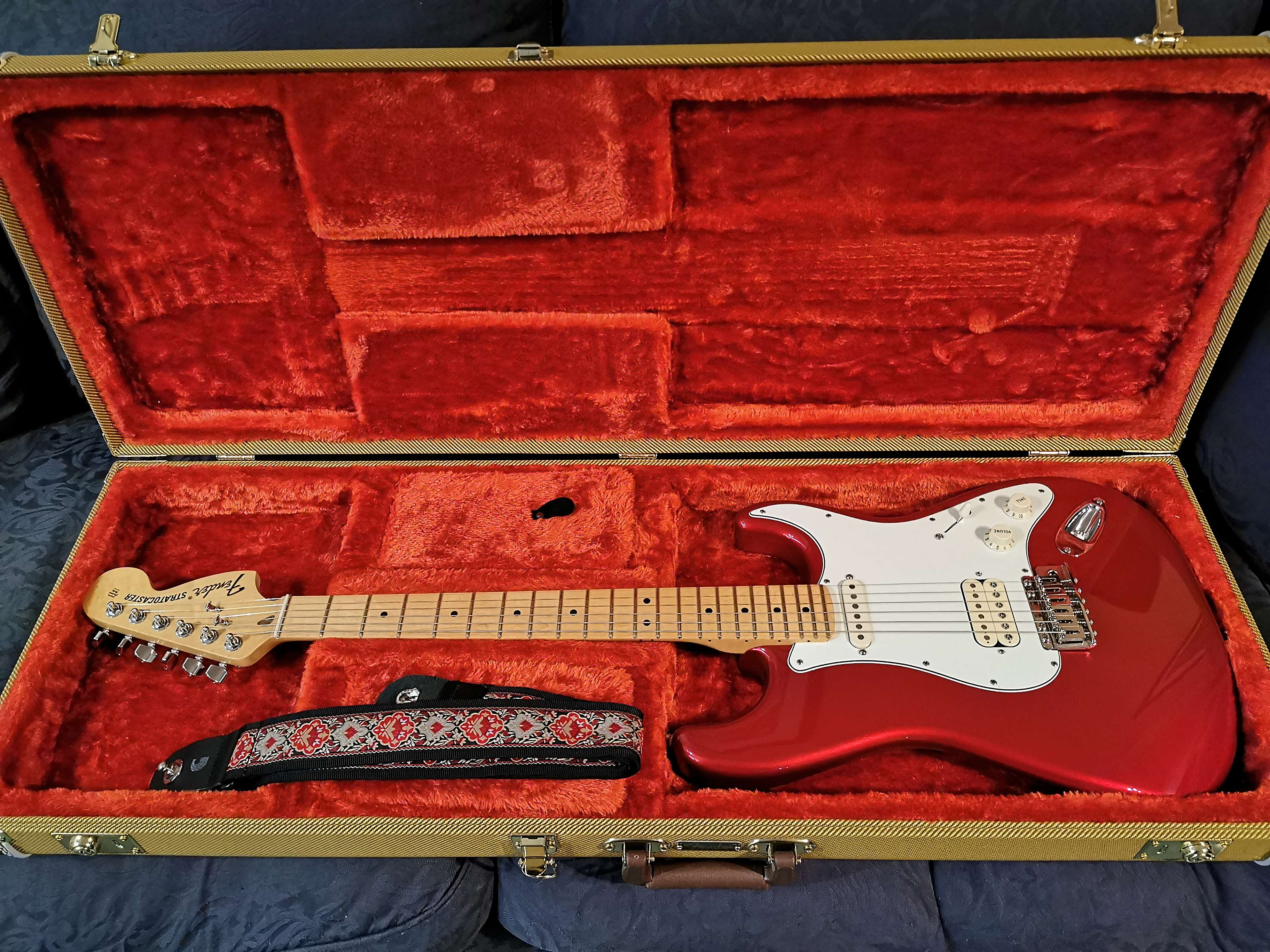 ‘90 something MiM Strat, I love this guitar. It just feels perfect. I tried not to be a Strat guy but it’s impossible. I plan on replacing the Pots, jack and wiring soon, it’s a little finicky but worth it. I need a maple board HSS to go with it. Thanks to all who posted their Stratocasters! Some very beautiful guitars here!

This guitar continues to amaze me every time I pick it up. After a long Strat hiatus, I traded for this today... 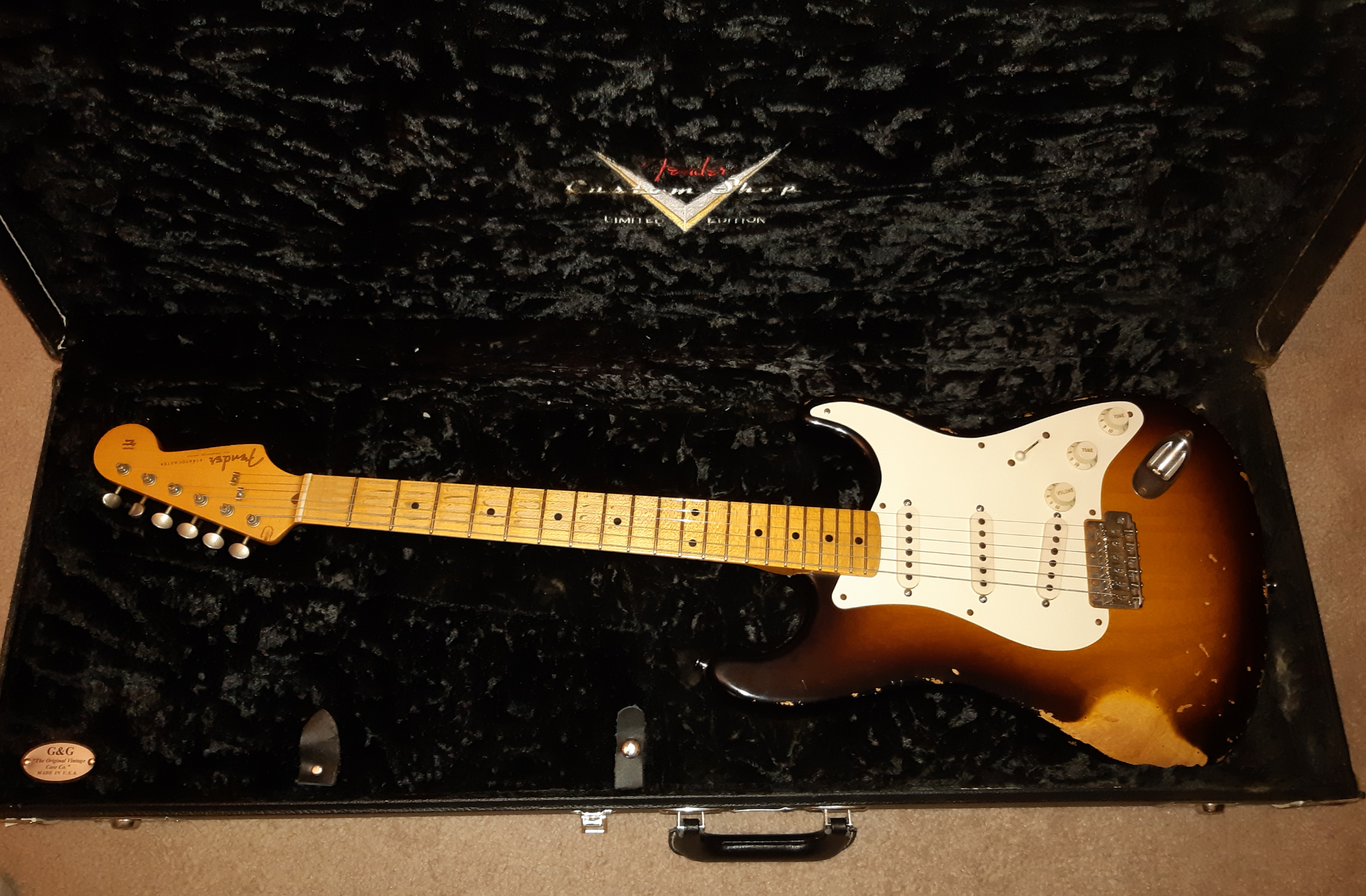 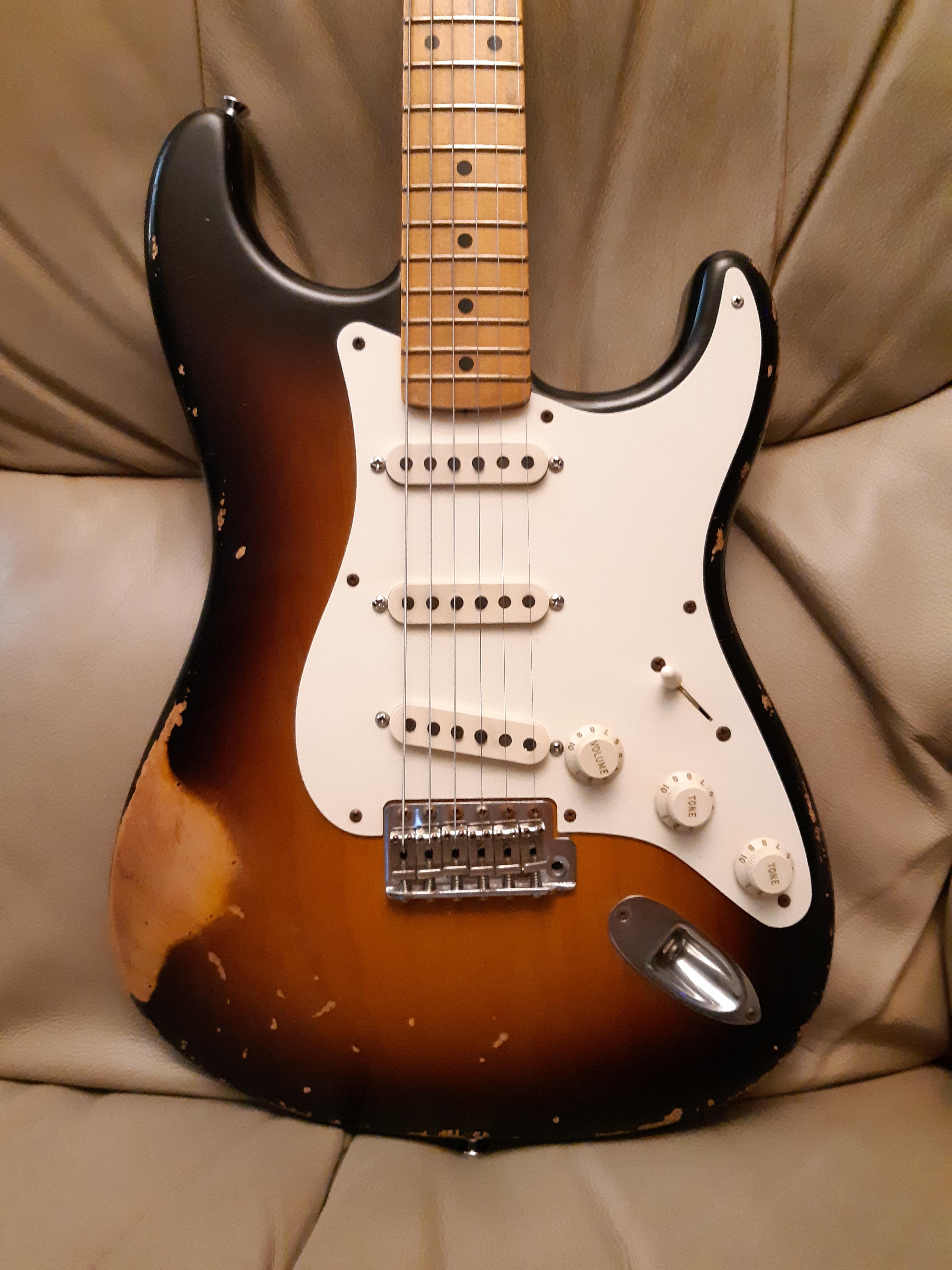 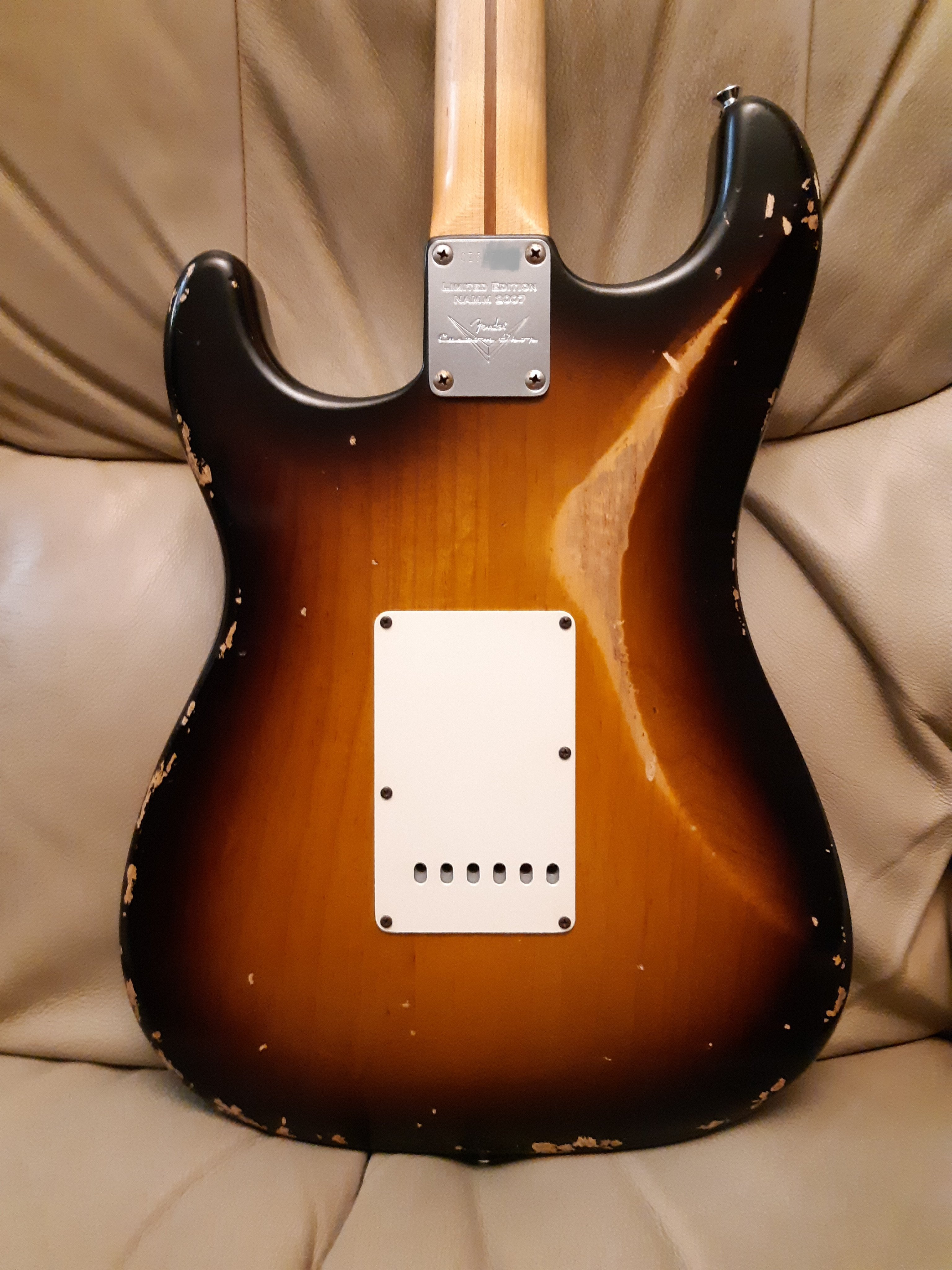 Just built this one from parts...going for the Pure Blackout look!

I would have change the nut, but it's cut so nice I just had to keep it.

Wish I could Black out the fret markers and get some Black Fret Wire! 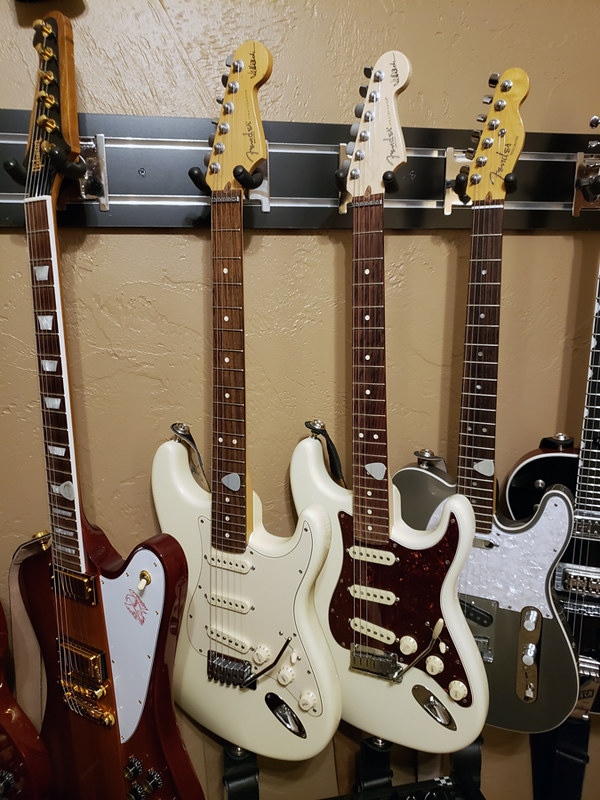 The only picture I could find of my latest Stratocaster, an America Standard with a Rosewood neck. Just replaced the wiring, pots and jack in my MiM Strat, love it even more now, it’s got I think vintage noiseless pickups that someone had previously installed. It’s just the perfect guitar. That being said, I can’t wait to get another LP.

Forgive me... I had my first Gibson Les Paul (red one, left in my avatar) before it dawned on me that Gibson Les Paul models have different neck profiles and so got my second Gibson Les Paul (to date) (I lucked out too since I found the finish and body I wanted in my 2nd Gibson, the gold one on the right of my avatar pic)..

I know Fender do different woods, my Fender's neck's maple and it's an ash bodied American Fender Deluxe model from 1999/2000 I bought in 2016 (because it was my most saught out finish that's apparently hard to find since it was the first one I saw in 15, 16 years, so I bought it, because I wanted that finish)...
I'd admit, I really wanted the rosewood version, but... it's all about that body and finish for me; Ash bodied/teal finish.
It sucked more when I learned of Reverb in 2018 and in trying to get the one I wanted, I couldn't when I learned what CETS was and that rosewood was now going extinct, so, that sucks since I really want that one, but, maple, way cool still, Hendrix and Clapton and others had Fender Stratocasters with maple necks, so, what's not to like IMO.
Last edited: Jul 9, 2019 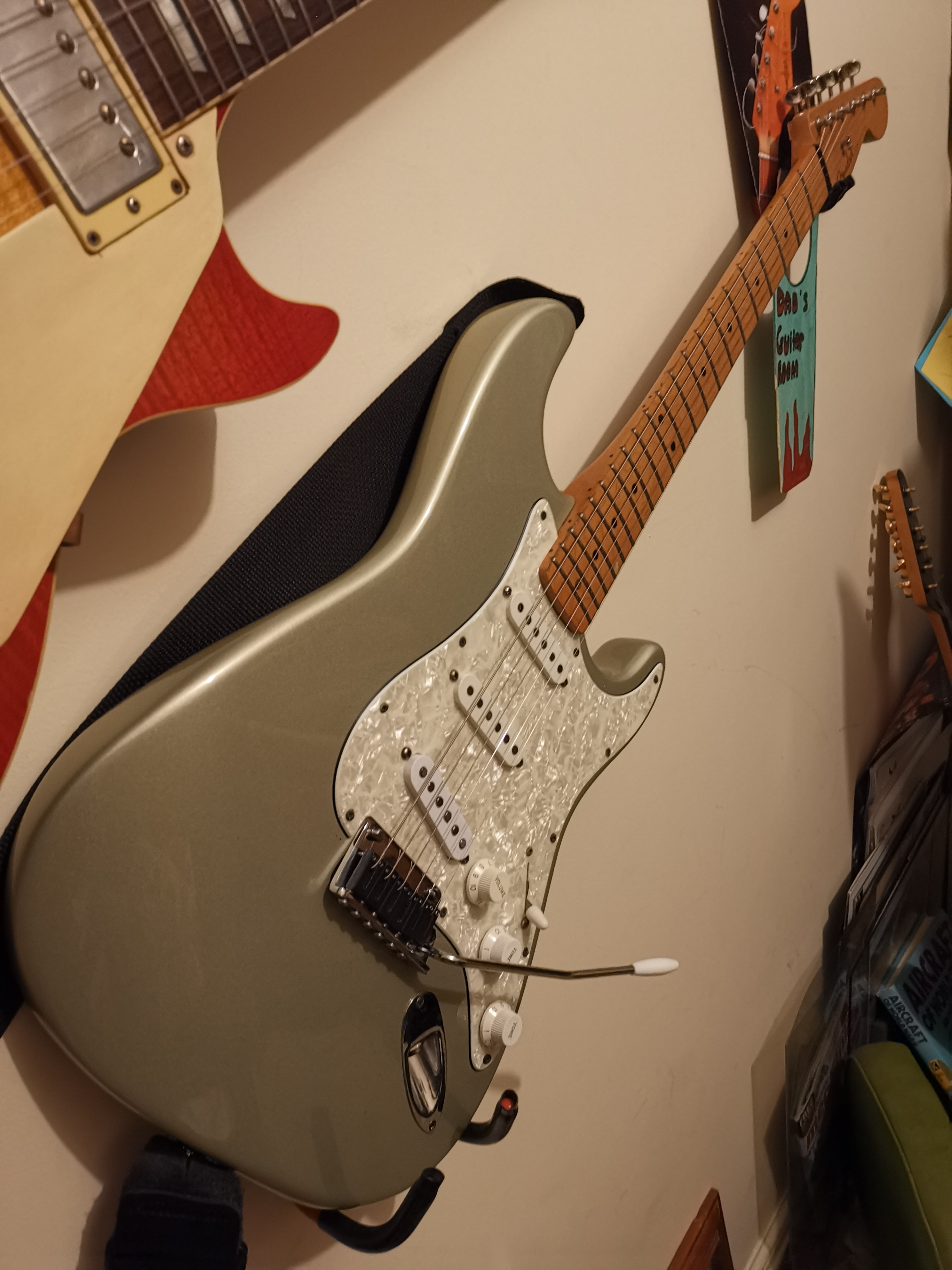 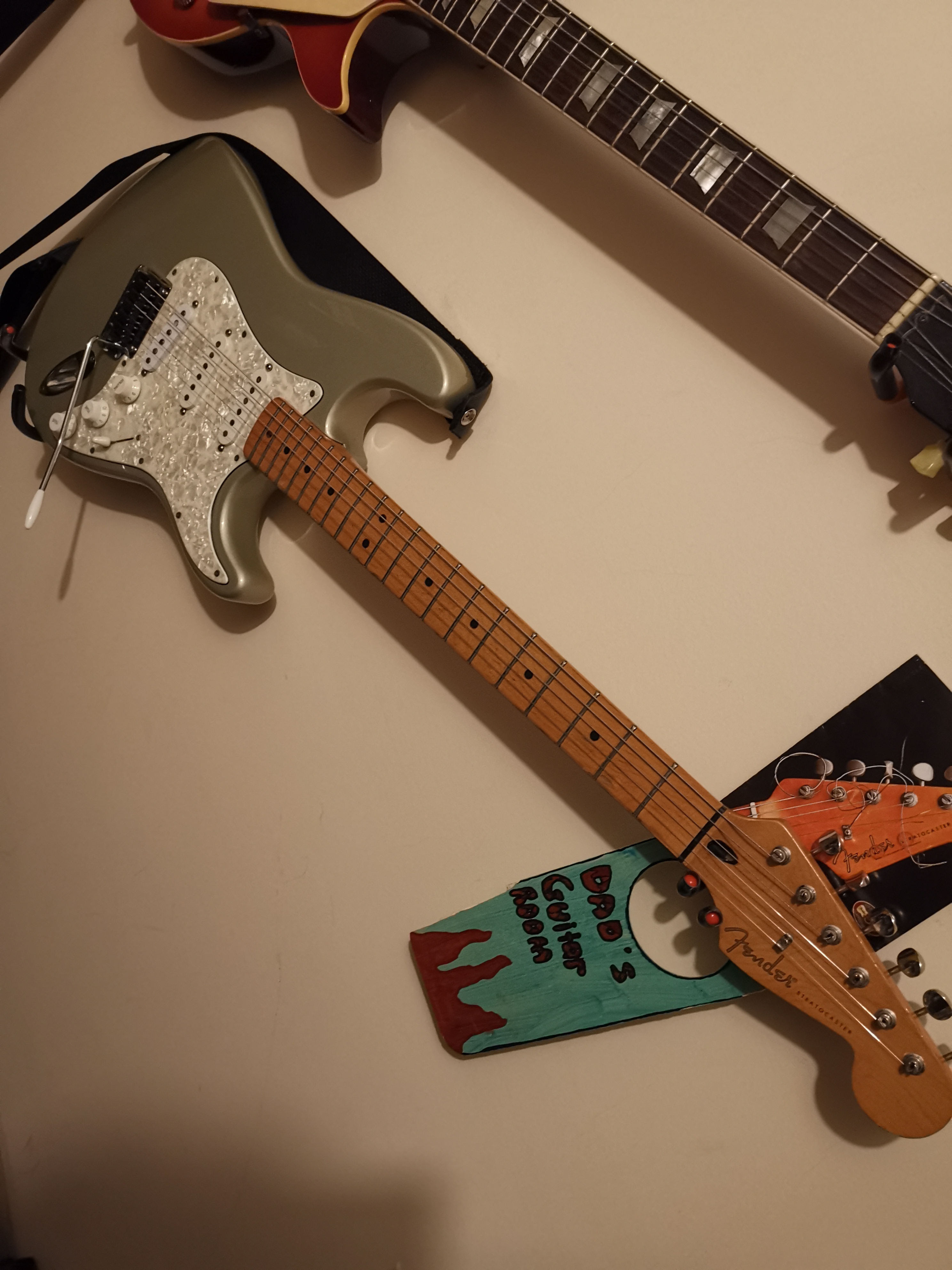