Lets see your pets! Here is Loretta and ray ray.

and here is Bradley This is Spooky the Cat:

He's a grouchy, demanding, annoying little bastard who seems to think of me as his chief of staff-- with himself as Feline Imperious Rex.

At this very moment, the little hairball is sitting next to me on my sofa, on the little cup-and-stash holder that separates two built-in recliners. This puts him almost at an eye-to-eye elevation with me, which I used to find annoying, as he seemed to be attempting to drill holes into the side of my head by force of eye-beams alone. If he follows his usual routine, he'll still be sitting there about an hour from now.

Later, I realized that he's just a weird little fellow after watching him walk over to one of my amplifiers, thence to sit down in front of it, maybe ten inches away, while staring brainlessly at the grill cloth covering the speakers. He must have been sitting there for a couple of hours, just like that, before he finally yawned, scratched himself briefly, and then walked away.

He looked a lot like the RCA dog, except for one thing: I wasn't playing the guitar when that happened, and the amp wasn't even on. Since then I've seen him staring off into space, gazing at nothing-- many, many times.

I have no idea what he's thinking-- or if he's even thinking at all.

One time a guest was here and noted that this cat tends to stick to me like glue sometimes. She asked me about it and I told her that he does this all the time, for no apparent reason at all.

She said, "I'll bet he's hungry or wants treats or something."

I explained that if I got up and headed for the kitchen, he would for sure follow me because he'll take kitty treats any time I hand them out.

"But he's not actually hungry or in need of anything right now, and is instead just doing this out of habit," I told her. I finished by telling her that I can tell when he really wants something-- because he'll suddenly bite my ear or my arm.

"Oh come on!" she said, sure that I was just kidding her... but a split second after she said that, the little bastard bit me, and she saw it happen!

Only one, PJ, our African Grey Parrot.

It's a rather funny story how I ended up with a bird. I walked into a pet shop one day looking for an aquarium and some fish for our house. When we walked in, I noticed a few ne'er-do-wells at the front of the store ogling the Mrs. We proceeded to the fish section but I heard someone wolf whistle at the Mrs. So I am thinking the macho boys at the register are screwing with me but, since I didn't see them do it, I decided I better play it cool. We keep walking around the store and I hear the whistle again. Now I am loaded for bear while the Mrs. is all embarrassed and starts walking towards the exit. Just as she passes this cage with a large grey parrot, I saw and heard the damn bird start to whistle at her until it saw me. As soon as it saw me looking at it, it shut up and sat there and played dumb. Any animal that smart and with that sense of humor instantly attracted me.

I started doing research on Grey parrots. When I found out that they are one of the most intelligent animals in the world and live upwards of 60 years, I was sold. The wise-ass bird I encountered in the pet shop was sold by this time so I ended up in a small bird shop and took PJ home when he was just a ball of of fuzz who could barely hold his head up.

25 years later, Pj is still with us and is still the class clown. He has a vocabulary of a few hundred words and uses them appropriately. He says Merry Christmas and Ho Ho Ho around Christmas time. He says Trick or Treat around Halloween. He always knows when it is my or the Mrs. birthday and then says Happy Birthday, although sometimes he says Happy BIRDday. He answers the door, he answers the phone. He mimics the Mrs. speech patterns when she is on the phone. He says goodbye in the morning when we leave or whenever guests leave and then says hurry home. If he is hungry, he will let you know by asking for what he wants, typically bananas or peanuts or just a generic "treat". If he can't see you he will ask where are you. Sometimes he can be a handful and I will lose my temper at him so he has learned how to say "You little f****r". Fortunately he has only said it once in front of someone other than the Mrs. or me. That was in front of his vet when she went to take a blood sample.

He is needy, loud, messy and always has to be the center of attention but, the Mrs. and I love him regardless. 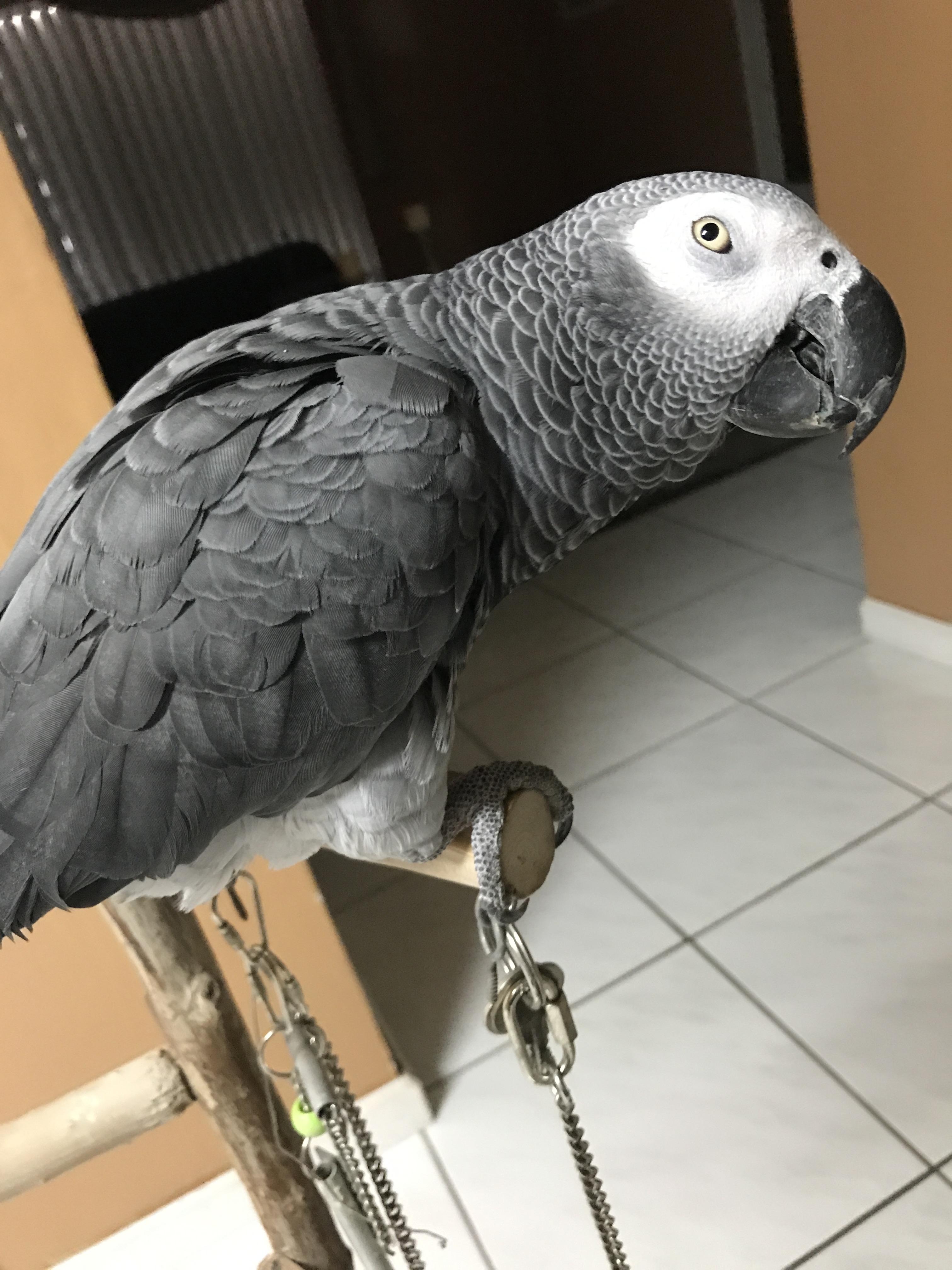 Abiding as per usual

Ginger
A recent rescue that has taken charge. This is (from left to right) Frances, Zeus and Nancy. They are all really cool pets and great sentry animals. Ozzie refusing to come in from the snow This is Pedro, a rescue (nickname: happy dog). A great dog. Loyal and obedient. This is Gibson and Taylor ... love these two eggheads ...

This is Monty. I had him for 23 yrs. Died last summer. We still miss him. Missus says no more birds, though. Doug the cat... he’s a shithead my main (rescue) man. Best dog I've ever had. Extremely loving and protective of his dad.