People are Trying to Kill me

I am a road biker. I bike 4-5 times a week. In the last month 2 gents I occasionally ride with have been hit by cars. One was hit after a car passed then made an immediate right onto a road. My friend could not stop in time and slammed into the car. Thankfully a broken wrist was the extent of his damage other than his bike being effed.
The other rider was signalling with his arm that he was turning left into a parking lot where his car was parked. He had pulled into the middle of his lane and had his left arm out with the turn signal.As he began to turn a van blasted by him as he was making his turn. We yelled at him as we saw what was about to happen. He was able to turn a bit back into his lane but still got clipped- Concussion, Shoulder damage, Rotator tears, broken leg were the result.

We know many hate us. We try to ride in places of low traffic. We try to stay out of the way. This aggressive behavior happens so often that many riders are attaching gopros to their bikes to record encounters to give to the police. Amazingly yesterday a car started beeping at me when it approached. Started beeping when it was 100 yrds behind me. Came within 2 ft of me( very close, the law here says give us 4 ft or leeway and even that feels close) when passing on a completely empty road where I was as far over as safe.. I do not get it.

Ya I know...we cannot always ride as far to the right as possible. We are on narrow tires that puncture easily. Rough pavement, gravel or debris sometimes keeps us away from the edge. It happens. Sorry. I have folks yell at us about how gay we look in our shorts and jerseys. Not my favorite either. But if you want us to go even slower we will be happy to wear loose flappy clothes.

Please Share the road. Generally we are not trying to be aholes.

We have hundreds of miles of great asphalt trails just for bikes in our area and yet, people still ride on the road. I don't get it. Crappy drivers, texters and just plain inexperience of car drivers is enough to look for good trails to ride on.

I wouldn't ride on the road if you paid me these days.

This is why I only ride on the bike trails now.

It was bad enough with anti-cycle types, but now you have people texting while driving.

I went down hard a few years ago and had to have rotator cuff surgery, that was the end of road riding for me.

But I'm fortunate to live near a couple hundred miles of paved and hard pack trails.... 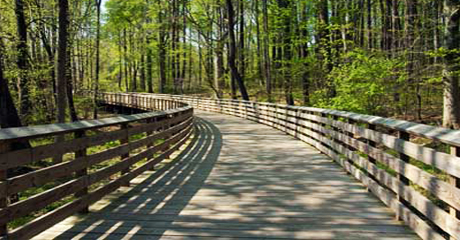 I like to ride. I only ride alone. I stay as far right as possible at all times. I have never had a problem with a driver.

As a driver, it pisses me off to encounter two or three riders, riding abreast of one another, if they don't immediately go to single file when they hear the car approaching. If you want to talk, go get a f*cking coffee. If you want to talk while exercising, find another sport.

It seems the mentality of most car drivers is roads are for cars period. Bicycle riders f up the equation simply by existing. Couple that with the unreal level of distracted driving that now exists and you have the perfect recipe for disaster such as the the OP describes.

There is right, wrong, and reality. And there is no way I’d ever ride my bike on the road. It’s a losing proposition that can’t be overcome by the moral superiority of an ambulance ride to the hospital.

Are we talking about bicycles?

To me, biker denotes motorcycles.

Cycle enthusiasts in my area ride like entitled asshats.

I have nothing but disdain for them.
Not all people on bikes. Just them.

Out here we have casual cyclists like kids & family's.
You know, the people who wear normal cloths. They're fine.

Then there are the homeless and native's (we call them First Nations now).
They are annoying as hell, but not typically while they are riding the bike they stole.

Then there are the cycling enthusiasts.
The BANE of the road.

scott1970 said:
It seems the mentality of most car drivers is roads are for cars period. Bicycle riders f up the equation simply by existing. Couple that with the unreal level of distracted driving that now exists and you have the perfect recipe for disaster such as the the OP describes.

There is right, wrong, and reality. And there is no way I’d ever ride my bike on the road. It’s a losing proposition that can’t be overcome by the moral superiority of an ambulance ride to the hospital.
Click to expand...

FBPB said:
Wow, every single one? Do you know them all personally? Have you spoken to each and every one?

Makes me wonder who the asshat really is.
Click to expand...

Not every-single-one.
I'm talking with a fairly wide brush stroke here.
And singularly. I typically don't have a problem with them.
It's the groups.


Personally. I wouldn't want to know these entitled jerks.
I judge them by how they ride.


And why would I want to even speak with them.
let alone, each and every one.
But yes. I have actually stopped, and "spoken" to a few.


I'll also admit. I can be quite the asshat at times too.
But I'm taking high ground on this one.

FBPB said:
I too am a road cyclist, I also ride a motorcycle. The rule in motorcycling is "treat every cage driver as if they are actively trying to kill you".

The only time I have been run-over was by a Swedish man in the early AM saying he didn't see me in the round-about as his windscreen was fogged up (it was autumn). Thankfully I was able to jump clear of the bike before it went under the front of the car.

The majority of cage drivers are OK, at best.

Some cage drivers actively come too close on purpose. When they do that, I flip them the bird, when they make as if they are going to stop to challenge me, I motion for them to bring it on. No man has ever stopped (I'm 185cm and quite big, so this helps). If it's a woman and she stops I tell her she is wrong and it's all recorded and that I will be posting it on Youtube the second I get home and sending the link to the police. When they simply bitch and moan even more, so tell them to go do something physically impossible and go along my way.

Other cage drivers look at you as you approach, and then simply pull out in front of you on purpose or out of sheer stupidity, or on purpose. This happens much more often than the above. This has gotten worse since 2007 when Facebook became a thing.. Apparently checking how many likes you have received in the last 2 minutes is more important than paying attention to the road.

I have, on the rare occasion, had insults yelled at me by cars full of young idiots, simply because I am riding along minding my own business. They seem to find it amusing. Takes a big man to do that. They wouldn't dare do it in the pub.

In order to keep people from driving too close to me, I have purchased one of these https://cycliq.com/bike-cameras/fly6ce/
You would be surprised how good people act when they know their actions are being filmed. I have not had any problems since.

I've also toyed with the idea of carrying a rather large ball bearing in my jersey pocket, simply to be able to throw and break the rear windows of any number of wankers in cars.
Click to expand...

WTF? You have that attitude while cycling? Do you enjoy being pissed off when you ride? Why bother? Get a cycle machine for the house.

FBPB said:
When you read, you really only see the words that you want to, eh?

And yes, when someone comes very close to murdering me with their 2 tonne weapon, I reserve the right to get pissed off.
Click to expand...

Not reading it or editing. I've seen plenty of cyclists riding around with attitude.

I almost hit a bicycle while on my motorcycle. Country road and no other vehicles. I went to pass him and right then he makes a left hand turn right in front of me. He was in the far right of his lane, no signal. To this day I have no idea how I didn't hit him or wipe out from the swerve.

So, bicycle riders, please check behind you and use arm signals.

As for all the cage drivers trying to kill both of us, it does seem that aside from not paying attention and not judging our distance from them or speed well, some honestly just don't care. I have heard them say things like, "If you are dumb enough to ride one of those, it shouldn't matter that I hit you."

We haven't had a good driver vs. cyclist thread yet this year, it's way overdue!

In 2012, 722 cyclists were killed nationwide. See data and per capita rates by state.

I love to ride but I try not get on the road. We have Amish buggies out where I live as well so I'm not a hater, but I do believe if there is not a large shoulder on the road you shouldn't be in the drive lane unless you can do the speed limit... on any vehicle.

I live in a part of town where most of the people are old. I'm 50 and i feel young type old percentages so the idea of road cycling of any kind is laughable.

It is amazing how someone's usual personality can instantly change once they get into or onboard any kind of vehicle though. It's like a special kind of voodoo.

I always look out for motorcycles and bicycles just because you hit one they are going to get really hurt and I would never want to do that.
It bothers me that some bicyclists think the rules of the road do not apply to them,blowing through red lights is my pet peeve.

I also understand in the Tour De France wearing that spandex crap but seems like you could wear a t shirt and shorts or even gym pants instead of getting all geeked up to simply ride on the road.
Thats like wearing a speedo to your neighbors backyard pool.

From prior years here are the categories for easy reference:

electric head said:
I also understand in the Tour De France wearing that spandex crap but seems like you could wear a t shirt and shorts or even gym pants instead of getting all geeked up to simply ride on the road.
Thats like wearing a speedo to your neighbors backyard pool.
Click to expand...

Anything but lycra and you're going to be nursing rashes for a few weeks.

FBPB said:
So you are willfully remaining ignorant. Wow.

And I've seen many, many more cage drivers with an even worse attitude. But enjoy your perceived righteous indignation, you've earned it!
Click to expand...

From a typical cyclist.