Hi everyone
This project is finally complete! I have always wanted a Pearly Gates Les Paul, but for the kind of money they bring I figure I would have a makover done with many vintage and high-end repro parts for the same money. So here is my project. I started out with a 2017 CME Les Paul historic reissue. I am particular fond of the Pearly color, but I prefer a more modest flame in the top. Also, I prefer a straight-grained back instead of the wild and curvy grain often seen in many newer historics. After a year of searching, I finally found what I was looking for in this particular guitar. It ticked all the boxes and also has the desired weight I look for in a Les Paul, about 8.7 lbs. I wanted a more recent historic with hide glue construction so that’s one of the reasons for patiently waiting and finding this 2017 CME.

There are two guys I would like to truly thank for their work on this project. First and foremost Andy from BadMojo Vintage Makeovers. He took my vision of what I wanted this project to be and exceeded every expectation. I think his works speaks for itself. As far as Andy goes, it was an absolute joy getting to work with him on this. This is my second time working with him and by far, our most in-depth project. I cannot recommend him enough. Secondy, I want to thank James at ReWind electric. He took my turd of a set of crusty 1959 Centralab pots and turned them into useable equipment again through his restoration. Also, this guitar is powered by a set of his ReWind low-output PAFs. These guys are both the absolute top at what they do. You can find info on them at:

I wanted to go with a lot of actual vintage 1950s parts for this guitar. I also used many high-end repros as well. I sourced most of the vintage parts through Vintage Correct Parts out of Chicago. The parts list is as follows:

Now lets see some pictues!! I’ll take more this weekend. These are from Andy and James themselves. First is the original CME photo for comparison: 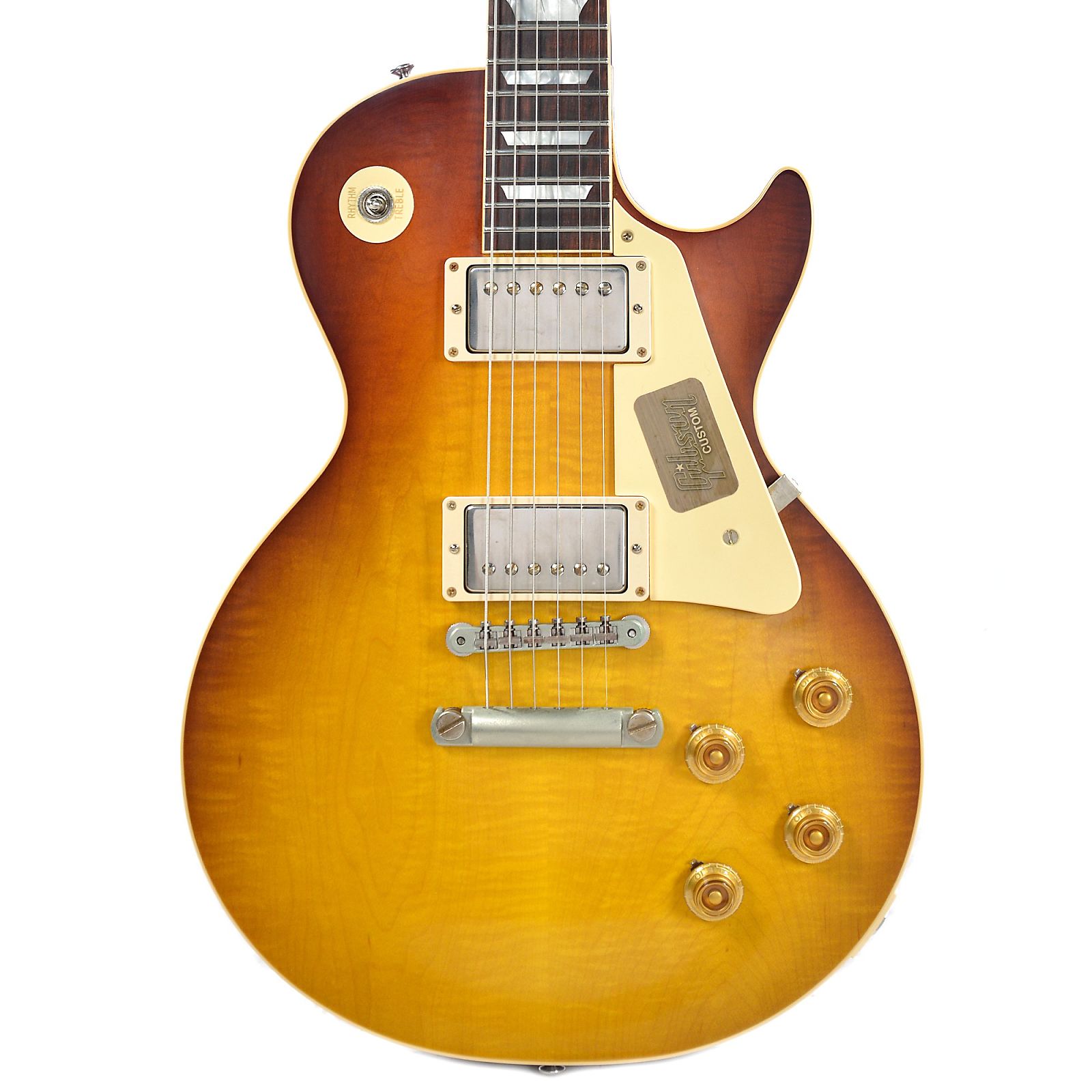 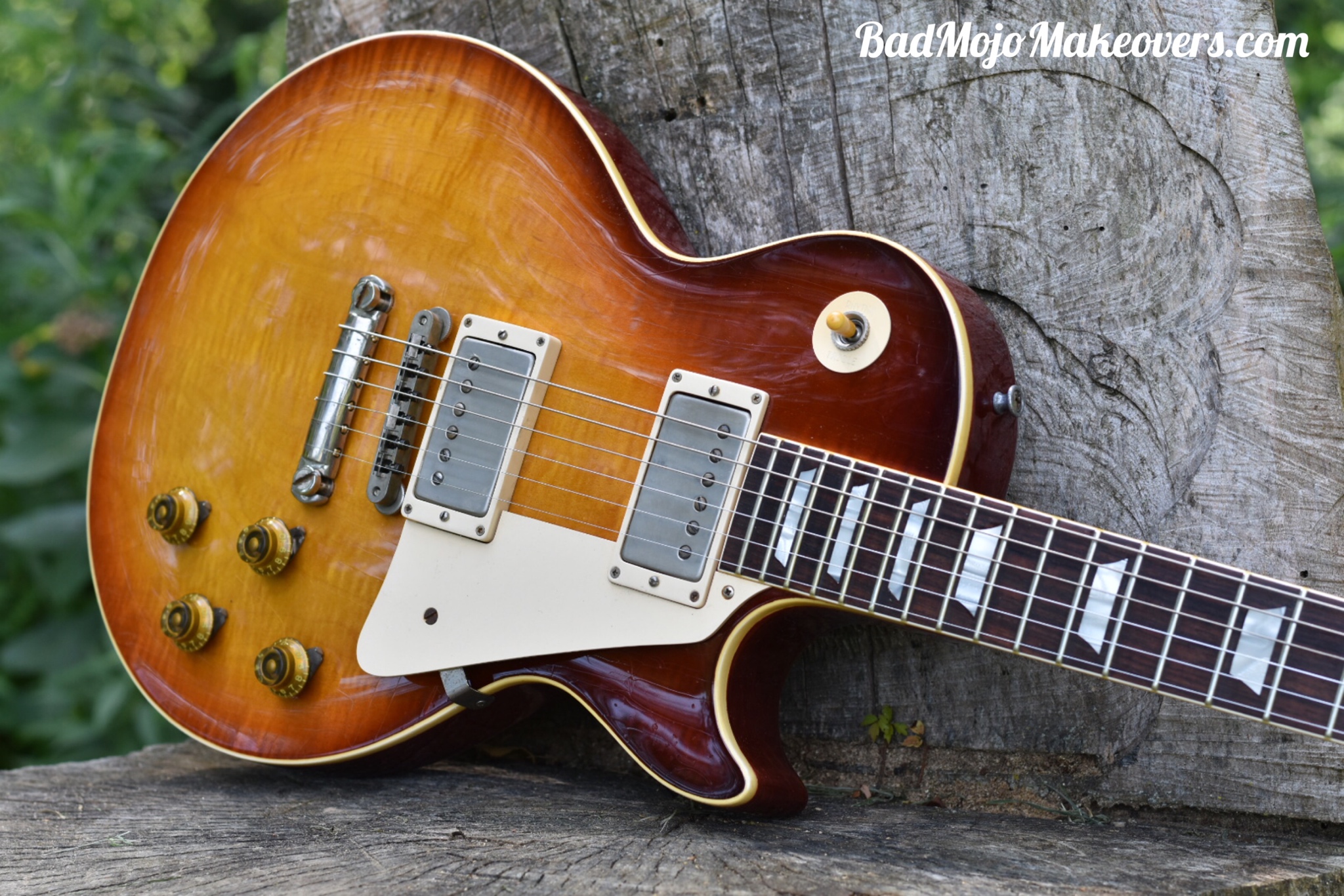 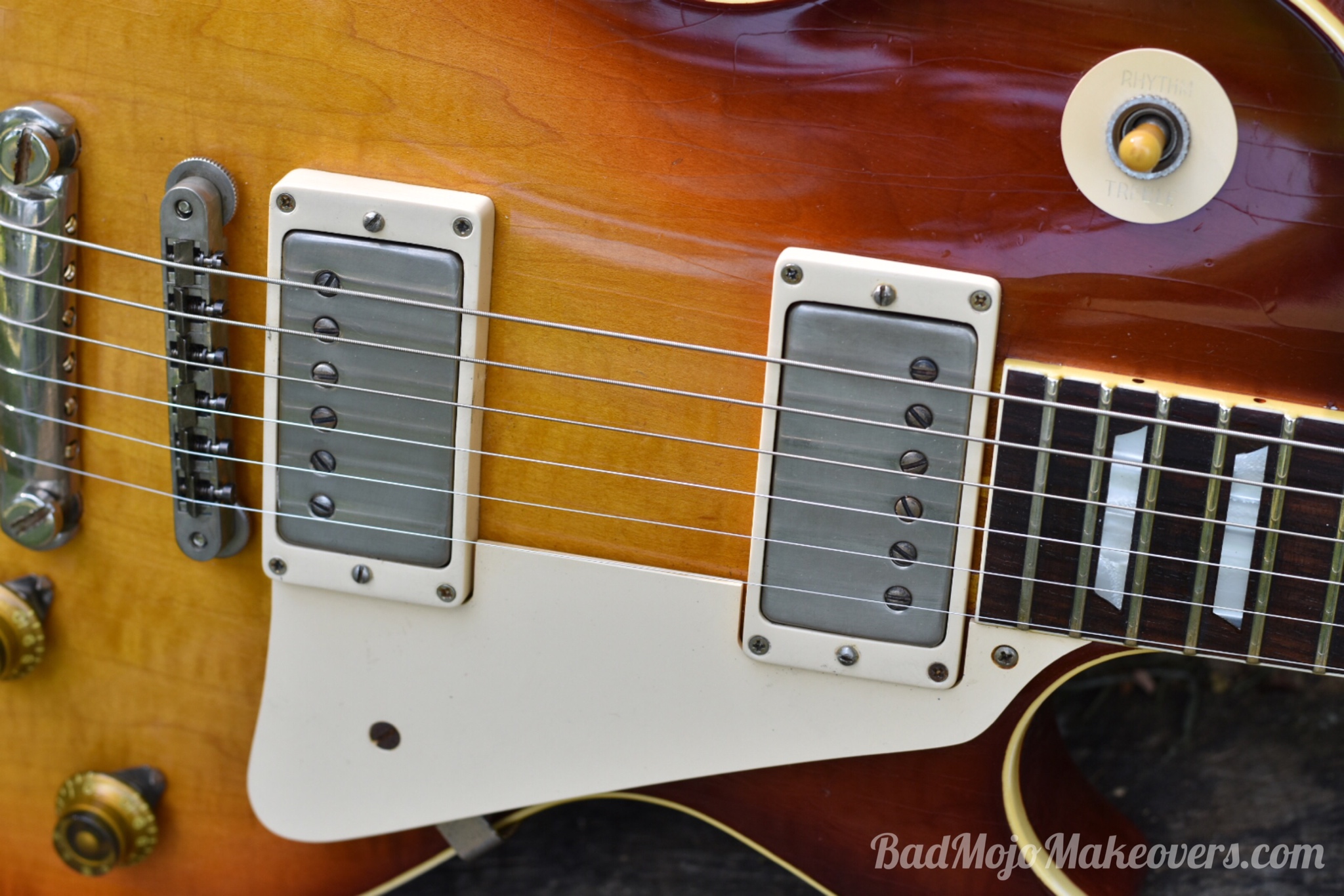 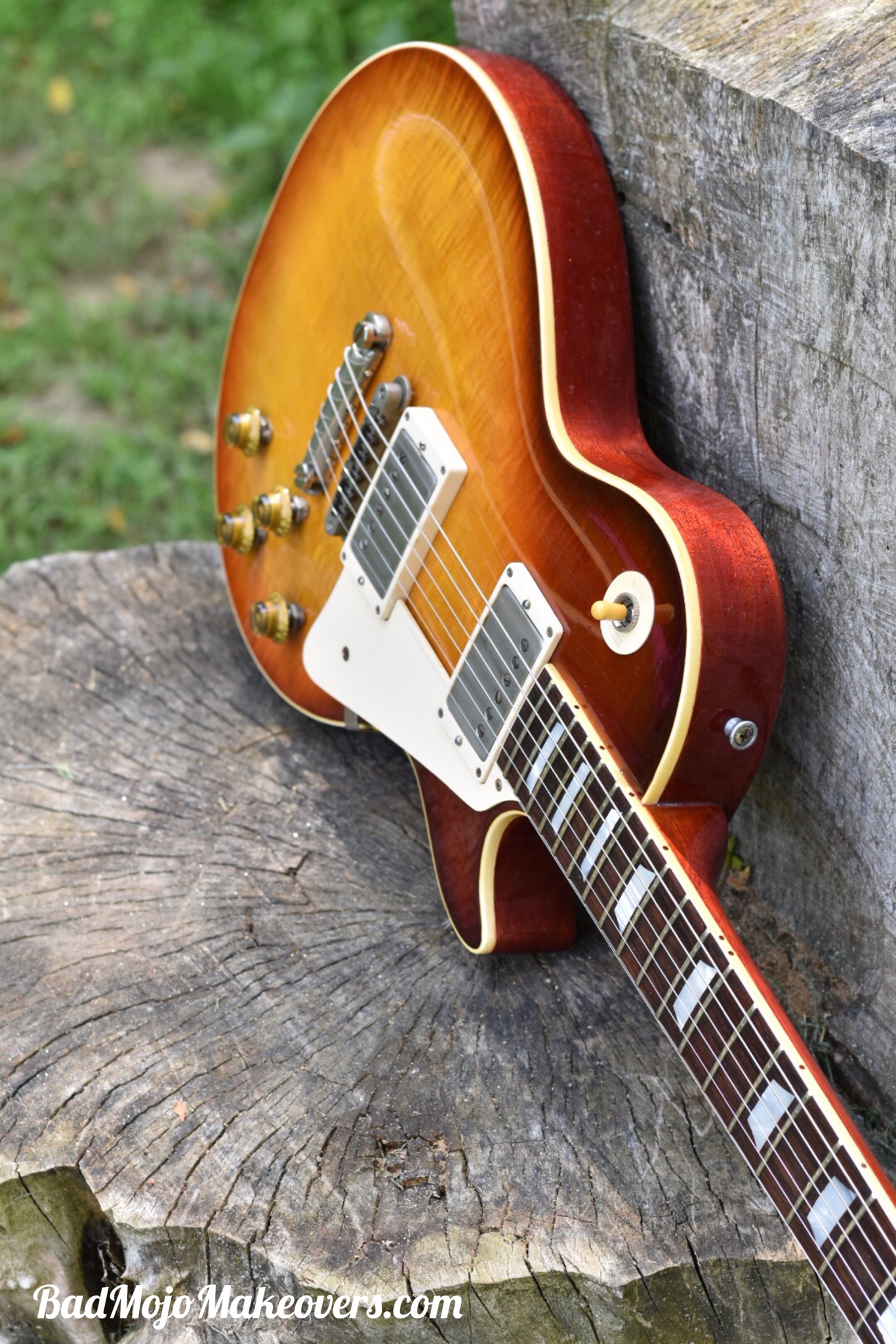 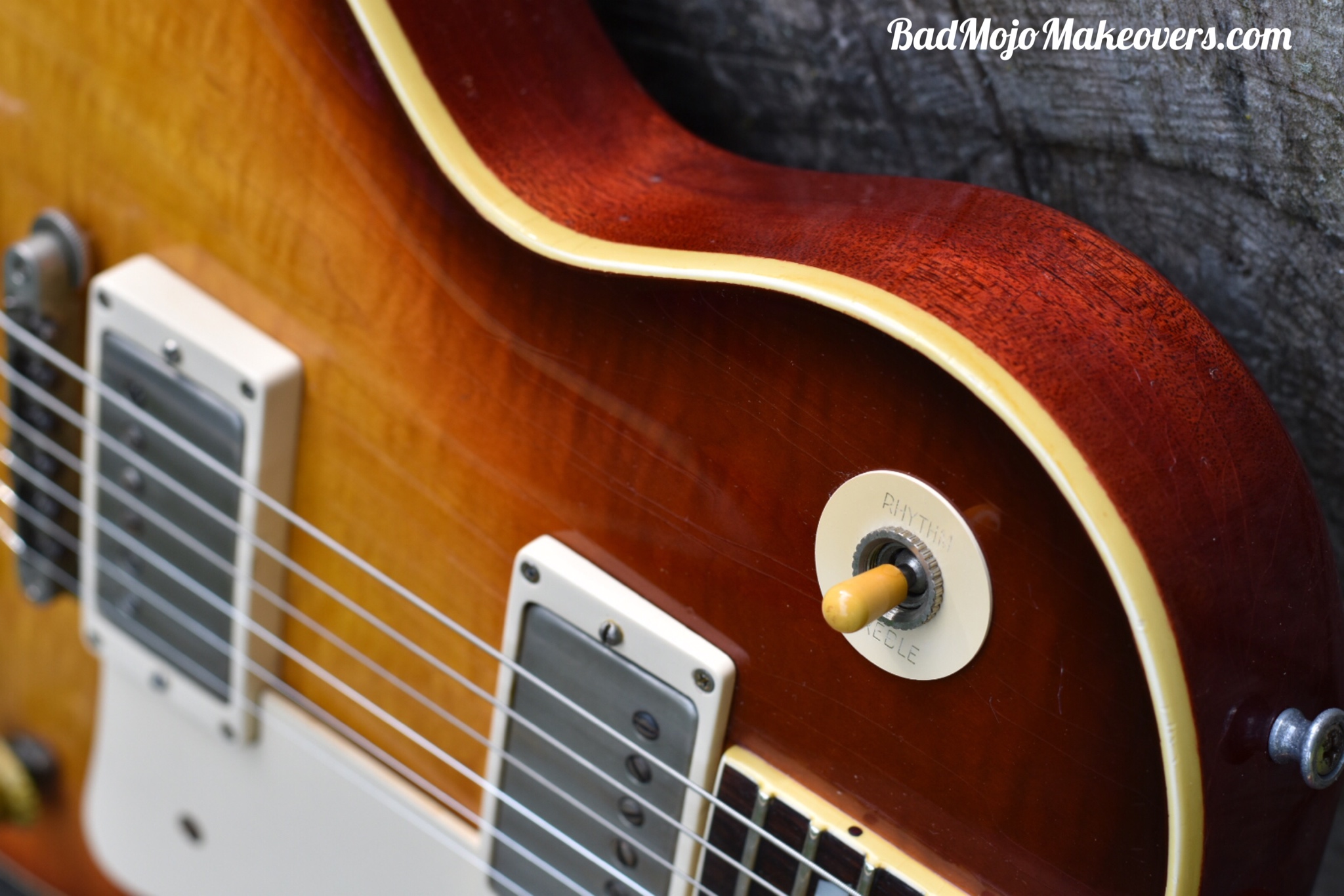 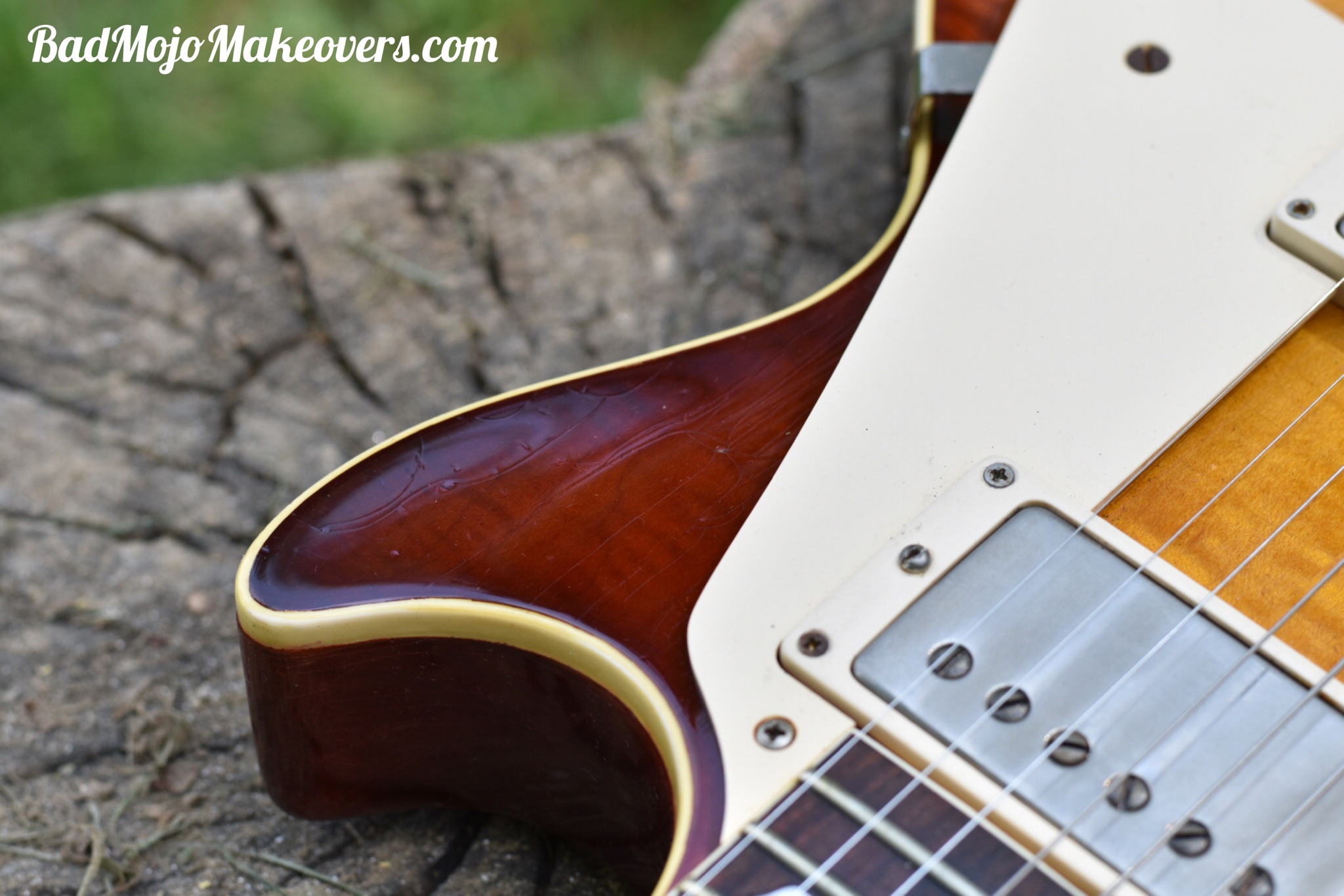 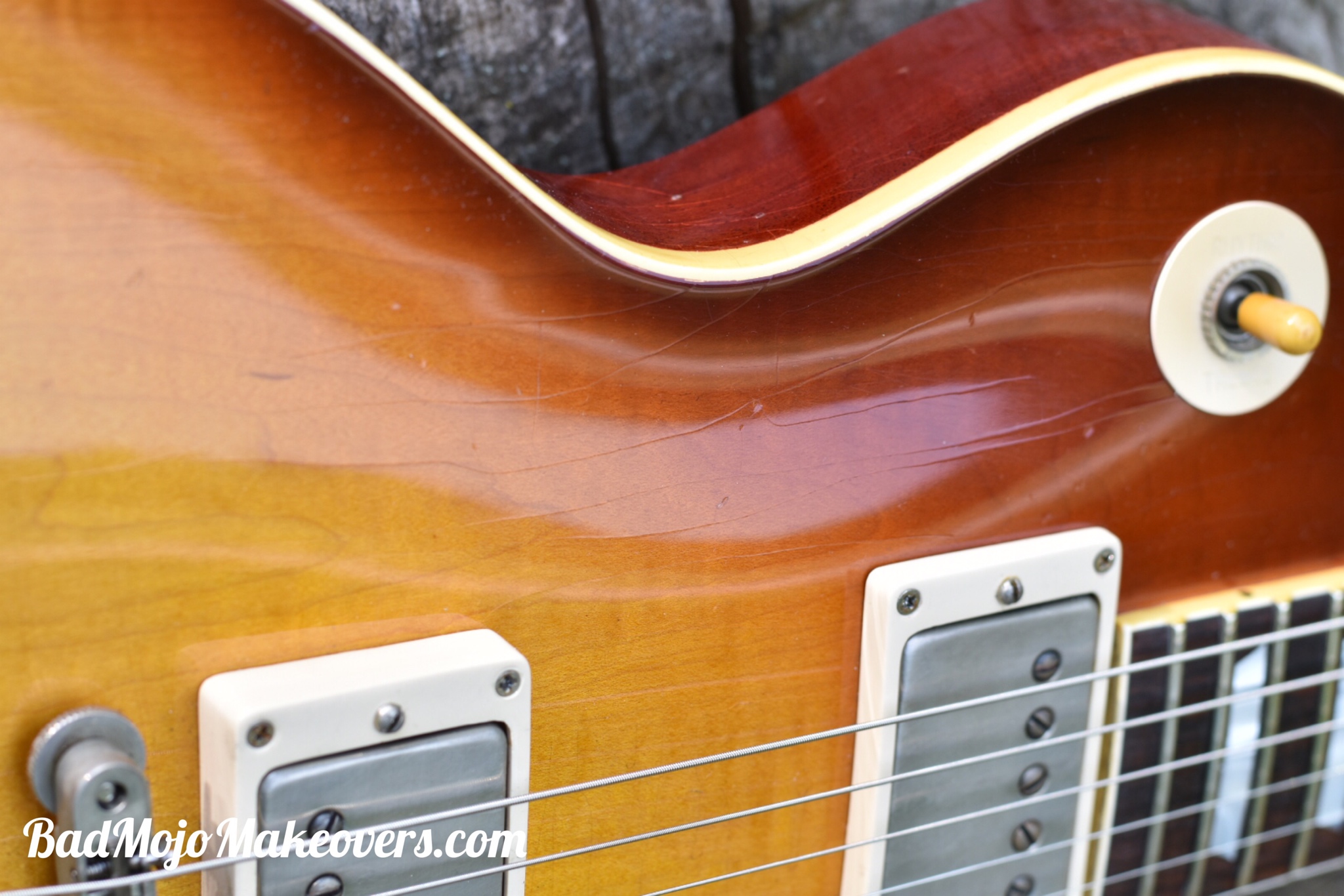 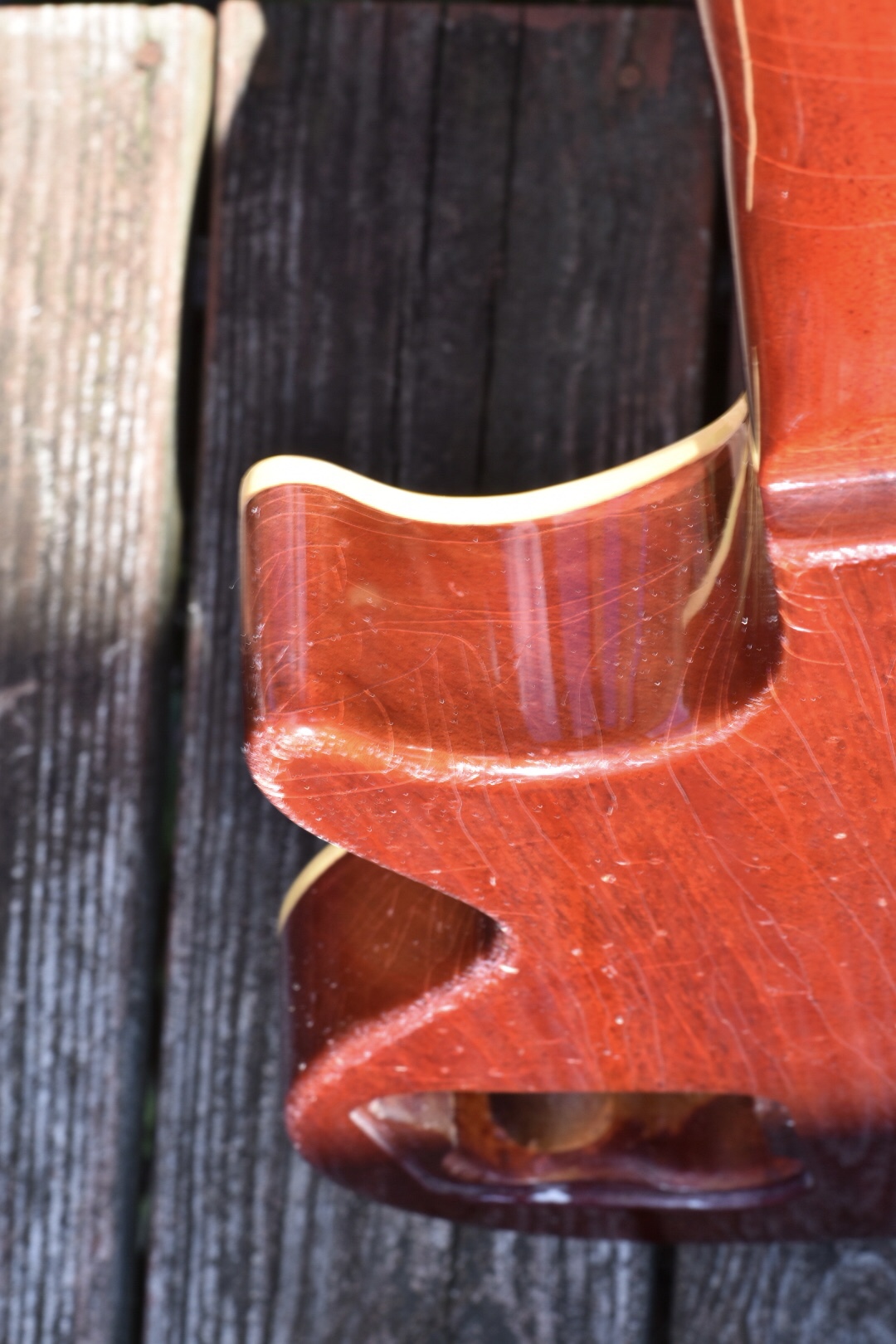 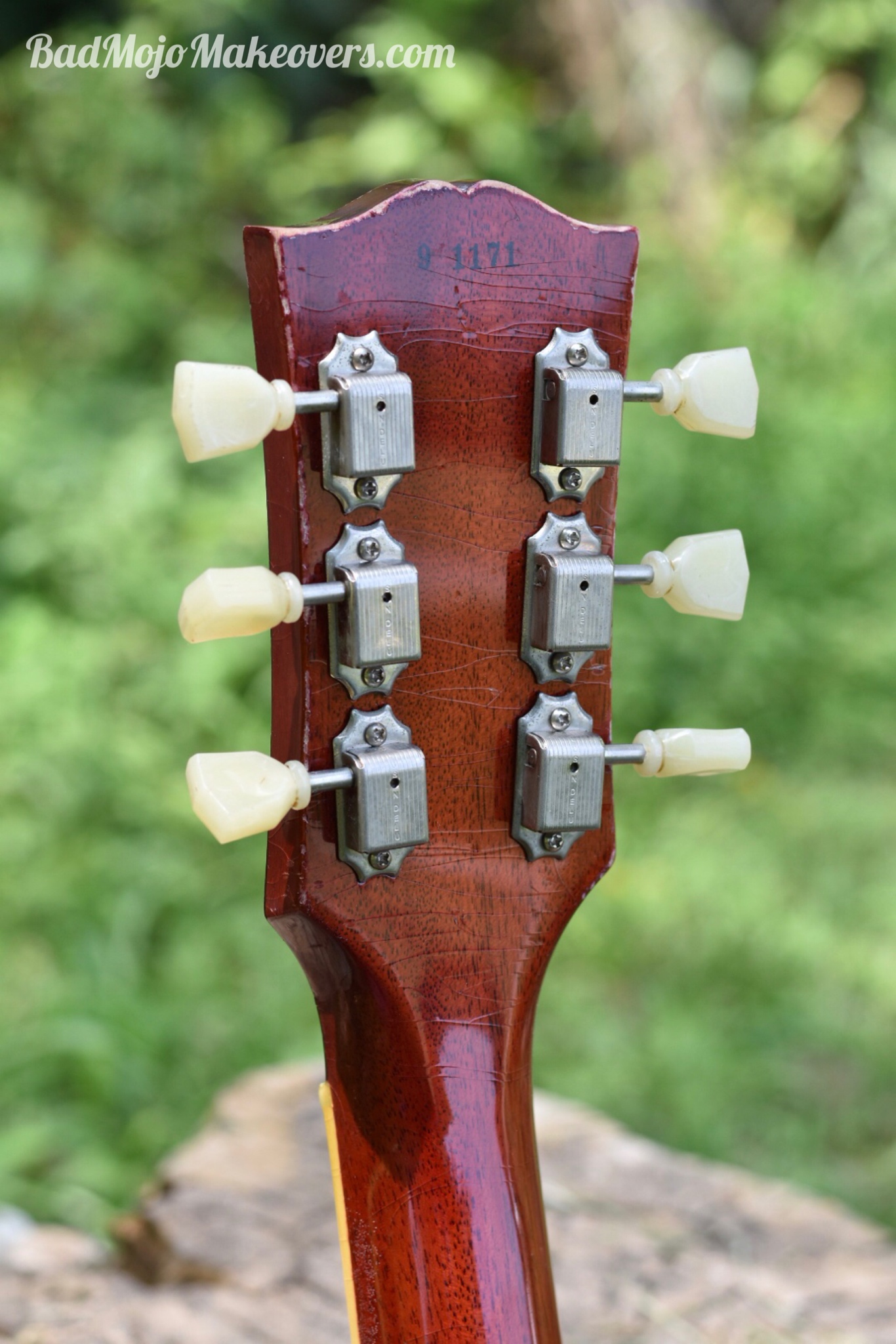 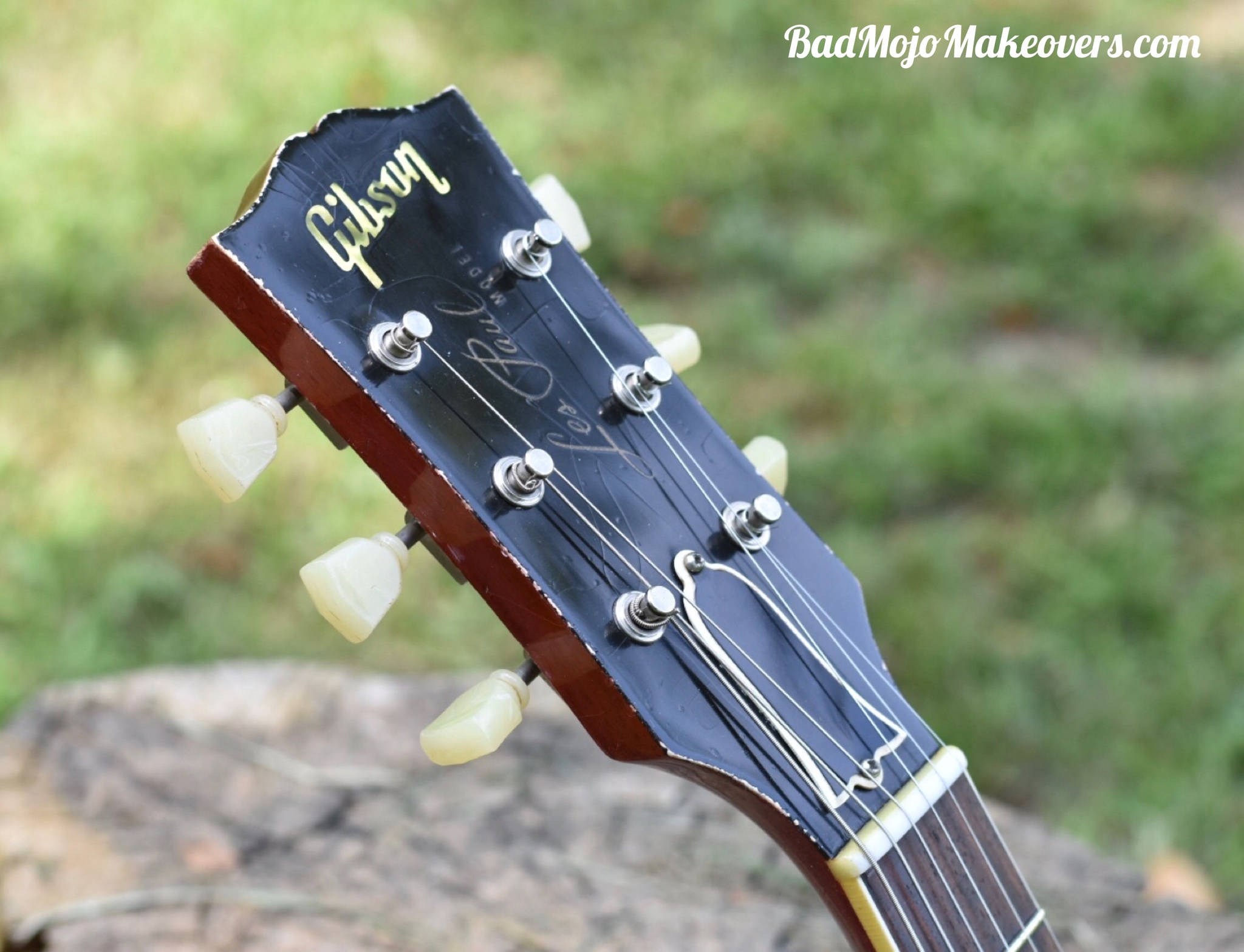 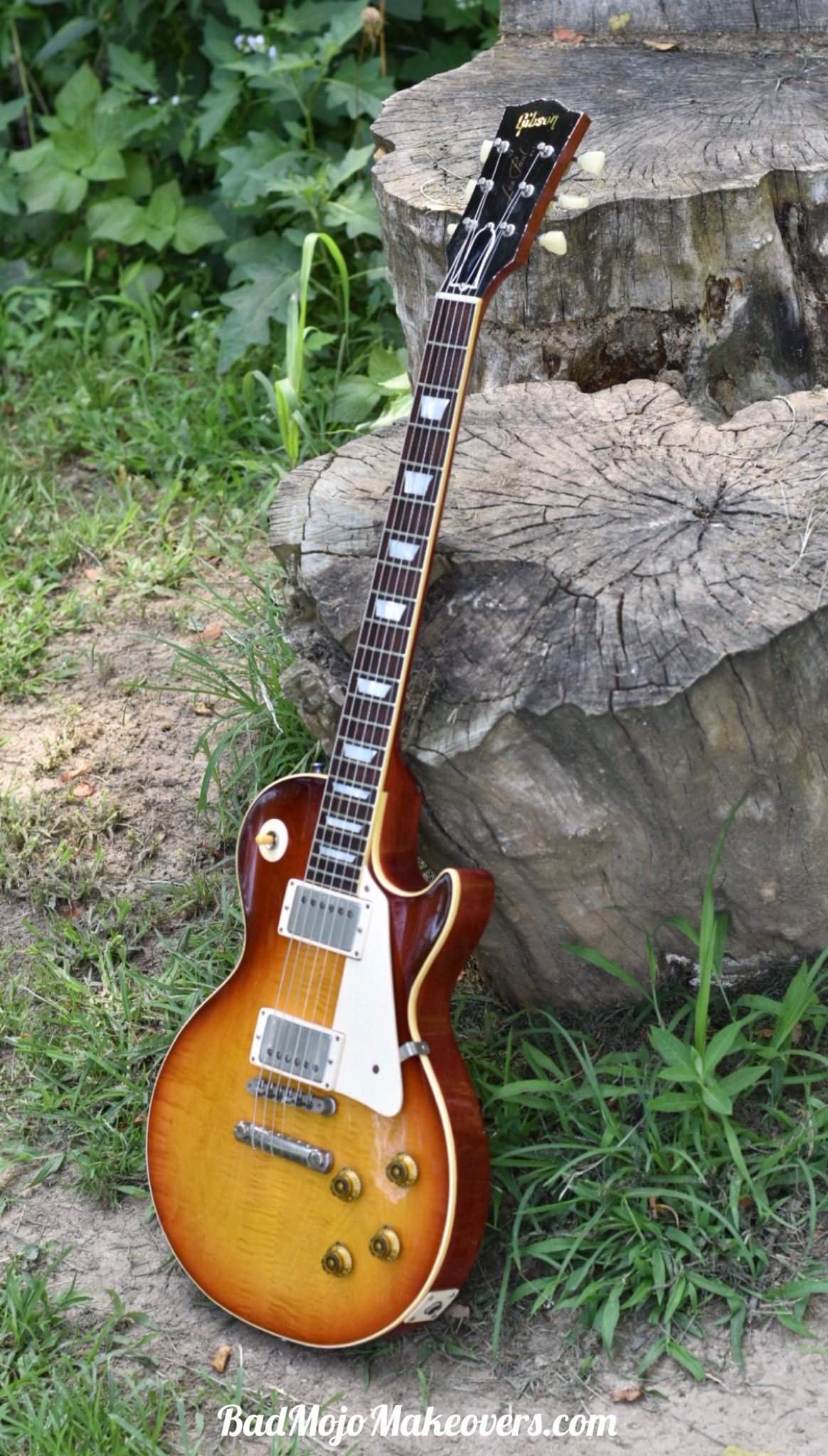 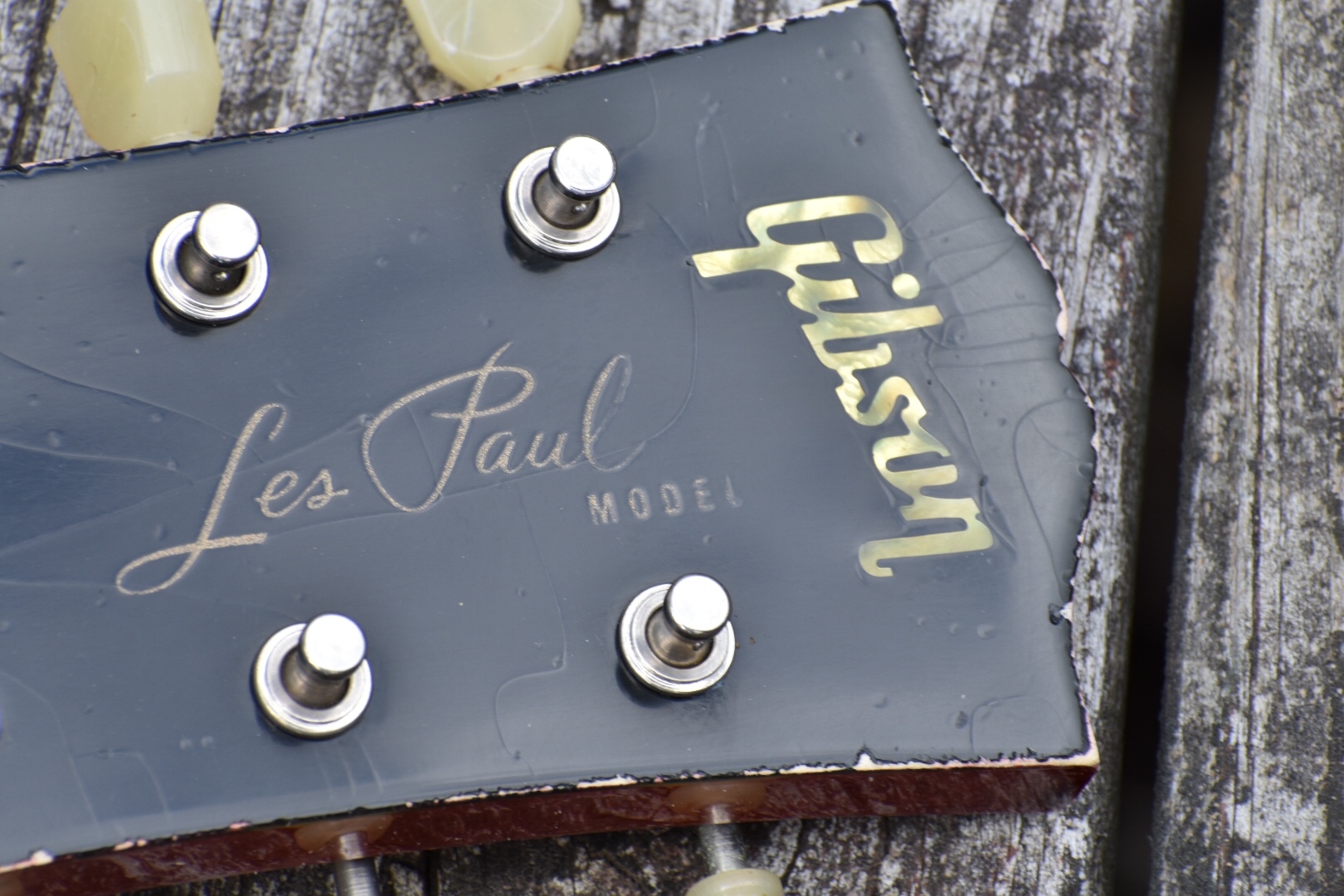 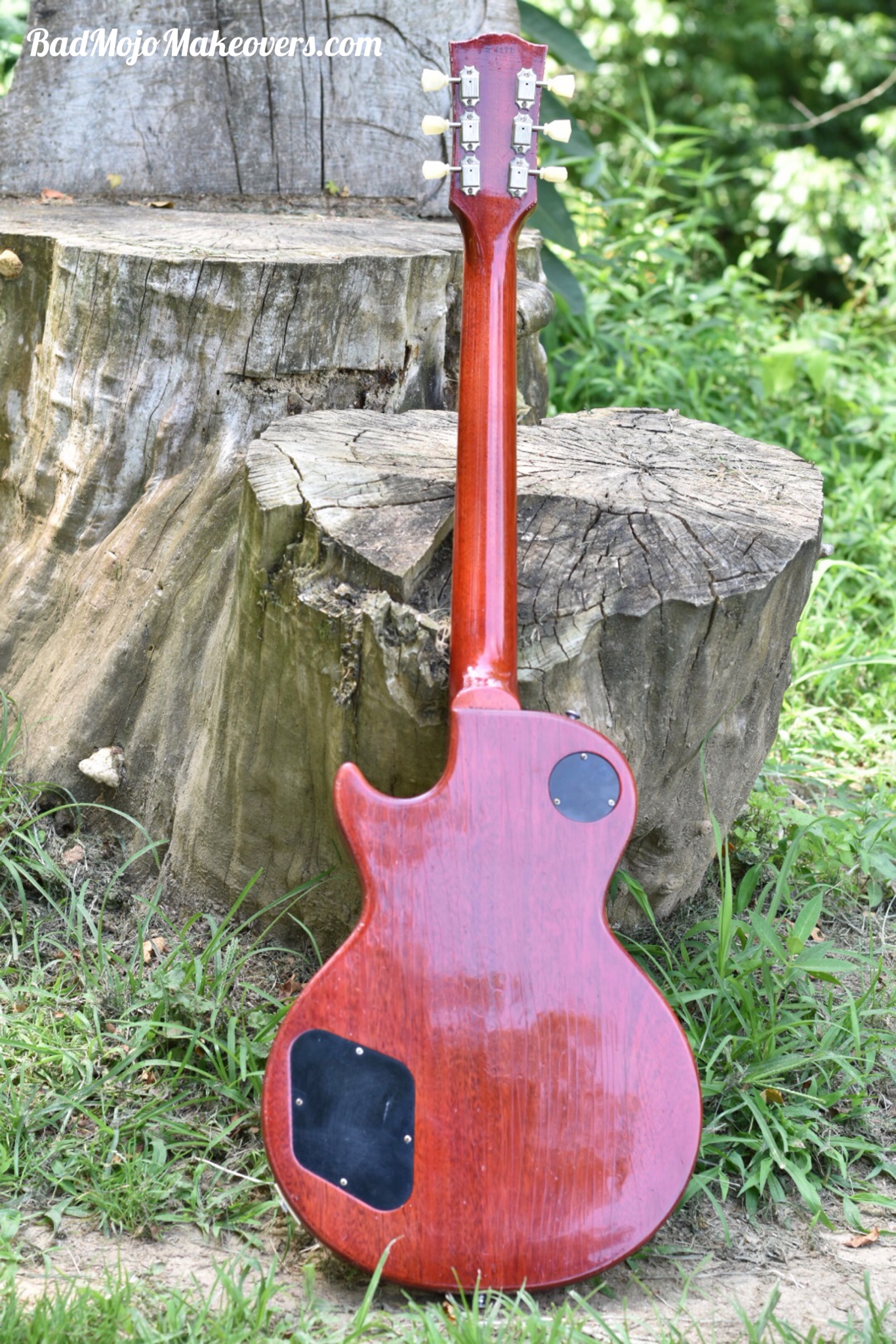 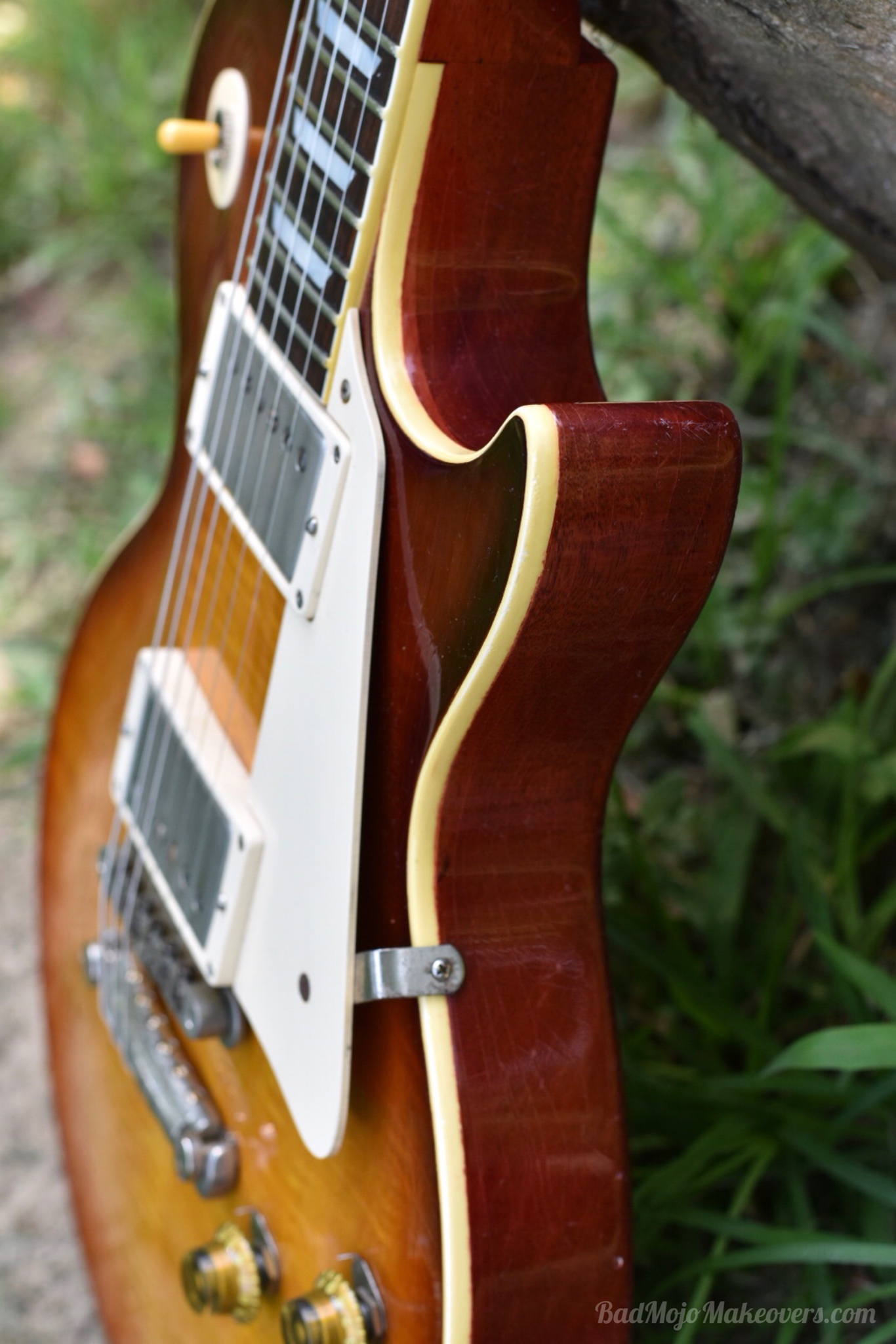 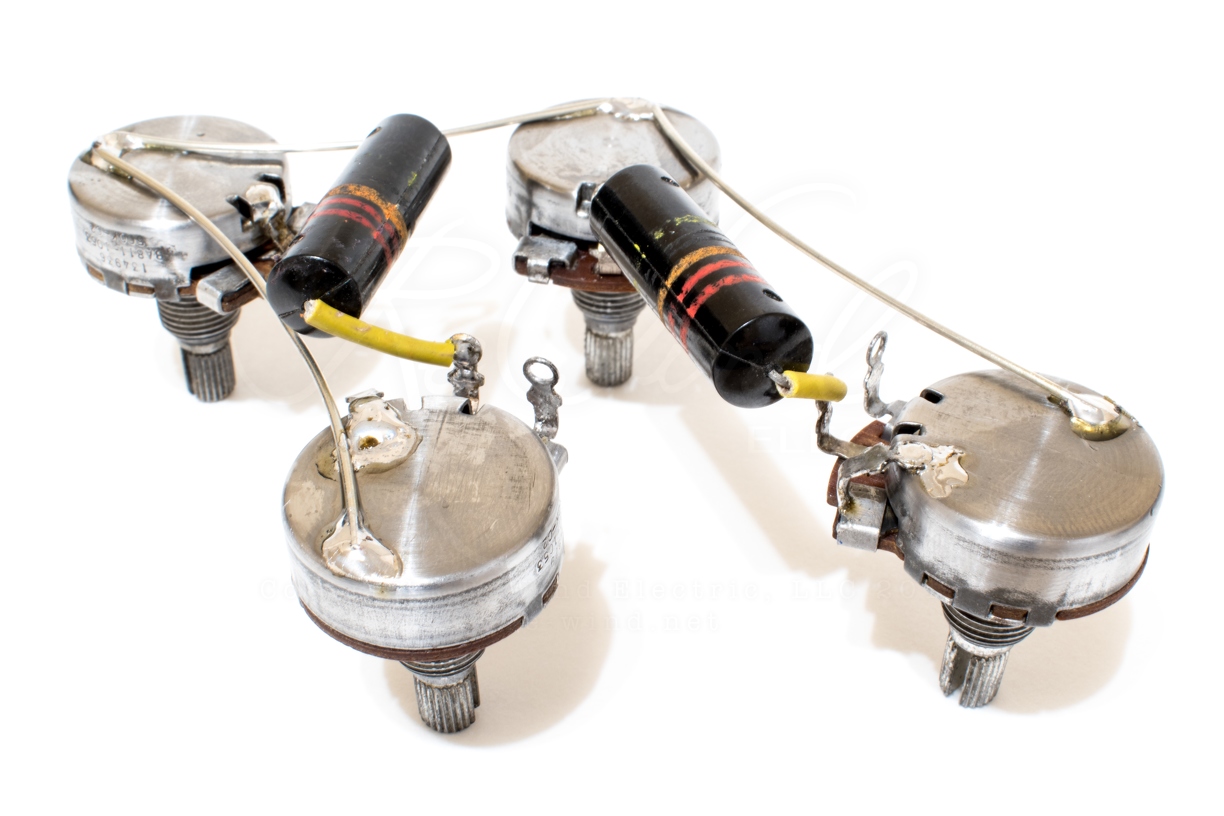 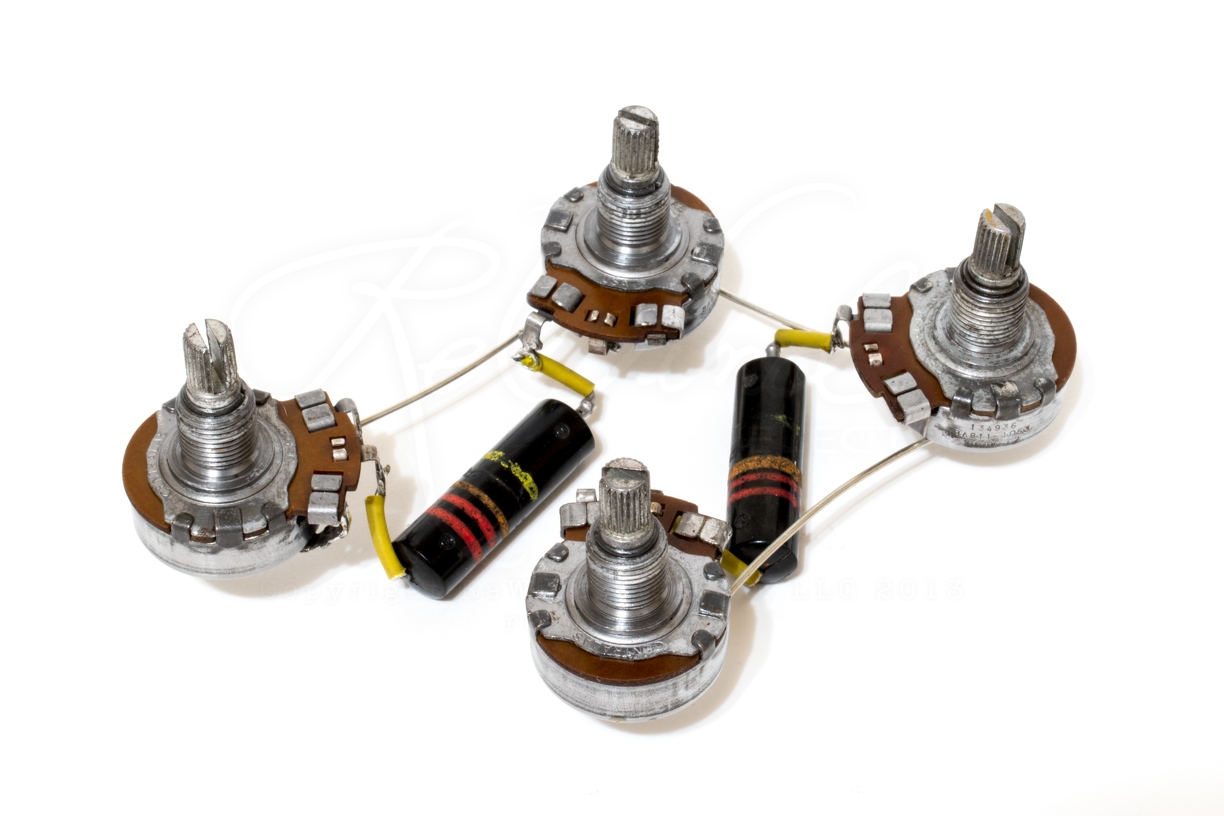 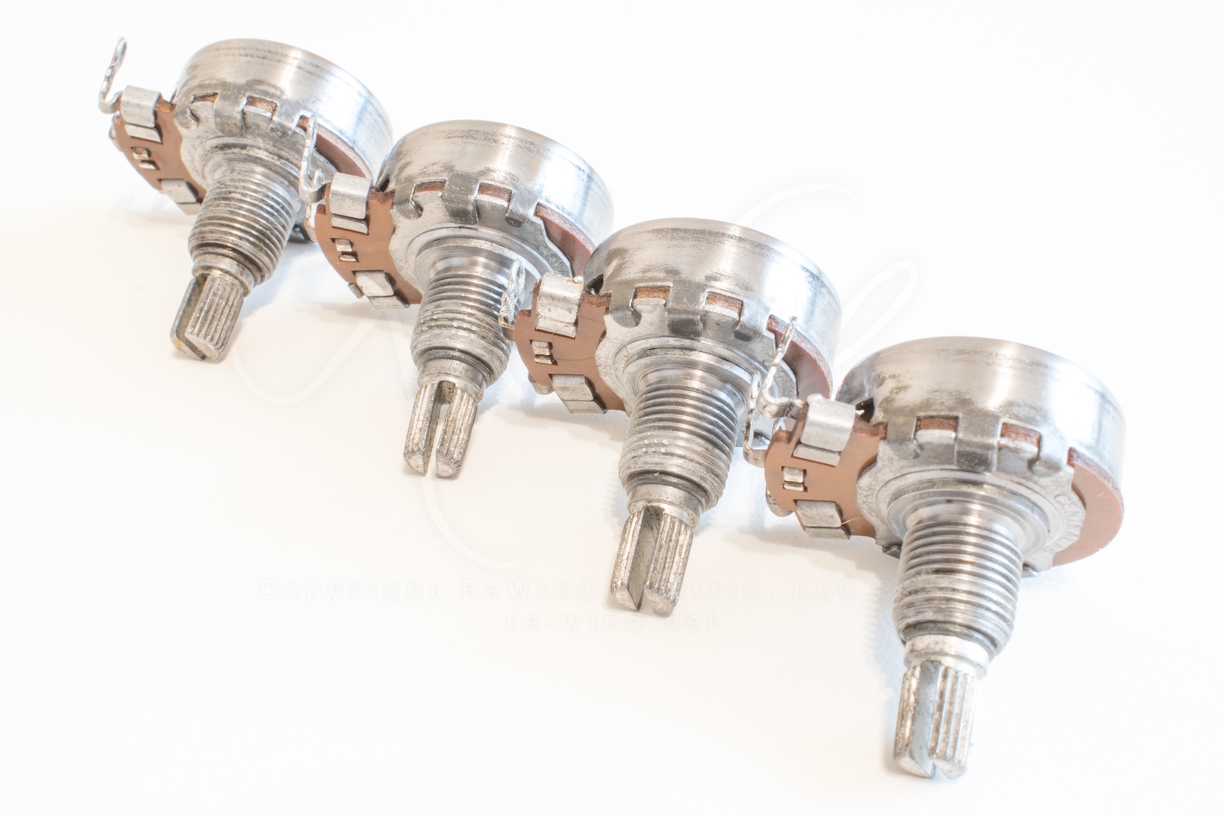 A STUNNING BEAUTY! The top carve is one of the best I've seen. How is the neck?
Do you know the neck dimensions?

The neck was listed as “59 historic spec” in the spec sheet. Here is a link to the original listing at CME. I believe it may have the Carmelita neck and top carve as those were specs of this run. 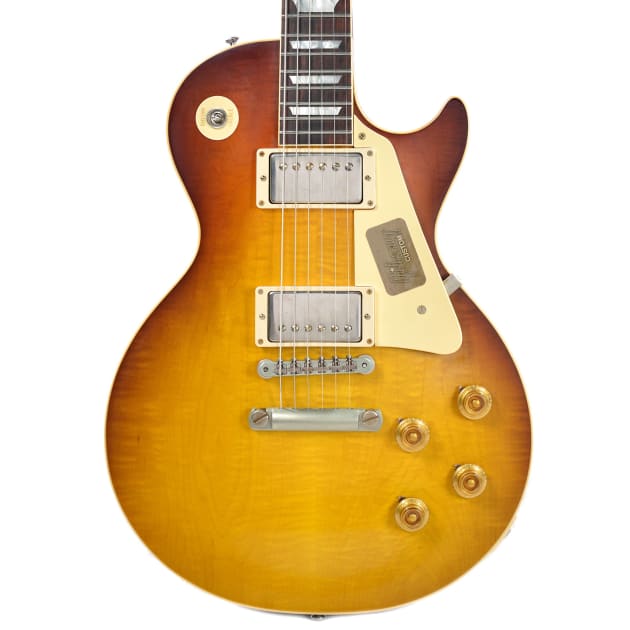 Wow! What a beauty!

Billy G would be jealous.

ESchmidt said:
The neck was listed as “59 historic spec” in the spec sheet. Here is a link to the original listing at CME. I believe it may have the Carmelita neck and top carve as those were specs of this run.

Looks like a keeper. Play the hell out of it.

Beautiful. I bet this project was a lot of fun!

Very cool. Love that our vendors were involved as well.

Looks outstanding! Andy does great work. The logo was a really nice touch. Congrats on having it back and going for exactly you wanted!

All I can say is wow! Awesome work and it turned out far better then when it left Gibson.

I'm just curious … How were you able to source all those 1950s original parts?

A company in Chicago, Vintage Correct Parts was very helpful in sourcing all of these parts. A few I was able to get through Reverb as well.

I just wanted to drop in and thank the MLP community for being so kind. I appreciate all the love. Working with Eric on this project has been a blast!

Kudos to James at ReWind his PAFs are amazing! If you guys/gals are ever in the market for a killer sounding pickup, I’d give him a call.

I am tempted!
The only thing I am not into to my CC#7 is the factory finish, it just doesn't have that vintage glassy, plasticizer-free type of look. Definitely going to work with Bad Mojo soon

Eric, that is an ABSOLUTELY amazing guitar! Truly special. Every square inch is jaw dropping.


BadMojo said:
Kudos to James at ReWind his PAFs are amazing! If you guys/gals are ever in the market for a killer sounding pickup, I’d give him a call.
Click to expand...

Thank you very much, Andy. I've been impressed by your work, as well, and this guitar is a perfect example to why!

Also, I can just imagine how great the guitar already was before you even got started on the makeover. 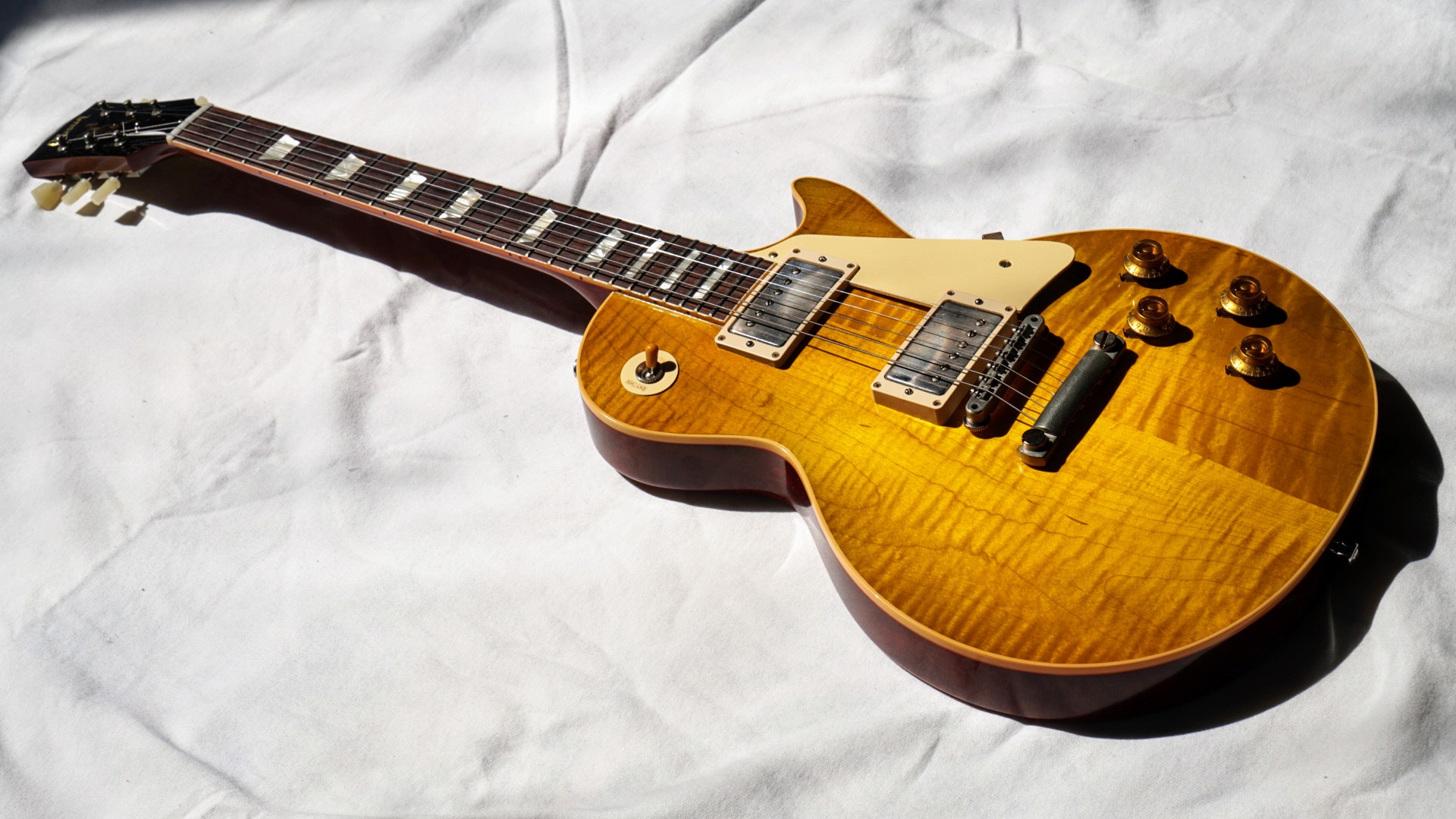