Pauls to the walls! Show off ALL of your Lesters!

David Garner said:
Here -- with a little camera trickery and arranging, I managed to get all of them in one shot.

Here are all of my lesters that have old wire pups... My CR7 (Chambered Reissue) & AFD #69 aged, and signed & played by the Slasher I got pinged to this old thread and realised that, yes, I'd acquired a fourth Les Paul since I posted my original three back when but hadn't shown it here.

So . . . Lou Pallo signature model, number 31 in the limited run, which I landed in 2016 as new old stock (the seller put it up on Reverb and told me privately that nobody had even touched the guitar since it arrived in his store in the year it was made, 2010) . . . (The Pallo originally came with black trim and black reflector knobs; I'd read where Lou Pallo himself might have preferred what you see here, so I went to one of those websites where you could design your own and did a Les Paul design like what you see here. I liked it so much that I up and did it to my own Pallo! But forget the cosmetic change, this guitar is a beautiful player.) Interestingly enough my favorite neck is the 2015 Junior. 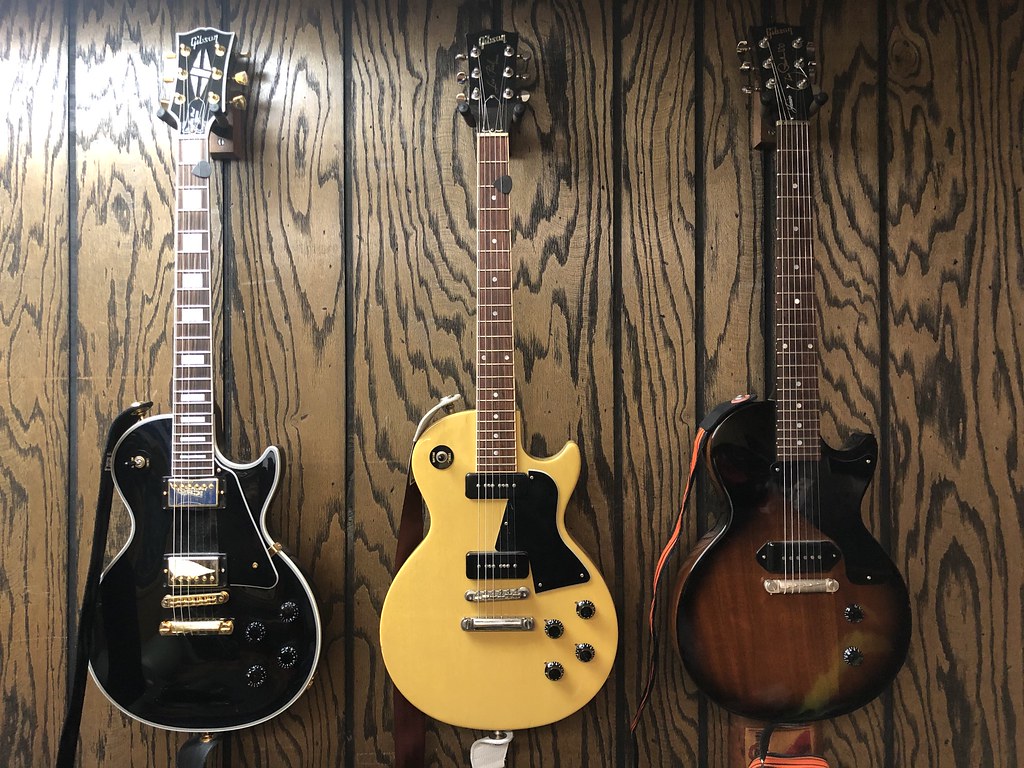 Some beautiful axes here but that surf green Standard of wrvond's is really giving me a GAS flare up. That thing is sexxxy. 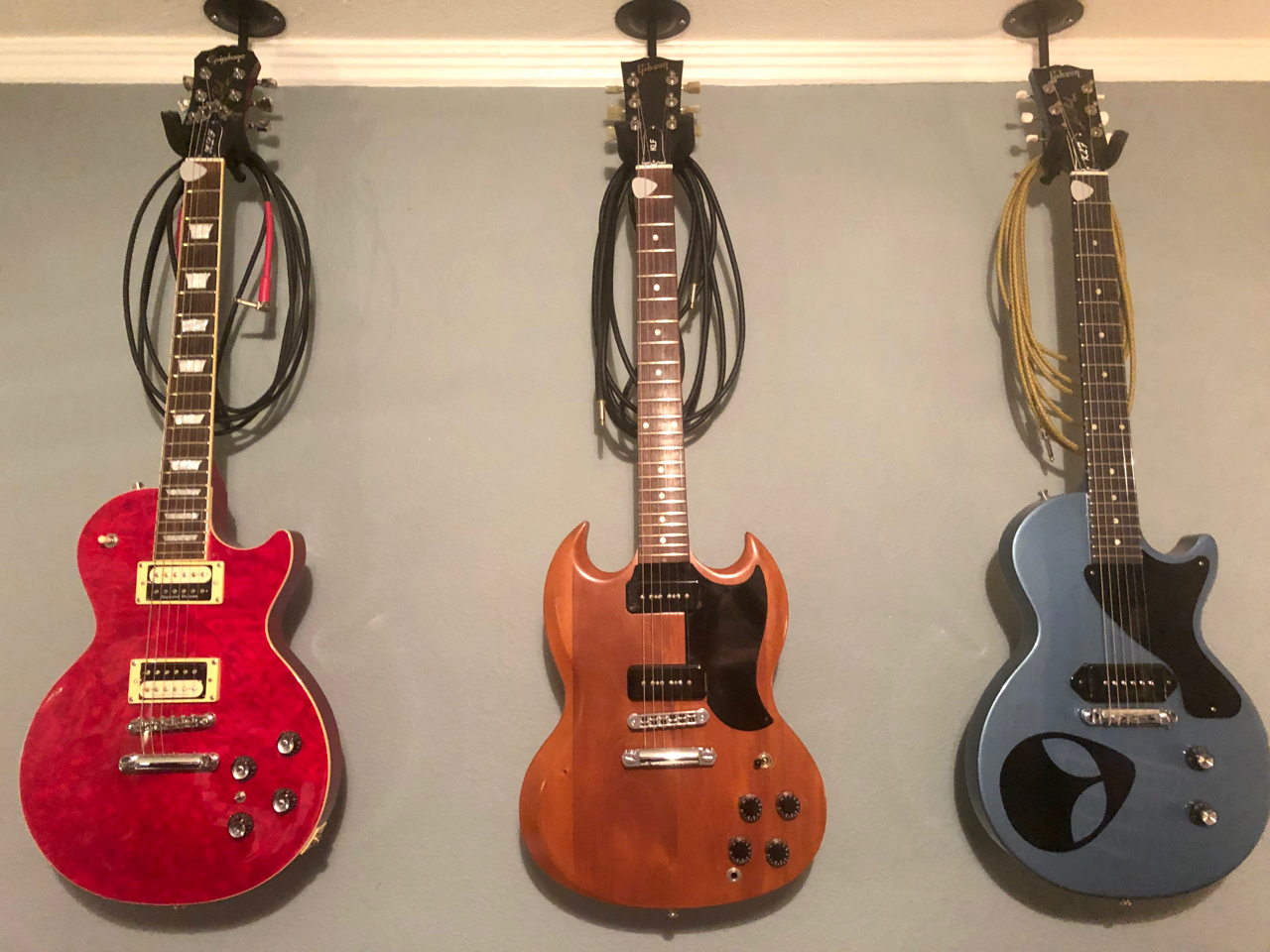 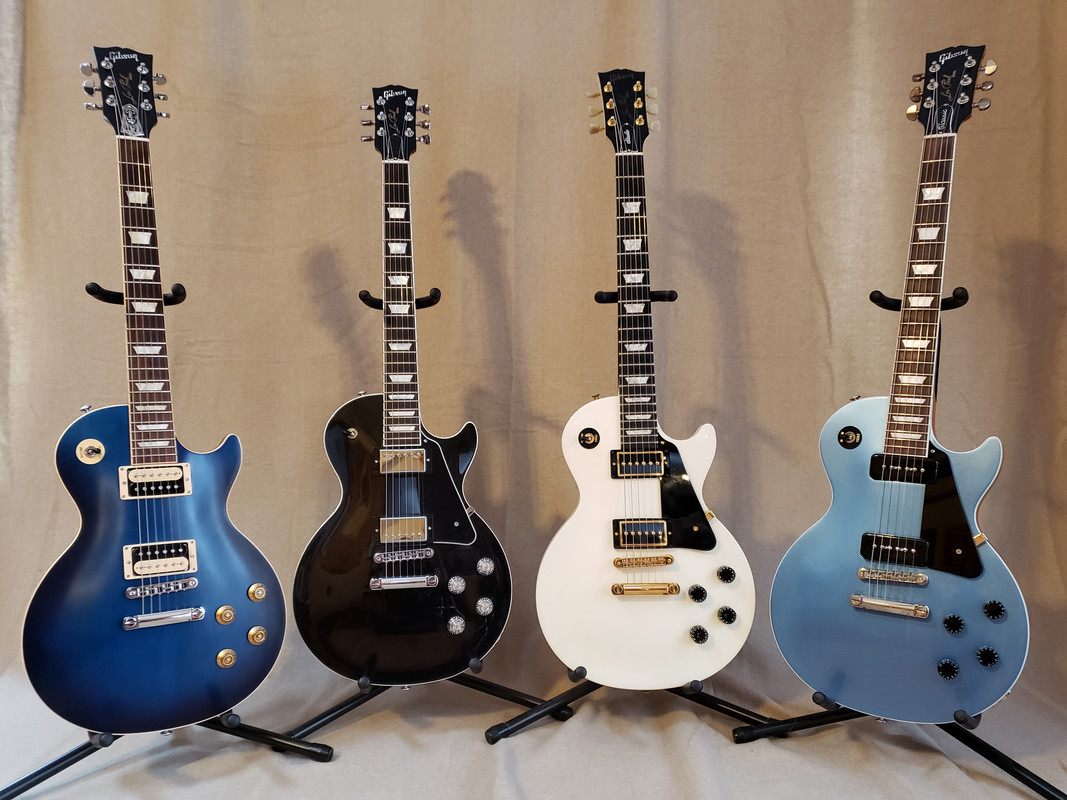 I finally got around to getting a good family shot -- both of mine in the same frame!

93 Standard on the right, 16 Traditional on the left. 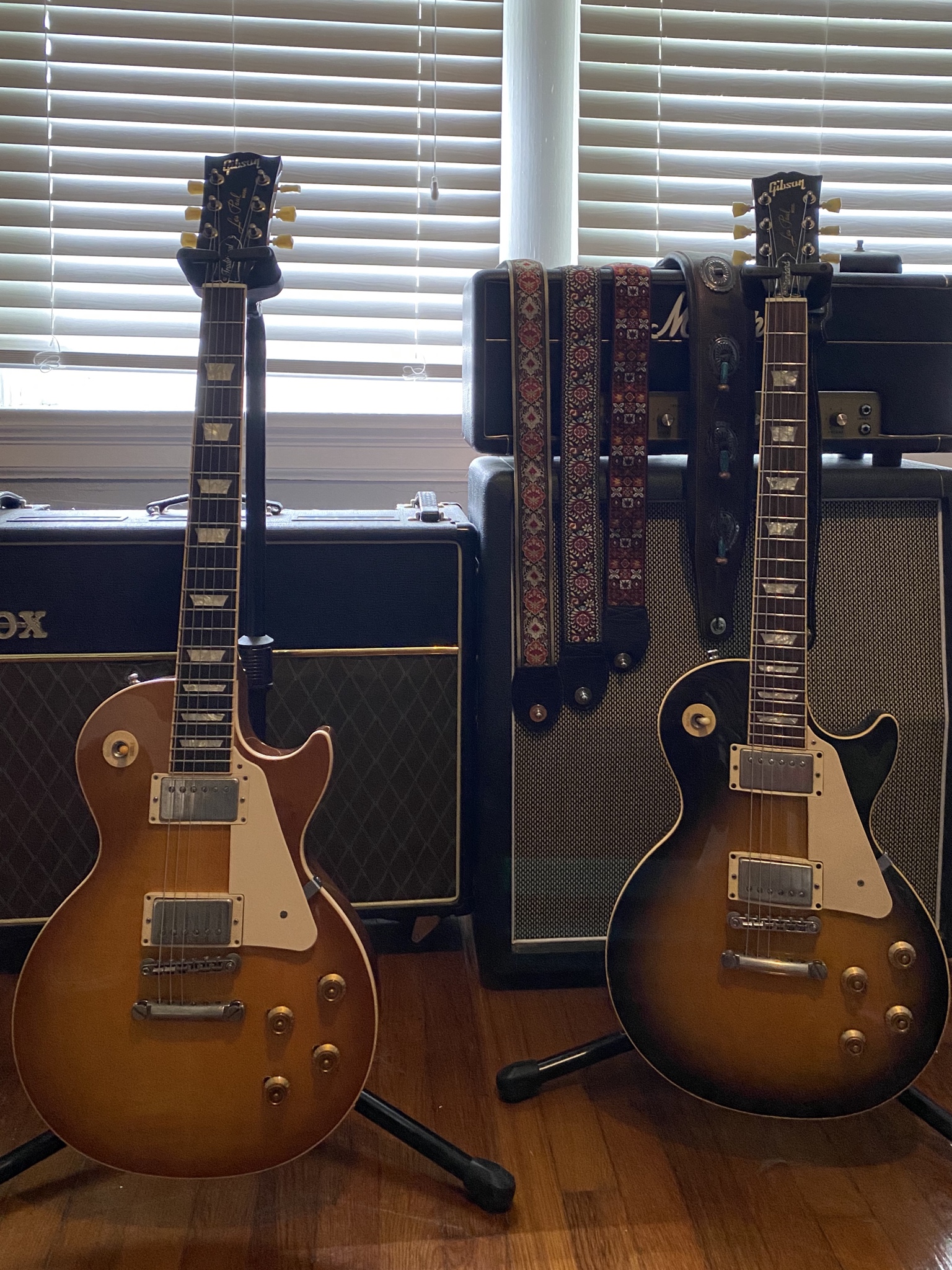