Ok seriously... why the Grateful Dead?

I've listened to some of their music. It's ok. I dug their Touch of Grey song they threw out in the late 80s. But why... how... did they form such a cult following? People following them around the country, going to show after show. "Deadheads." Seriously, I don't get it. I understand people joining in once the following was established, and had gotten big enough to sustain a continuous party for weeks or even months at a time, but how did it get started in the first place? Their music wasn't "that" good... was it? Not trying to rip on anyone who's a Grateful Dead fan, or anyone who considered them self a "deadhead". Just trying to understand how that following formed and grew. I've known some pretty die hard fans of some pretty big acts, and non of them went on the road following their favorite band around the country. Was it a hippie thing? Kids that didn't have jobs and just wanted to get high in a new city every few days, but needed a reason? Somewhere Grateful Dead fans must have gone from loving the music and going to concerts, to loading into the Scooby van to catch the next show, 1500 miles away. Anyone know how this got started?

My sister was a Deadhead...it was a sense of belonging...almost like a community. It also didn't hurt
that in the beginning they were passing out free acid... 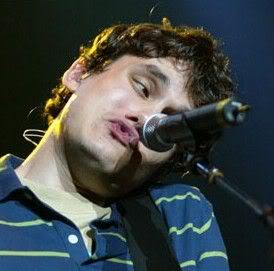 People who are really fucked up seem to greatly enjoy their music. Kind of like how ugly chicks look much better when you're drunk. And believe me, I'm the last guy to judge.

I'm with you OP. I don't get it and never will.

The only songs I have heard that I like have been sang by someone else. Then I go check the original version and am like. Huh?

You know something funny? I can't name a single one of their songs.

Guess you had to be there (I wasn't). Haight-Ashbury was the Mecca of music in the late 60's. what better venue for drugs and hippies than a jam band.

For the record, I really enjoy their music. "Wake of the Flood" is a fantastic album!

Sp8ctre said:
My sister was a Deadhead...it was a sense of belonging...almost like a community. It also didn't hurt
that in the beginning they were passing out free acid...
Click to expand...

that was part of it . but the way that I see it , it was more of a " scene " than anything

I used to love when they came to town, only because ACID!

You were either on the bus, or you were off the bus. It's that simple..

They were connected to some early shit that ended up being historic in terms of psychedelic drugs. That turned into a parking lot culture that was better than MOST band's stage shows, not only theirs. Going to a Dead show would mean access to a lot of things, from a free good time up to and including historically significant drug deals that ended up massively influencing the advancing genetics of the cannabis plant throughout the world. And it didn't stop at weed, either. And of course a lot of people dig the songs too.

I personally can't stand their music, I went on a lunch break with a dead head once a long time ago, him cranking dead bootlegs and chain smoking cigarettes in my face while yelling over the music at me about how great it was killed it for me.
Last edited: Jan 15, 2018

I don't qualify as a Deadhead, but I went to about 30 shows, over the years. In fact, I'd say that was the antithesis of the stereotypical Deadhead (I bathed, went to school, wanted to get ahead in life, aspired to work on Wall Street and be rich, etc.), but I could still enjoy myself.

I first saw them at a 4.5k-seat civic center in the '79ish time frame. The performance was unremarkable. However, I saw them, again, on the "Dead Set" (a live, electric double album that is serious rock and roll and blues) tour circa 1981 and they rocked. I continued to see them at various venues from DC to Maine up until Jerry died.

The shows were always entertaining, guests like Jack Cassidy and Branford Marsalis (and tons of others) sat in. The scene outside the concerts was always fun, if you approach it with an open mind. There were lots of hot women at most of the big city shows that dressed the part but were shaved and had fresh mani-pedis. I was chemical-free for 5 years, during this time (it started because I was dating a woman who was "in the program" and it was so good and healthy, I kept it going for years, after we split), and I still managed to have fun at the shows.

In college, my roommates and I made up a hundred or so tie dyed t-shirts (with a few of my drawings silk screened onto them) and paid for the trip and related expenses, to see them at the Meadowlands, with the proceeds. It actually was pretty cool, a nice looking woman would ask who did the artwork and I would say "I did" and she and her friends would hang out for a while.

Some of their music blows and is difficult to listen to. Some of it is quite good. At most shows, you might get a little of both. However, the overall scene and the mayhem that went along with their following made sure things were entertaining.

They're the band that didnt get in the way of everyone's good time at the show by interrupting with catchy hooks or memorable lyrics.


Still; sometimes you liisten and think "now there's a guy playing a guitar"

What's not to get?

I did not get it in the 70s and the 80s with one exception. The song Truckin' was one of a handful of songs in my adolescence that prompted me to pick up a guitar. I never learned a lick of the song though ...

I saw some live films / videos and got it. Some of their live stuff is amazing. Some not as much.
You must log in or register to reply here.

Can Someone Explain The Appeal of "Jam Bands" Like The Grateful Dead to me?
6 7 8

I'll be GRATEFUL (and probably near DEAD) when this weekend is over...