Hey guys new pedal day, picked up a Danelectro Dan-o-wah on a whim. think i got a good deal on it at $35 bucks. the thing looks damn cool, and it sounds pretty great. its purple, looks like an old car, and has a bunch of lights on it

just one question I've got about it. It has an integrated fuzz and octave circuit built in, but it doesnt have controls for the fuzz, and the octave only works when fuzz is on. the wah sound is great, has a nice sweep and good control to it, but to be honest the fuzz leaves a little to be desired. Its just too damn fuzzy, and boosts the volume significantly. both of these issues can be controlled with the volume on the guitar, but only to a certain degree.
here is a picture of the circuit board. I cant seem to find the diagram online. 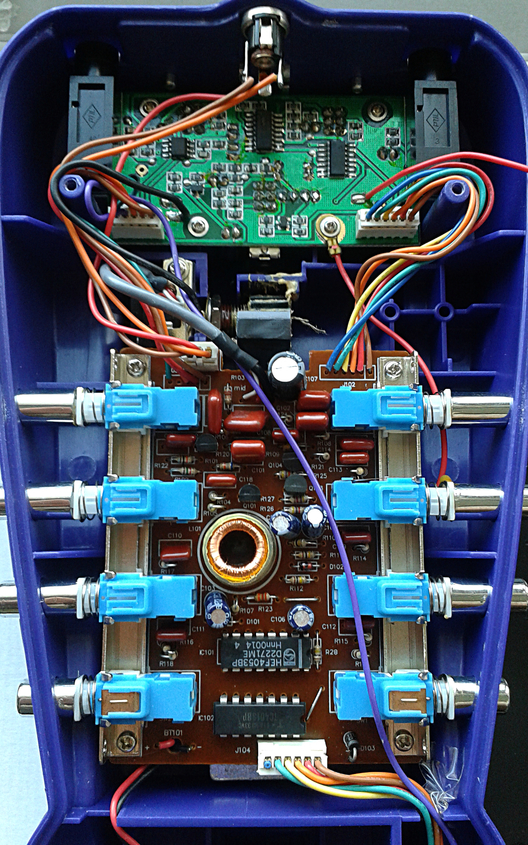 the button to turn on the fuzz is on the right, below the circuit board (on the left when youre looking at the top of the wah). the buttons for the octave effect are the bottom silver ones on the sides

ive kinda figured it out, if i roll back the volume and make my amp super clean then it sounds pretty good actually.

also one thing ive learned now that I own two wahs, is that if i use them both and rock them at the same time i get a super wah
You must log in or register to reply here.