Been a while, it seems. Think the last LP I bought, was the Golden Pearl?

There's really just not much else out there, I'm looking for. I still want a white Custom, and a EVH R/W/B. Though, not sure when, and from what period. Yeah, I've got a lot of guitars. But, I do play them all. My pecking order, constantly changes. But, I play them.

With wall space at a premium now (I have room for 1 more), if it doesn't get played... it gets traded for something, else. My 2011 Tribute with P-90s, was a good guitar. But, on a wall of Standards, Traditionals, Reissues... it was just taking up a hanger. I'm also kind of at that point where.... dare I say... "satisfied?"

These two were guitars I knew I'd eventually own. I've known I was going to buy the Classic, since I bought the Pelham Blue. I knew I was going to buy a R9 some day. I had passed on a R8 a couple years ago, been kicking myself since. Said if a sweet R9 ever came available at the right time, it was going to be mine.

I was actually going to buy the Classic, right after I bought the first one. Then the price went up. Then it went up again. Naw... I wasn't paying $2,100 - 2,200, or having to deal from that point for something I had, in a different color. I knew if I waited 9 months, they'd go on sale at the end of the year, for considerably less. Sub-$1,400 is considerably less.

As I was picking up my Angus SG from getting repaired (neck p/u died)... my buddy asked, if I had interest in a R9?

A mutual friend was going to sell it to GC, but he didn't have the original BurstBuckers. He had put Sheptone BK Signatures in there and that presented a problem for them, as the sale was somewhat conditional on original condition.

While I would prefer stock, the Sheptones are superior. So I made an offer for it, which I knew was more than they could. And still probably one of the best deals I've made on a guitar, where everyone was happy.

It was a pretty funny process. There's a LOT more to it, than that. I maybe took it a little far, playing dumb and innocent in a certain subforum

. But... like I said. Everyone that mattered, was happy with the deal.

Cool... one piece body. And we checked, thoroughly. No seams. Thought that was one, down the center when I first looked. Its not.

Still some things I'm going to swap out. I've got a full set of Gibson Gear P-90 plastics, which are more cream. Plus, I really need to replace the Epi style PG. C'mon, Gibson!

Oh yeah... that other guitar. Anyone still here?

(only really significant scar - original store owner dropped it - and in a roundabout way, how it ended up with me)

SAME guitar... with my Honeyburst Trad. I call this, "Son and His Father"

And back to natural light...

Curious about back of headstock. Why doesn't Gibson stamp Made In USA, Built in Nashville TN or something like that on all their guitars? Nice touch that would cost next to nothing.

Both are very nice amigo

May I ask where you got the multi ply pickguard that's on your Pelham Blue classic? I've been thinking about getting one for my own classic. Looks much nicer than the plain black guard the guitar came with.

Curious about back of headstock. Why doesn't Gibson stamp Made In USA, Built in Nashville TN or something like that on all their guitars? Nice touch that would cost next to nothing.
Click to expand...

Because they didn't start that, until the 70s.

Personally, I don't like the stamp on the back.

There's nothing "custom shop" about the mass produced Chinese Epi below or limited addition other than MF/GC may have ordered ONLY 5,000.

A nonsense label that I'd think most Epi owners would take if they had a choice. I know I'm nitpicking but something sharp on the back to note its origin or uniqueness wouldn't detract from the heritage.

The "son and father" pic is pretty cool by the way. Wallpaper worthy.

and play them in good health!

Wow!
Two beauties!
And that serial number on the R9!

wildhawk1 said:
There's nothing "custom shop" about the mass produced Chinese Epi below or limited addition other than MF/GC may have ordered ONLY 5,000.

A nonsense label that I'd think most Epi owners would take if they had a choice.

I know I'm nitpicking but something sharp on the back to note its origin or uniqueness wouldn't detract from the heritage.

The "son and father" pic is pretty cool by the way. Wallpaper worthy.
Click to expand...

Please don't take this the wrong way. Everyone is entitled to their opinion.

But you really should take your question/commentary, regarding that topic to the Historic and Reissue subforum. I am 100% absolutely certain, they'd love to discuss the topic with you. Lot of knowledge on the "details."

As I stated, I'm glad they didn't. While it isn't an exact replication of a 1959 LP, there's several things that are. They put a basic stamp, first number is the year it signifies 9 for '59 = R9. Second 4 digit number, is the production number. They didn't do that back then, they don't do it now on the R guitars. My personal feelings are, it really doesn't matter. It's not something that signifies its the real deal. Far from it.

Here's the back of my 2015 True Historic (7 for '57, production no. 5283). It is as historically accurate, as you can get on a Les Paul They say its as if you took a time machine back, bought one off the wall, and brought it back to today. Notice what it doesn't have.

Seriously, throw it up in the Historics section. "Why don't all R* guitars have the Custom Shop, or some classy logo?" Take the Epi pic too.

Room is kind of cluttered. But this is all 17. Now, I need to get THAT onto a wallpaper. I have a LOT of stands. I don't have that many.

Wonder where @Christosterone is? He usually smells gold?

May I ask where you got the multi ply pickguard that's on your Pelham Blue classic? I've been thinking about getting one for my own classic. Looks much nicer than the plain black guard the guitar came with.
Click to expand...

I had to order that from Creamtone. I also had a Vintage Gibson cream one I grabbed, I was going to put on the PB, if I ever swapped everything out. Didn't use it, then was going to put it on the GT... and it doesn't fit. Top screw hole, its just slightly off. I'd have to fill the hole and redrill.

I'll order another from Creamtone, in cream.


Bobby Mahogany said:
Wow!
Two beauties!
And that serial number on the R9!

Yeah... that almost sold the guitar right there.

+1 for the fence hanger

Utmost said:
+1 for the fence hanger
Click to expand...

I had posted pics on Facebook a while back. An old friend said... "Dude, you really put a guitar hanger on your fence?"

Damn right I did! Get's the full sun, until noon.

Honestly, I had a couple spare hangers that couldn't be used on a constant basis with the Gibsons, saw that spot on the fence and went...

GibsonKramer said:
Wonder where @Christosterone is? He usually smells gold?
Click to expand...

I’m just chillin on my car in my casual clothes 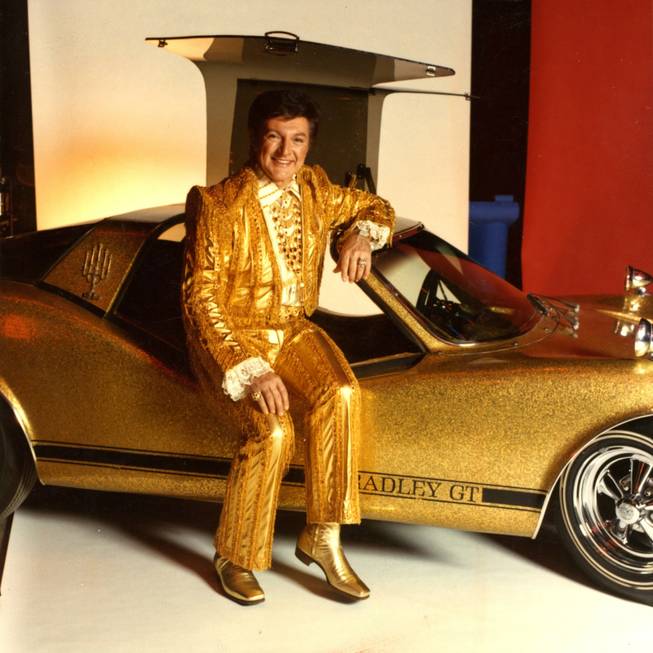 I don’t think, (in fact I know), if I had that many guitars, I wouldn’t play them ALL!

For sure I’d be too lazy to keep up with repairs, set ups, string changes etc.

I don’t think, (in fact I know), if I had that many guitars, I wouldn’t play them ALL!

For sure I’d be too lazy to keep up with repairs, set ups, string changes etc.

I always tell people not to be jealous. It looks cool, but I'd really give it all back, to correct some mistakes I've made. I don't mean that to sound like an ungrateful prick... but I remember looking at guys' collections, feeling the same way. And just knowing, I'd never own anything like that...

Life is give and take, lose and win. I took some blows, and I'm still standing... so I'm just trying to enjoy what I can now. Because like they say... you can't take it with you. I'm gonna get as many in, while I can while I'm here.

Surprisingly repairs, set ups, and strings aren't that much of an issue when you have this many. I go through stages, with a rotating favorites group. Depends mostly on what I'm trying to learn, at the time. But, the guitar I go for first, changes on almost a nightly basis. I'll change guitars typically 2-3 times while I'm playing. One of them, will typically be a constant in that rotation. For several weeks, I was drawn to my '90 Standard. So it got played with 2 or 3 changing guitars, every night.

My TH and the '68RI were probably #1a and #1b... then I got the R9. I'm not sure where it fits. Its lighter than the other two, and its got some mojo in it. That's one that inspires you to play better.

When I got the Classic yesterday, once I got over the "oh so pretty" reaction and started playing it, I realized it wasn't something I was going to play often. It had one of those setups that will pass all the checkmarks, but isn't really setup for playing. I took it back in, and asked for it to be setup the way I wanted, including top wrapped. Just spent a couple hours with it... and I had one of the best times I've had in a while. It was like my playing suddenly took a little jump forward. I felt it when it came.

And with that many... I'm not really playing any one guitar that much. Wear and tear is minimal, repairs are few and far between (my Angus p/u going out, was the biggest issue, so far). I only change strings when they break. And corrosion, really isn't an issue.

But, you'd be surprised at how many guitars you can actually play. Standing there, playing a honeyburst Standard... you're staring at a P-90 GT... you're already thinking ahead.

Speaking of the GT. Here she is, after I got her back from the setup! She is a BOAT ANCHOR though. That is one solid, dense slab of Mahogany. It sounds and plays incredible.