As you can see from my avatar, I am a HUGE Alvin Lee fan !! So when I got the opportunity to get this rare ( only about 20 made ) Heritage 535 Alvin Lee, I pulled the trigger on Ebay. Also I had heard a lot of good things about Heritage guitars, so it looked like a " Win - win situation "
About a week after I had paied for the guitar, and the guitar had been shipped to the shop in Louisville that ships to Denmark for me, I got an email from the seller, Dale Manning, saying that " he had not send the guitar with the " Alvin Lee " truss rod cover that is original to these guitars ( eventhough he had a picture of it on his Ebaty add ). He said he was out of town and would send the truss rod cover when he got back on feb 4 th. Well, feb 4 th passed and I heard nothing and has still not heard nothing. So I was a little sceptical when I got the guitar a couple of days ago.
The guitar sounded like shit right out of the case. The wiring of the vol pots were bizarre to say the least ( Alvin has a special middle single coil pu that he blends in ) and the nut fell of when I changed the strings.
I have gotten in contact with a guy in Germany who also has an Alvin 535 and from his pictures I could see that my single coil pu was different from his and that the inside lable was signed in a different handwriting
So far so bad. Now I have changed ther strings ( that looked like they were from 1993 ) and adjusted the guitar and now it sounds and plays really great, so for 2 K I guess I have not been totally scammed if the guitar should turn out not to be an Alvin Lee Signature. I think a regular 1993 535 sells for about 1500 $.
Still, I would really appriciate any input about the autenticity of this guitar. I have been told that Heritage is not all that informative when you contact them.
Here it is together with 1965 Alvin Lee signed ES 335 and Aged and signed Alvin Lee Big Red # 38 ( of 50 )
ROCK ON 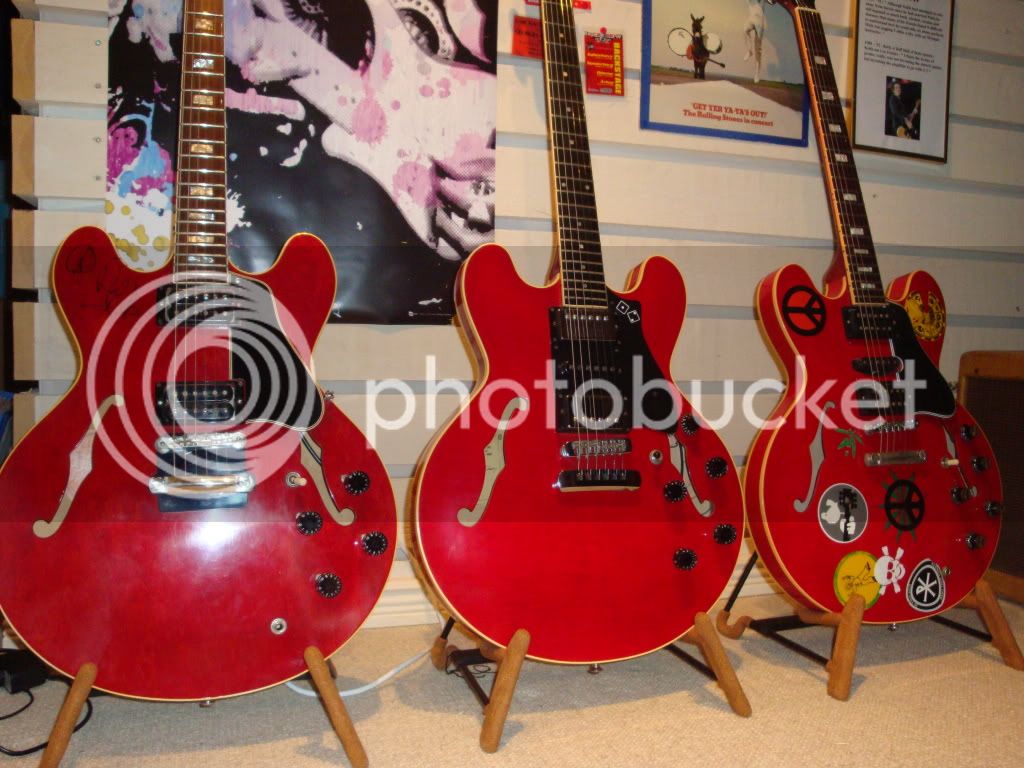 INSIDE LABEL FROM THE GERMAN GUY´S 535

sorry to hear that it came messed up!

And your experience with the seller does sound a bit odd.

Well, I'm definitely not an expert when it comes Heritage Guitars but I don't think that your 535 is a Standard Model Alvin Fake. Remember that my Alvin Lee seems to be some kind of preproduction model for the Frankfurt Music Fair and that the serial dates it to 1992 while yours has a 1993 serial. Official production started in 1993. So its possible that they just used a different singlecoil and that some other guy has written the label.

I remember now that my luthier told me the Schaller PUs are crap - at least for a guitar like this - and that I should swith them. Maybe the preowner of your 535 did that too but rewired it again (and failed by doing that) to sell it in its original condition.
Another point that came to my mind when reading your post, why should someone make this kind of pickguard, drill an extra hole in the body and fit an extra pot just to gain some money? Ok, people are strange and I'm just speculating.

And maybe try an email to Heritage. Perhaps they know how to use their computers now...

Anyway, nice guitar. Hope everything will turn out fine!
If you need some more pics, let me know.

Brentrocks is the resident Heritage expert here. Also here is the Heritage Owners Forum, someone there might be able to answer your questions.

The #1 Forum for Fans and Owners of Heritage Guitars

i have been trying to find pics of other Heritage alvin lees....so far from what i can see it looks to be legit....the only think i'm worried about is that there is no LE # above the serial #?

) He was told it was an early prototype from 1992 and he changed the pickups. It has the same flame as mine.

PS : An update on the missing trussrod cover : 2 hours after I posted my first post, the seller ( finally ) mailed me ( maybe he read my post ) saying that hed had found the cover and would send it to me. So now I hope to see it soon.....

Alvinfan said:
hope it is OK to post it A.

Note, your pickguard looks different. A little shorter on the lower horn. Or is it due to perspective?
And the knob for the singlecoil is wrong.
But I still think that yours is legit.

Here are few more pics of mine, hope it helps. 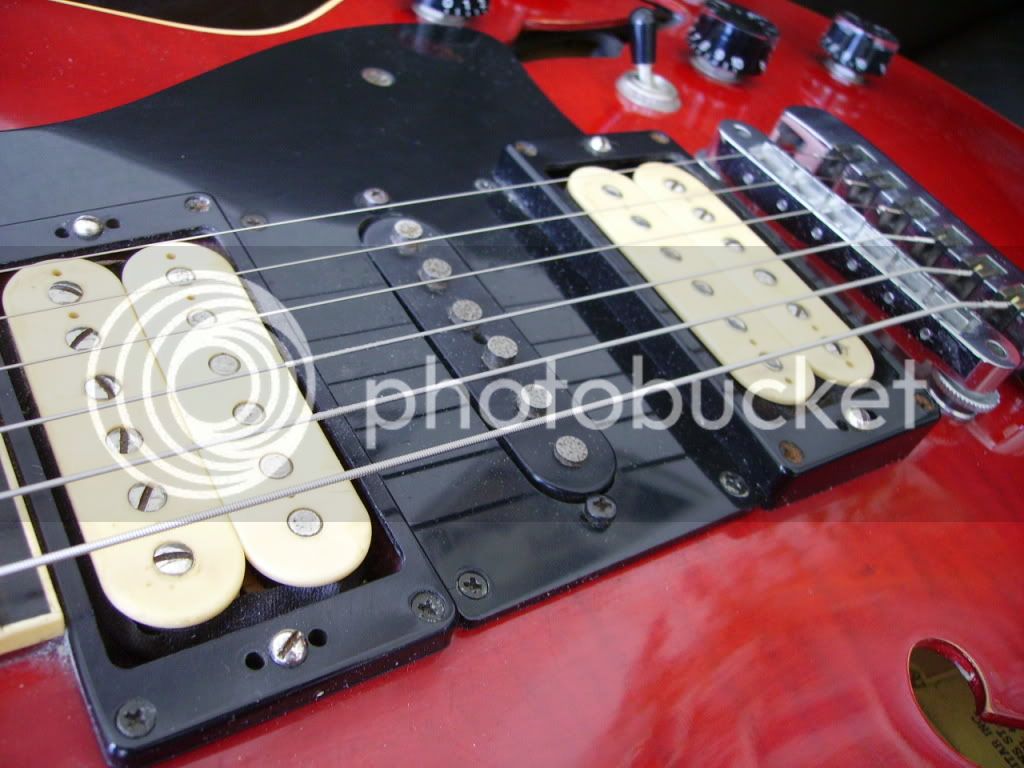 i think you are ok man....i dont think they did a LE # on the Alvins

In the meantime I will be gassing for this Pink lady from "Wolfe Guitars" ( What a great selection of Heritages they have !!! ) ! I think it would look good with Alvin stickers all over it : Posh meets Rock

Holy cow I just picked up this guitar in a trade! It's been around the block a few times but plays very well. Was the middle single coil "dummied" when you had it? Are the pop-up tone knobs original? Just wondering what year you sold it?

I got it in an overall trade of some guitars so value-wise didn't pay very much for it...hoping it' a steal though In any case, I am enjoying it.

I hope it all works out for you Jesper.....jk
G

Jim Klein said:
I hope it all works out for you Jesper.....jk
Click to expand...

Thanks JK! Such a fun one to play...knowing more of its history would just be a bonus.
You must log in or register to reply here.

For those of you who like STICKERS on guitars

ALVIN LEE would have turned 70 today ! Thank you for the music
2