Hey folks,
Although I really love Gibson guitars, lately I've been developing GAS for a strat. I've considered different options for a while, including partscasters, Mexican strats, and american professionals/originals but eventually I wanted something on pair with my Gibson custom shop in terms of quality, since for me a guitar isn't just a tool to produce music but it must drive inspiration and desire to play.

Lately I've been noticing some limited models from NAMM 2019 popping up in few selected dealers, including mine, so I decided to check them out.
Eventually, my attention was caught by the super heavy relic series, not only because of the look but also because of quality, wood selections and specs. Price point was steep I've to admit, so I hesitated for a while.

Last week, however, my dealer ran a fender custom shop event, and John Cruz was there, presenting some of his own masterbuilt guitars and signing autographs. While having a quick chat with him I asked what he would pick from the FCS team built section at the store and I was really surprise to see he pointed out the same guitar I had already felt in love with:

That was the input I needed, and I decided to take her home with me.
I don't know how much of this is actually true, but he said these super heavy relic are basically masterbuilt guitars without the signature, and looking at the "Shop Floor Traveler" it has most likely been built by Jason Smith.


Anyhow, what I really care is that it looks and sound beautifully. The wood has a lot of detail and visibile grain, it is alder but looks almost like ash, fretboard is among the nicest I have ever seen and the guitar is very alive and resonant even when unplugged. I really like the HW 60/63 pickups, they are fat and punchy as any proper strat should be.

I understand that the relic might not be everybody's cup of tea, but I believe it is a real work of art, with a lot of details and character. Anyhow, enough words, here she is: 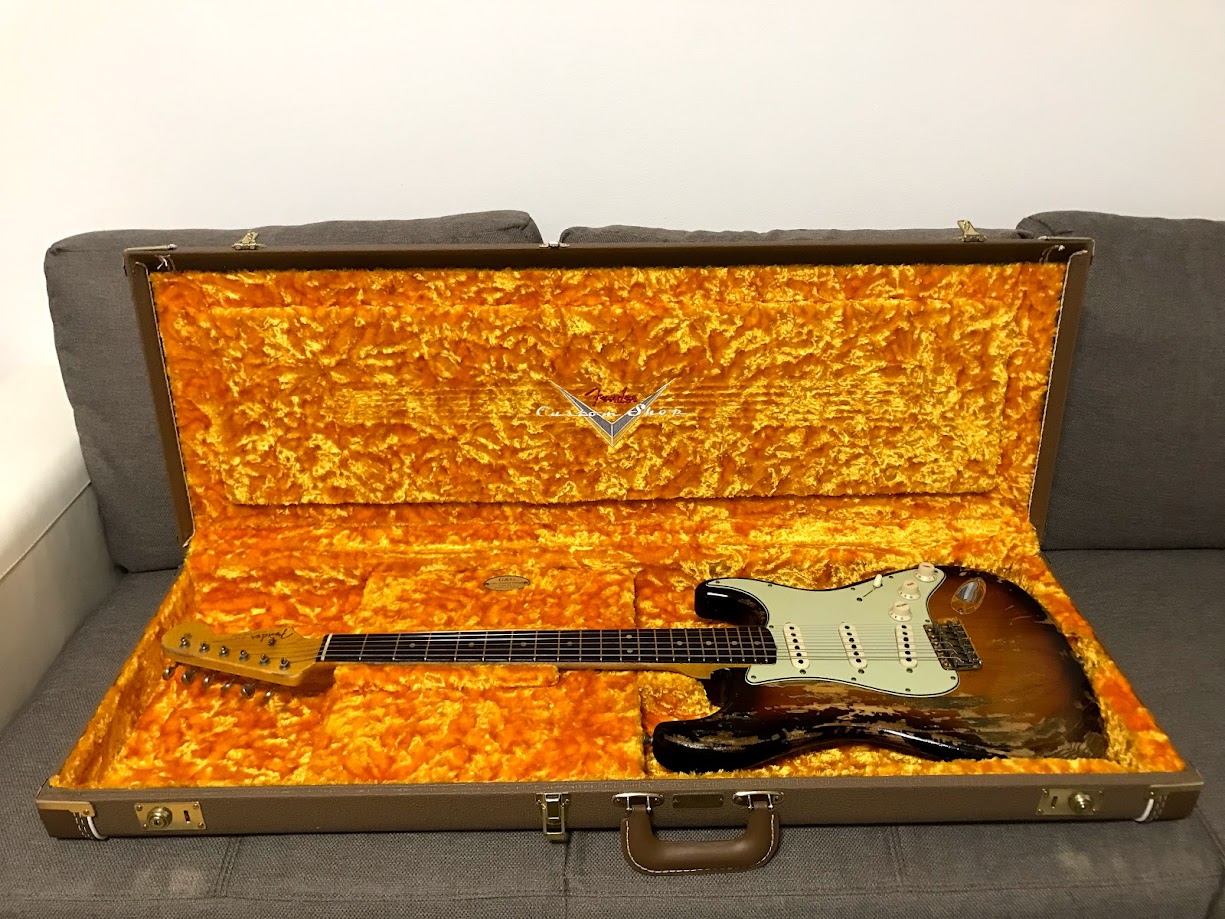 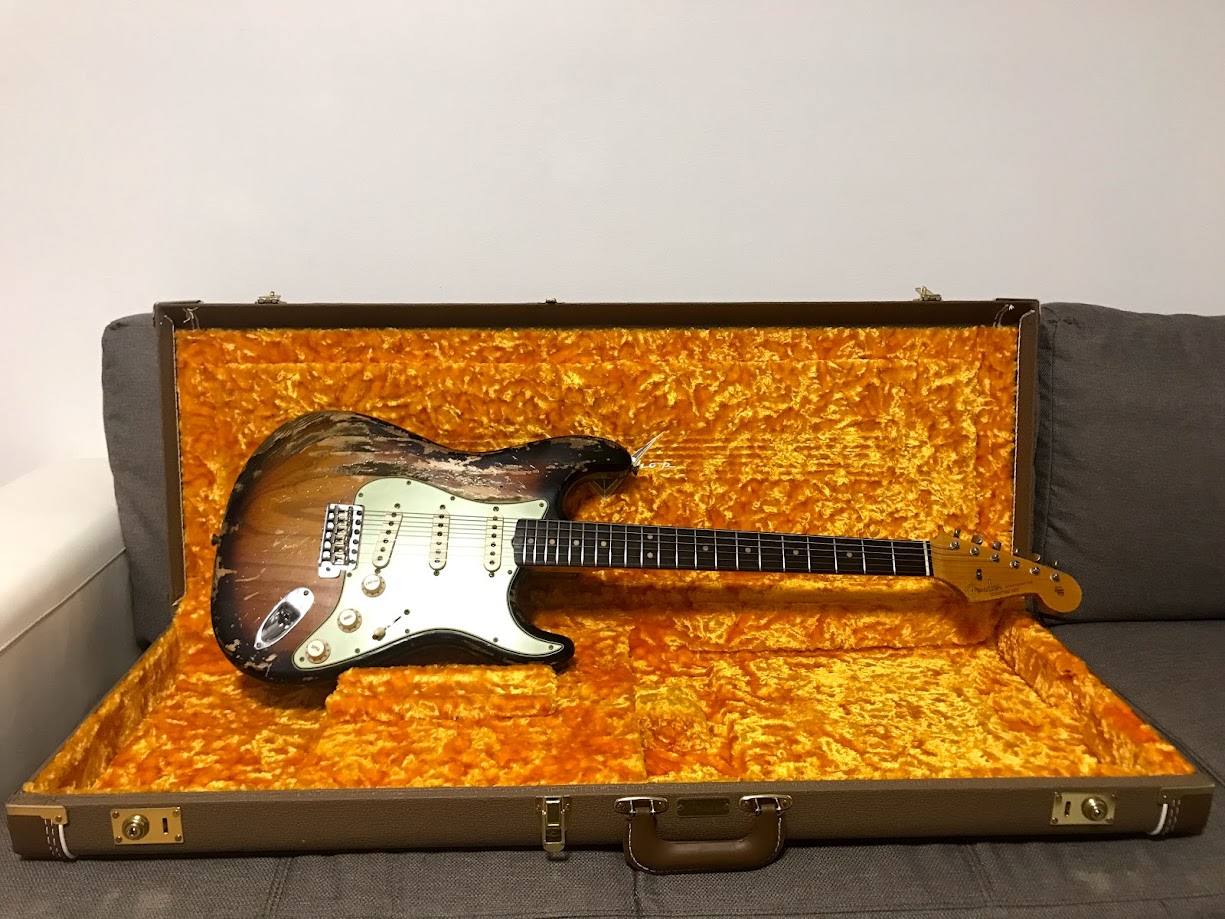 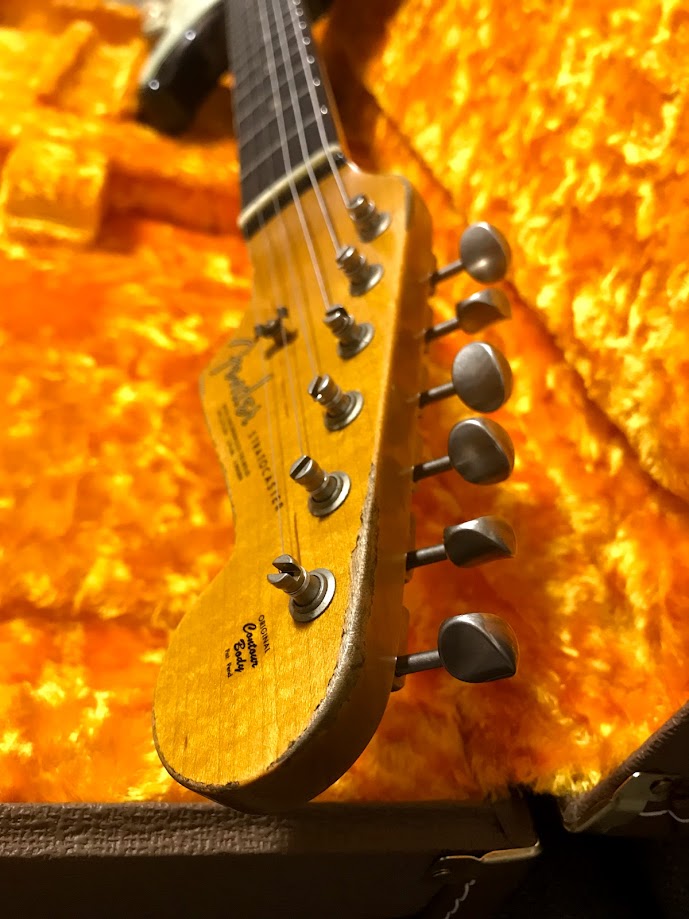 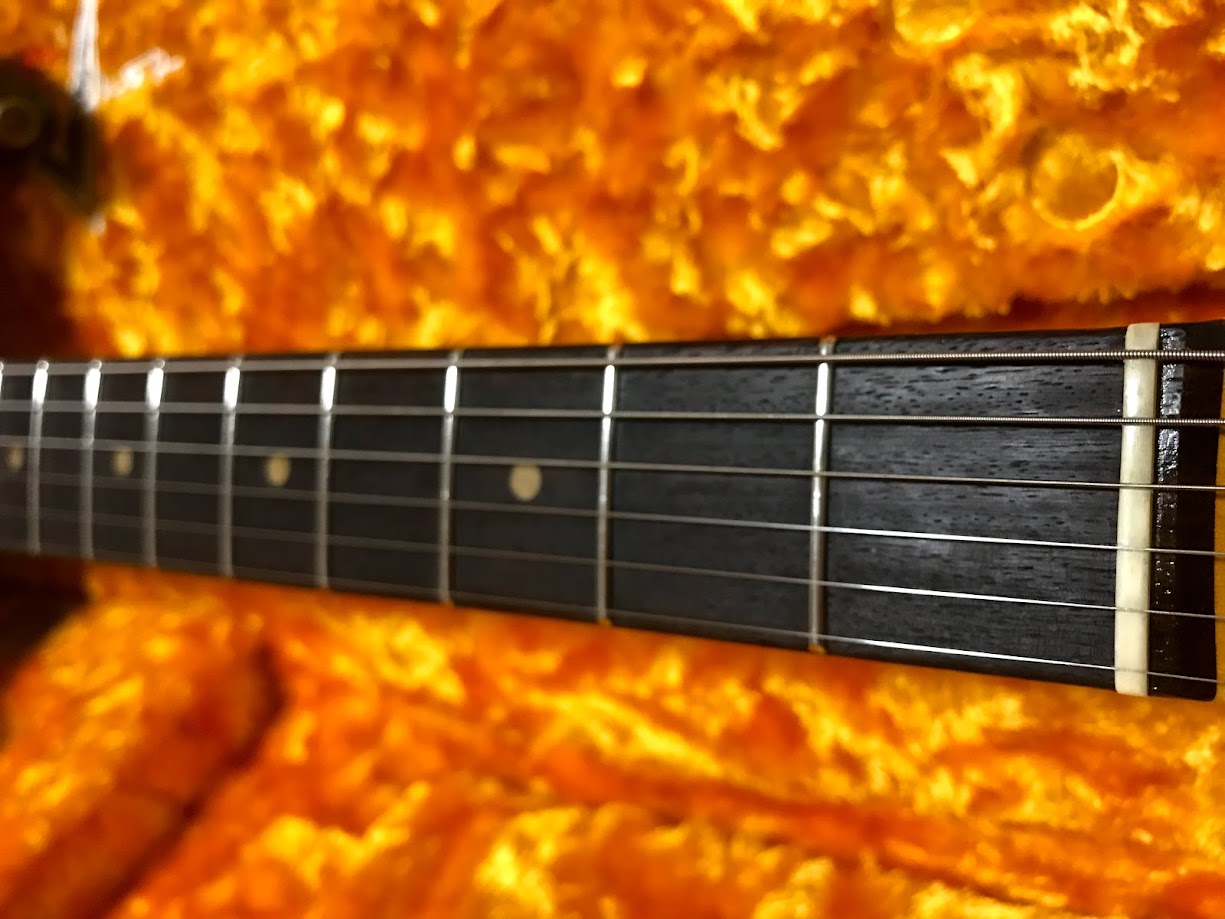 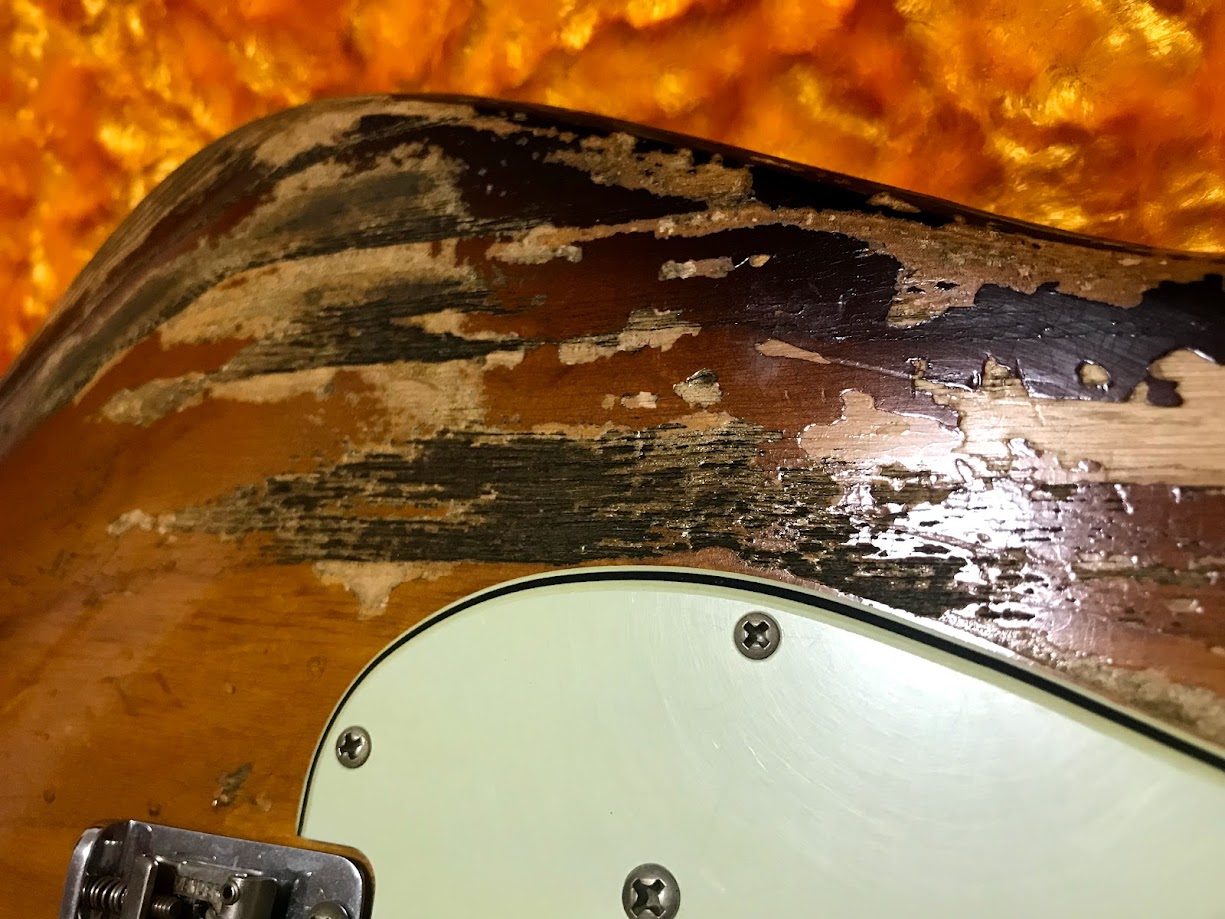 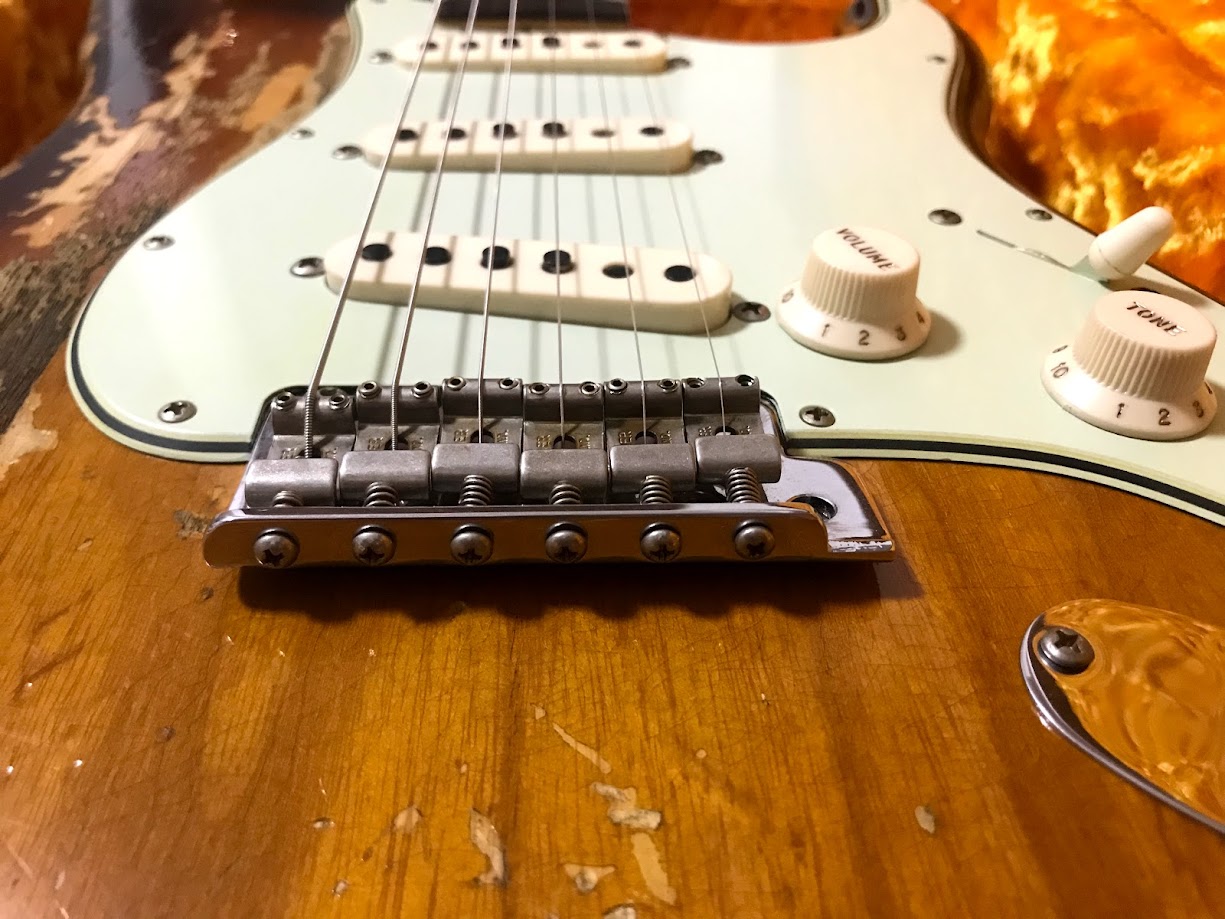 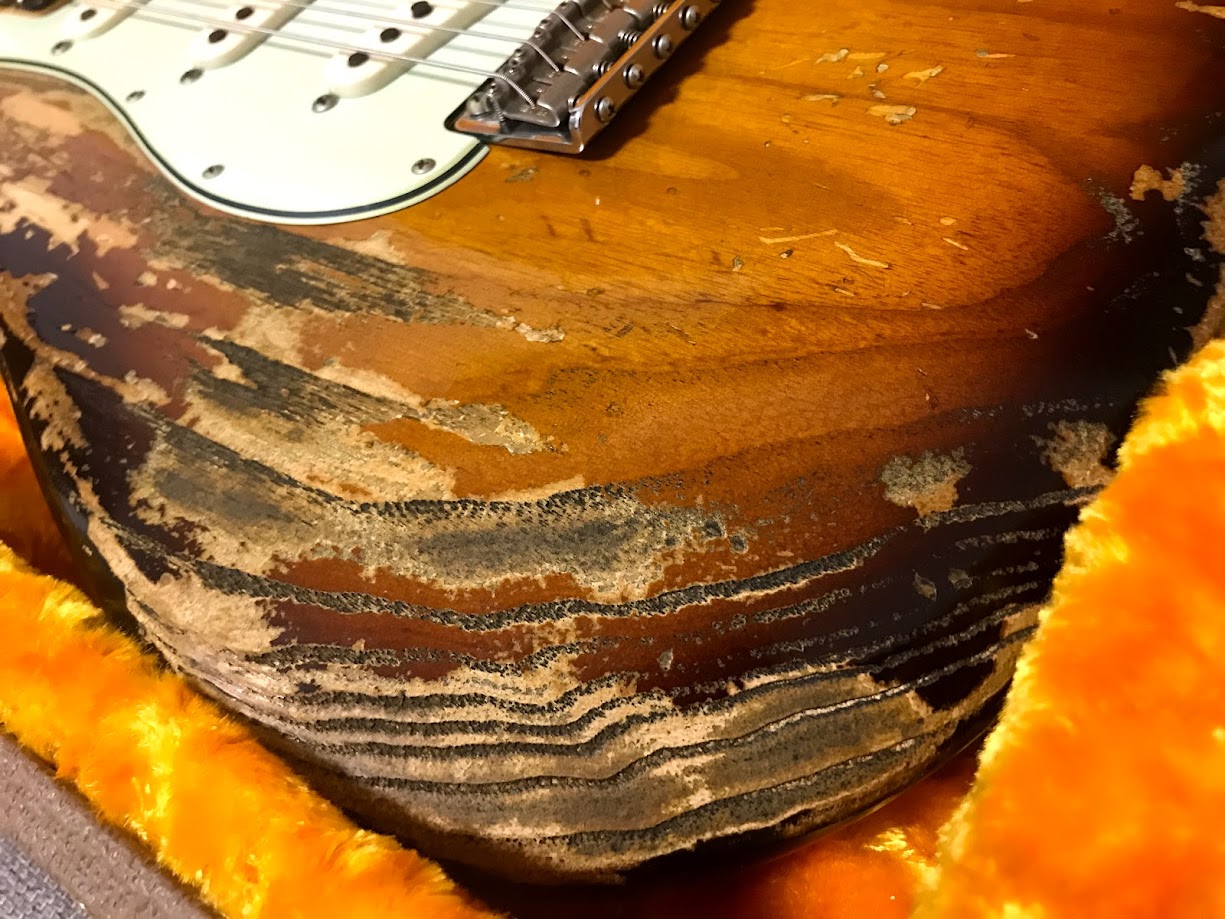 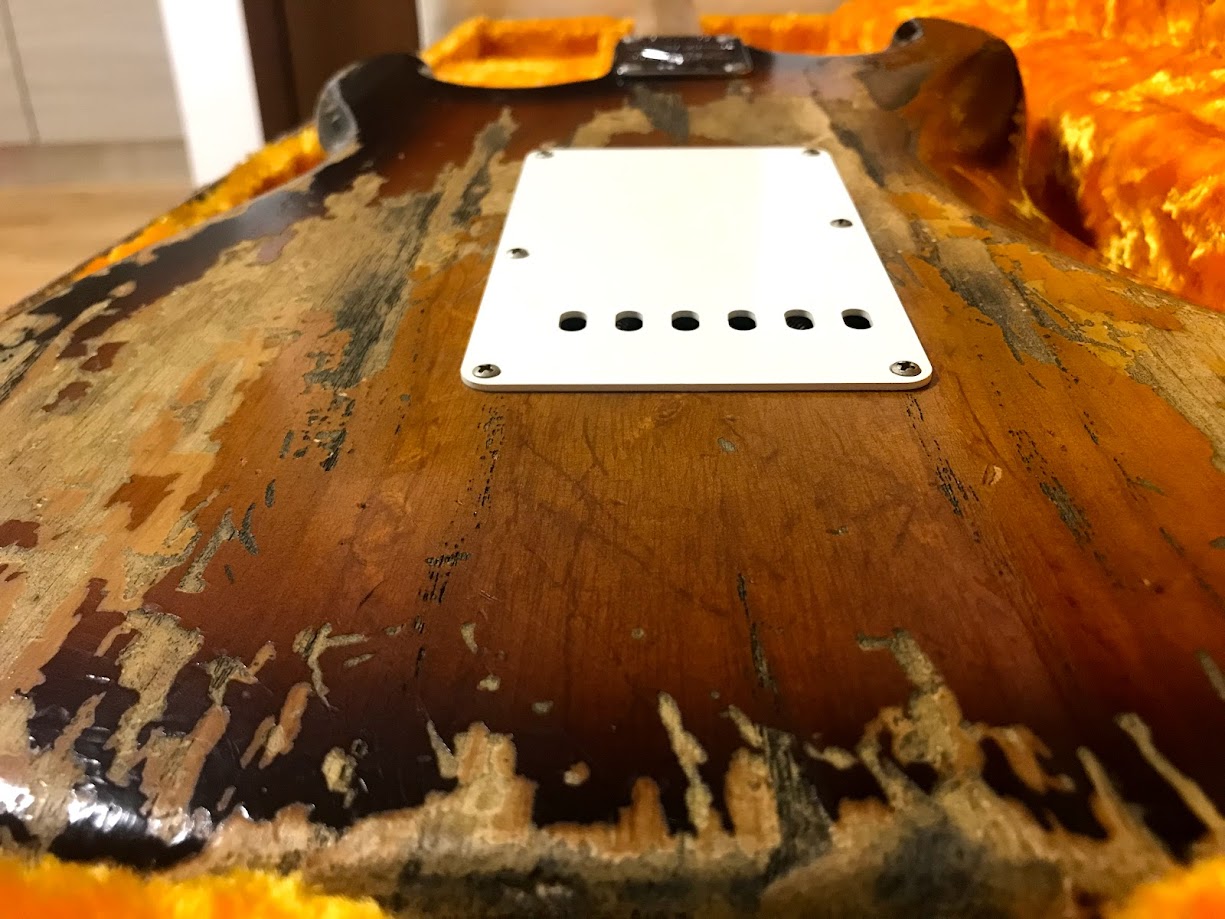 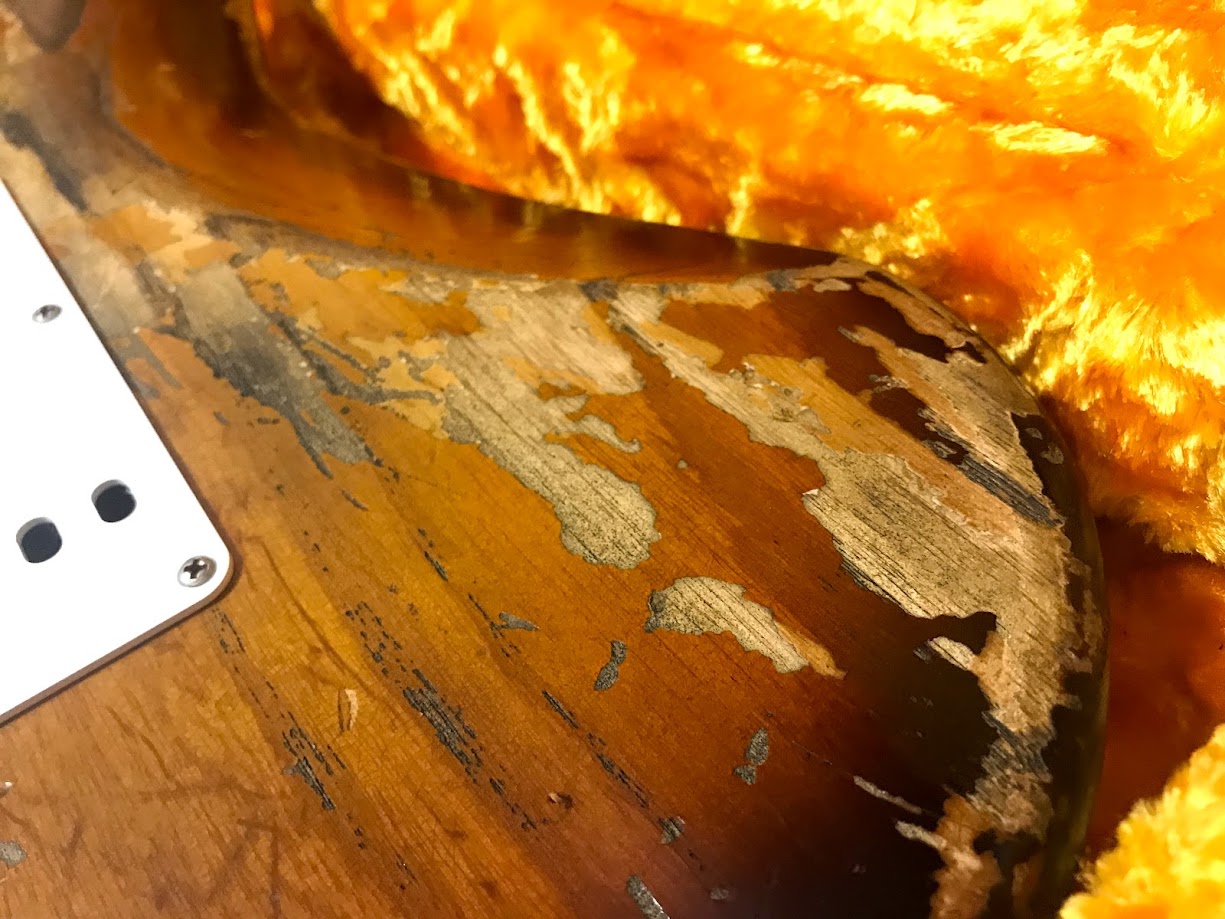 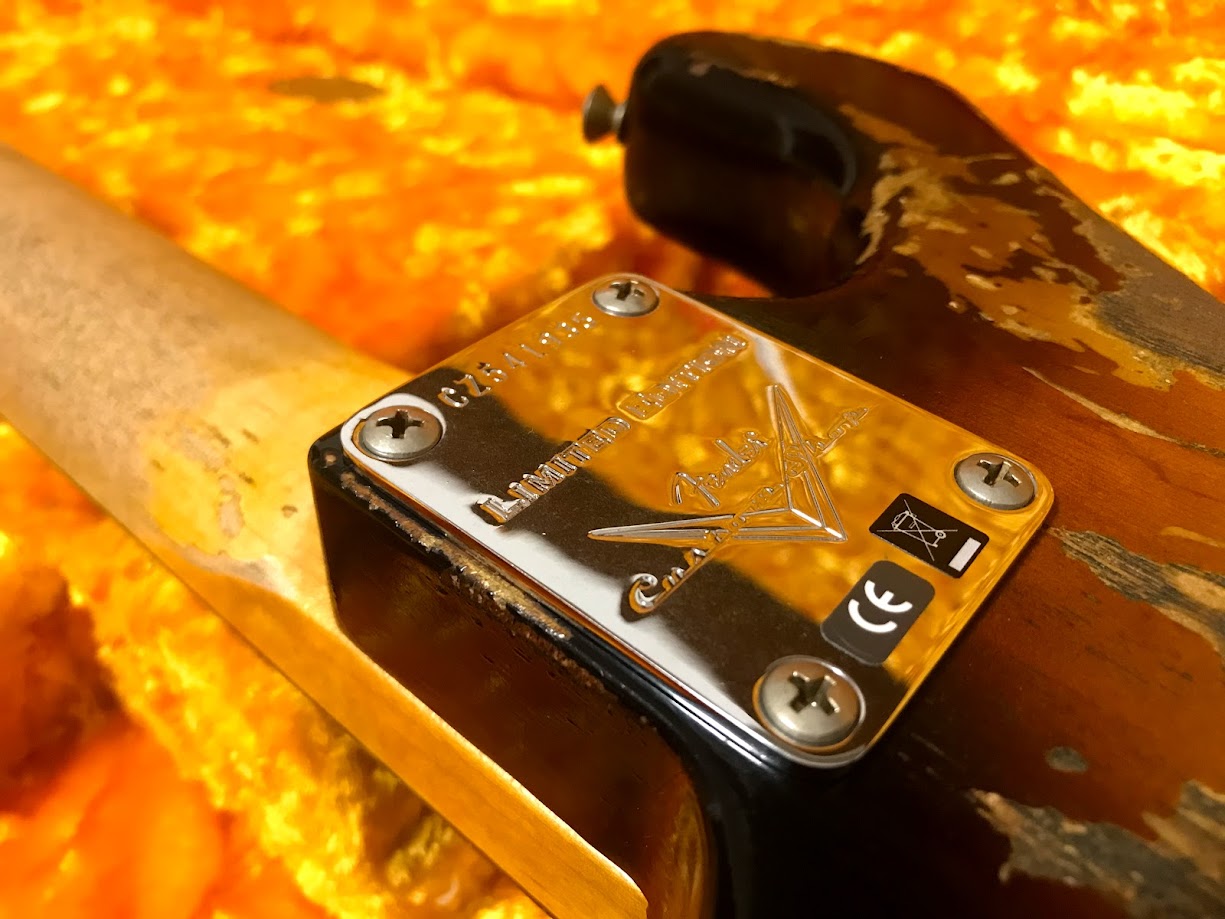 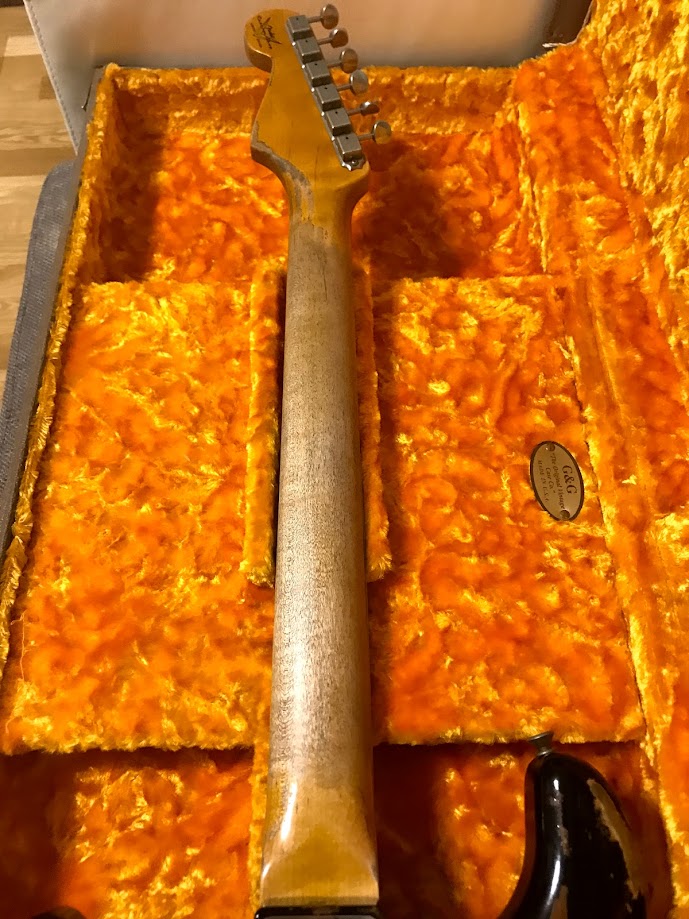 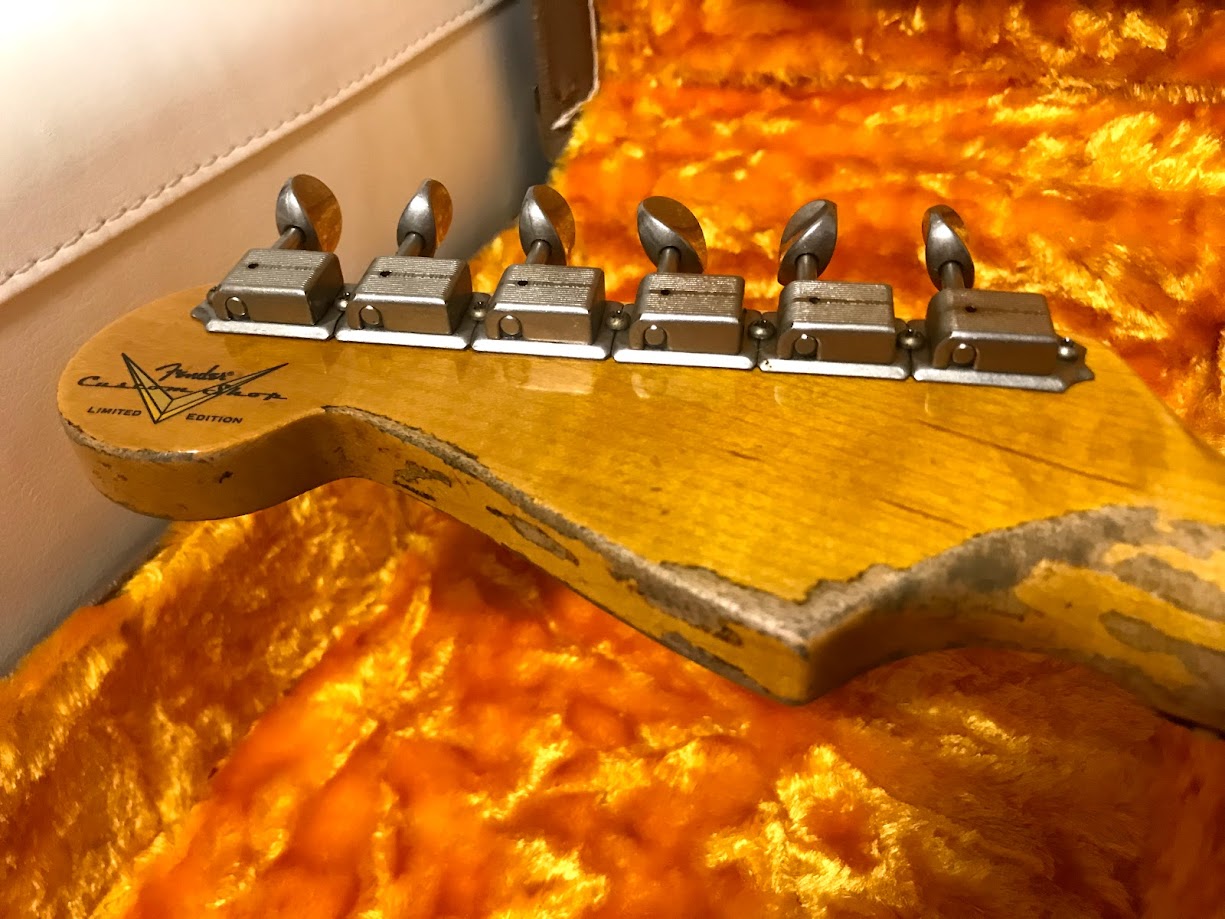 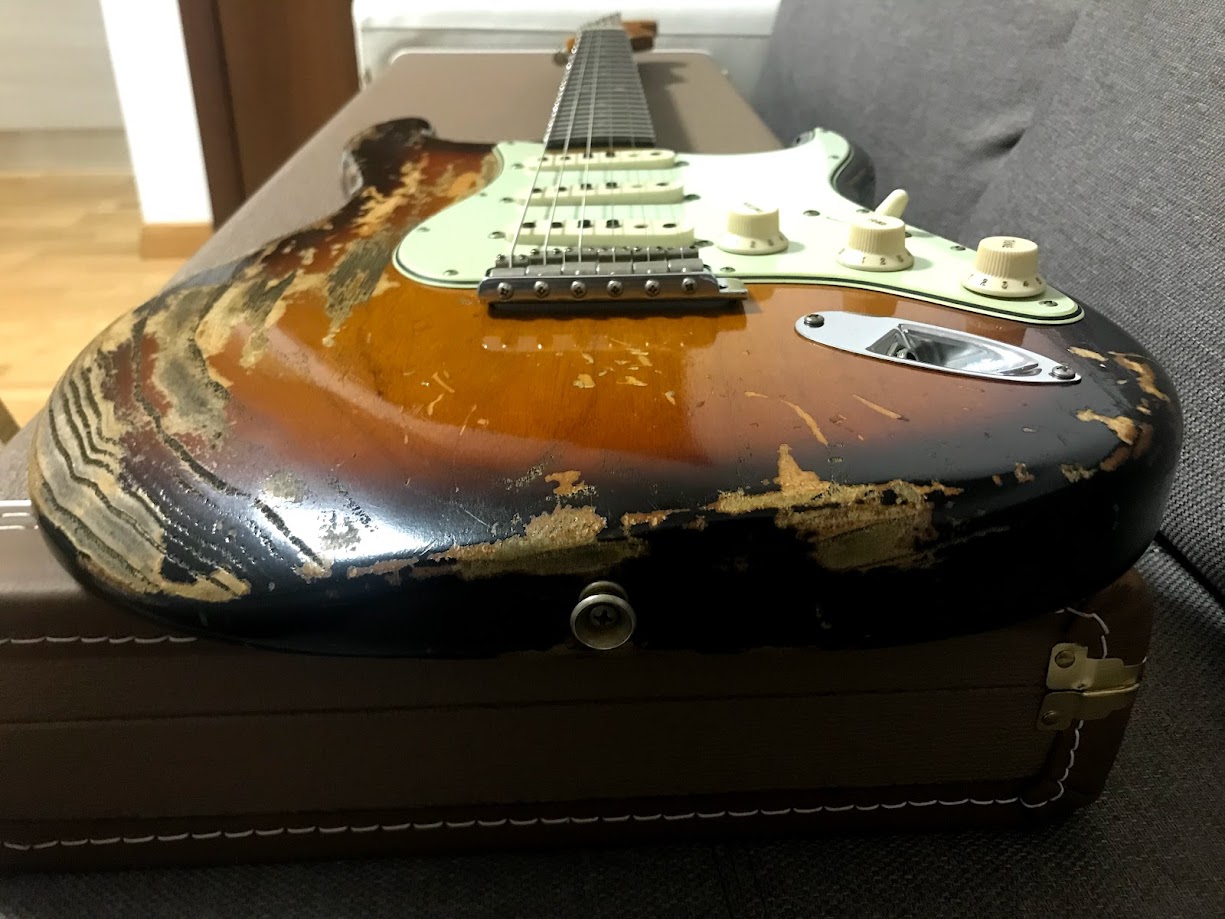 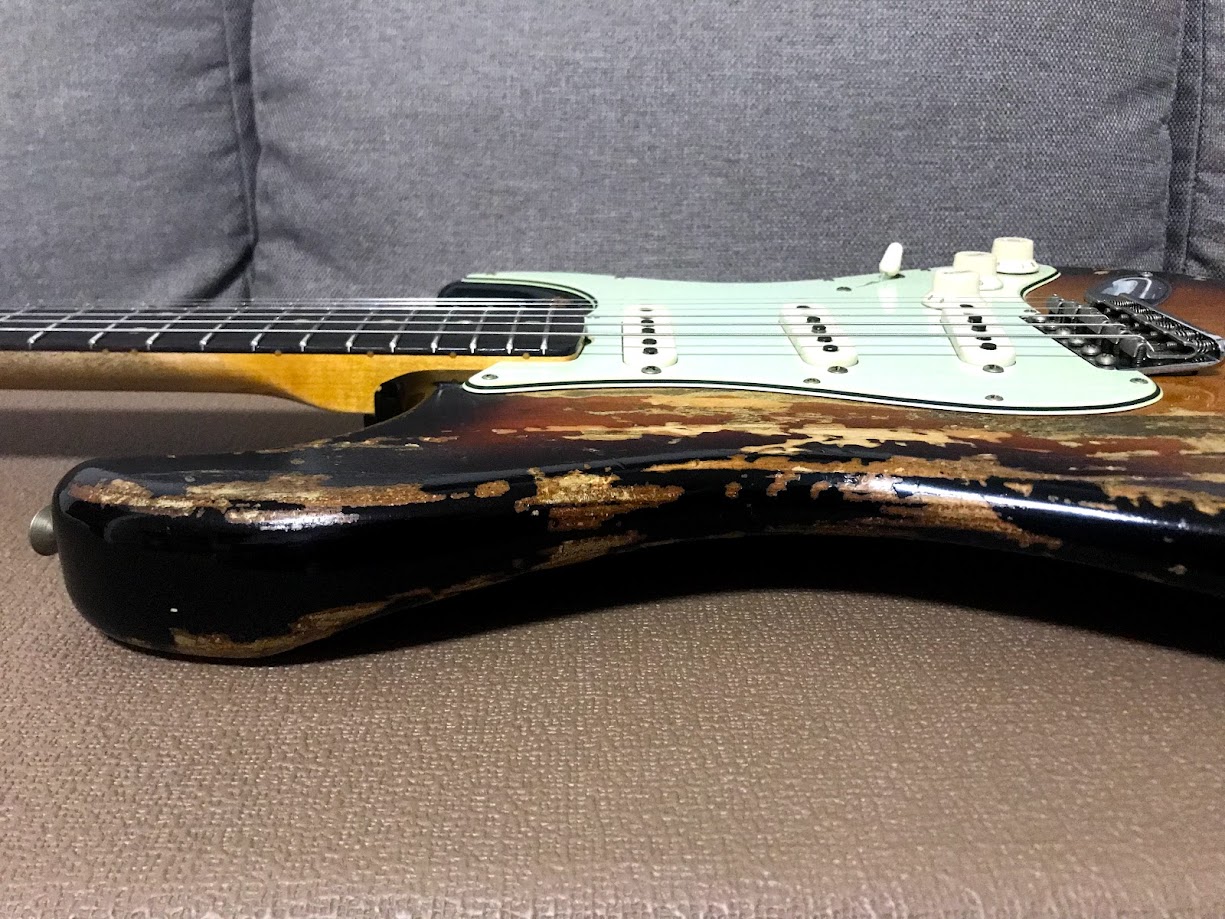 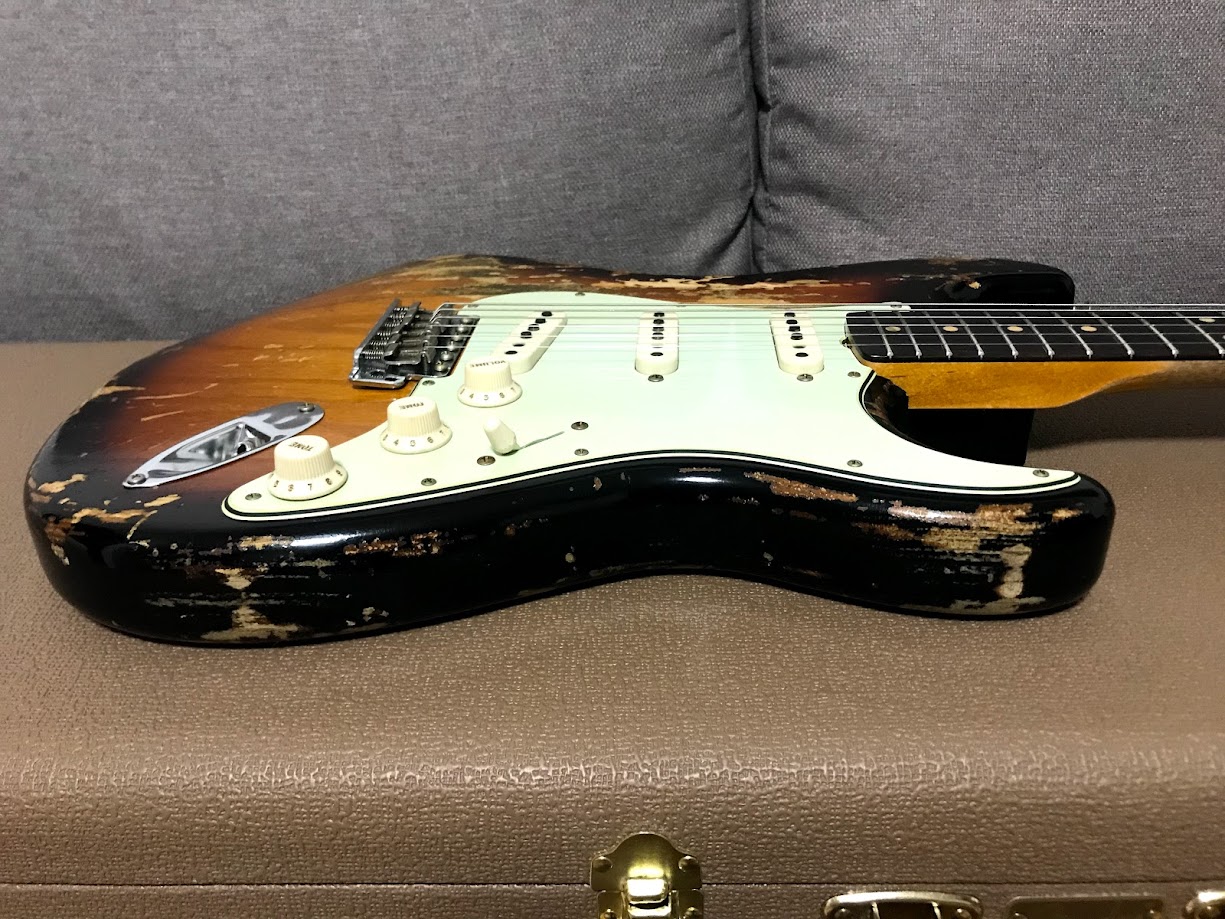 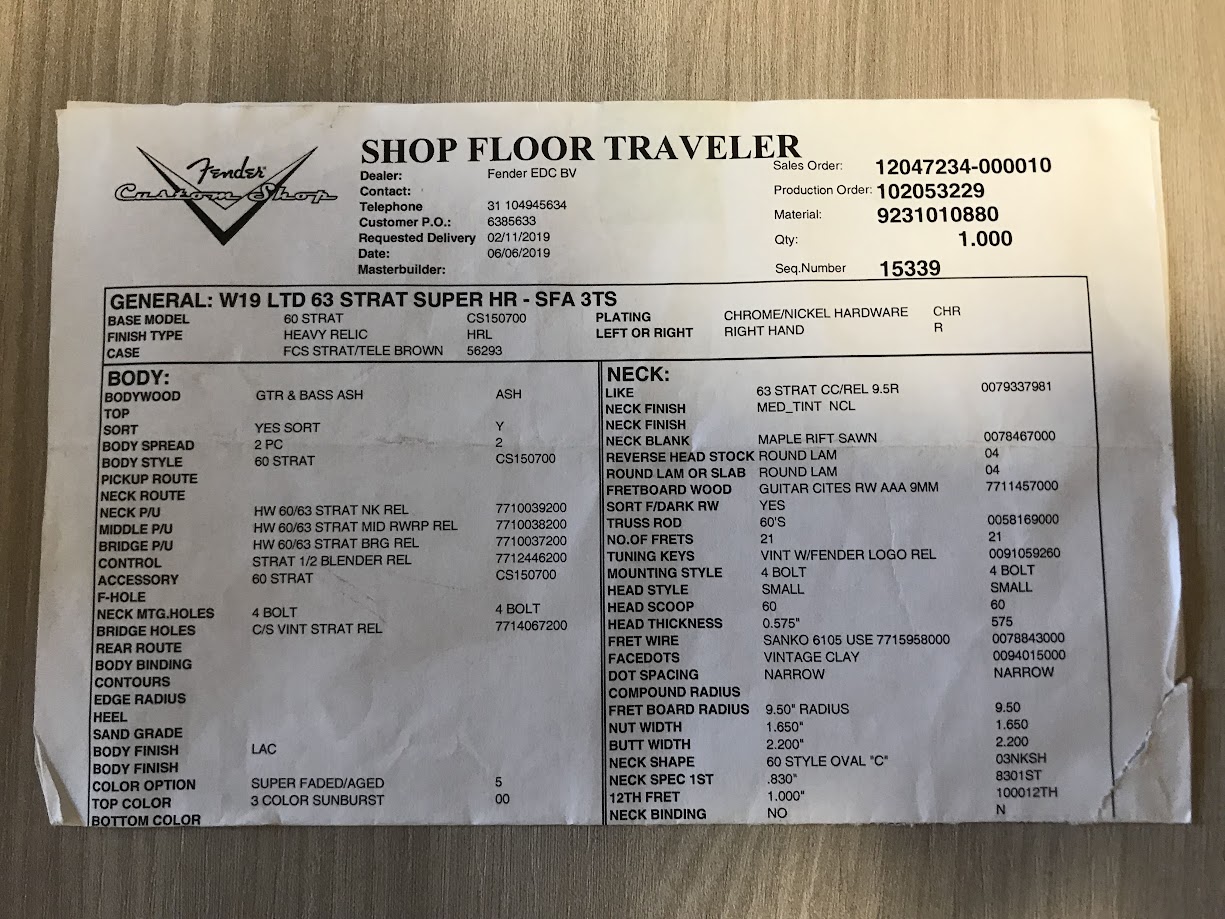 EDIT: Sorry, as usual with google, the images were not showing after few minutes from the first post
Last edited by a moderator: Oct 3, 2019

I found out the same thing when I called Fender with a parts question about a team-built CS Strat. The guy on the phone took the serial number then was able to tell me who built it.

sorry. Reuploaded everything, pics should be fine now.

Beautiful Strat! I have an eleven-year-old one and I love it. By the way, according to the tag it is ash.

Dogbreath said:
Beautiful Strat! I have an eleven-year-old one and I love it. By the way, according to the tag it is ash.
Click to expand...

You are right, I got tricked into thinking it was alder because of the many strats I checked out and tried before choosing this one.

Best of luck with it!

I agree completely. It is the first time that I don't feel any upgrade needs

Fender needs to relic the age plate on these.

Other than that the heavier the relic the more I like em'. Congrats!

You mean the neck plate?
It is aged, but it is subtle and doesn't show that much in the picture. I understand some of the fender hardware (such as the bridge plate, the neck plate and the jack cup) is chrome and doesn't age as much as nickel, so even on vintage guitars it still looks relatively new. I believe this is what Fender CS tried to replicate.
Last edited: Oct 7, 2019