After thoughts of getting one, email some companies here and there it finally arrived on Monday.
I was really curious to get this guitar as I haven't played an Epiphone in years. But I gotta say, they did it right, really. The guitar feels very solid, the details are spot on, it looks absolutely gorgeous !
I took it all apart straight away and I was amazed to see that the electronics are cleaner than on a lot of Gibsons I have seen ( this is not a bashing Gibson thread ! ). Same as for the overall finishes on the guitar, nothing to complain about, literally nothing. The thing that amazed me the most was probably the pickups: they are very good indeed ! In my humble opinion at least as good as a pair of 57's or Burstbuckers ( and no this is still not a bashing Gibson thread ). I did have a lot of 57's and Burstbuckers and I removed them all because I found them lacking clarity and presence.
I will probably swap the pickups out of this V at some point, but whoever likes the regular Gibson pickups will not have to change anything. They are GOOD.
When I unboxed the guitar I noticed two spots where the lacquer cracked ( by the headstock and the heel ), but that's due to the wood reacting to temperatures I guess. When I got the guitar she was literally frozen. It's nothing bad and easily fixable; tone and wood are not affected so I don't really mind for now.

Overall: Yes, it's an expensive Epiphone, but the quality is there ! And I'm not saying this just because it's a new toy, it really is a great guitar and in my opinion, worth the money. Try one out if you have the chance !

Only picture so far, if I ever take more I'll update it here ! Very cool. Congrats.
Curious to see more close pics when you get a chance.

The JB Firebird is an excellent quality guitar, so I'm not surprised that the V follows. I don't think Joe will put his name to a guitar that doesn't have the quality expected.

I saw a demo of that guitar and was very impressed with the tone and finish.
I would love to own one.
(mumbling "damn kids eating all my money" ...)

Does it have the super black ebony-like fretboard?
I just got a 58 Korina with it and I love it.

It's got blackwood, very similar to rosewood tonewise but a tad darker, so yeah, it looks like ebony from far away, but close up you can see some grain Some more pictures: as you can see the electronics are pretty clean, I was impressed !
The Korina grain is very nice, I do like the look a lot.
And the truss rod cover just looks awesome imho !

Depuis... is the truss rod cover plastic or metal??

Looks fantastic... buddy of mine ordered one and can't wait to check it out!!!!

Looks fantastic... buddy of mine ordered one and can't wait to check it out!!!!
Click to expand...

It is plastic unfortunately. Making a brass one would be a cool idea though !

I just got one myself last four digits of the serial number are 1961. The truss rod cover on mine is metal and the guitar is two piece Korina with no veneer as confirmed by my luthier. I can't believe this guitar is as good as it is! I'll be honest, I'm blown away! 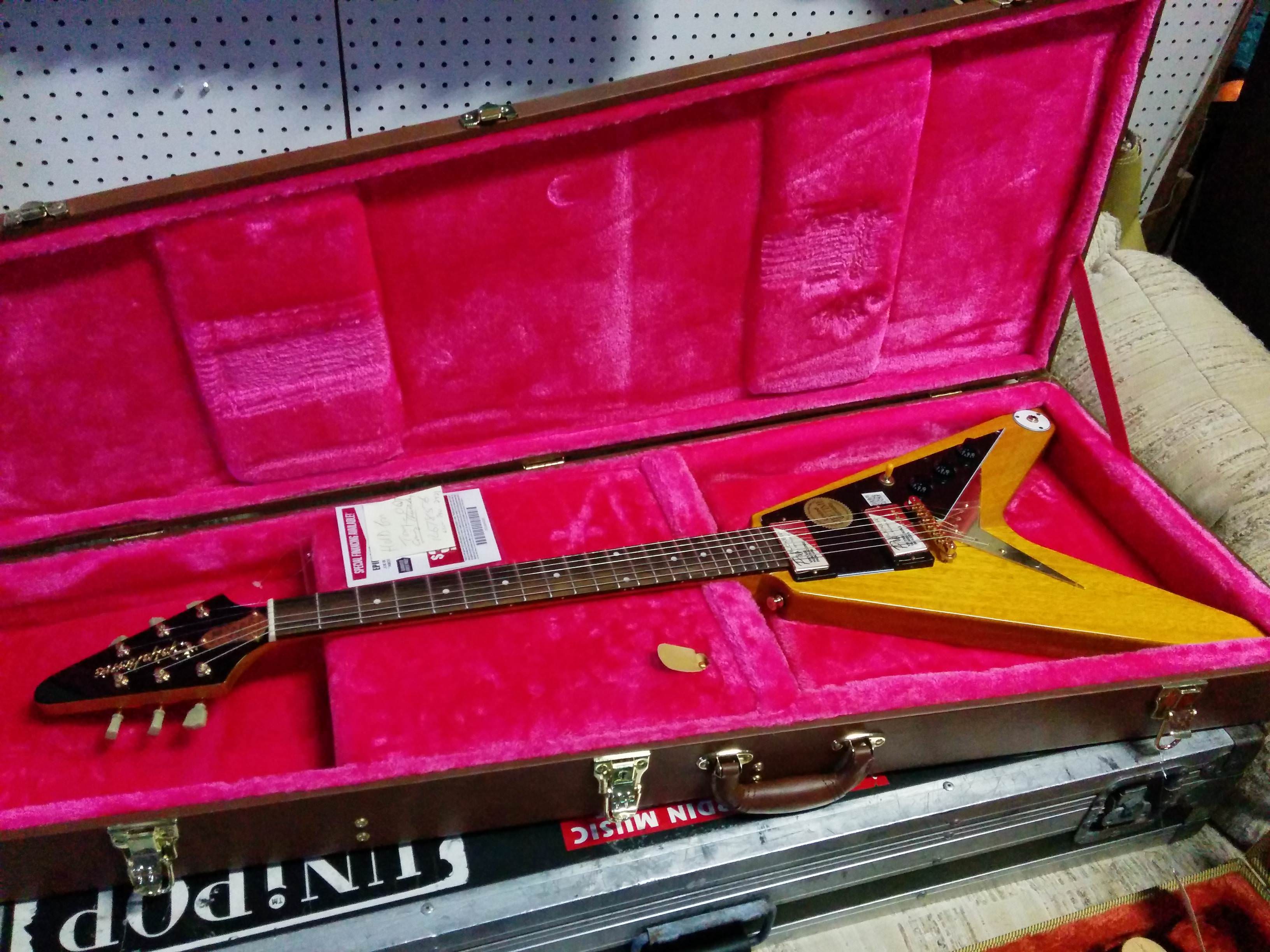 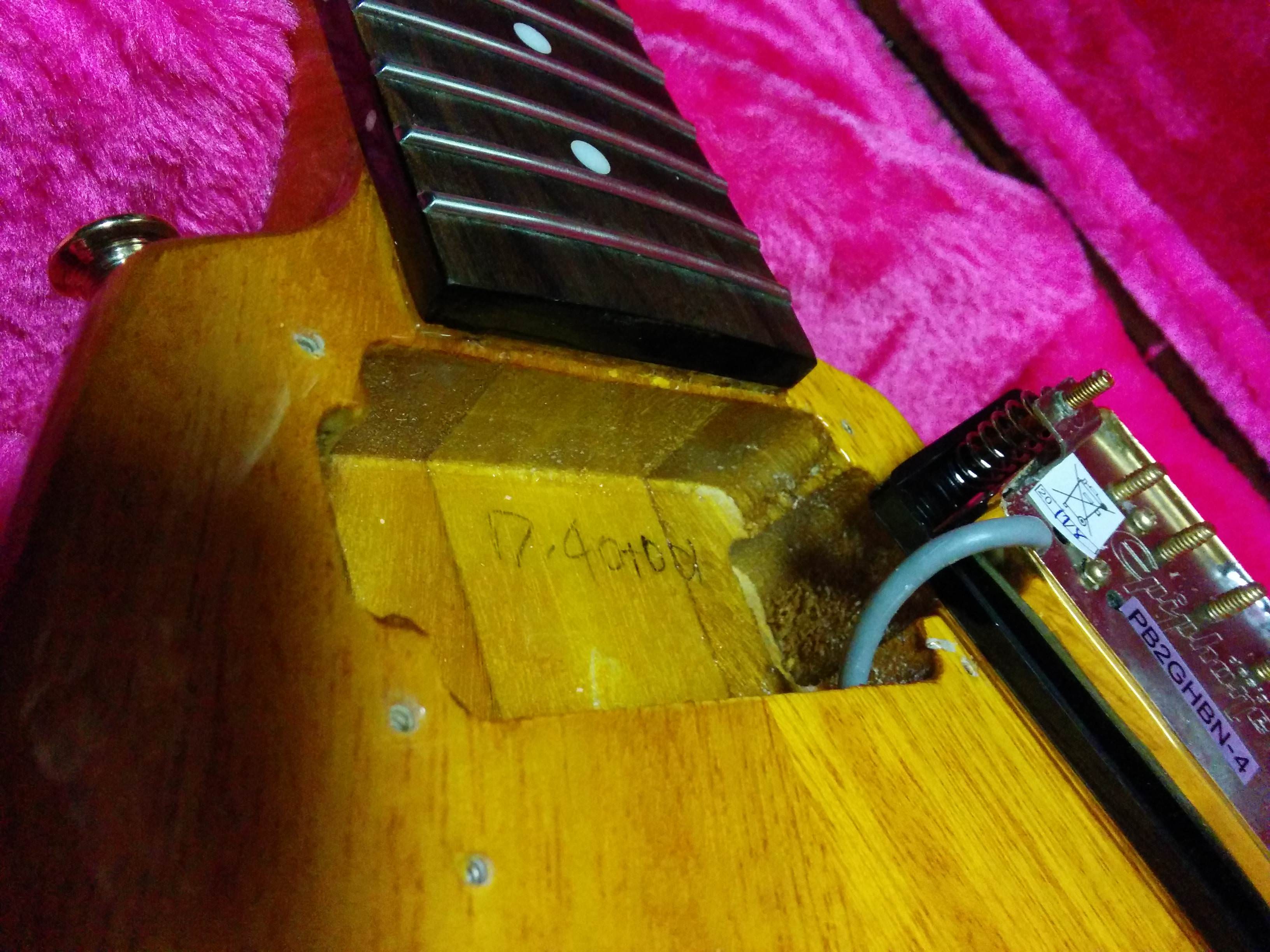