I always wait a week or so to post a NGD (I find anything earlier to be a jinx and I end up returning the item). I received this last Thursday after having my eye on it for a couple of months and finally buying it. I got a nice deal on it (just short of 20% off).

It's a great guitar that is a '59 in every way other than name. The neck profile of this V1 is a Medium C that is nice and rounded (it doesn't have any Carmelita-esque slight soft V thing going on), measuring about .88" to about .98" (give or take a hundredth on either end; I was being extra careful with the calipers). Weight is 8 lbs 12 oz.

The tone is absolutely KILLER. I was comparing it against an R9 I also bought and was choosing between. That one had over the top resonance and sustain, but this one destroyed it in the tone department. Heck, it's far better sounding than any other LP I've ever owned. Every time I plug it in, I just marvel at what I'm hearing. The cleans are fantastic and very "Tele on steroids" ilke, as they say. These Custombucker III's are killer; bright, but thick. A lot of depth there when strumming a chord.

It looks awesome in person and pictures seriously don't do the flame justice. In any lighting, the flame is awesome and really pops. If you hold it in the light and move it back and forth, it looks like 3D ridges popping out of the guitar. So cool!

If you want to hear it, I attached a video of Jim Graff showing it off better than I can. I watched this video over 100 times before finally giving in and buying it. This is the very guitar I bought (serial #000070). 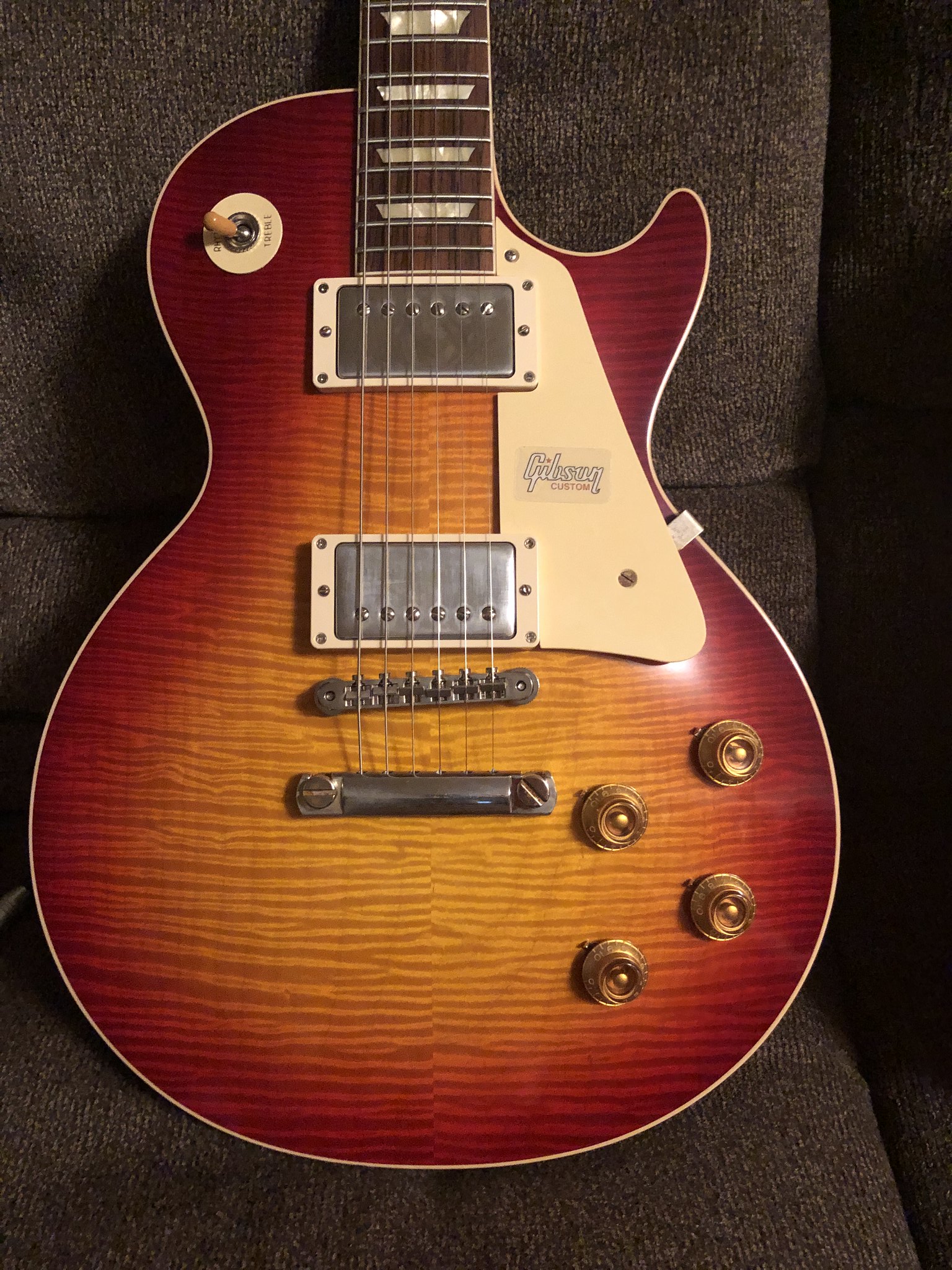 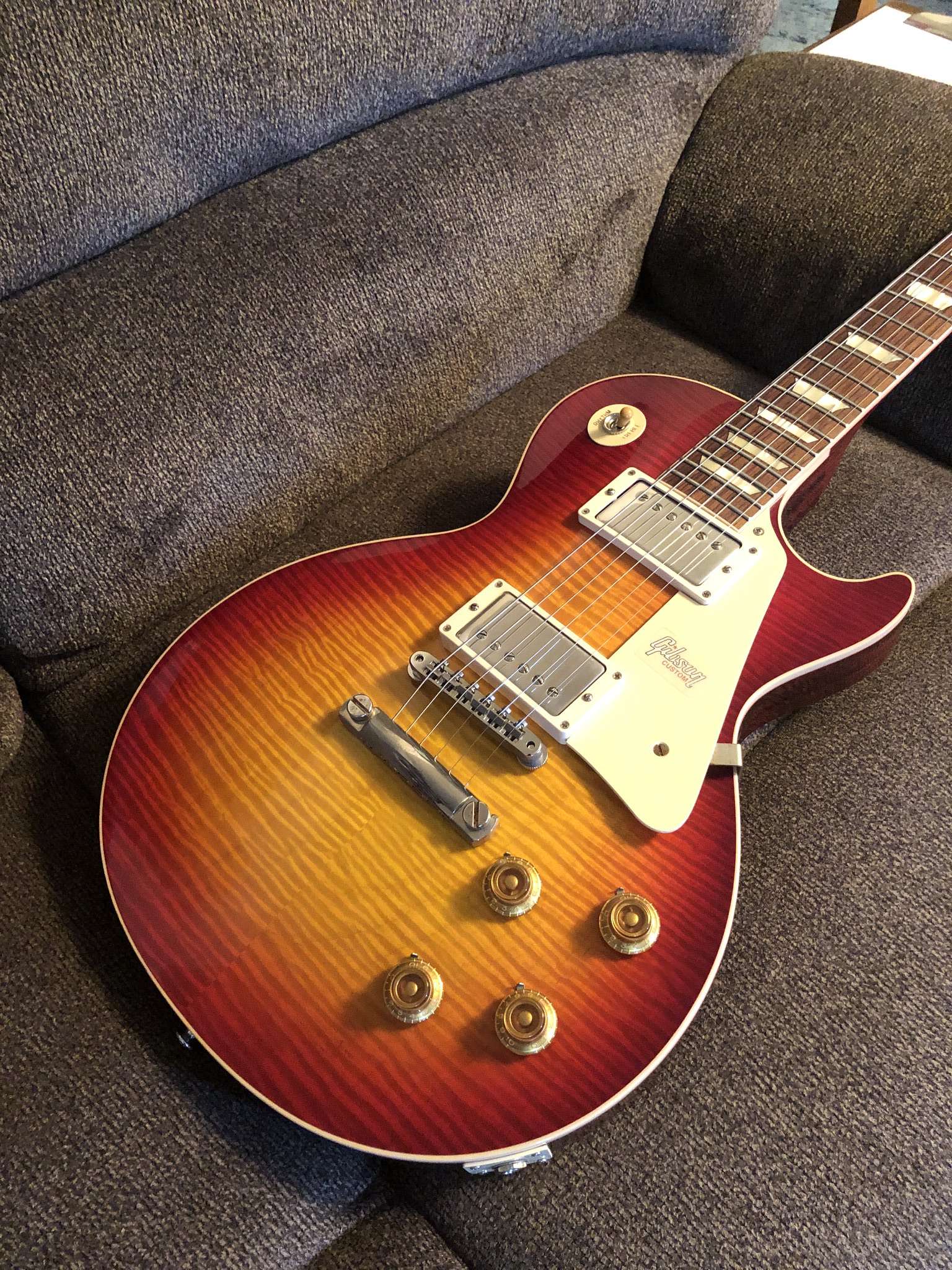 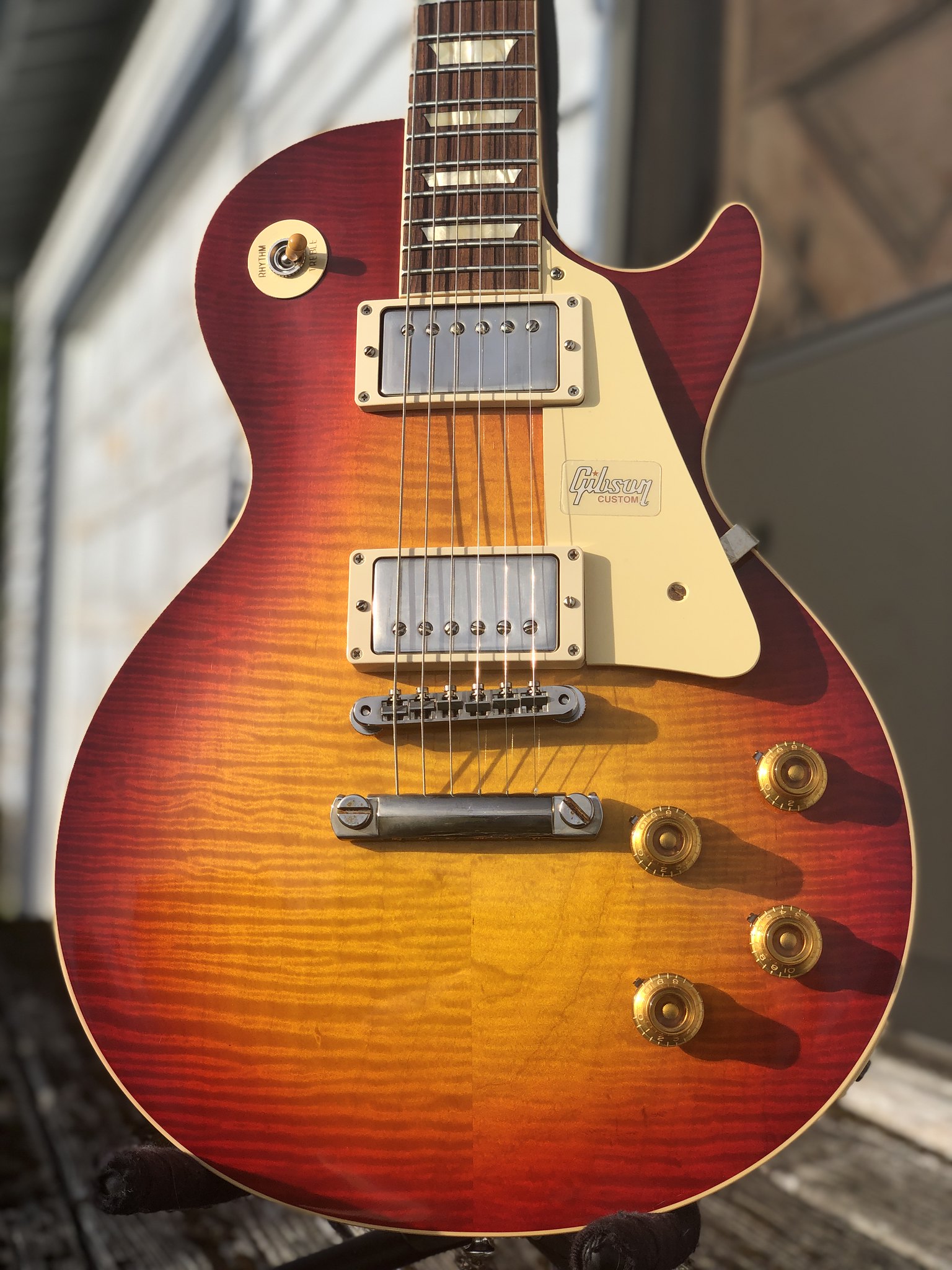 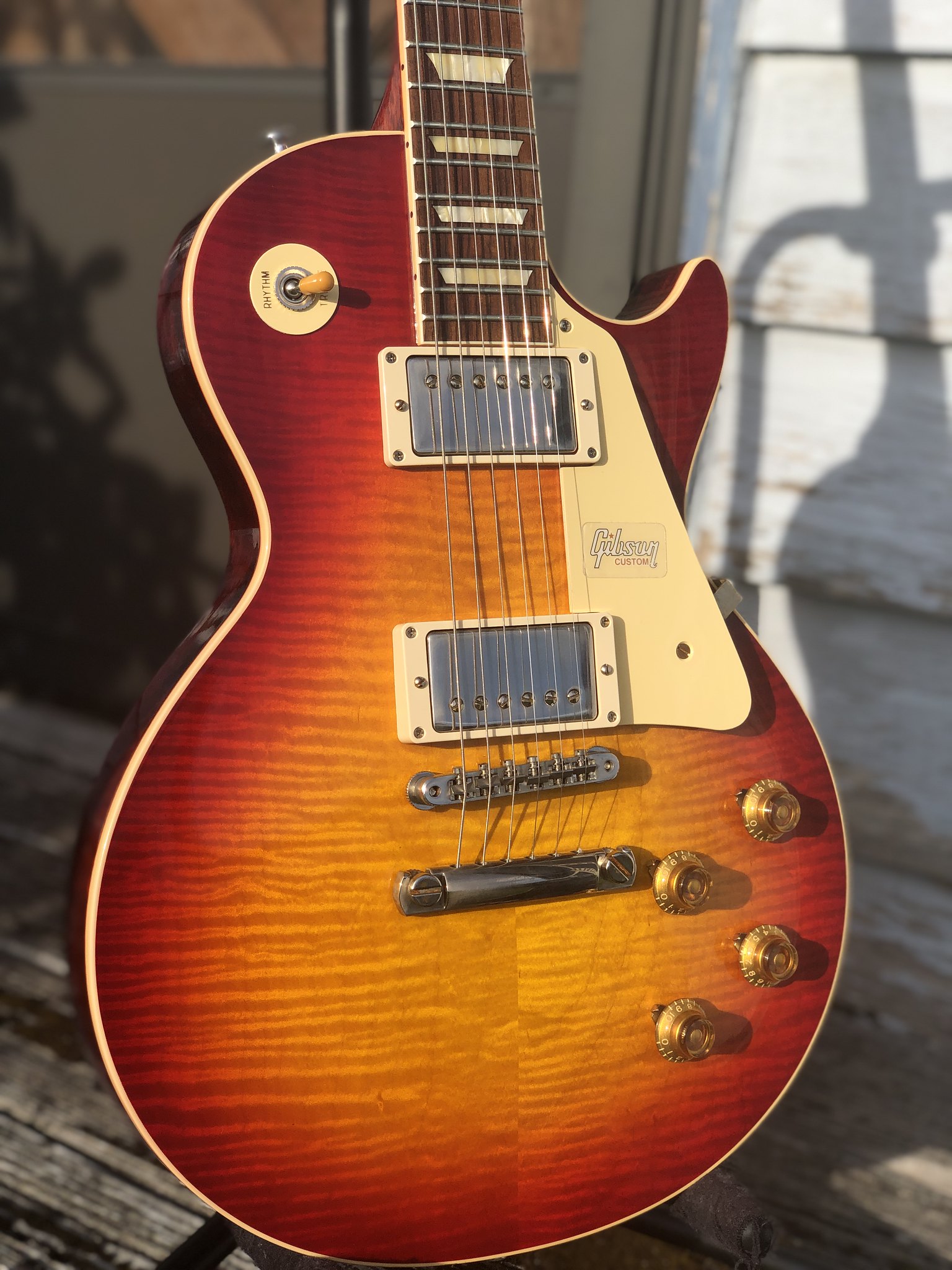 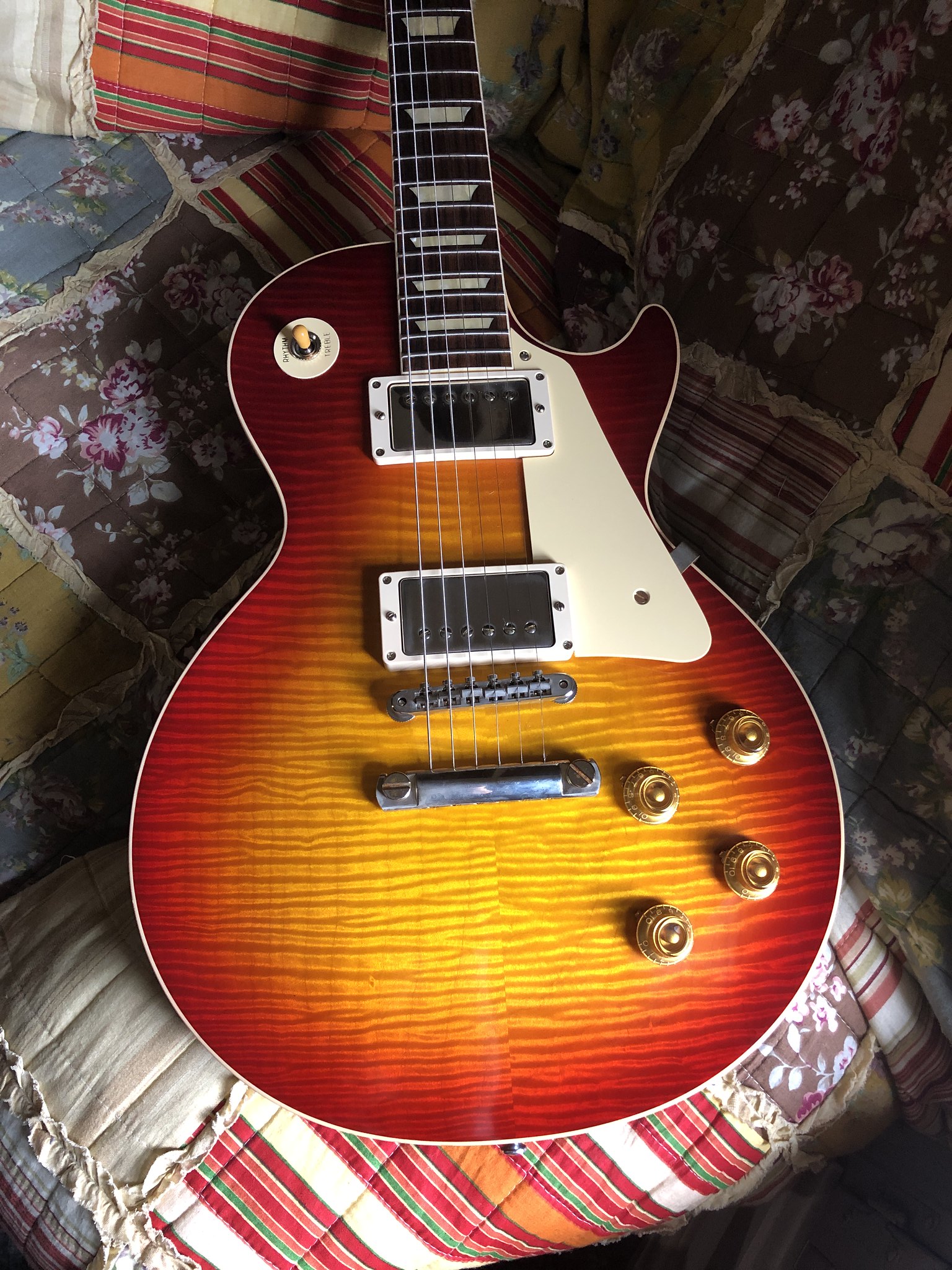 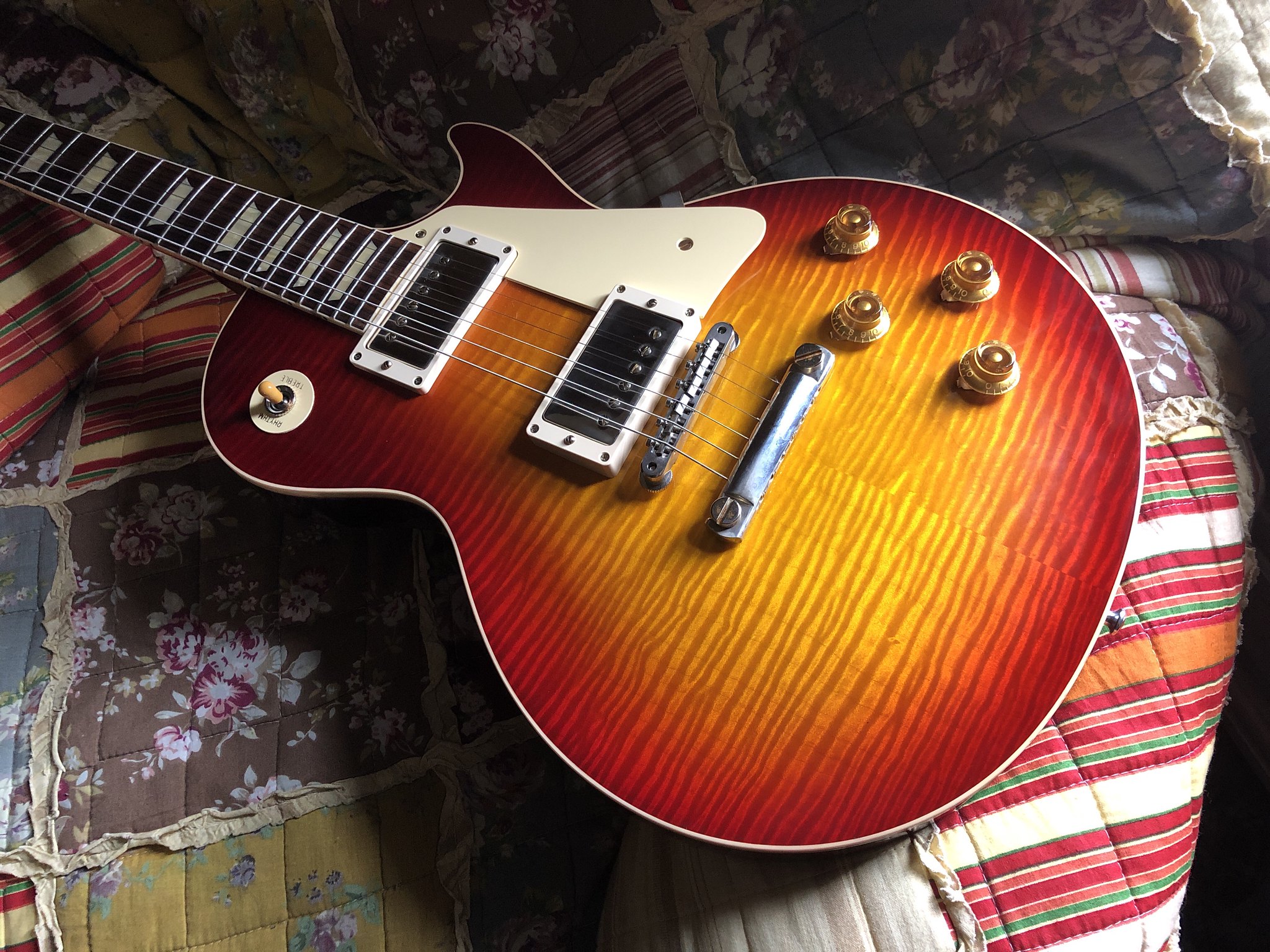 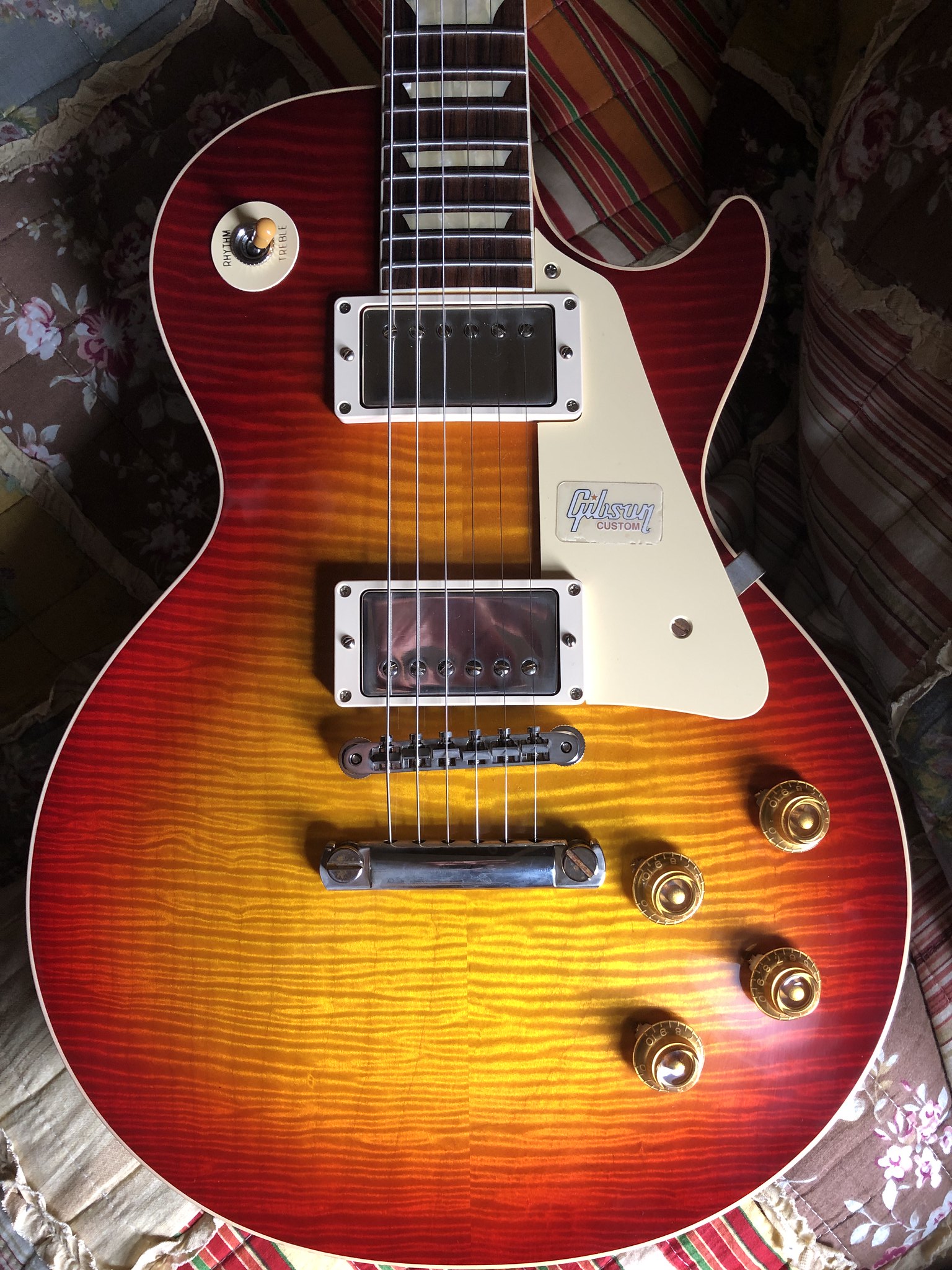 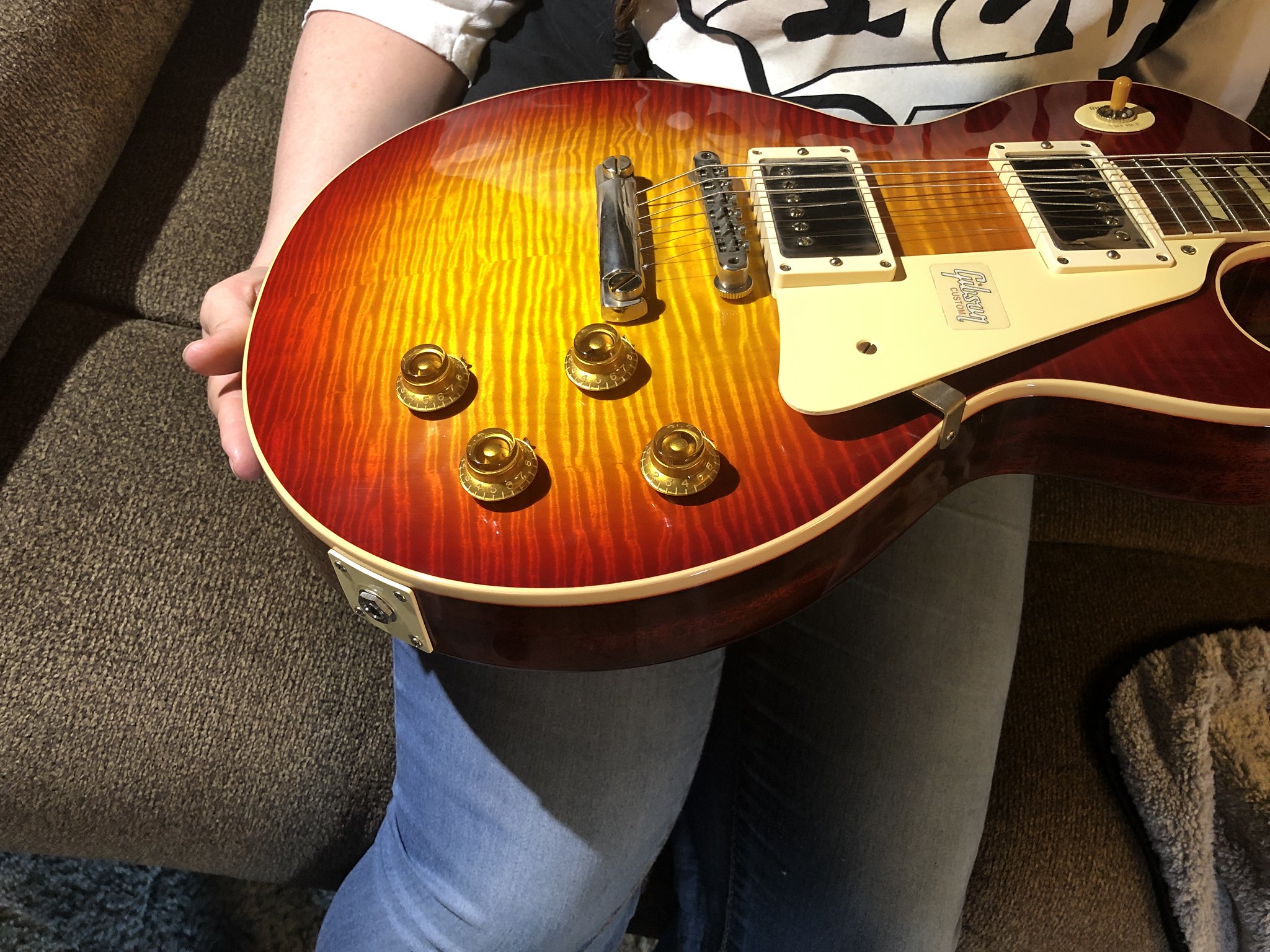 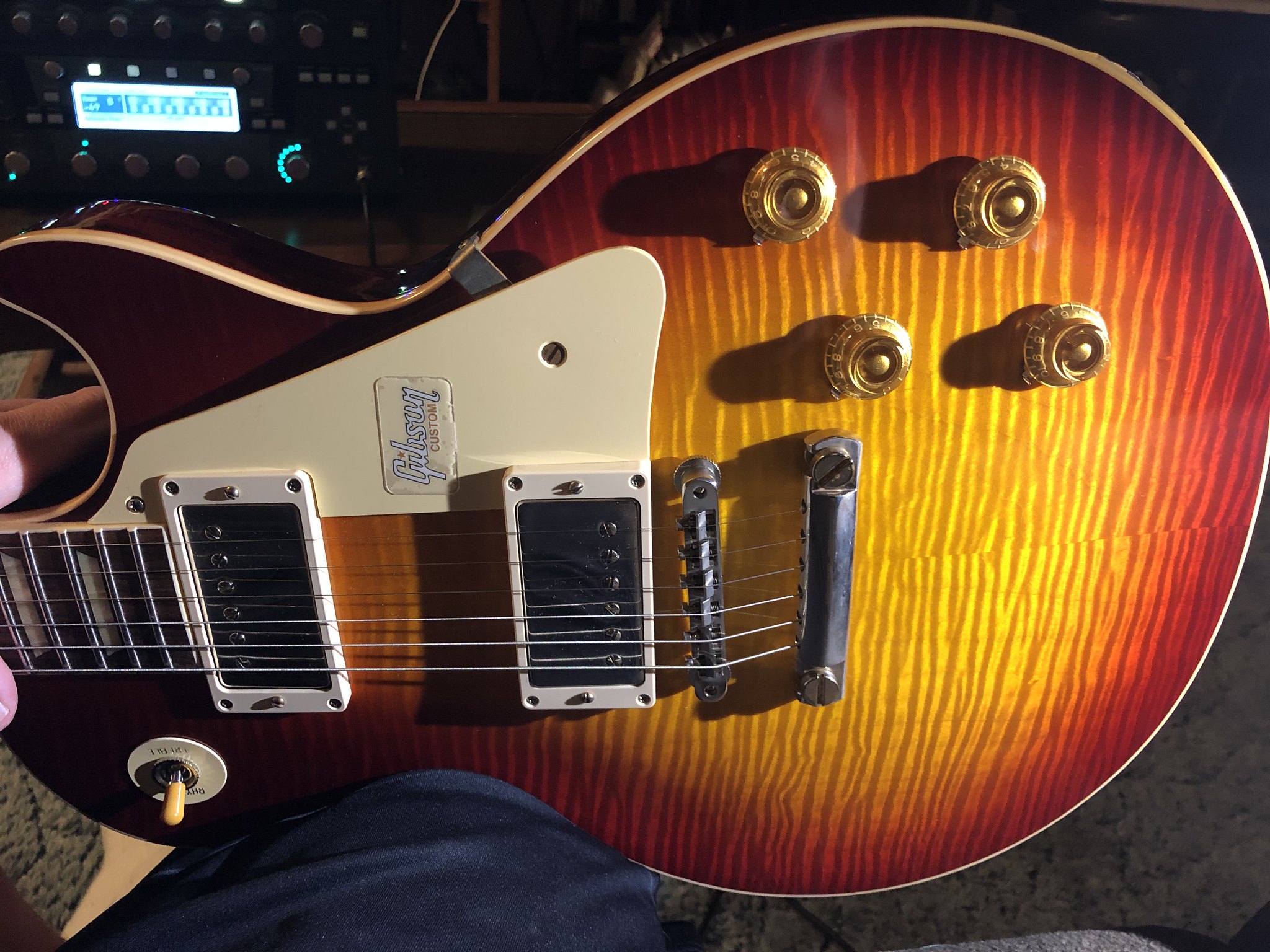 Love that kind of flame...

Congrats. Sounds great, glad you are happy with it.

They are sure shooting the burst colors nicely these days!

Now that is a killer LP! Why can't I ever find them that good looking?! Congrats

Beautiful guitar in the best colour!

R0s are the best. Congrats on a great-looking example!

That's the way a flame top should look!

and play her in good health!
D

Gorgeous. All the demos of the 60th R0s sound just outstanding. Love the V1s. Enjoy!

Beatiful! It does indeed have a very '59 vibe about it.