I haven't posted to MLP very much for awhile, so this will be a belated 3 NGD including the latest new acquisition.

Even though my first and only guitar for 30 years was a Strat, I've always been more of a Les Paul into a Marshall kind of guy, and that has been my focus. Never connected with Strats. Always seemed rattly and hard to setup well. And I'm not much of a blues player or soloist. But that has changed a bit. 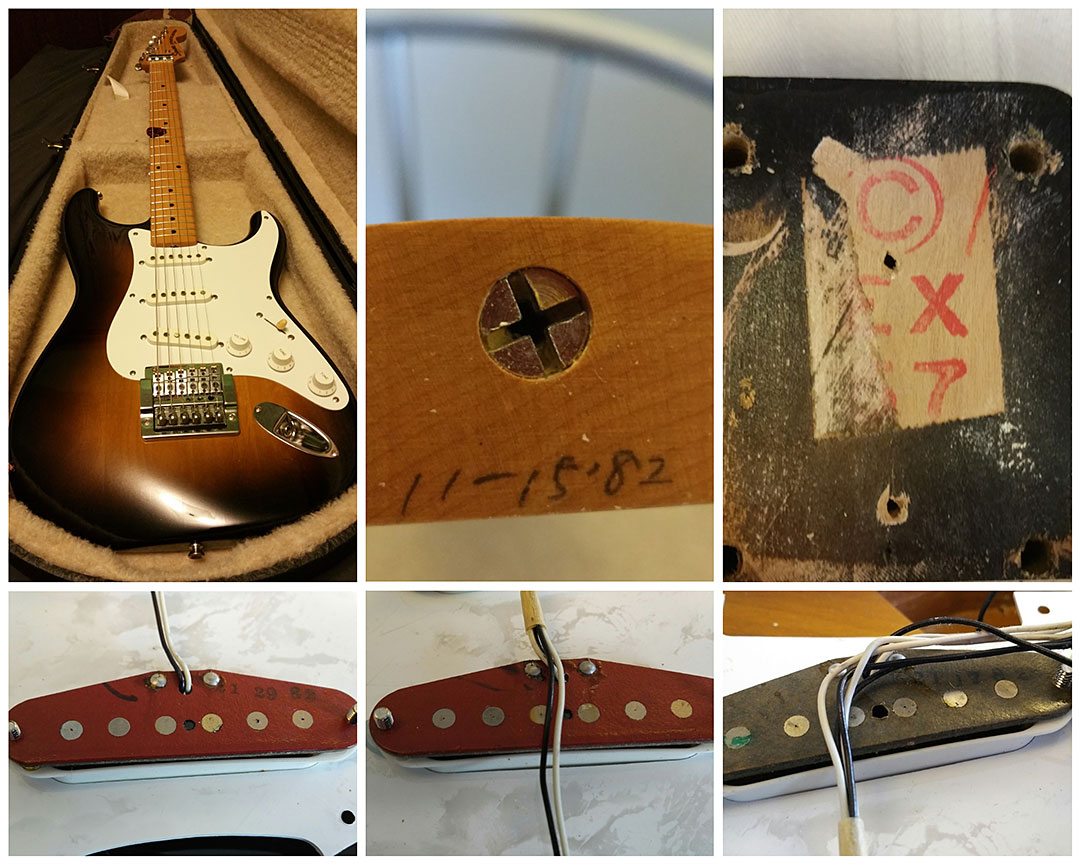 This was my first guitar bought from the original owner about 3 years after new. And it's a beaut. The first Japanese Strats with red and grey bobbin Fullerton pickups. The neck is gorgeous, with the most rounded rolled edges I've ever seen. An absolute pleasure to play. But the pickups are on the lower output side (5.65k neck/5.88k middle/5.62k bridge) and they sound so pure and clean, but not a lot of grind. No 3 way switch, and when I force position 2 it is out of phase. Also the original owner had a Kahler trem and locking nut installed. Loved it in the 80s as a teen, but wished it didn't happen later. It performs flawless, but I wanted a more traditional setup. 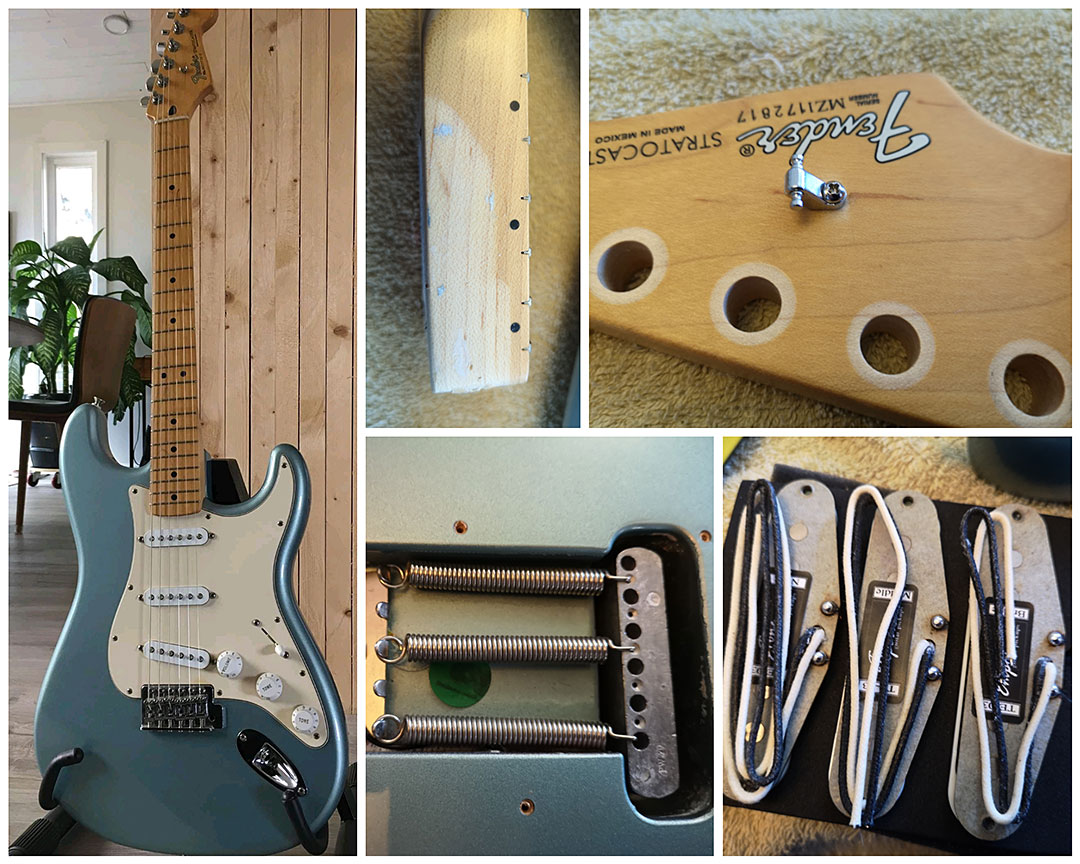 When this guitar came up, I had to have it just for the color. Reminded me of my favorite Jaguar E-Type color, Opalescent Silver Blue. What made it even more cool was how much the pickguard and back plate had faded to cream, and how much the maple neck had faded to an almost perfect color. But I hated the pickups. Hot and no subtlety at all. So I upgrade it to Tone Emporium 69 Big City Blues pickups as well as a big trem block bridge, Tusq XL nut, roller string tree, and locking tuners (more on that later). It transformed the guitar. Even though the frets are tiny like the JV, I was set for Strats... 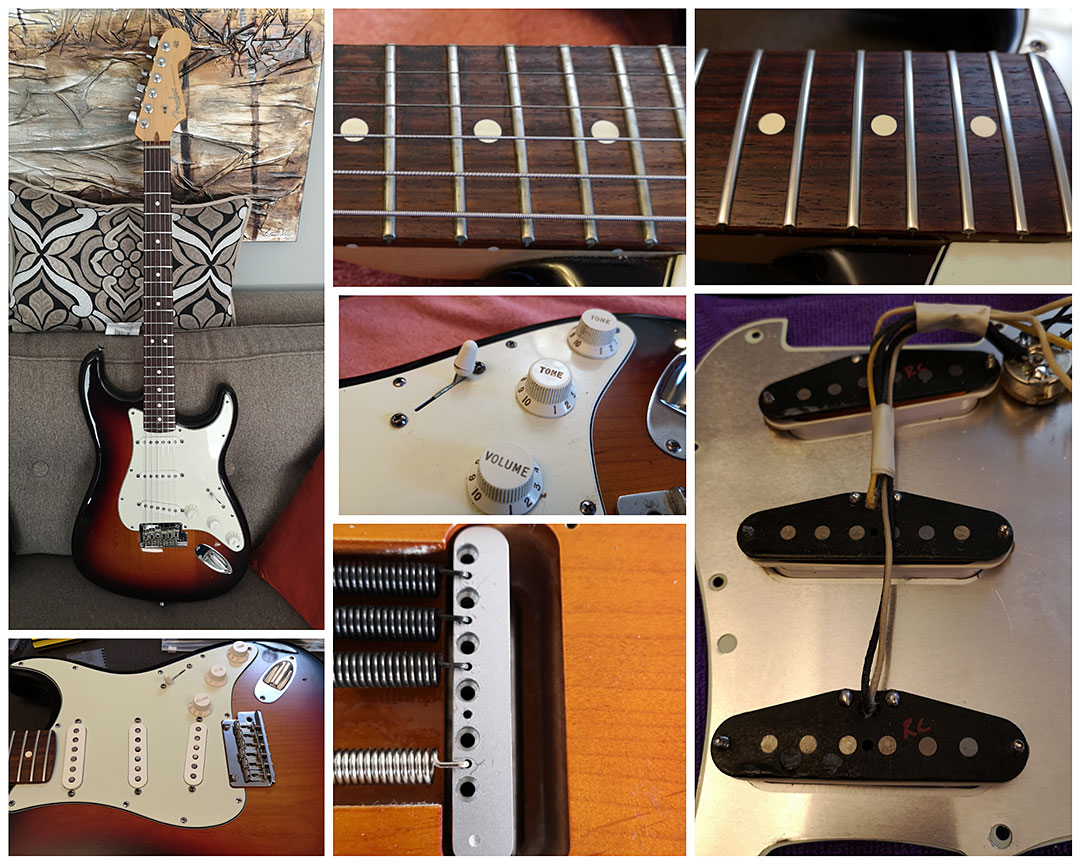 3 days after getting my MIM to where I liked it, this puppy came up for only $700 CDN. That's like $500 USD. DON'T NEED IT! I ignored it for a whole 2 hours before the trembling and sweating became unbearable and I went to see it. Looked great in the ad, but when I got my hands on it, it was covered in dirt. Not dust. Maybe soot, not to mention the fret cheese. The TSA case had dirt and leaves in it. lol The frets were starting to corrode, and the unwound strings were corroded to the point of looking like diamond carbide saw wire. I still tuned it up and tested everything and checked the neck. Apparently there was a guy before me that day and he said no way. SUCKAH!

Got it home and gave it a wash down with naphtha. The knobs looked even worse than the above pic shows. But it buffed up nicely, and after polishing, the frets were perfect. Set it up and it was the best guitar I've ever played. Effortless. I've never really been connected with a Strat before. But I couldn't stop playing it. Still can't after almost a year. The case also cleaned up perfectly.

The Delta pickups were actually good, if a bit dark. The bridge was a bit too hot, but the middle and the neck were great. But even with the Delta circuit, it was too dark for my taste. I always wanted to try Fender 57/62 pickups, but I like RWRP. So when I eventually found some RWRP 57/62's from a Hot Rod AVRI, I grabbed them (5.94k/5.94k/5.89k). Put those in as well as a full size Callaham trem block, aluminum pickguard plate, the locking tuners from the MIM, a mint green pickguard, and a bone nut because the original had split. After all that... Perfect. The perfect Strat in my books. Like a modernized 62. All for less that a used AmStd goes for. I'll keep the JV because it's my first guitar, and I love the pickups and color of the MIM which I got for a steal, so now I don't need another... 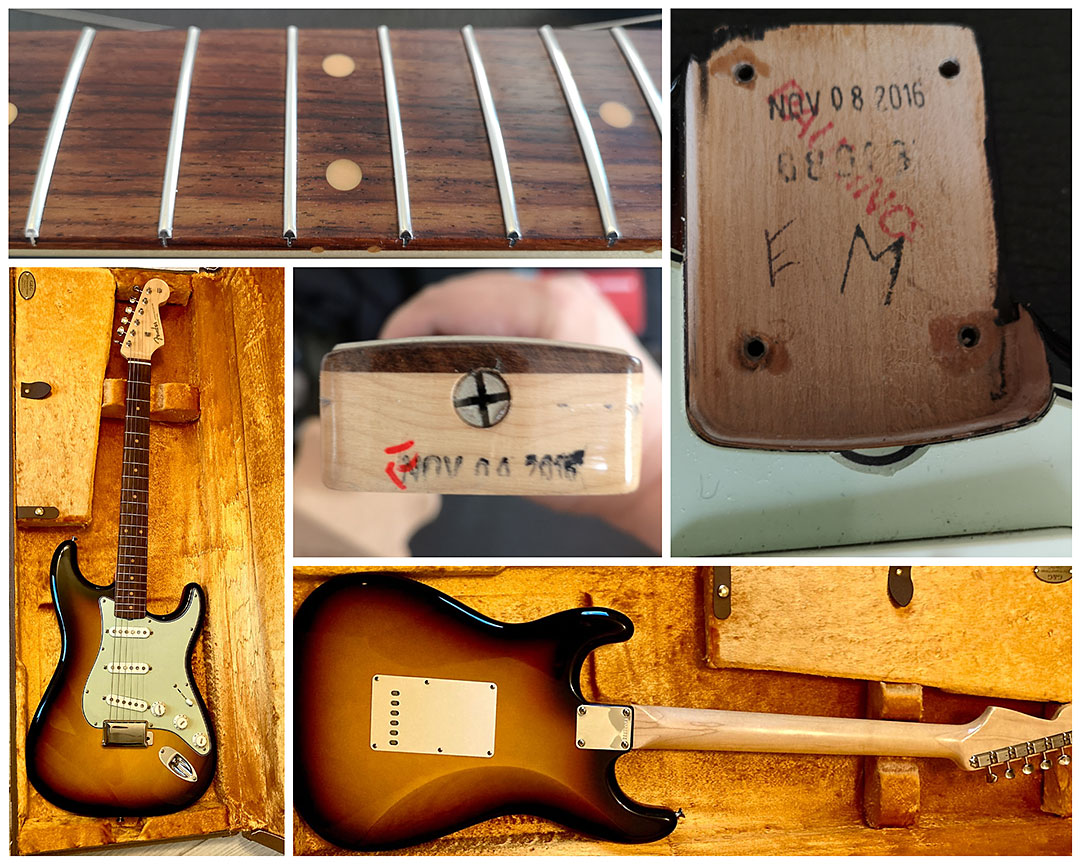 Okay. This is the last for sure. Just got it recently, and my lord it's something. Beautiful shape. A handful of small chips showing up in the thin thin nitro, which I love. Will love to see it age gracefully. Just needed a minor clean/polish and setup, and nothing else. Plays almost as well as my AmStd, but feels more substantial. Special. The nitro and paint job is beautiful, and feels so good. The neck's thin D tapering to a full D feels great, especially on the higher frets. It cups your hand and makes your fingers straighten out close together perfectly. And even though they are supposed to be vintage frets, they are much taller than the ones on the MIM and JV. Very easy to play. The pickups are warm and have a bit of muscle behind them (5.86k/5.86k/6.08k) There is nothing I would change about this guitar. Like I said, I can't wait to see how it ages and matures.

So now I'm seriously set for Strats. Never thought I'd own 4 since I never particularly liked Strats. A 57 maple neck. Another maple neck. A modern take on a 62 rosewood. And a 59. Done. Finished.

Im glad you found your strat. I have 2 59 reissues. I have a AVRI 59 thin skin and a CS 59 ri. I find for me the vibe of the 59 is what I m after. Ihave had alot of strats and I havent looked at strats for over 5 years. Congrats.

and play them in good health!

budg said:
Im glad you found your strat. I have 2 59 reissues. I have a AVRI 59 thin skin and a CS 59 ri. I find for me the vibe of the 59 is what I m after. Ihave had alot of strats and I havent looked at strats for over 5 years. Congrats.
Click to expand...

Thanks! Yeah, the 59s just have something. Even in reissue form. And the nitro really is thin. Looking at the small chips, not a whole lot between player and wood. I like that.

and play them in good health!
Click to expand...