I did not think a few weeks ago I would create a NGD thread this year, and even less one in this section. I know for some of you that would be a plastic guitar, but I'm very proud of this one and I'm surprised how good it sounds, and the body resonates.
I'm a big fan of the faded finish, I would have bought this finish even at the regular studio price.
On the color however, I find the Gibson official picture of the Fireburst very confusing, to say the least. I've seen some pictures on Sweetwater and discover -after I had ordered the guitar- that the color is quite different in real, with shades of Orange. I love it, but Gibson should replace their official photos with real ones

I can hear some of you say "PICS OR IT DID NOT HAPPEN" so let's go : 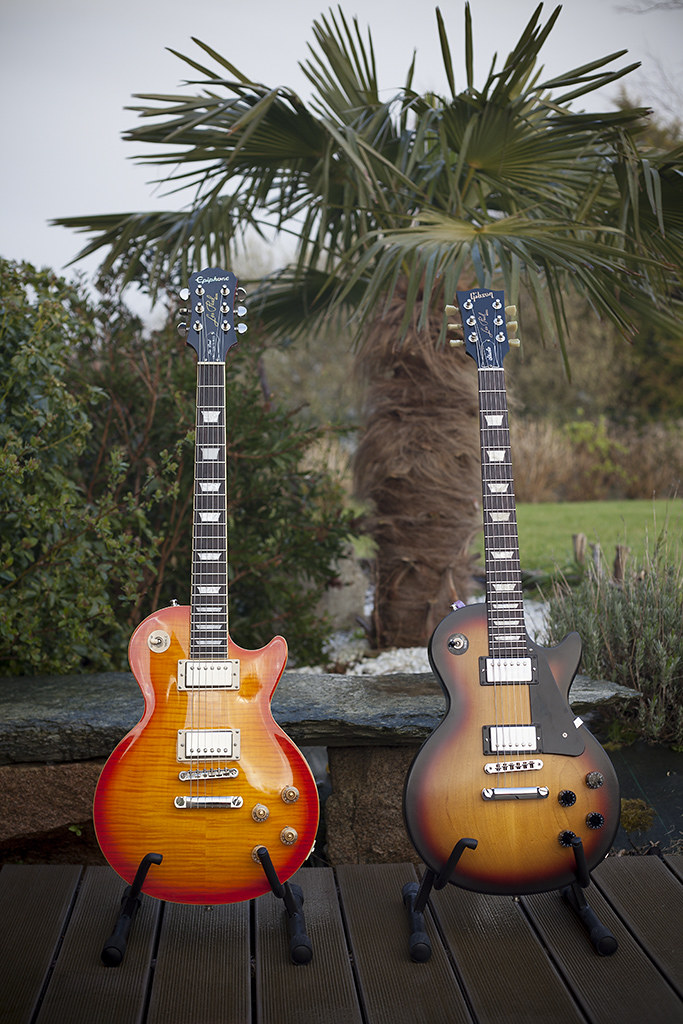 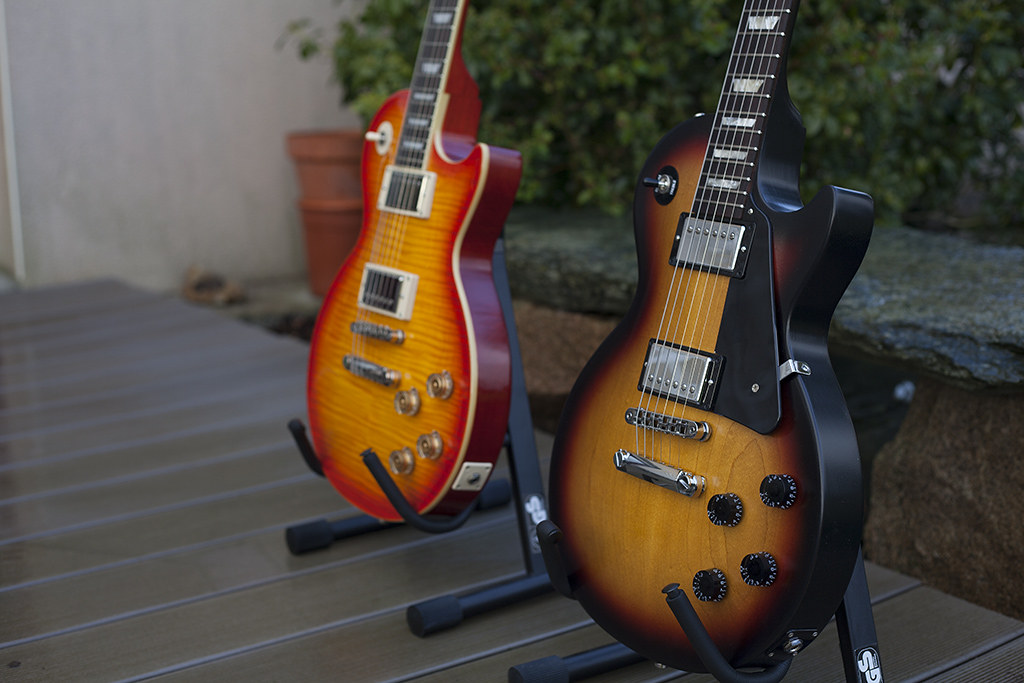 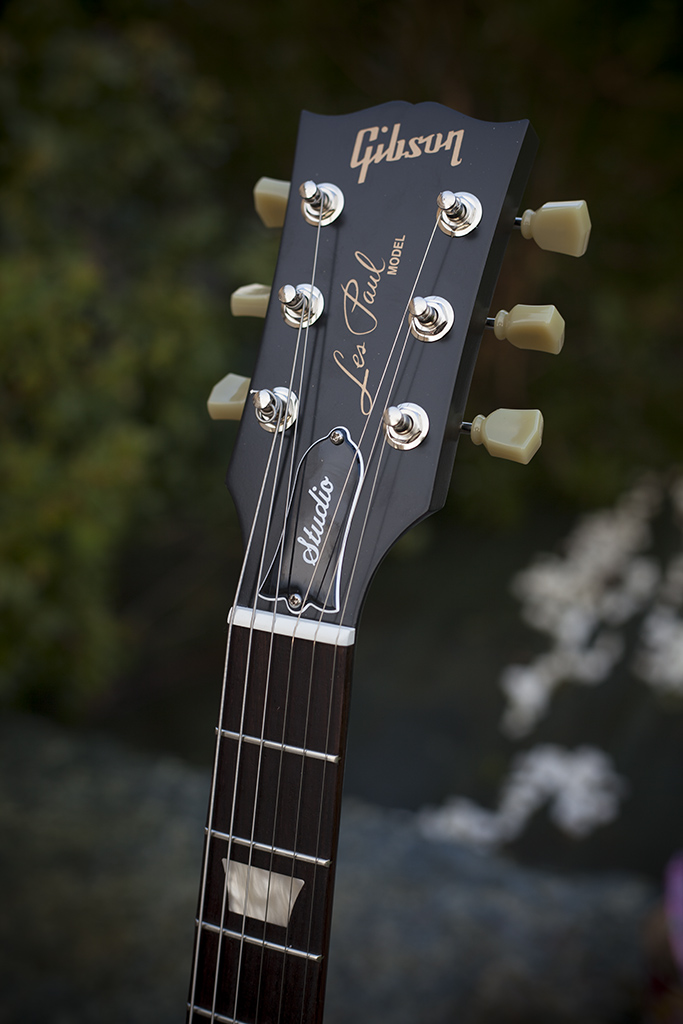 Very nice pair of guitars you've got there, congrats! The faded/satins are very nice indeed!

Stunning, Rem.... congrats. Glad you finally got it. It's a looker in fireburst and it complements your Epi Tribute very nicely. As I said in the other thread, keep that Epi if you like the split coils. It's a looker too!

I too was surprised by the color when I got mine.
You'll see that the color change is really noticeable depending on the light source and angle. I posted some pics of mine in another thread that show this.

Happy NGD! I'm not a big Fireburst fan but with the faded finish it really looks fantastic!

Very nice. I had a faded fire burst a few years ago but it was pretty bland compared to yours. The woodgrain in yours looks great.

Thanks all ! I really appreciate the comments ! I have a lot of "MLP friends" in the Epiphone section, where I've been since '12 and I thought I would have a NGD here without really feedbacks, but I'm happily surprised !
The table and the wood veins were my biggest expectations. There are really nice, at least to me....I was hoping to have a plain top for years....but if it had come with an poor table I would have sent it back.


Despite what people think of Epiphone, this one really sounds great too. She's equipped in CTS/Gibson classic 57 and with a tube amp it sounds great.

The Gibson is really great, and what surprised me the most was the perfect set up out of the box. With the Epiphone, not a thing was right out of the box : string height, intonation, tuning...nothing.

The Gibson had on the other hand a very dry fingerboard, I had to remove the (crappy) strings and put some lemon oil on the fingerboard. Then it became darker and really as it should have been.

I'm not really confident with the gigbag, it would protect a Fender perfectly, but this nice headstock is not well protected in a "non-solid case".

The burstbucker Pro are a not different than the classic 57, but since the guitars are quite different too, there's no real comparison possible.

For now, I'll keep the Epiphone too; even if they sound relatively close (not the same, sure, but not night and day either...From my very first tests).

How do they do the tops on the Epis? Is that a veneer or some sort of printed laminate?

Happy NGD! Both of those are nice!

This epiphone is a special serie, quite expensive one, it has a thick "massive" maple table (not flamed) and on top of that maple table you have a veneer of flamed maple.

I've really hesitated with the Worn brown too. And the 50s Tribute in Honeyburst. But the pups and the 59 neck drove me to the studio faded , and then I took a bet on the FB for a nice plain top. I've been lucky.

If she plays as sweet as she looks yall have a keeper. HNGD