Hi friends, I recently found what was described as a 1997 R7 from the Manchester Music Mill in NH. On their description, they stated that the idea of this guitar was that it was an R7 that was a Goldtop that somebody stripped and found beautiful quilted patterns underneath and refinished in Lemonburst. I was taken aback at how gorgeous that quilt top was and it was truly at a great price for a custom shop reissue. When I received it, I checked the control cavity and found a handwritten "58" in it. This leads me to believe that perhaps this was actually an R8, however, from my limited understanding of Gibson serial numbers, it indicates that it's indeed an R7. Would anyone be able to help me confirm? Serial number is on the photos.

Also, anyone knowledgeable about the reissues in 1997, will you also please provide me the specs that came stock on this guitar? The pickups sound very much like 57 Classics. Throaty, powerful, and warm. I'm trying to decipher what nut material it uses. It doesn't look like corian to me, more like bone, but it's quite white, whiter than most bone nuts I've come across. It's indeed the stock nut as there's still lacquer over.

It's so far been an incredible guitar, the ultimate Standard I've been looking for. Back in 2013, a local music shop near me had an R8 on sale. I was in college at the time and didn't have the funds to get it and I just remembered it was one of the sweetest guitars I've played and heard. I'm happy to say this one sincerely fits the bill and makes up for that lost love. I played it recently at a gig and it was easy to play and its tone was massive. 2020 has been overall a pretty crap year, but I've been blessed to be employed and to have stumbled across great deals on two Les Pauls so far. Little diamonds in the s pile of a year.

Thanks for looking and thanks in advance for the info.

That’s a Custom Shop LP Standard. Serial number font is way too big and wrong for a reissue and the Custom Shop decal on the back of the headstock says it all. Cool guitar but not sold as a Historic reissue. I have seen some guitars in the past that were slated to be a reissue but had some kind of build issue and then was moved into being a Custom Shop Standard.

Yup,... not an Historic. Historics don't have Custom Shop decals like Mark mentioned. For this particular Model the first digit of the serial number represents the year it was made 1997,.... not the Historic model for which this is not..... the remaining numbers are sequential in rank. It's just my opinion, but the concept story doesn't make sense..... if it was to represent an original Gold Top '57 and the gold was removed wouldn't it still have a natural back, not cherry?......and wouldn't it still be an '57 just with a quilt top?... i call B.S. on the seller's description. Oh wow, very strange! Thank you the quick responsesI’ve contacted both the seller and Gibson and mentioned what I’ve learned. Hopefully the seller can give me the original owner’s contact info so I can reach out to him. Hope Gibson can find a definitive story on this.

I apologize, I misinformed you. The lettering written in the control cavity says R8.Is it likely that this started life as an R8 before later being relegated to Standard as Mark mentioned?

Would you know the comprehensive specs for a Custom Shop Standard?

And yes, indeed, I was inspired by Greeny and bought this partially due to the dark lemonburst color. However, in some lighting, it looks closer the shade of Gary Moore’s Stripe. Another guitar I’m fond of.

Quilt is only ever used for special runs at Gibson AFAIK. I don't know of any regular RI that uses quilt.

hi13ts said:
Is it likely that this started life as an R8 before later being relegated to Standard as Mark mentioned?
Click to expand...

Highly unlikely...... the serial font is fundamentally wrong for an Historic.

If this is in your possession it would be helpful to photograph the control cavity and neck pup route. There will be tell-tale signs that will clear this matter up.

Well it still has a pretty cool top....
H 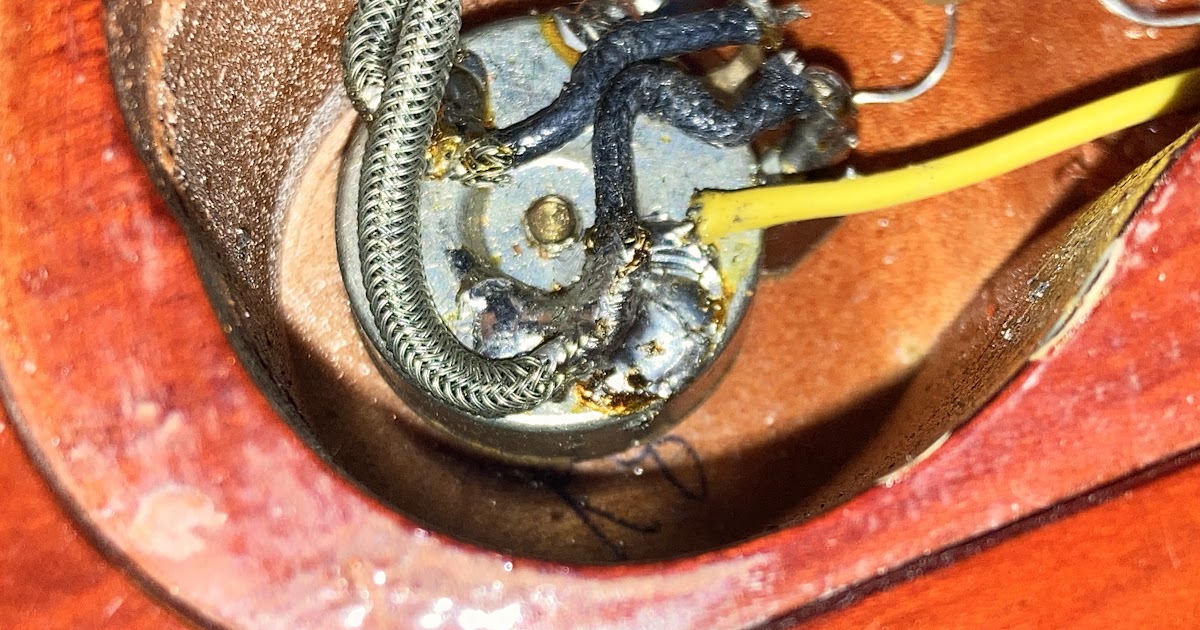 I called Gibson a few hours ago with the serial number and what they were able to tell me was that this was named in the system as a "58 Classic", but was actually a custom order of sorts with individualized specs. I was unable to find anything with the "58 Classic" name, but if it was indeed a custom order, this would explain why it doesn't fit the specs of any of the reissues. The merchant I bought this from is reaching out to the original owner and will get back to me. Very excited to hear the story behind this.

Regardless of what it is, it's been a very pretty and incredible guitar with playability and feel that hearkens to the reissues I've been able to play in stores over the years, but it has great power in its tone, a bit hotter than most of the reissues I've played. I was fortunate that timing worked out where I was able to test it in the field for a gig right after getting it and it stood up to my expectations.
Last edited: Oct 19, 2020

That long tenon changes the game on that one...

It has a long tenon which is nice but the cavity route is not correct for an Historic..... the route escape for the pickup wiring is too large.... here is my R8 and note how small and narrow the route is. I think I've finally reached the end of this origin journey. The merchant was able to have his Gibson rep track down several guitars with the serial number. Using the product description and notes of the guitar that seemed to match mine the best in regards to date and specs, I called up Gibson again and fortunately got a hold of someone who was knowledgeable and invested in digging into this with me.

According to him, he pulled up this serial number specific to 1997 and found two guitars that match it (which we both thought was weird, but the list the merchant sent me indeed showed two guitars that year with this s/n). They were both listed as CST 58, one in heritage cherry sunburst and one in lemonburst. Mine is indeed the one in lemonburst. Before he concluded it was an R8, he did say the product description on the invoice stated that it was indeed a one-off custom order made by Guitar Resurrection in Austin, TX. So we concluded that this was a special order based on the build and concept of an R8. Quite an intriguing conclusion!

Truly, though, regardless of what this was, R7, R8 or Custom Standard, it's a hell of a guitar and I'm grateful to have been the recipient of such a great deal. As I mentioned on my first post, it so far feels like the ultimate LP Standard I've been yearning for since i played that R8 in 2013. I'm very much looking forward to the future playing this guitar. Hopefully we'll be in a better place in 2021 and that it will offer me plenty of opportunities to test this guitar's mettle.

Thanks to all for the information, examples, and compliments.

Was finally able to get a quick sound demo down on Halloween. Very dynamic and responsive guitar. There’s a certain brightness, very slight scoop in the mids with this guitar. A lot of power on tap. Certain lighting really brings out the stunning quilt top, but this video doesn’t do it justice.

hi13ts said:
Was finally able to get a quick sound demo down on Halloween. Very dynamic and responsive guitar. There’s a certain brightness, very slight scoop in the mids with this guitar. A lot of power on tap. Certain lighting really brings out the stunning quilt top, but this video doesn’t do it justice.