New to me '78 Pro Deluxe. Was a total compulsion buy but after handling it and playing it, I'm glad I bought it. I bought it with the intention of having it refinished as a GT (a finish offered on the LP Pro) but was threatened with mayhem if I did by other MLP members, so I'm leaving it as is.

This thing has been played. It’s no case queen for sure. The pics don’t really show the patina of the binding/plastic, it’s much more amber colored than in the pictures, almost like it’s nicotine stained (but it doesn’t smell like cigarettes). I have a ‘78 poker chip on the way and I had to borrow a couple of screws from the electronics cover to put the pick guard back on, I'll replace them soon. Hardware looks original. Weight is about 10.25 lbs.

Cleaned up and oiled the fretboard. Polished it. New GHS Nickel Rocker .011 strings and set up. The neck angle looks very steep (see pic), more so than my ‘81 or R6, but it allows me to get the action very low with a nearly straight neck (~ .007" bow) with no buzzing. Intonation is perfect and the old Gibson tuners hold tune well, but on the other hand I’m not a string bender either.

There’s a weird looking horizontal "<" shape in the paint on the underside of the body at the neck pocket (see pic, click to enlarge), not raised or sunk into the body, just looks like an arrow head. Any thoughts?

Looks like original finish, which has striated aging lines on the cap, back of the headstock and headstock veneer. Lot of worming on the back of the guitar, wear in the usual places where the picking arm rests, finish worn away on the bottom and back of the neck exposing the maple, and finish worn away on the edges of the body showing the mahogany. There's about a .5" round divot on the cap, I'm thinking either golf ball or meteor strike. This one was played A LOT. I’m assuming this is a pancake body (IDK for sure) and there are no separation marks between the layers.

Neck is nicely shaped with some shoulders but not too crazy. .86" @ 1st fret, 1.00" at 12th. Very comfortable to play. P90s sound like you would expect, and if they buzz I can’t hear it, very quiet pups. Frets are original, certainly played, normal wear. I like low profile frets, so I’ll have them re-crowned and they’ll be fine.

Electronics look original and untouched. Pots are dated the 25th and 30th week of 1978 which seems odd because according to the serial number the neck was stamped with the SN around the 10th week of ‘78, around the middle of March.????

Here’s a kicker: Under the truss rod cover are the initials PK. Paul Kossoff? ... Nah. Paul Kantner? Phil Keaggy? Maybe one of you guys?

Has a non-Gibson case, so if one of you has a late 70's case laying around that you’ll part with, send me a PM.

So, I’ll leave alone as is, but you should know you’re taking bread from the mouth of Andy at Bad Mojo. He’ll deal with you all accordingly. 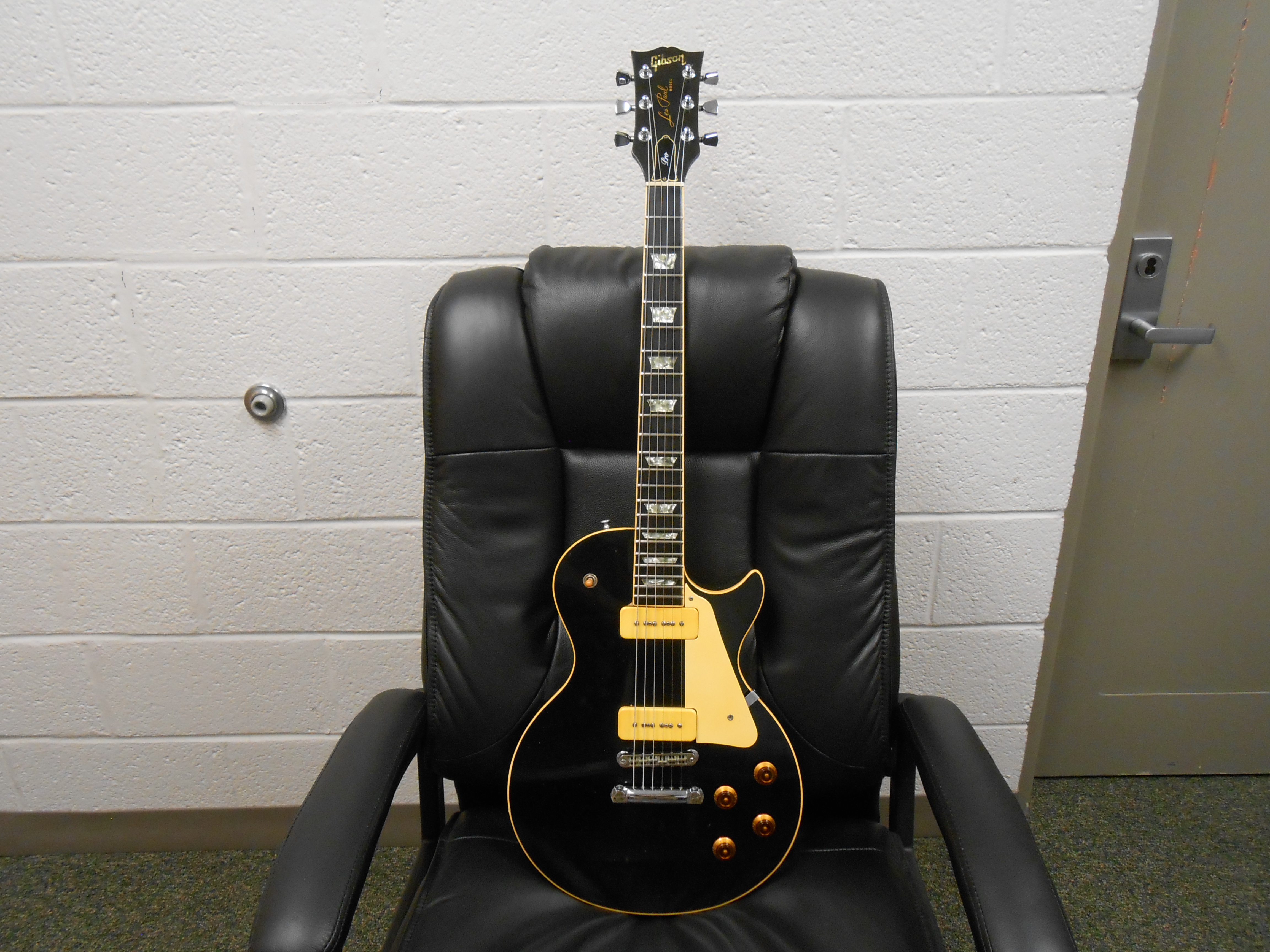 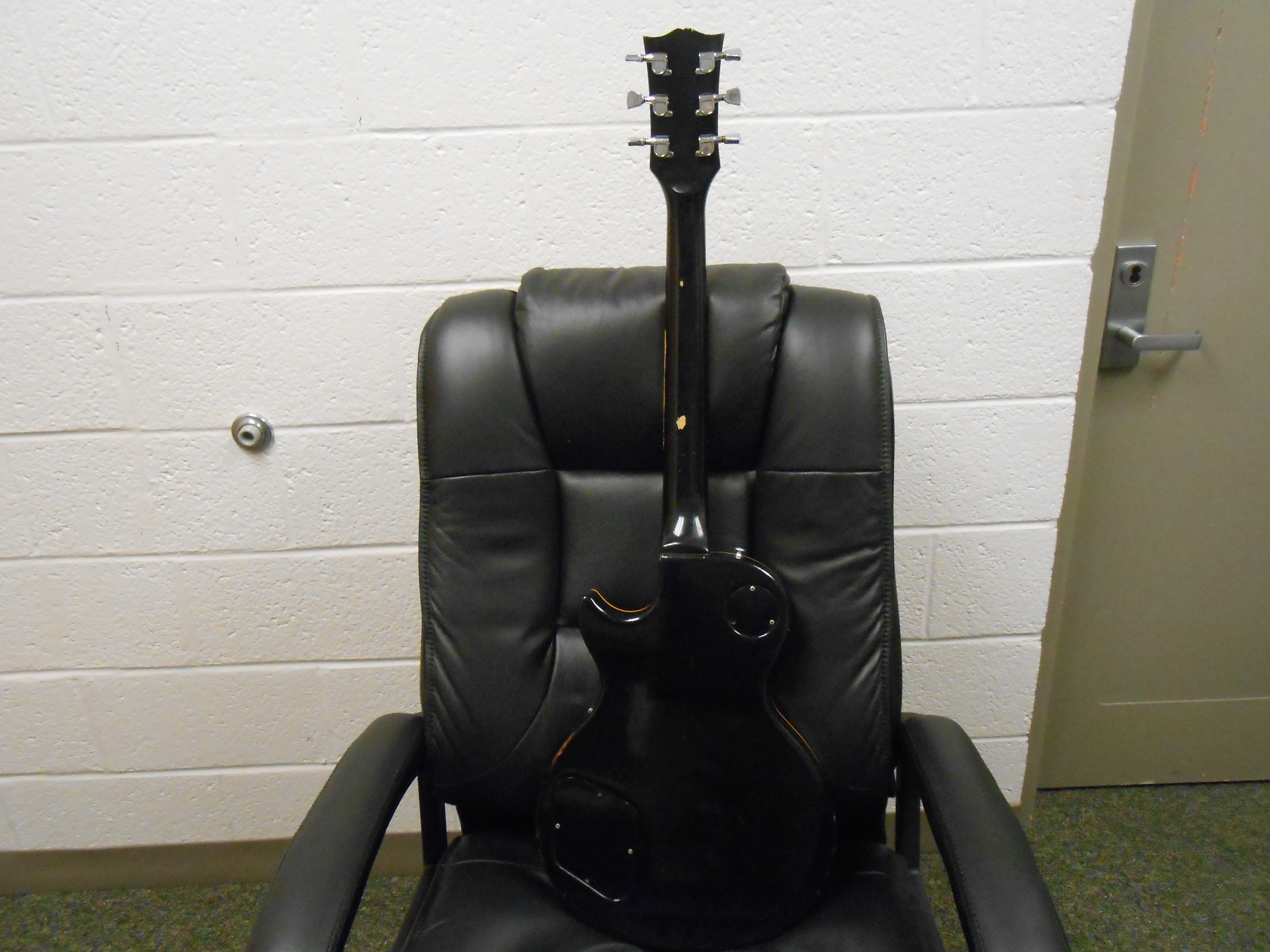 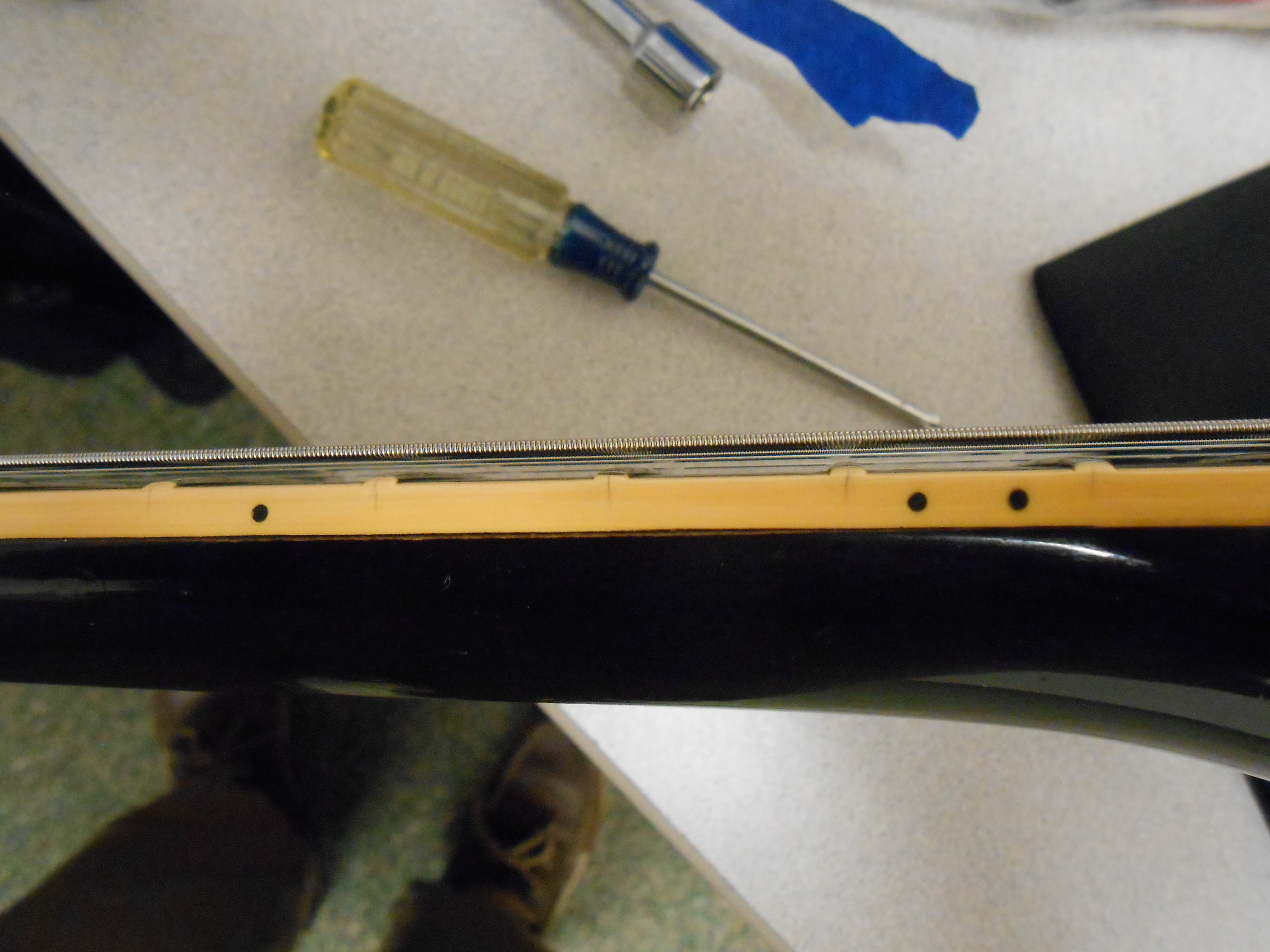 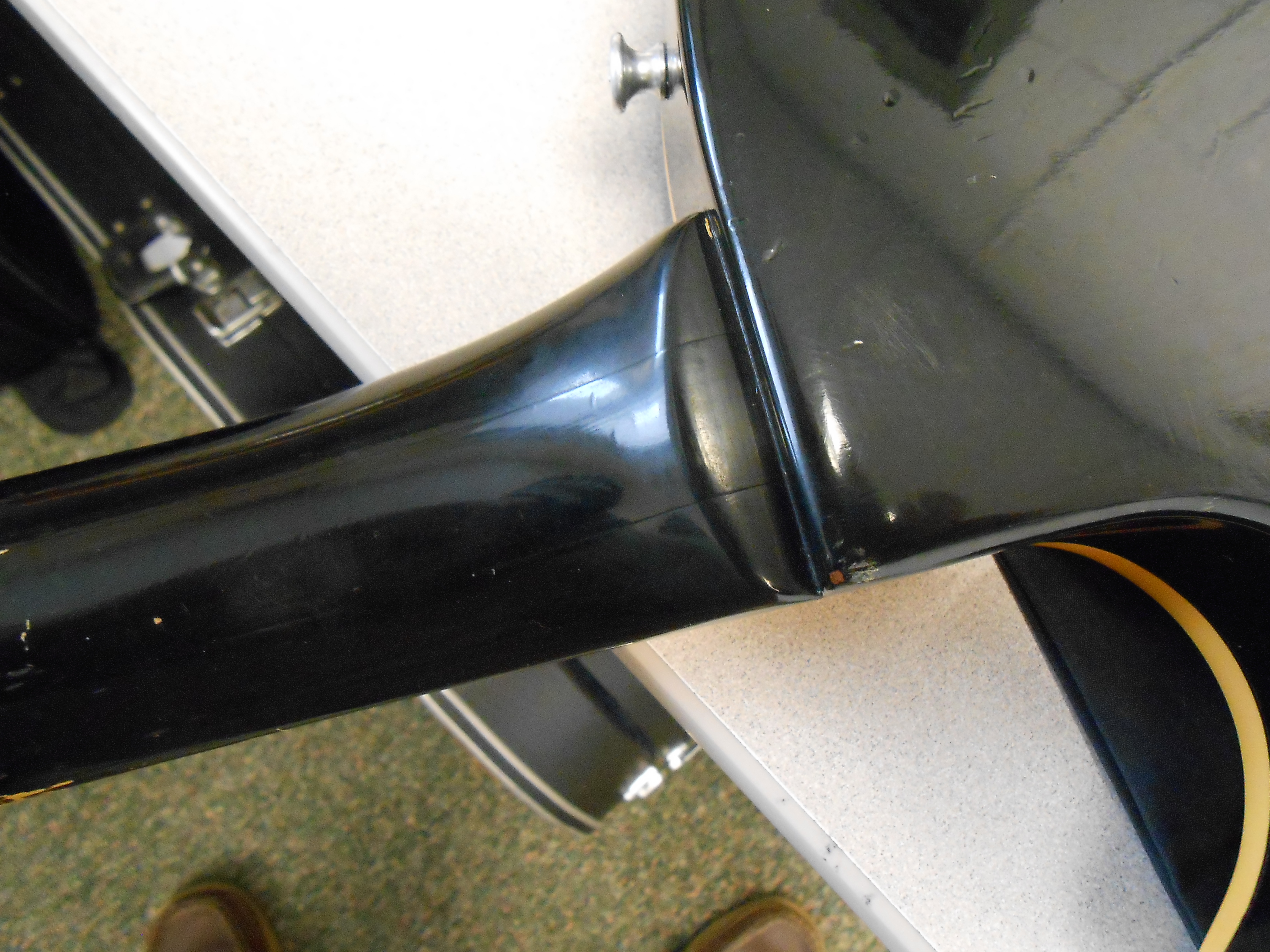 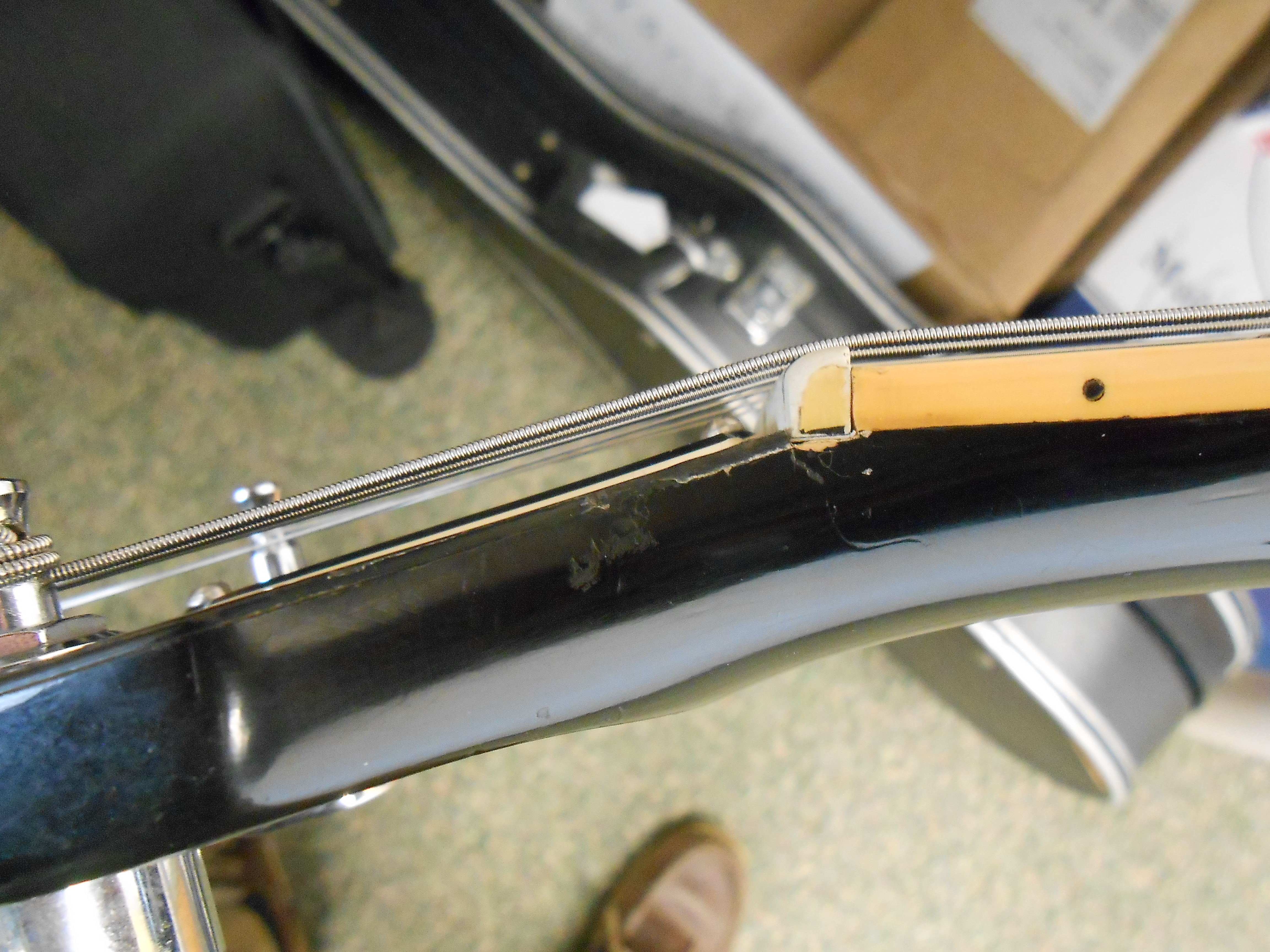 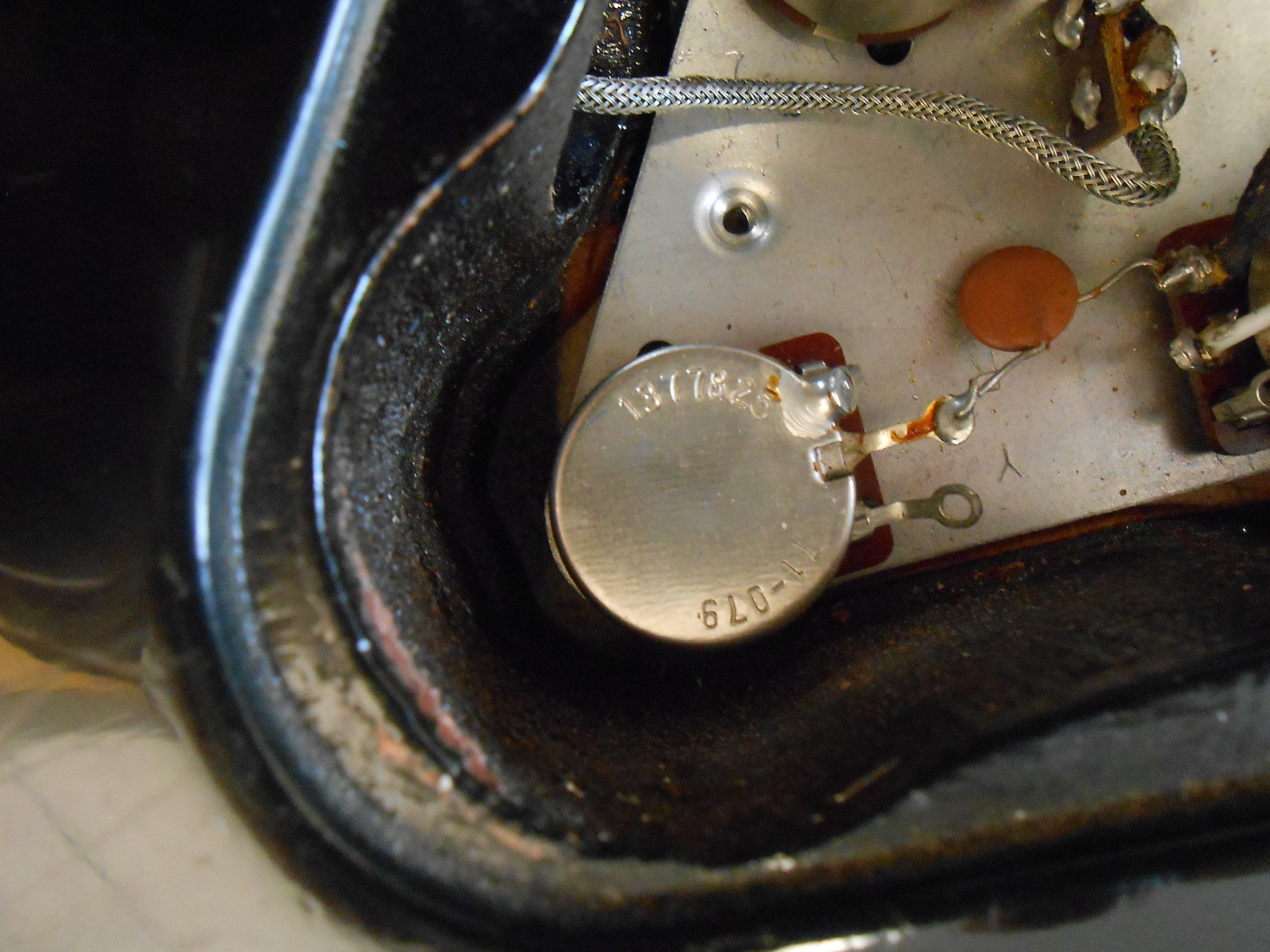 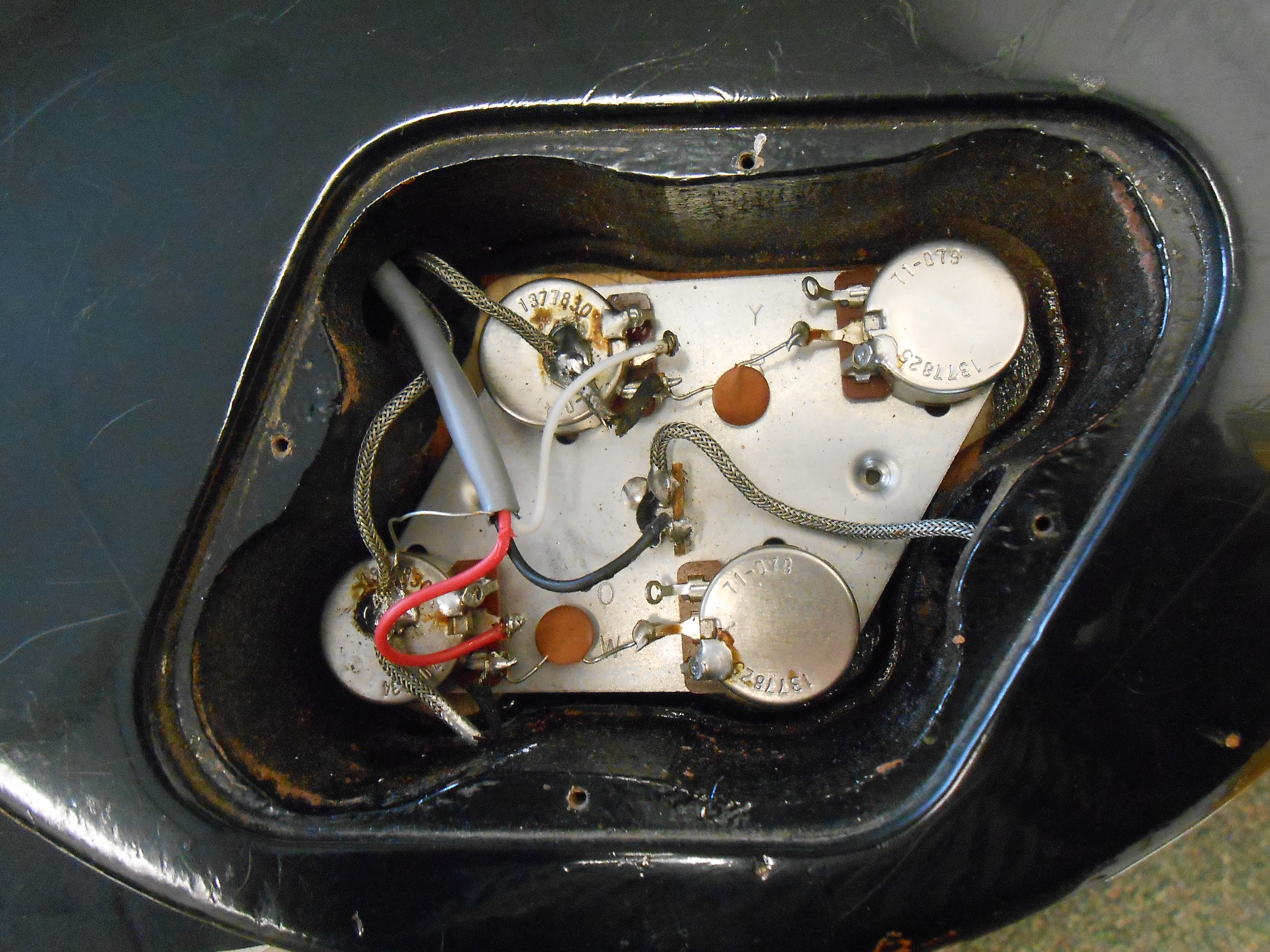 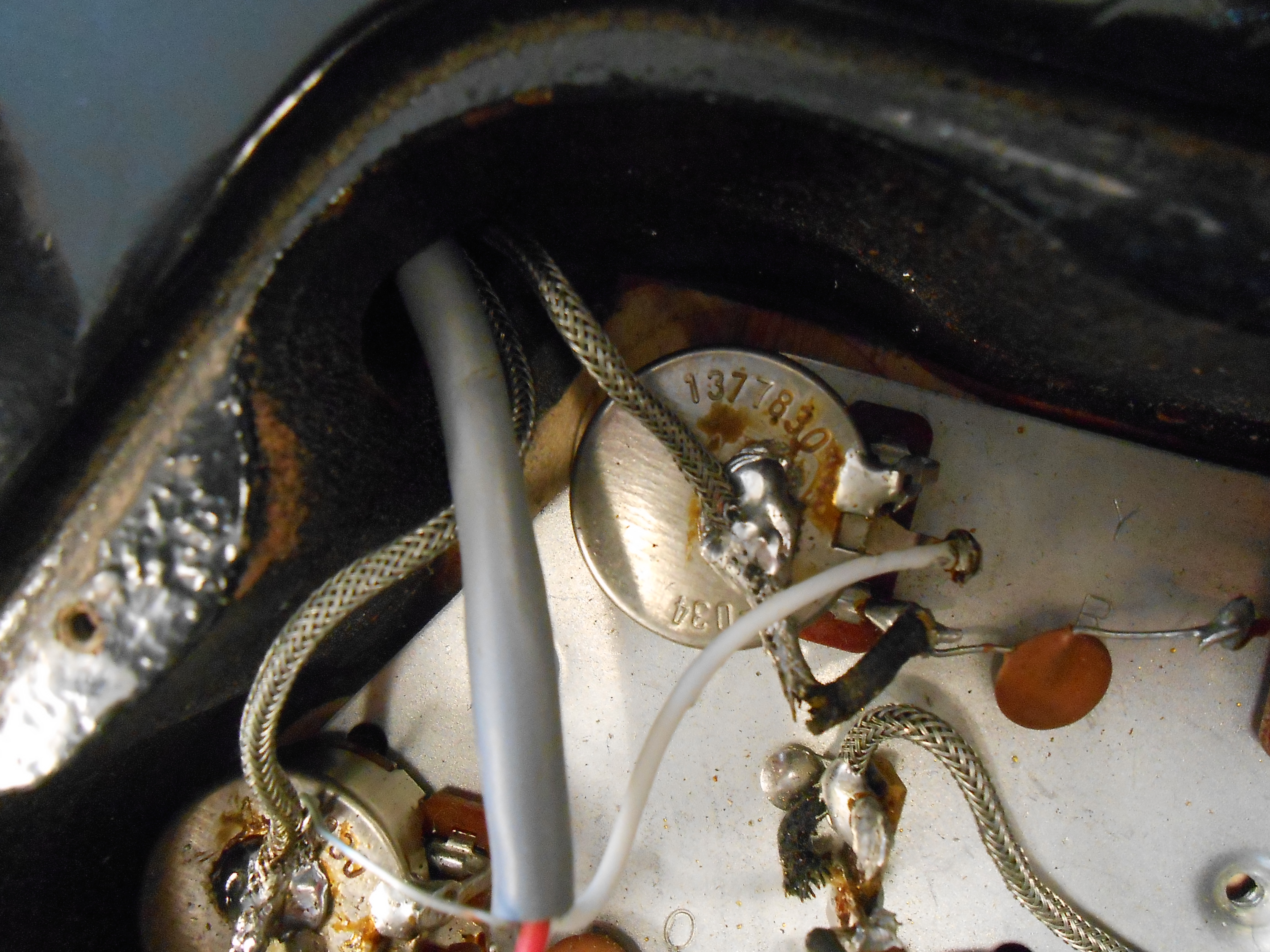 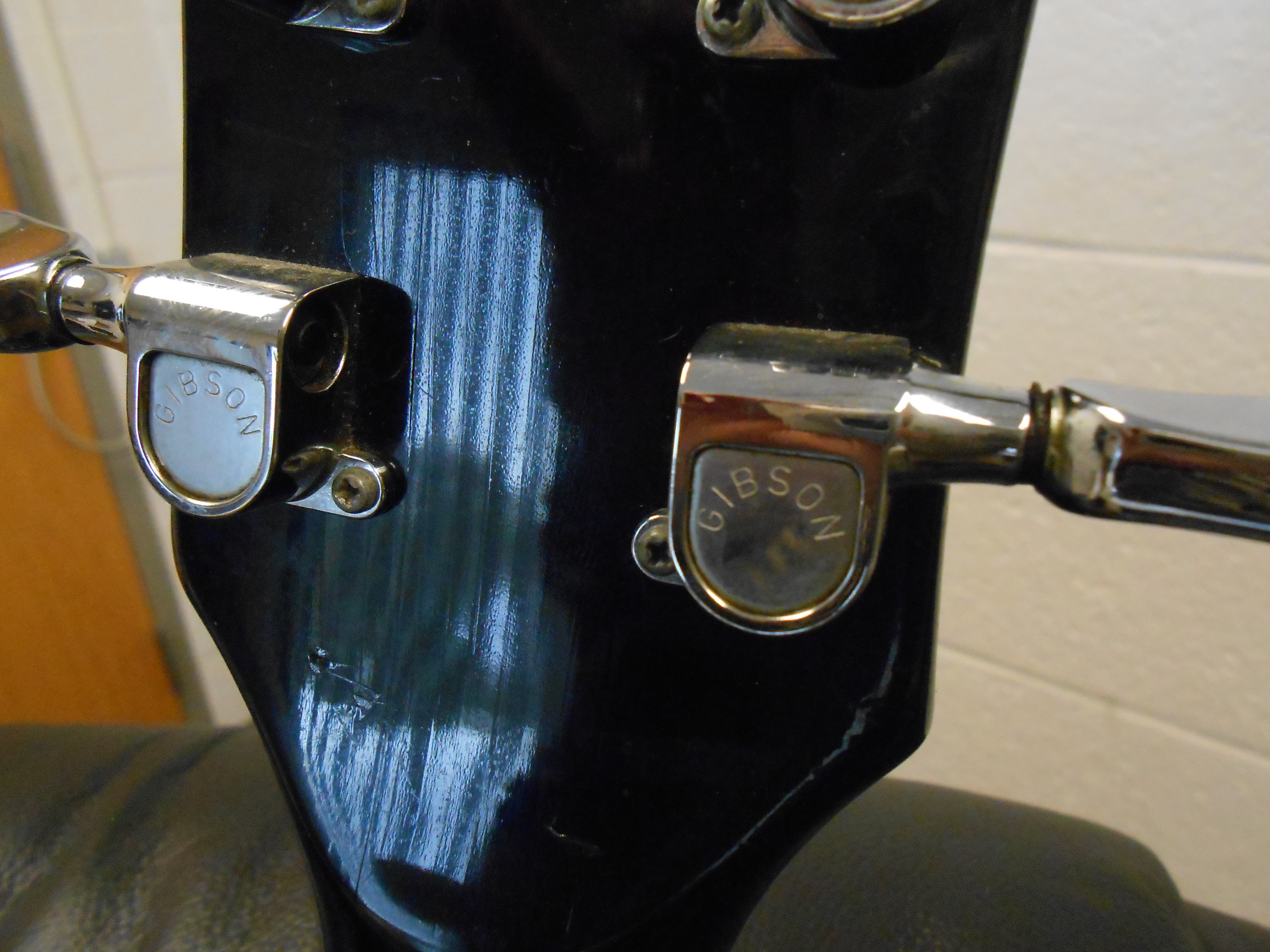 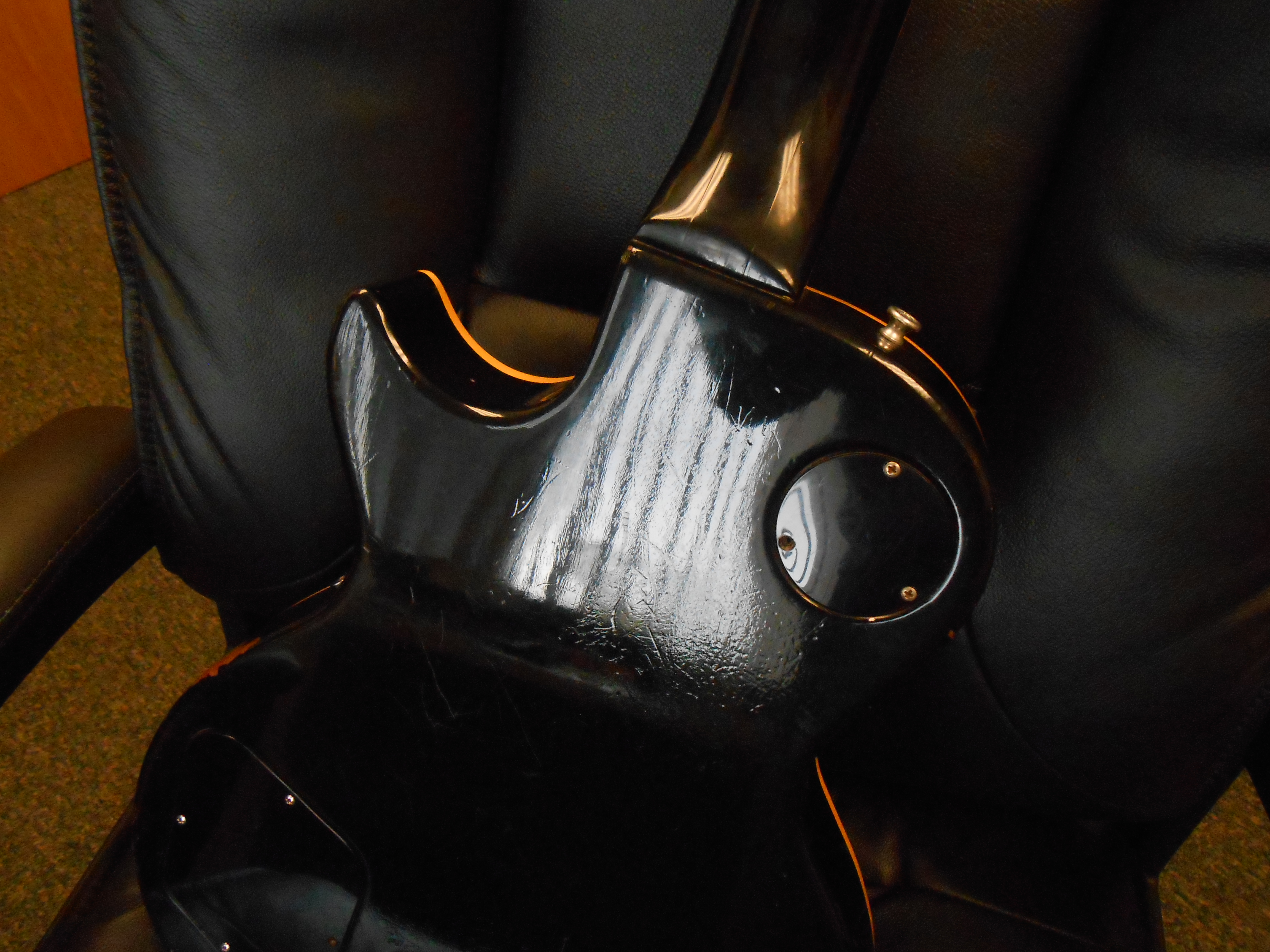 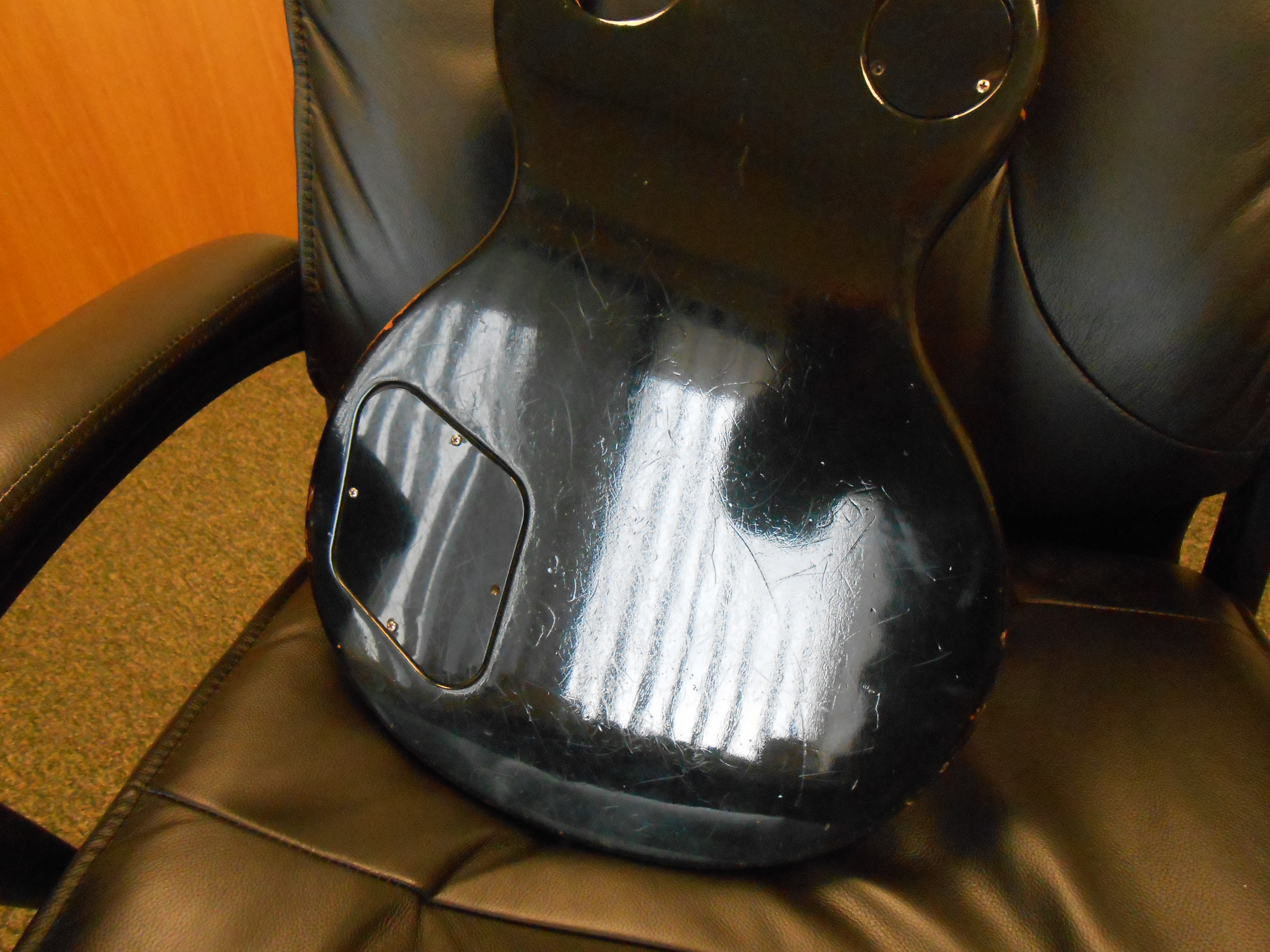 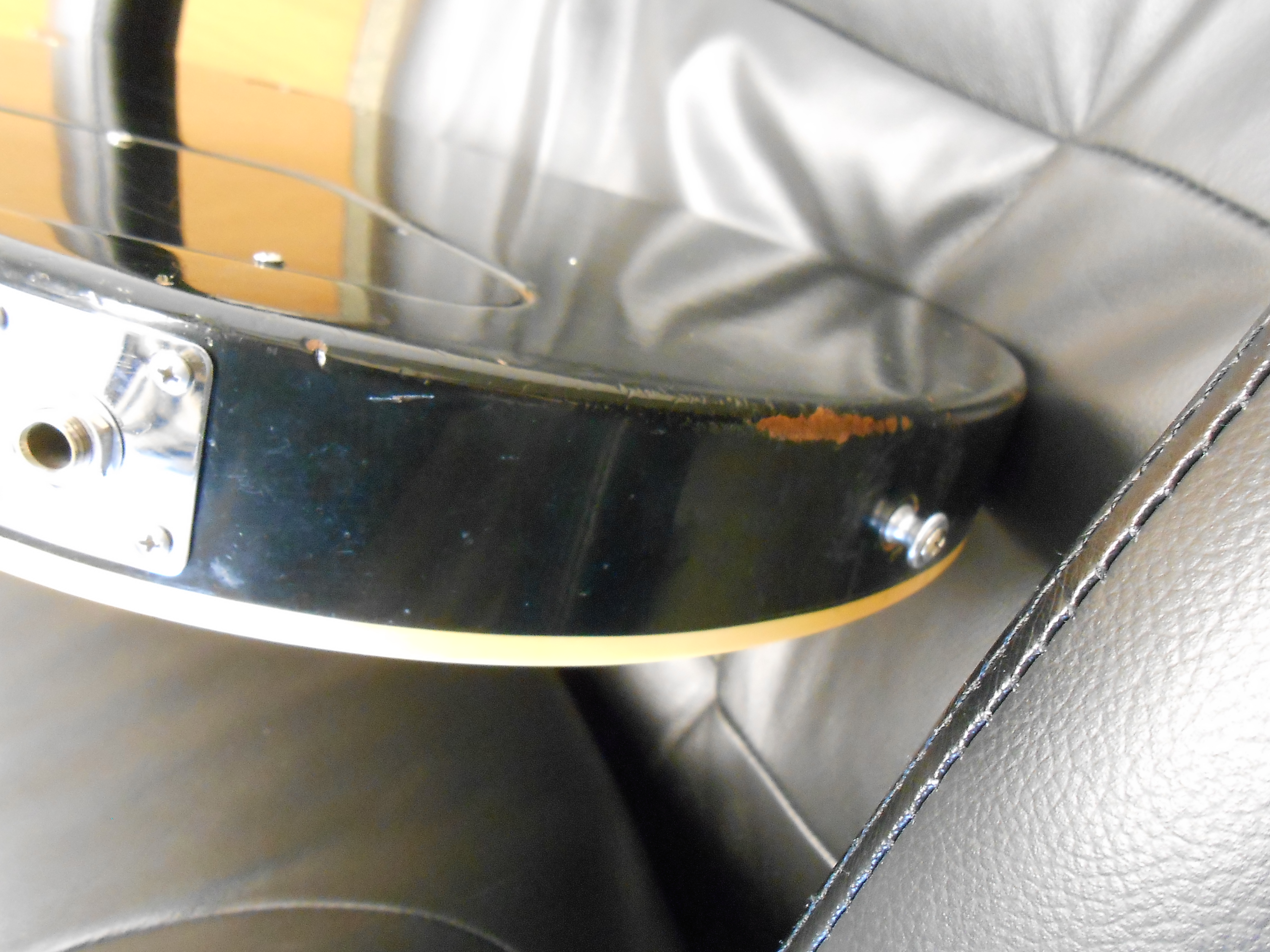 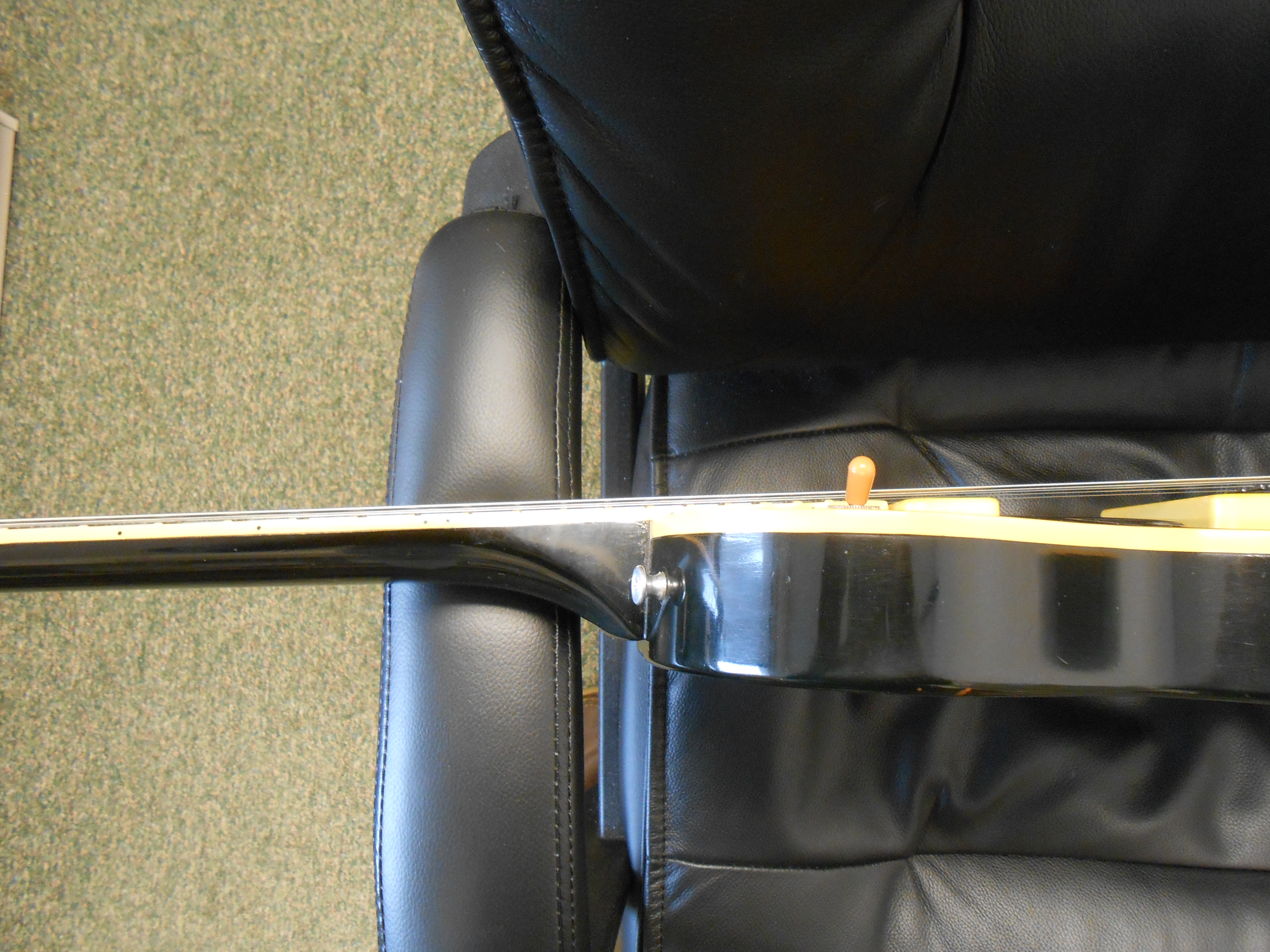 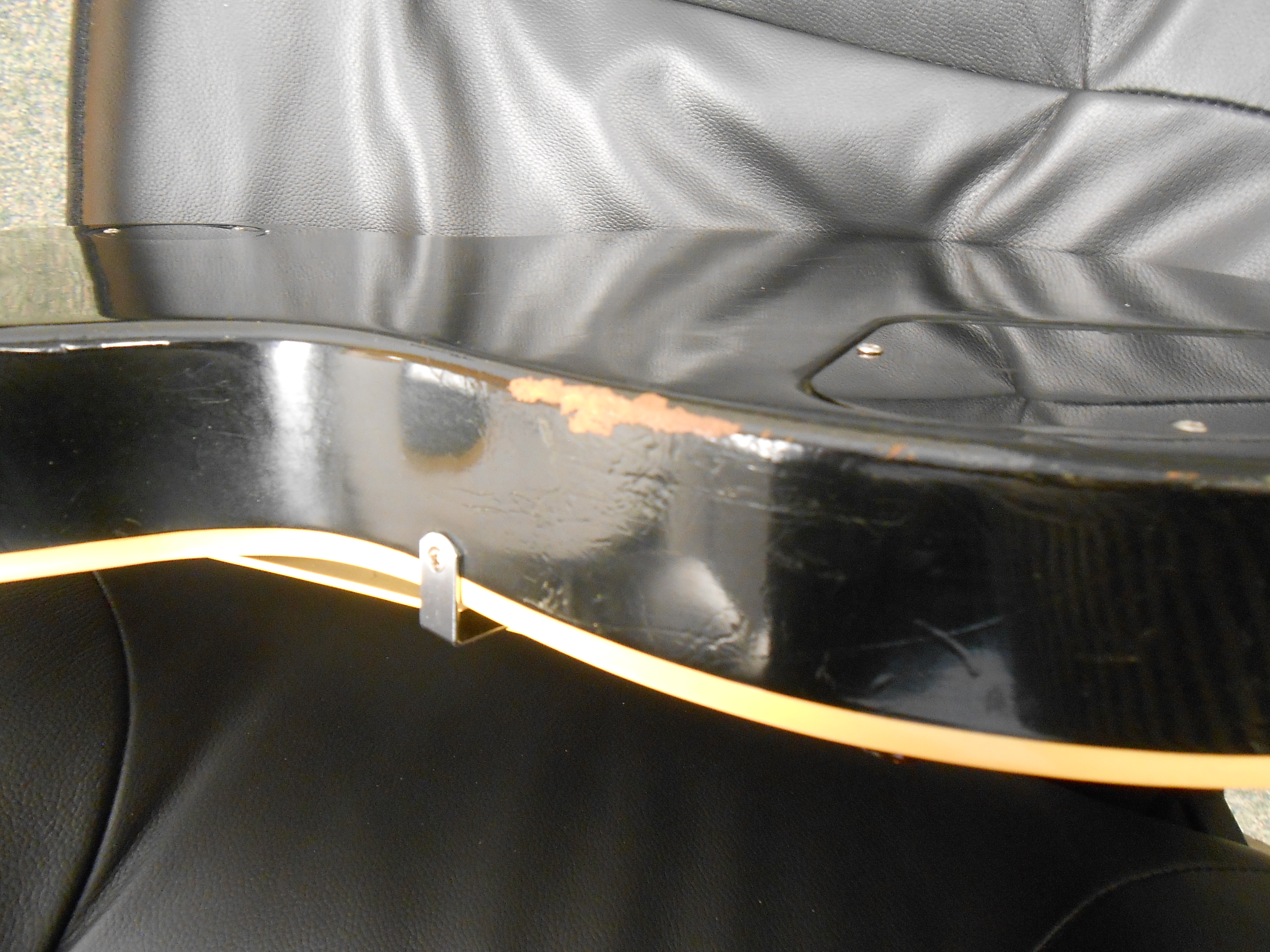 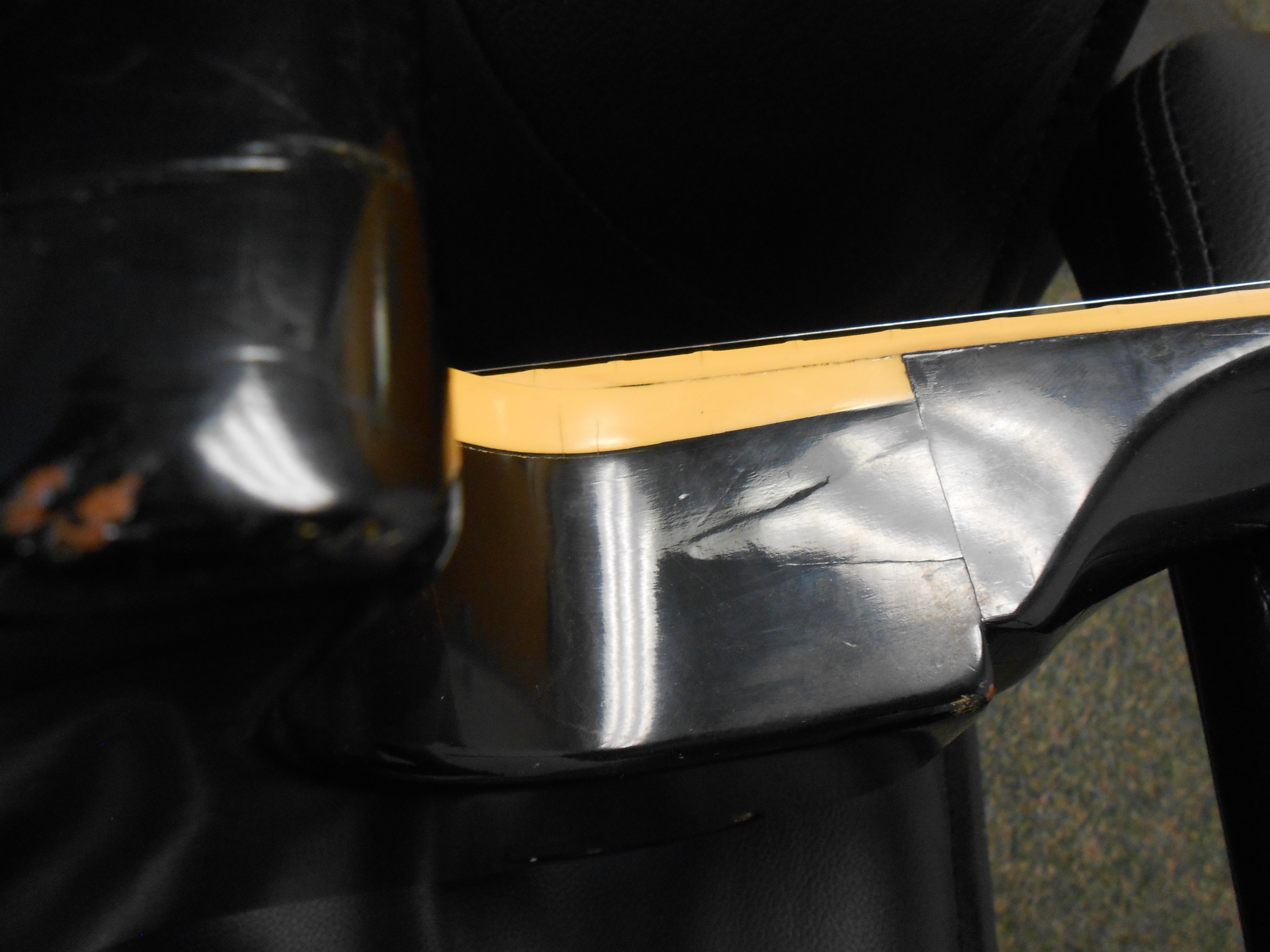 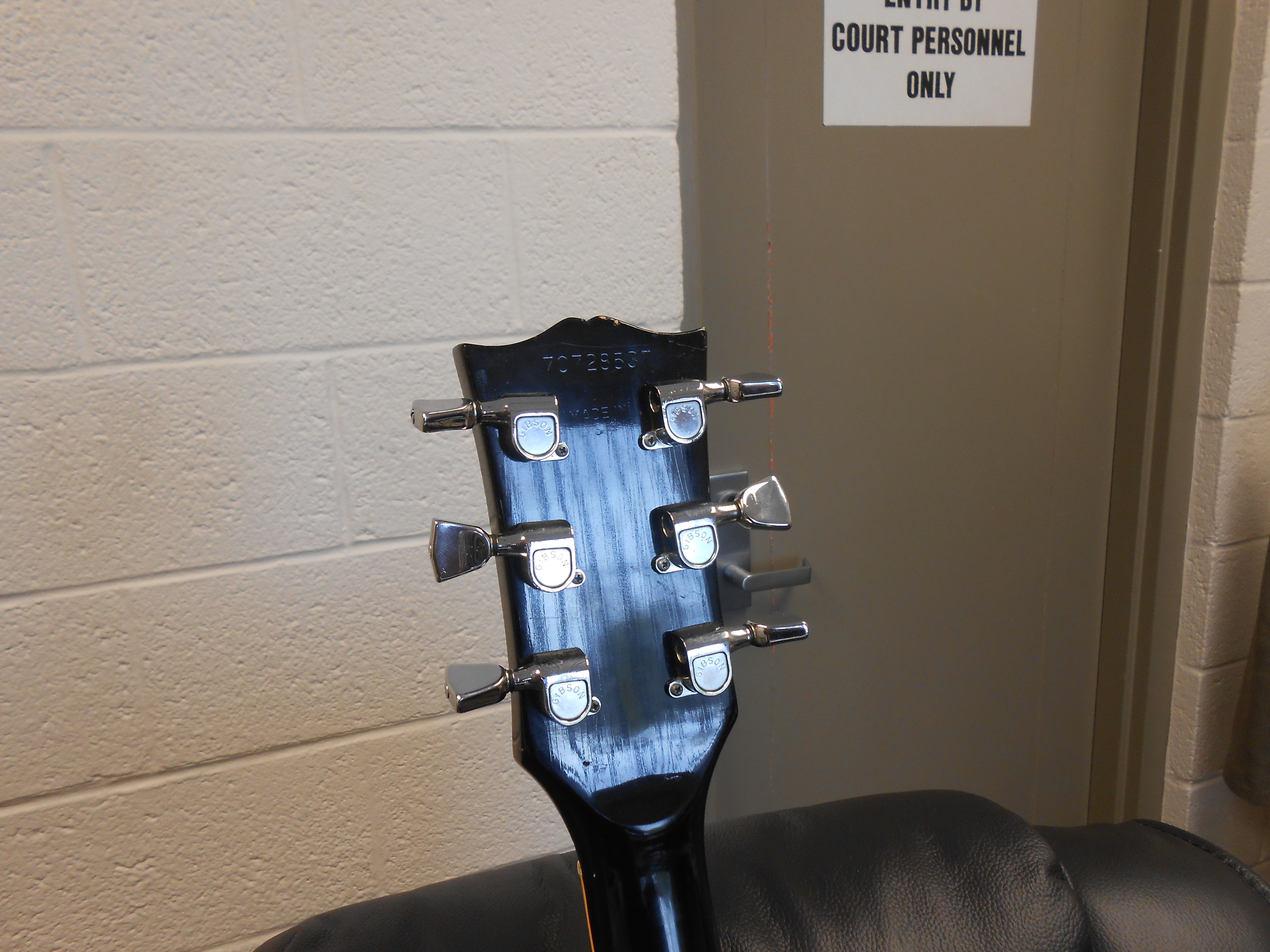 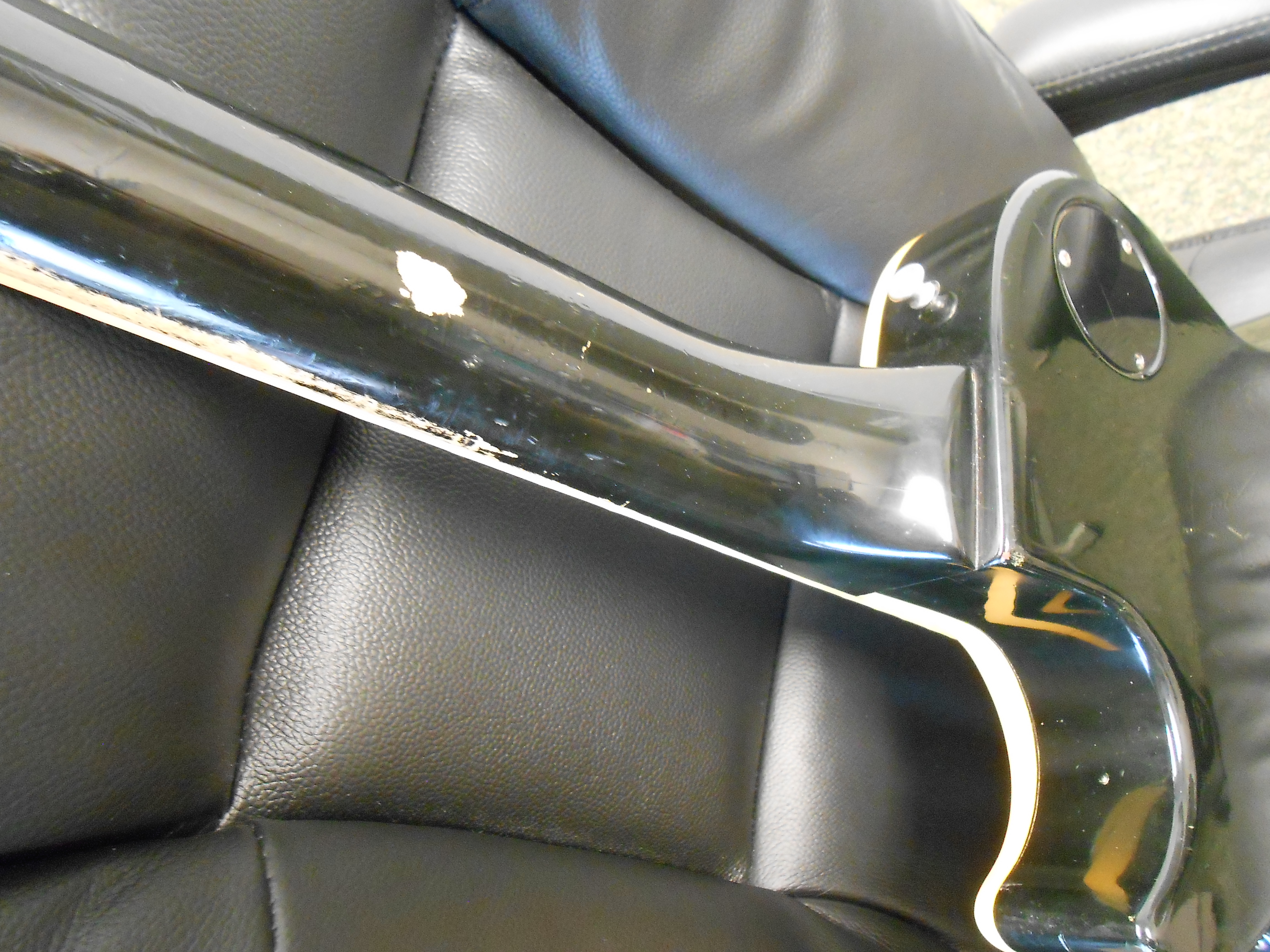 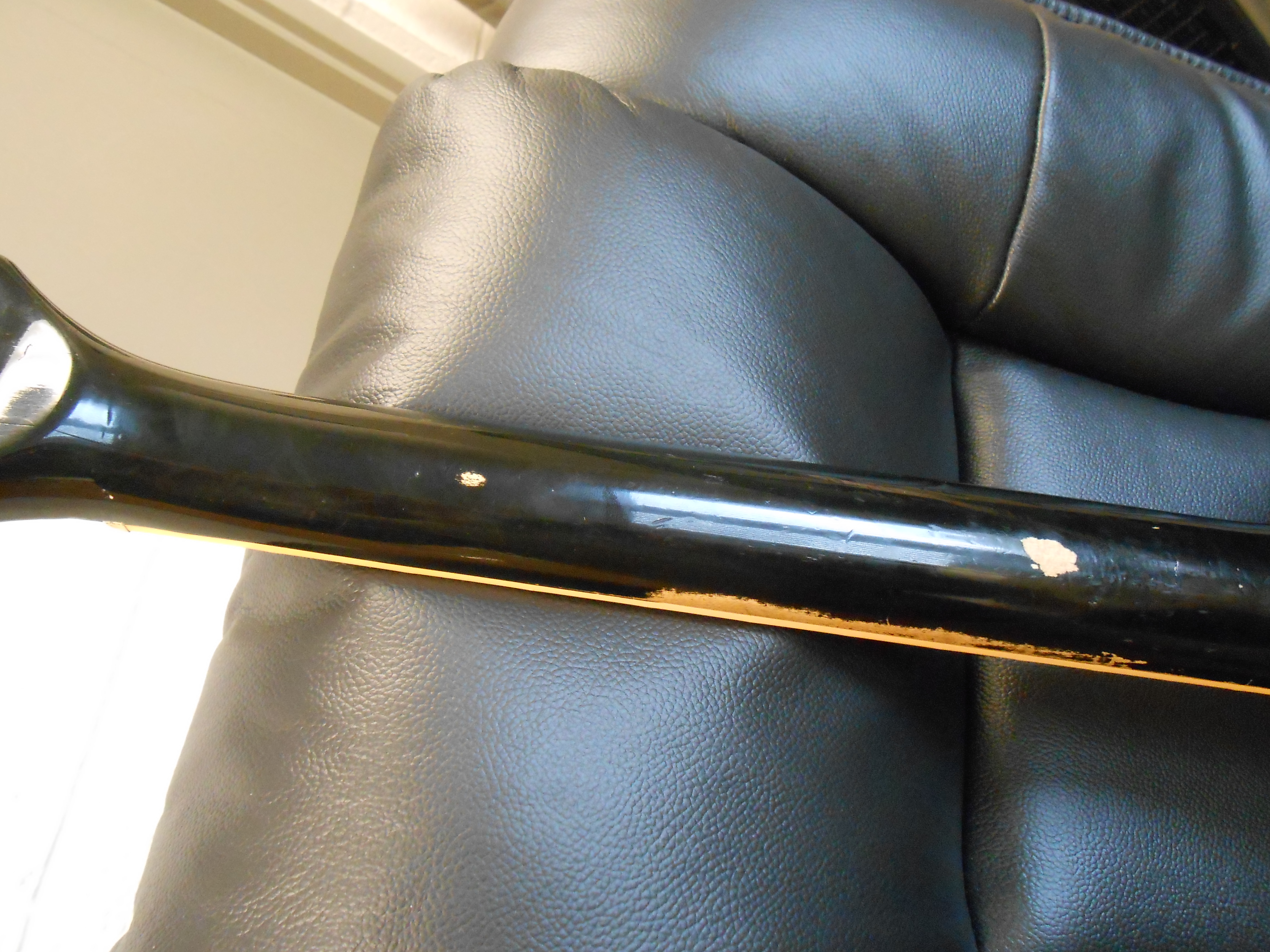 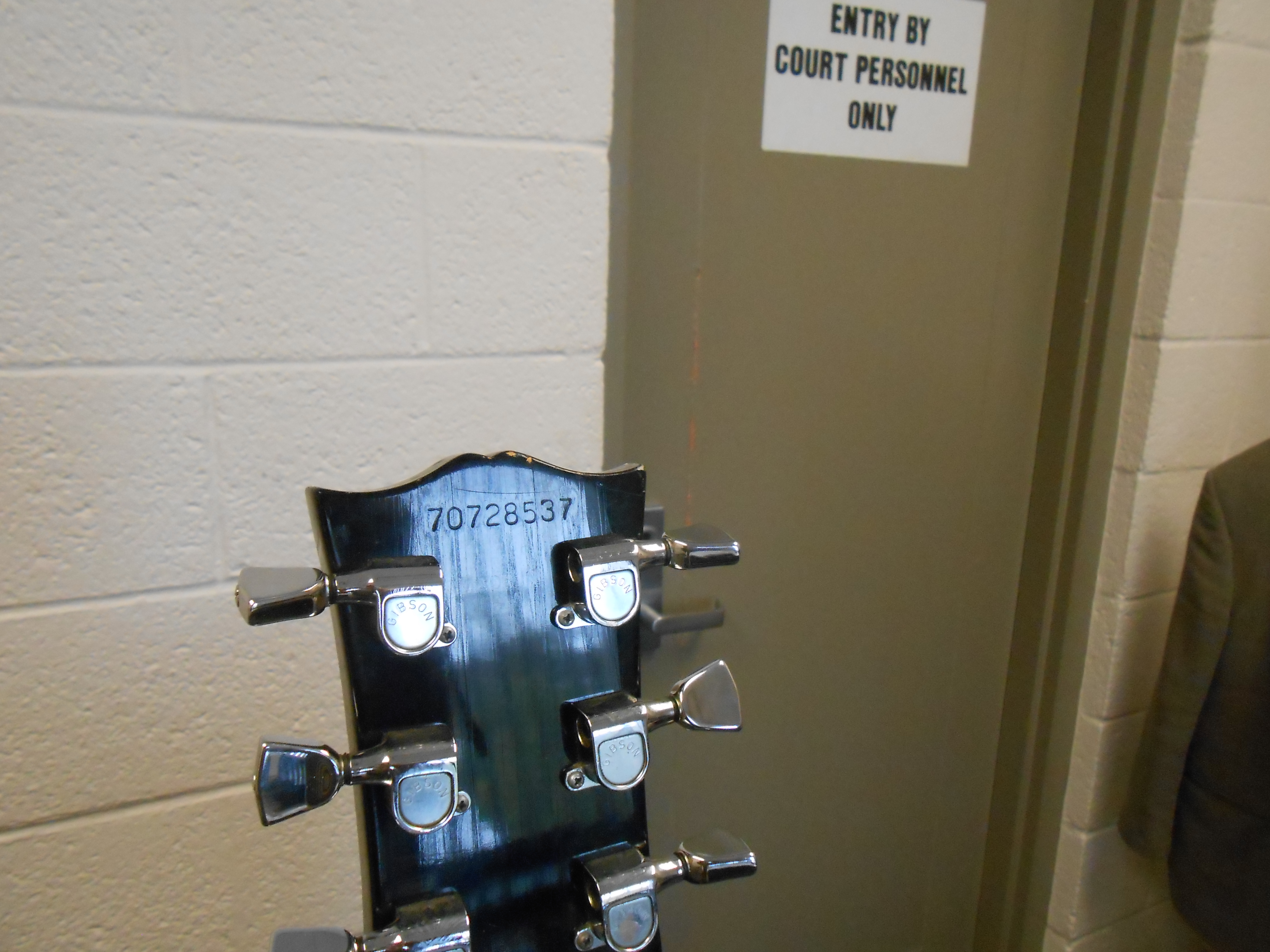 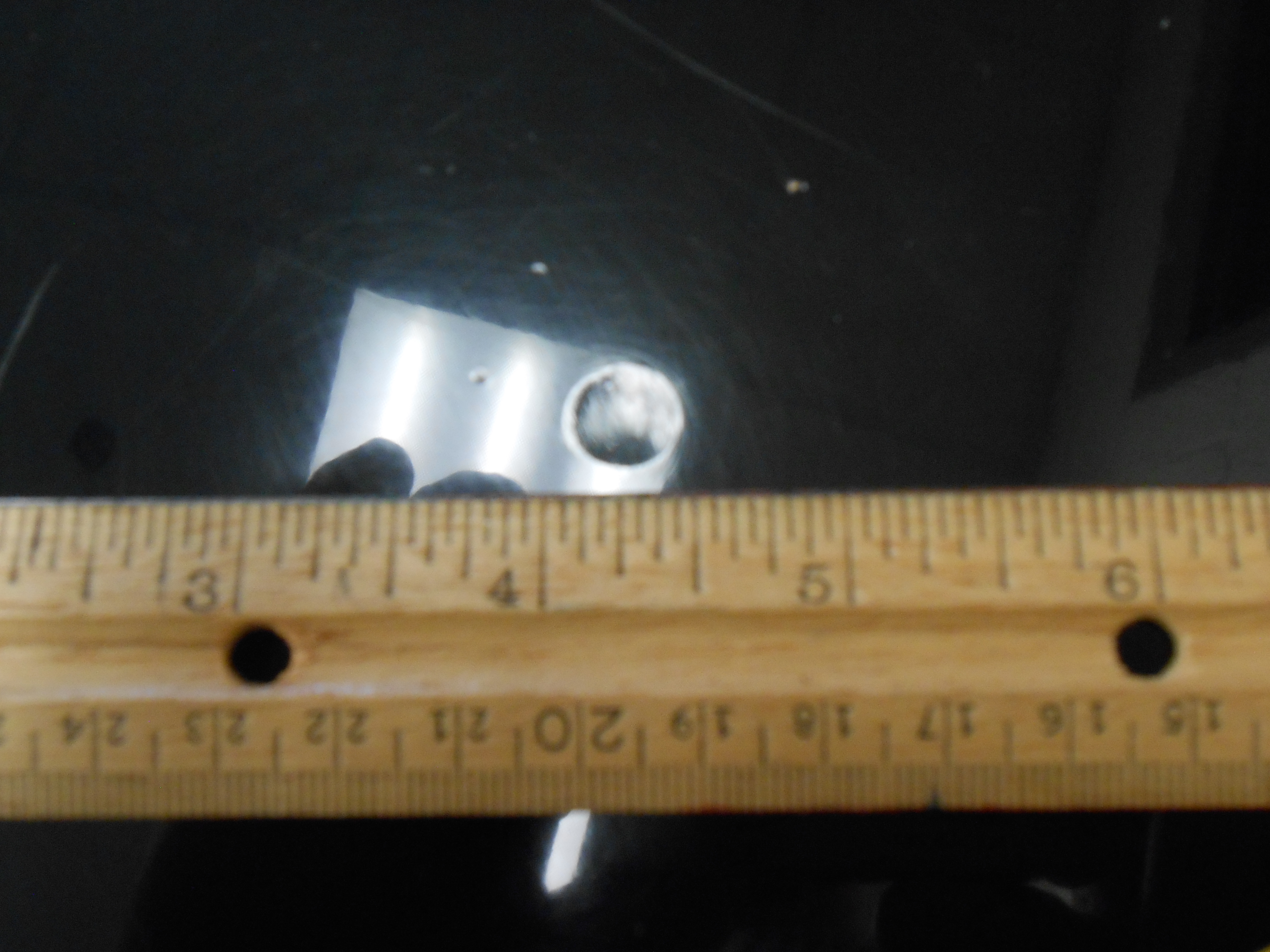 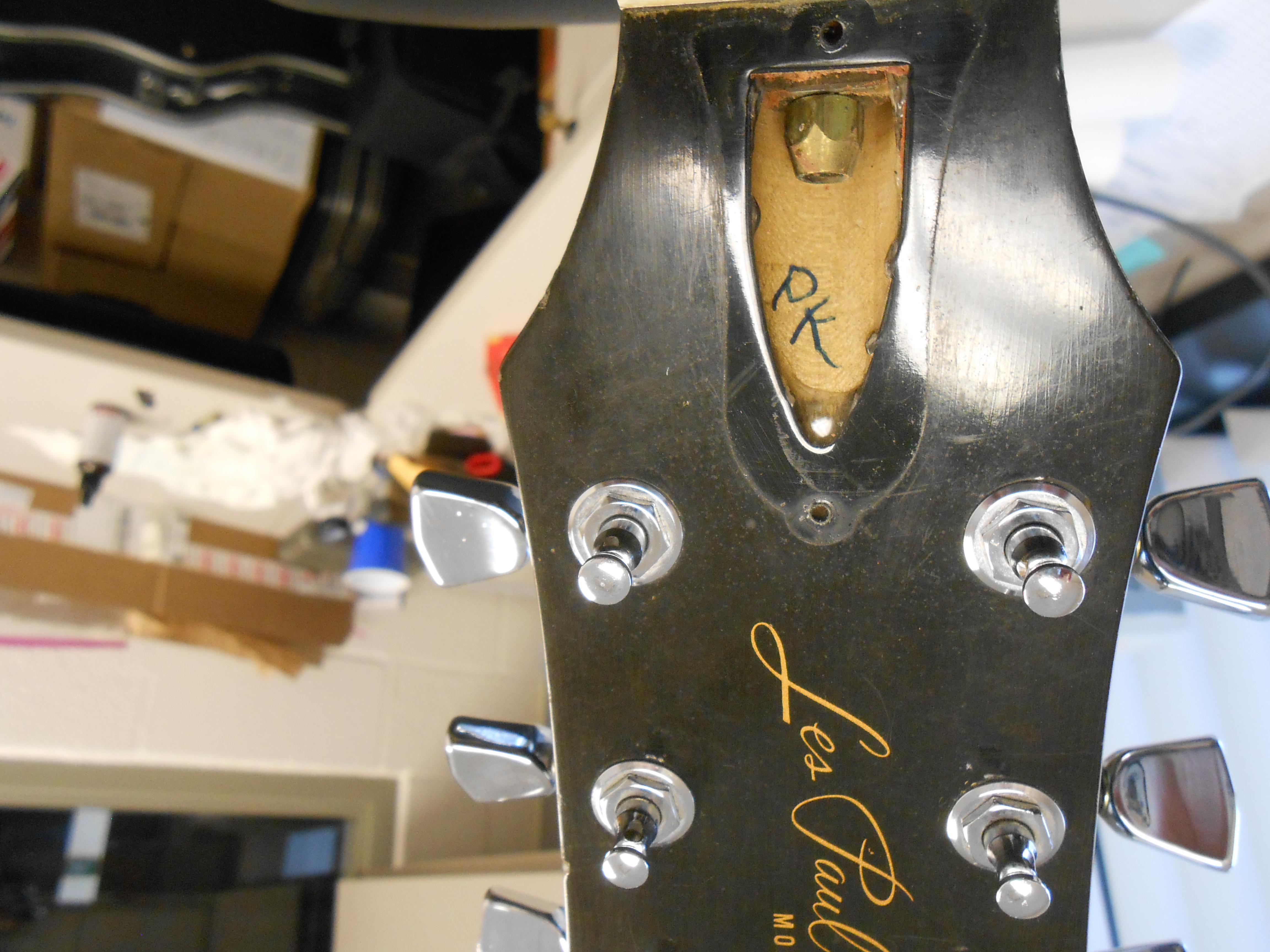 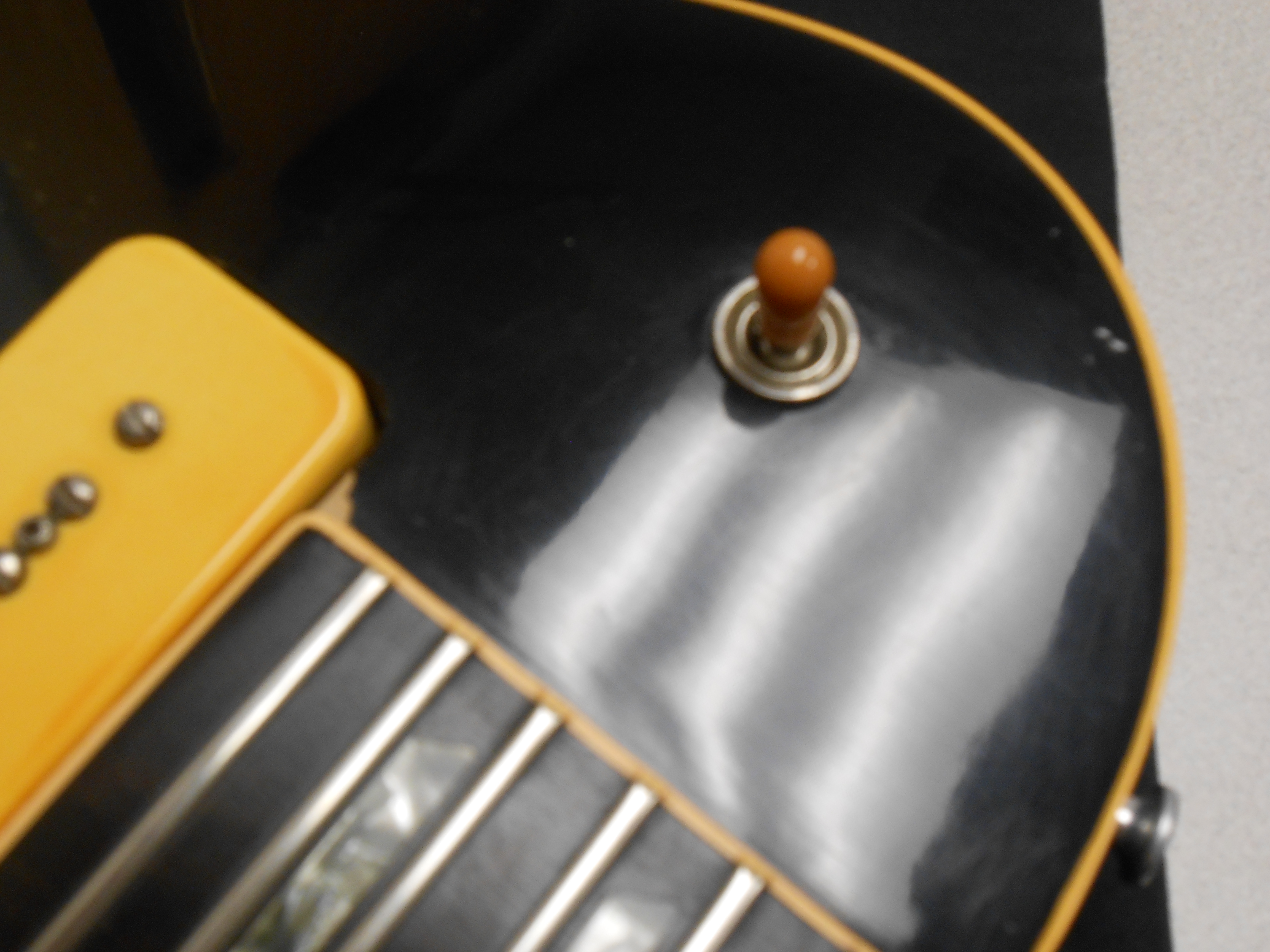 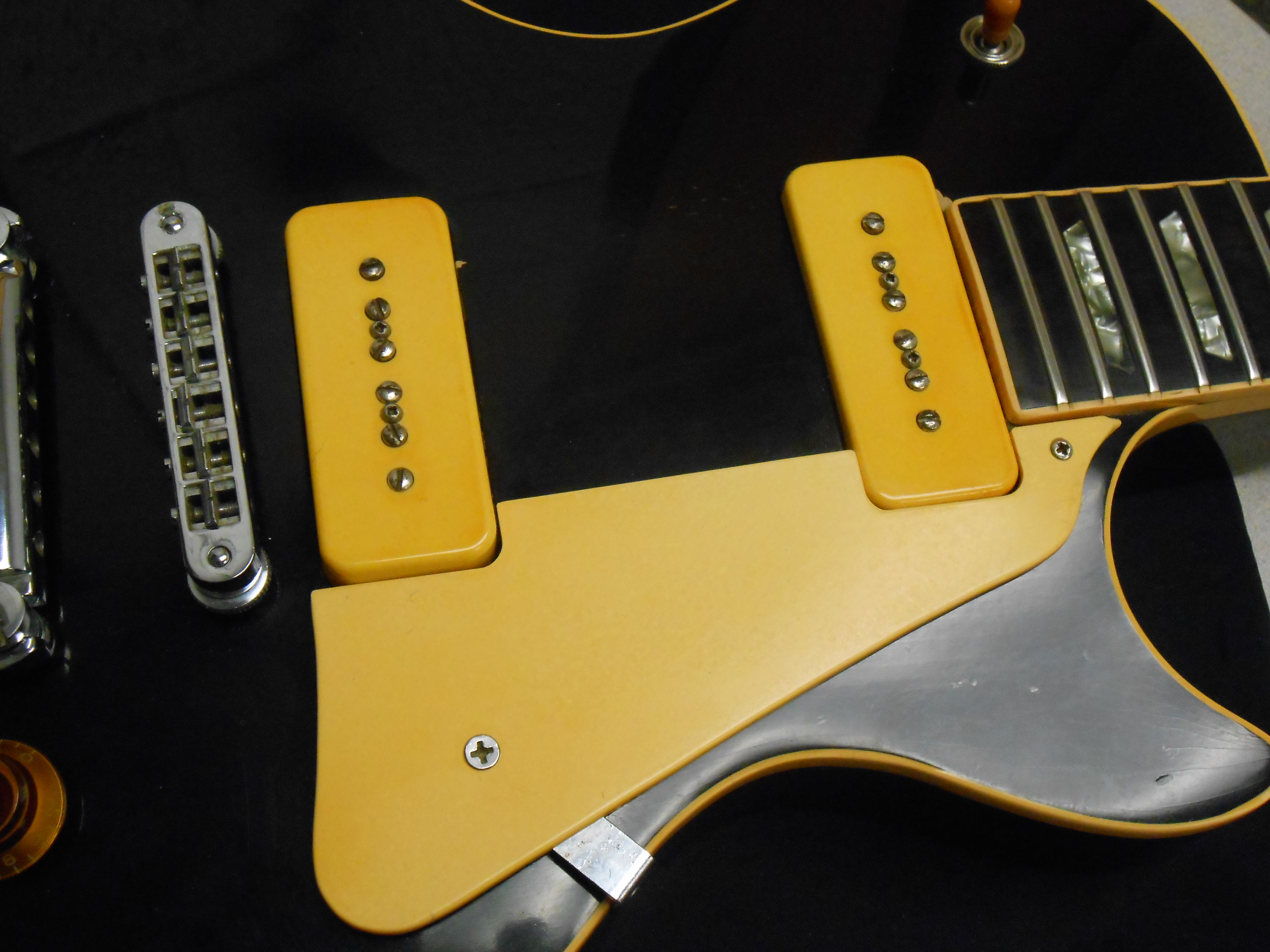 Tell you the truth, I'm shocked at how good a condition this is considering your description. For its age I'd consider this 'good' to 'very good' condition........and the absolute minimum of wear I'd want if I was buying an old guitar.
My 80 Deluxe has similar wear in terms of frequency but less in depth of marking and neck wear.....and my 75 Custom has similar wear. In both cases I wanted more......but as I was buying from overseas I had no way of knowing before I got them.

I always thought people bought Gibson secondhand precisely in order to get that authentic playwear.

Two years ago when I bought my '81 it had hardly a mark on it, bought it off the original owner who was old even back in '81.

Have to say I like them looking as close to new as possible, but lots of normal wear on an older guitar won't stop me from buying it if it's "the right one."

I almost pulled the trigger on one of these awhile ago...

VictorB said:
I almost pulled the trigger on one of these awhile ago...

Weren't no bargain, but it wasn't bad either. I actually thought someone would bid it up from me.

Played a lot of Nazareth back in them good old days.
Last edited: Nov 8, 2019

Great luck in my case. I'll take a solid piece of mahogany any day. Thanks for the info.

Damn, that thing is awesome, really like the color of the binding against the dark ebony board. That V by the neck joint is interesting though, no idea what could've caused it.

Horizon12 said:
Damn, that thing is awesome, really like the color of the binding against the dark ebony board. That V by the neck joint is interesting though, no idea what could've caused it.
Click to expand...

The binding caught my eye too.

The V in the neck, 'tis a mystery.

It's cool how the plastic on the pickups matches the binding so well. Even the switch tip is dark AF, looks awesome man. Those Norlin era guitars have some of the best coloring and aging IMO.

swampblues said:
I wouldn’t touch her except to play the heck out of her oh and maybe new caps
Click to expand...

Thought about that, but for what I play (jazz chorded melodies) 'tis good enough. I also like the fact that the electronics are untouched.

I had a 78 Pro Deluxe just like that. Bought it new in 78 in Temple, TX. Sold it in 84 in Springfield, VA. Played it in bars all over the Southeast US. Looked exactly like that. Same yellowing from mostly smoke from clubs. Had an Anvil case. Smelled like an ashtray... Great guitar. Rebought a 1980 Pro Deluxe in 2013, but doesn’t have the mojo yours has. I don‘t smoke or play out much anymore, so it will probably never get as beautiful as that. BTW, under my 80 truss rod cover are the initials LBO. Builder most likely.

Damn, that's badass! That's the second black Pro I've seen in that last couple weeks, and now got me jonesin' for one. Congrats on your new axequision.

looks like "tobacco aged" is what i call em...

my 72 GT is tobacco aged as well with only a tint of the smell that goes with it...