My first ever vintage guitar experience was with a 1969 Gibson Dove acoustic that was in a shop in Huntsville, Alabama in the late '90s. I just happened to stop in there while I was off from college visiting my parents. It was the best-playing acoustic I've ever played. The action on it felt like my Les Paul (Studio Lite at the time) and it just had that really crisp, tight-sounding zing that, for me, is the prototypical Gibson acoustic sound.

I really didn't know anything about vintage guitars at the time and asked my dad to come back with me to get his thoughts as he is a hobbyist (but avid) carpenter and knows a lot about wood, etc. He was pointing out all of the finish checking and (long story short) kind of spooked me enough that I didn't end up getting it.

Over the years, I always regretted not buying that Dove for $995 (asking), but for whatever reason, never seriously sought one out either. I kind of thought that whichever one I got wouldn't live up, especially given how time tends to make the memory of something like that even better than it probably actually was. I played a handful of newer ones in stores and they didn't have the same feel or sound to them.

Anyways, I saw this 1968 Dove posted by Lovies Guitars a few weeks ago and for whatever reason, it really reminded me of that particular guitar. In actuality, this one is probably in considerably better condition, but something about it really grabbed me. I went back and forth with them and even though I never got a chance to play it, their descriptions of it to me made me decide to go for it.

I was a little worried that it wouldn't live up to my own internal hype, but I'm absolutely thrilled with it. From the first strum, I could tell that there must be something to that ABR-1 in there that not only makes the action and intonation really great, but adds a bit of zing.

It's all original except for possibly the nut and the saddles (just my supposition as it was listed as all original). The fretboard is really nice and dark. It does have the narrow nut width that you would expect, but I kind of like that for this guitar as it separates it in feel from my other two Gibson flattops. It's in really great shape except for some surface checking in the lacquer (...Dad!).

Enough with the novella, here are some pics that I took over the weekend. Enjoy! 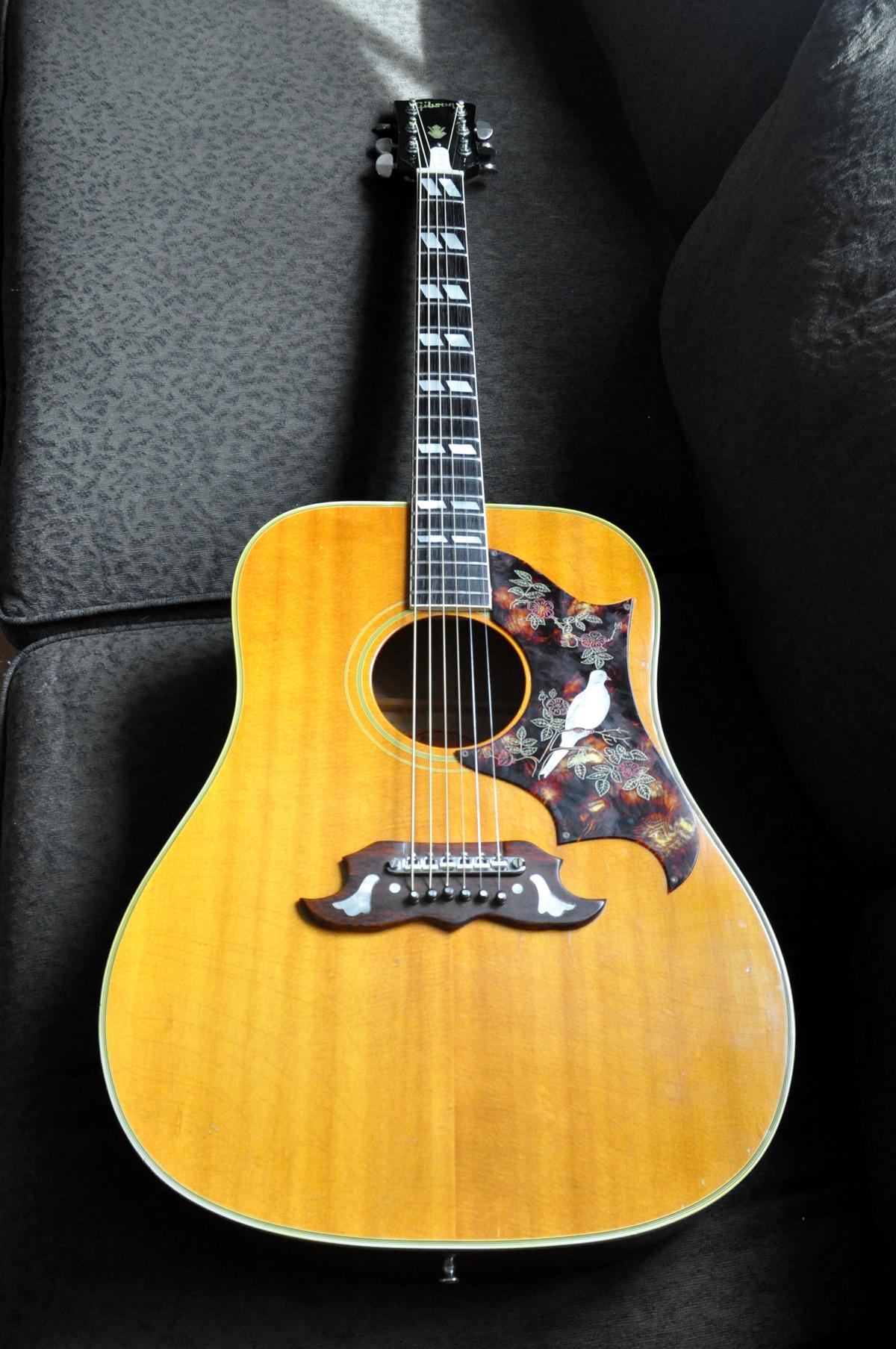 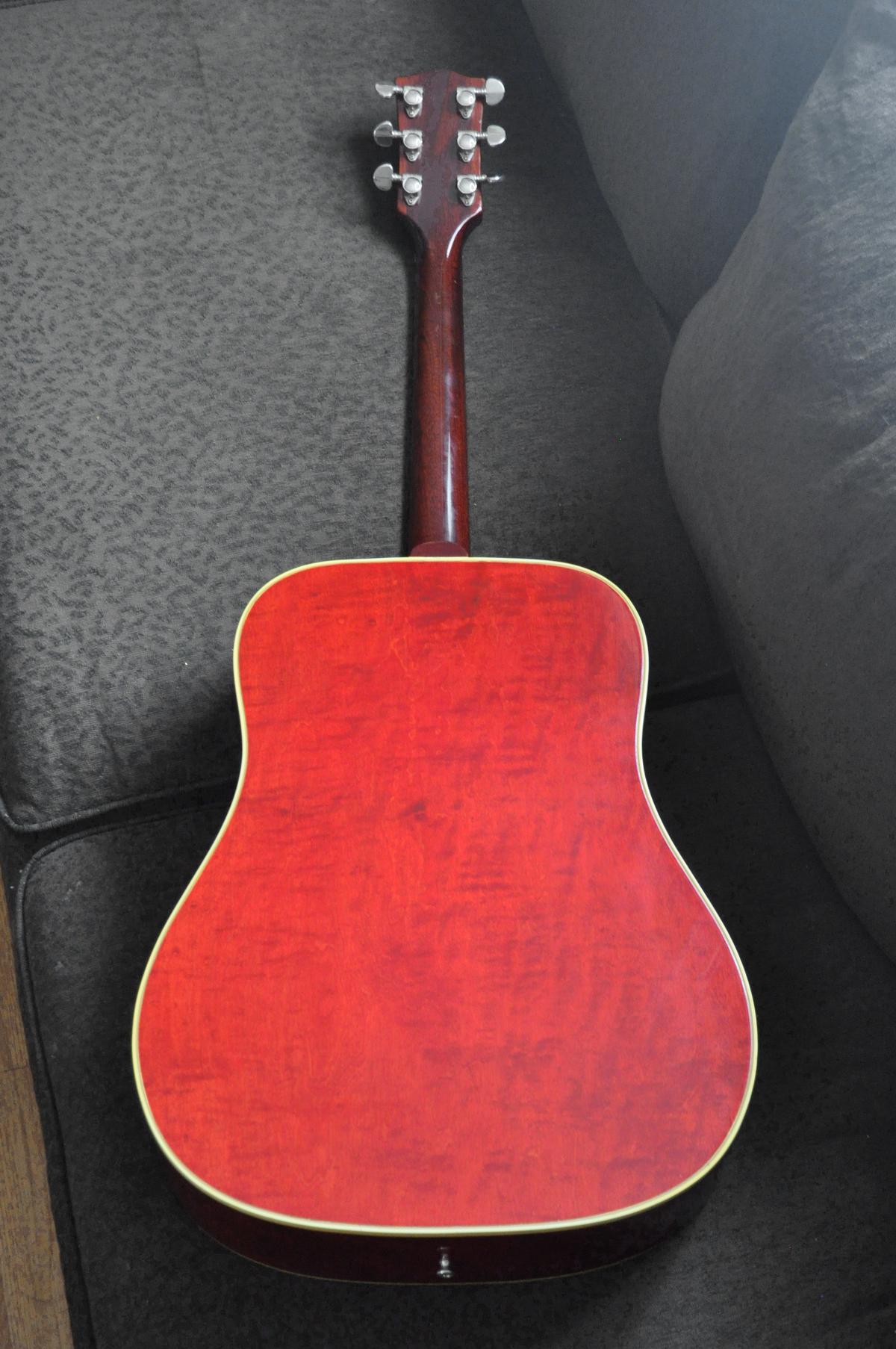 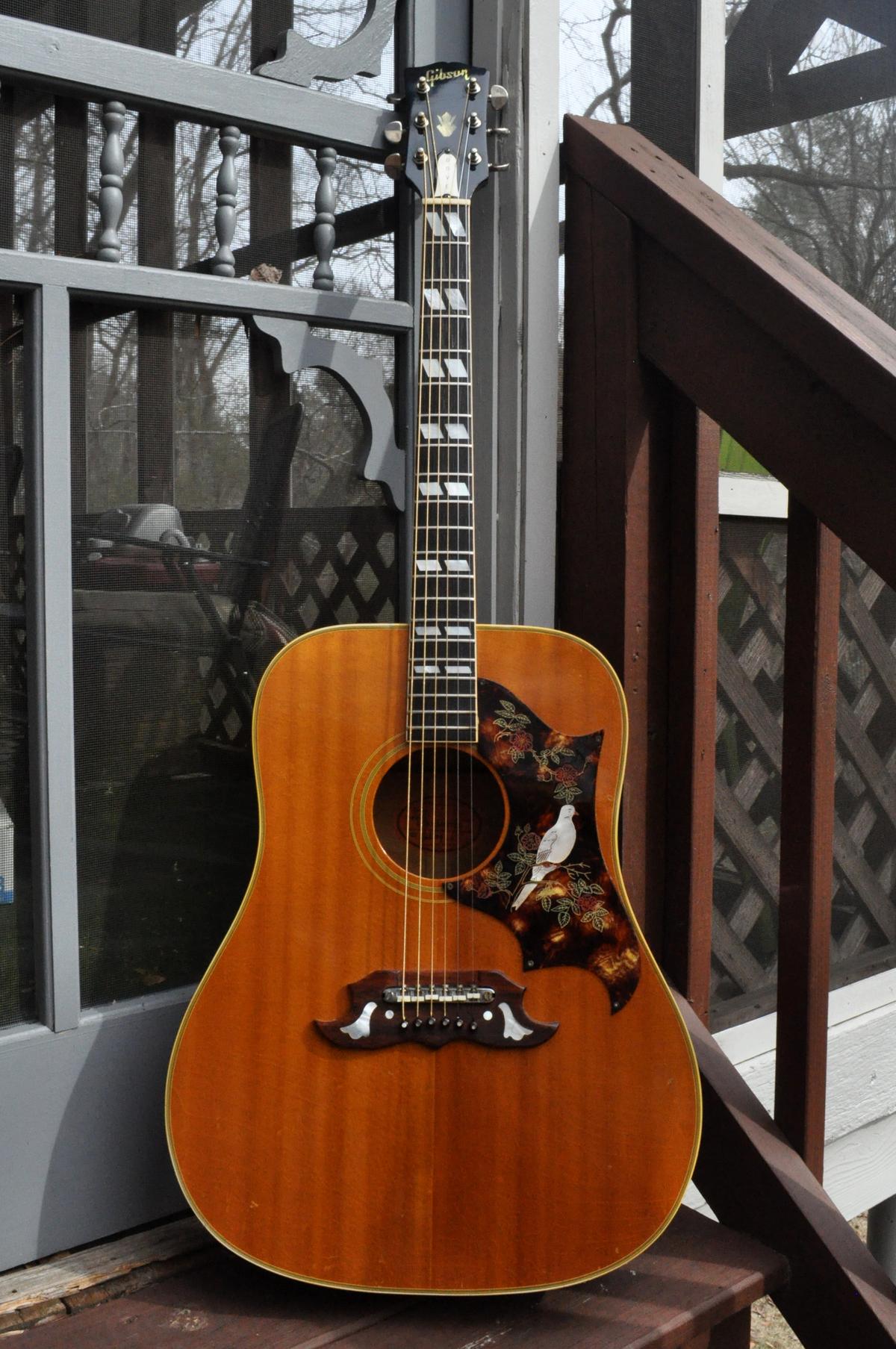 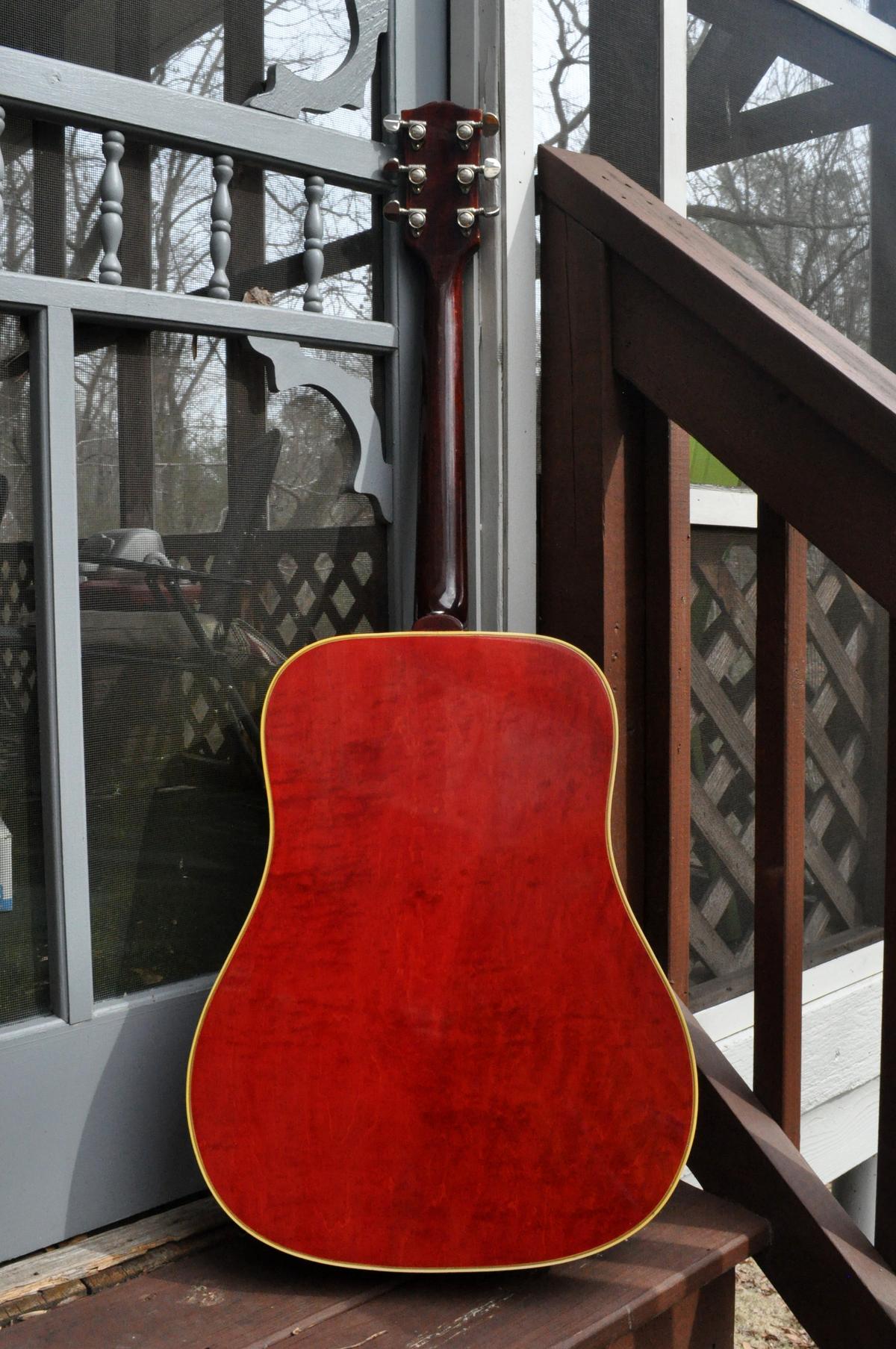 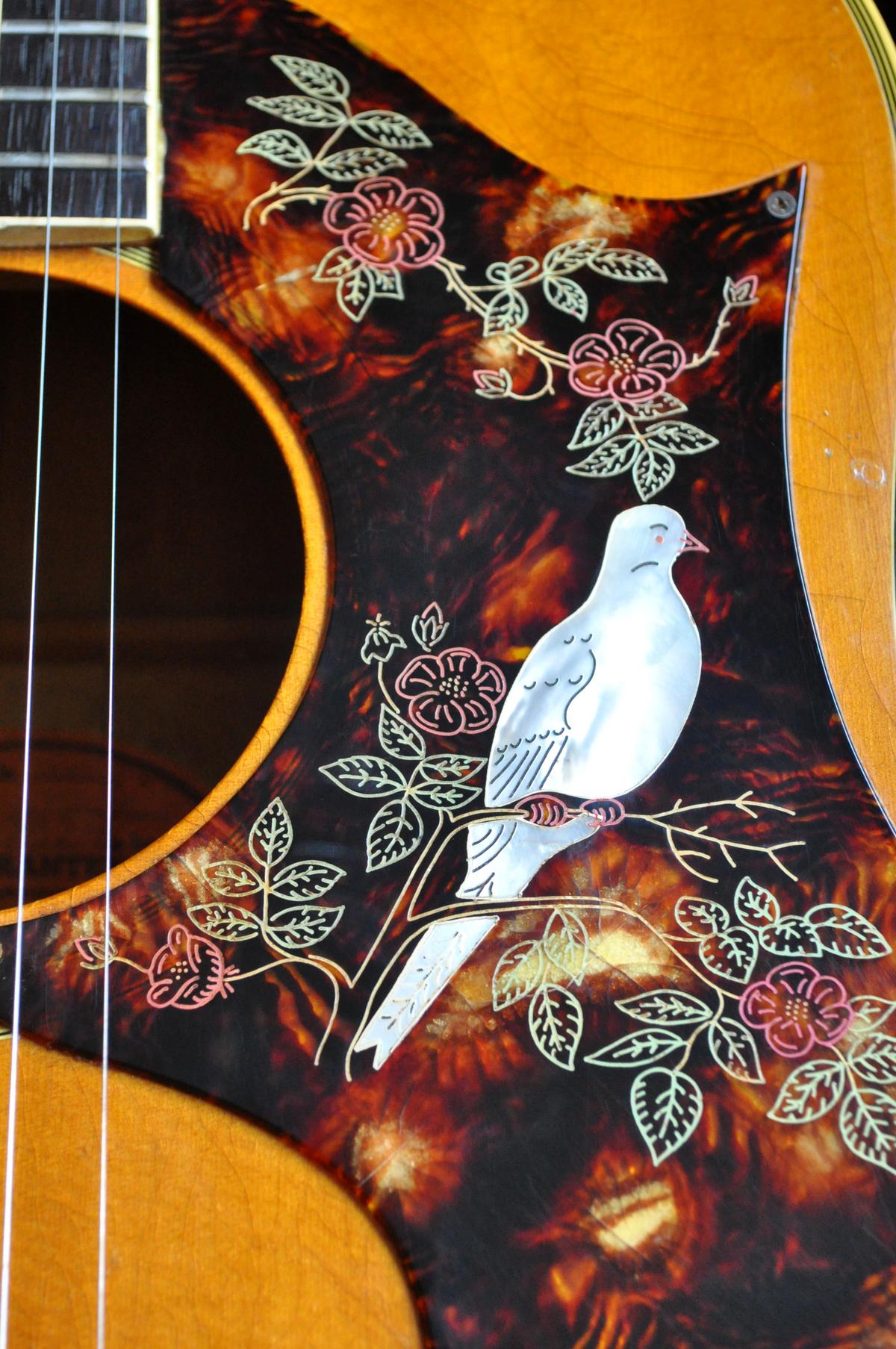 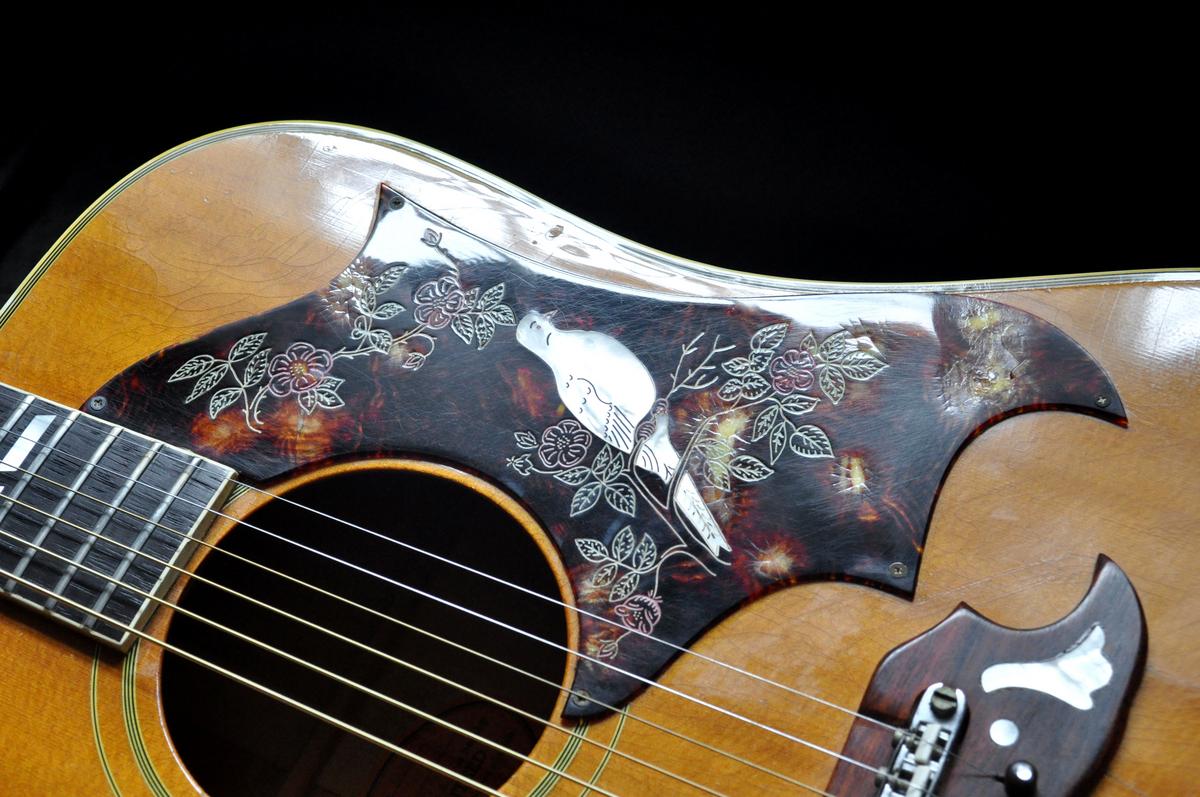 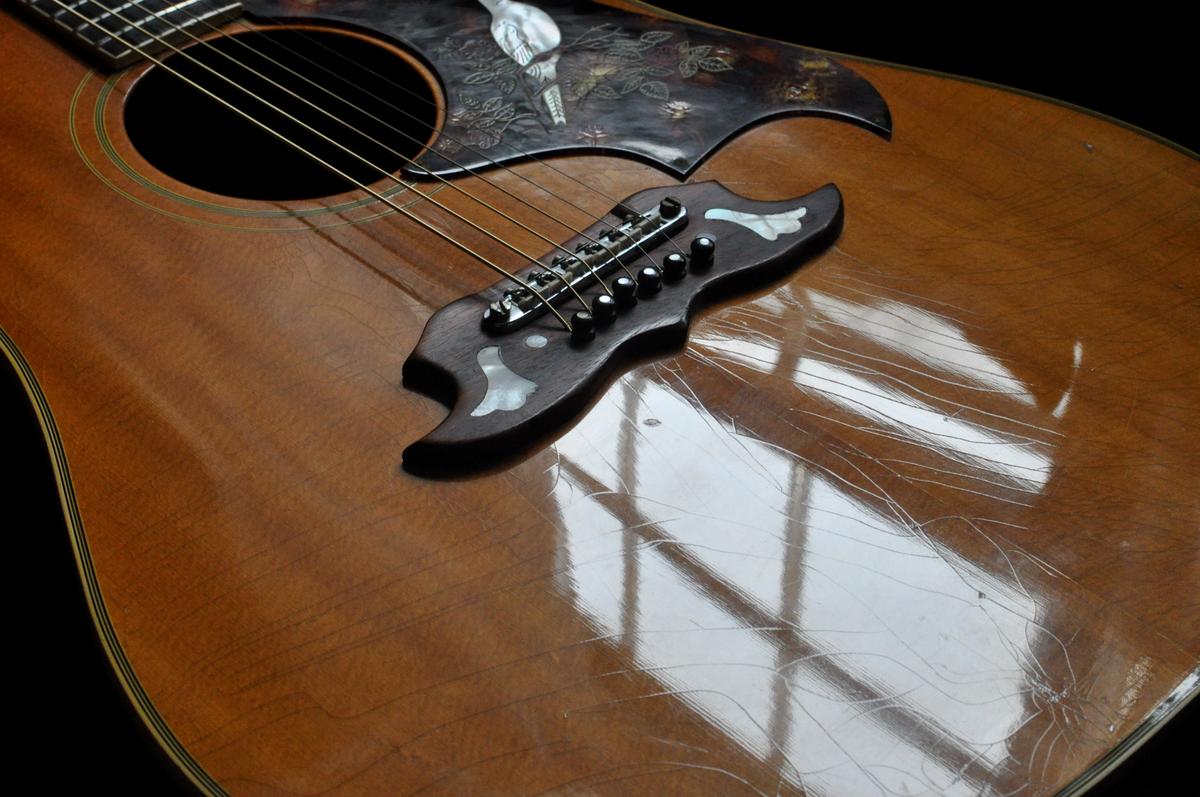 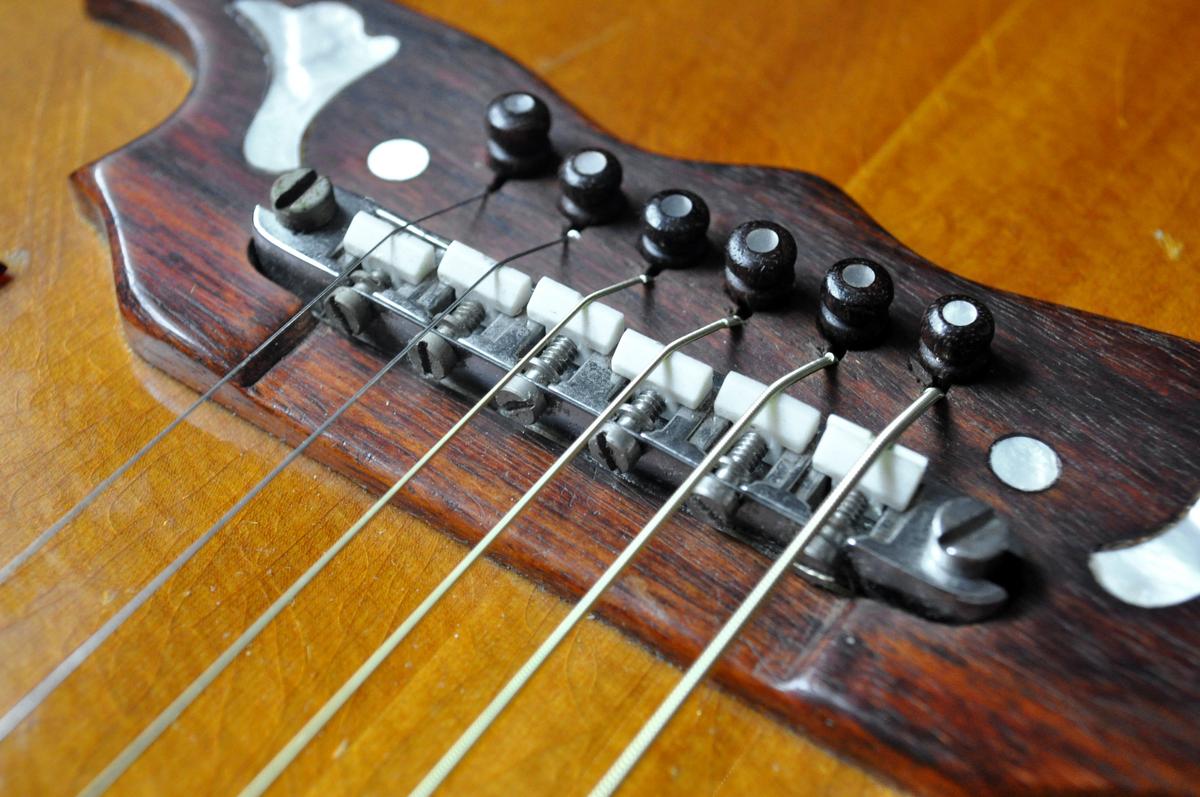 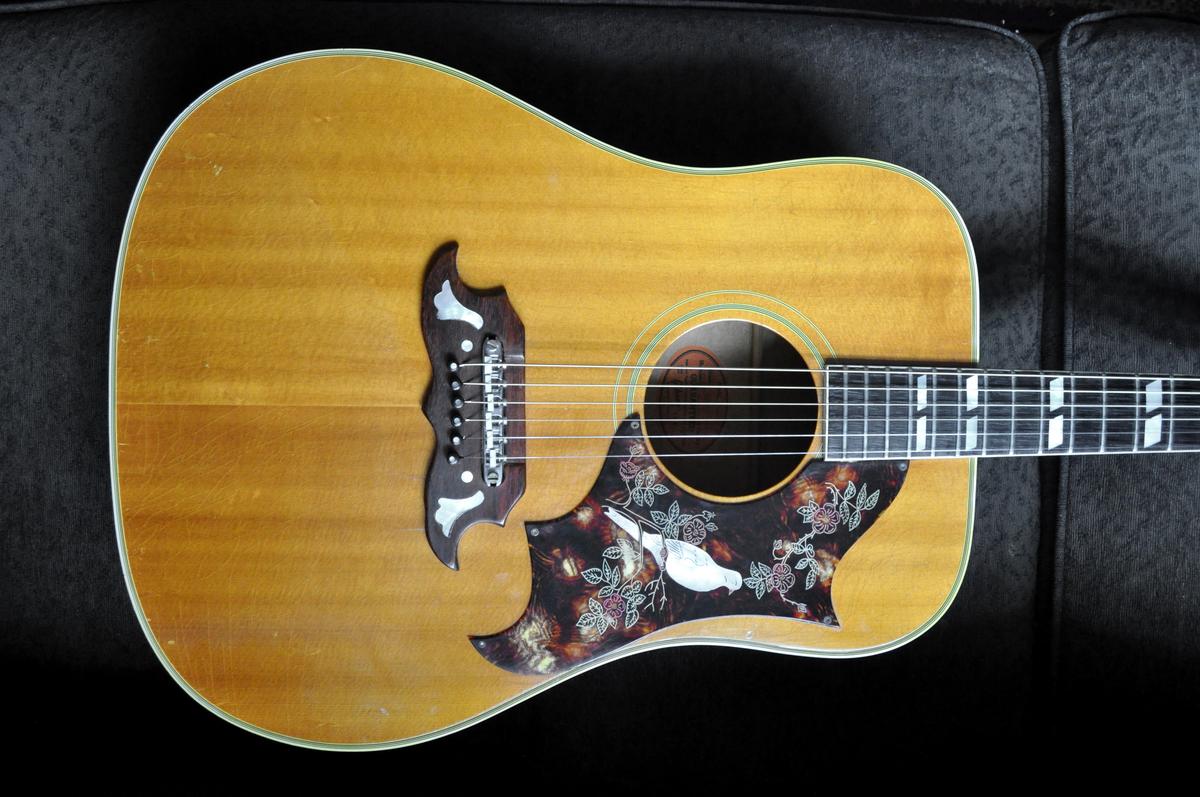 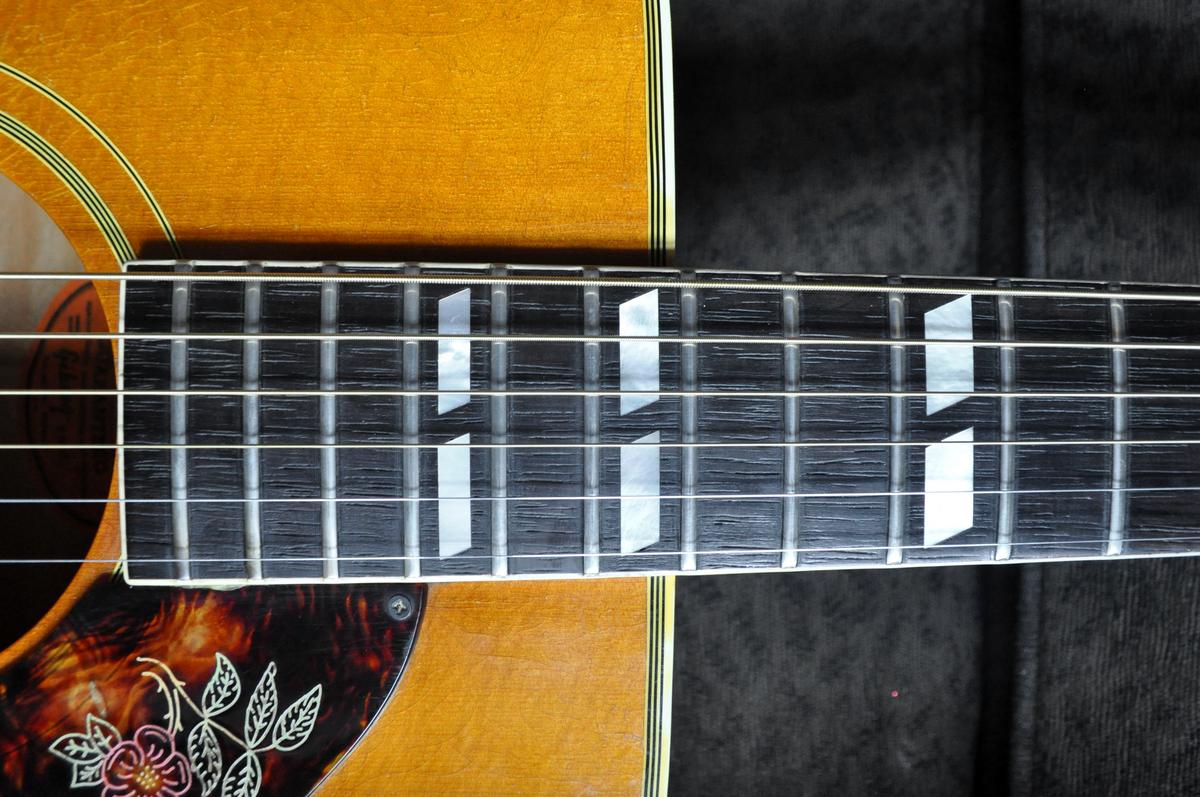 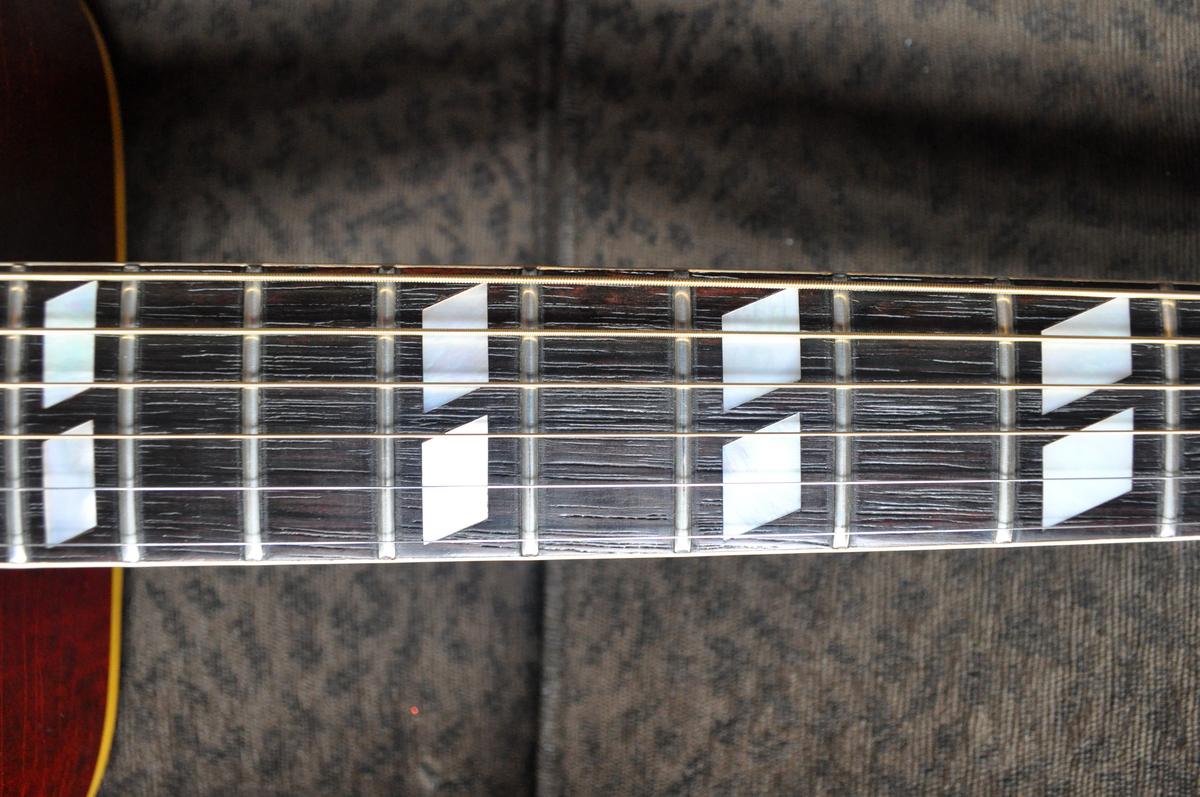 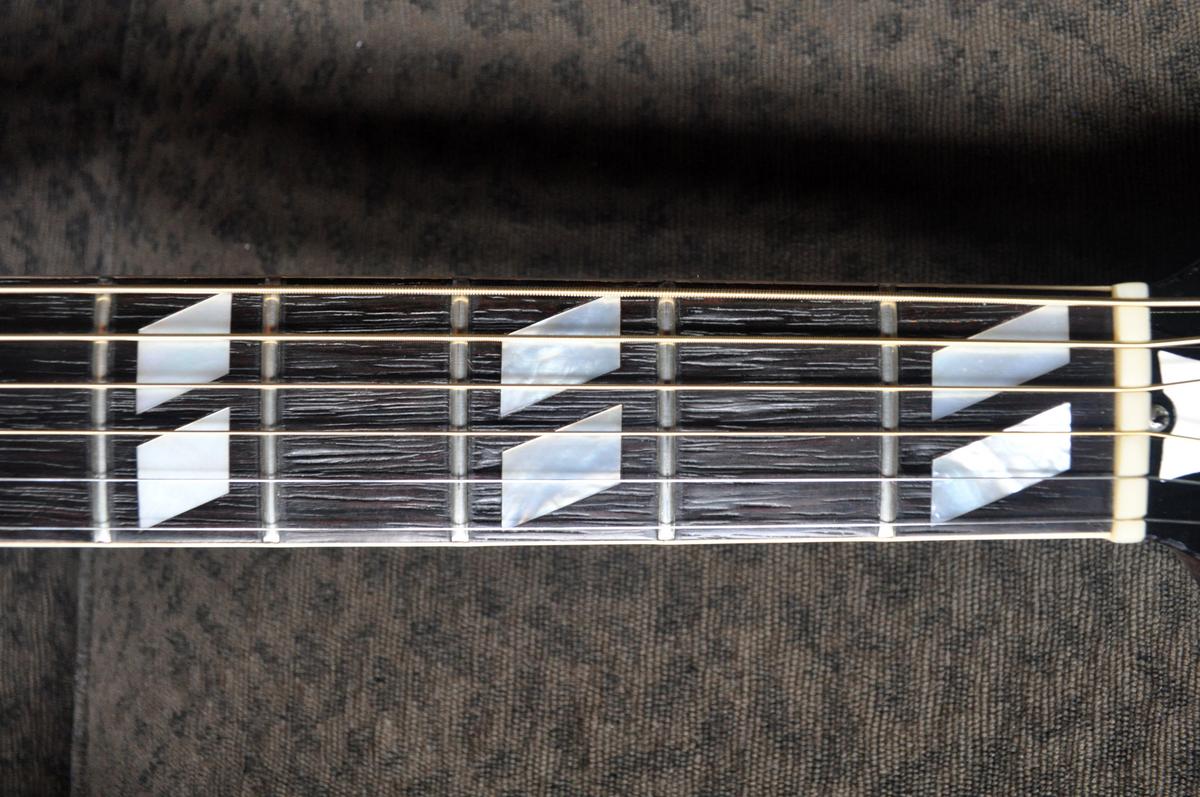 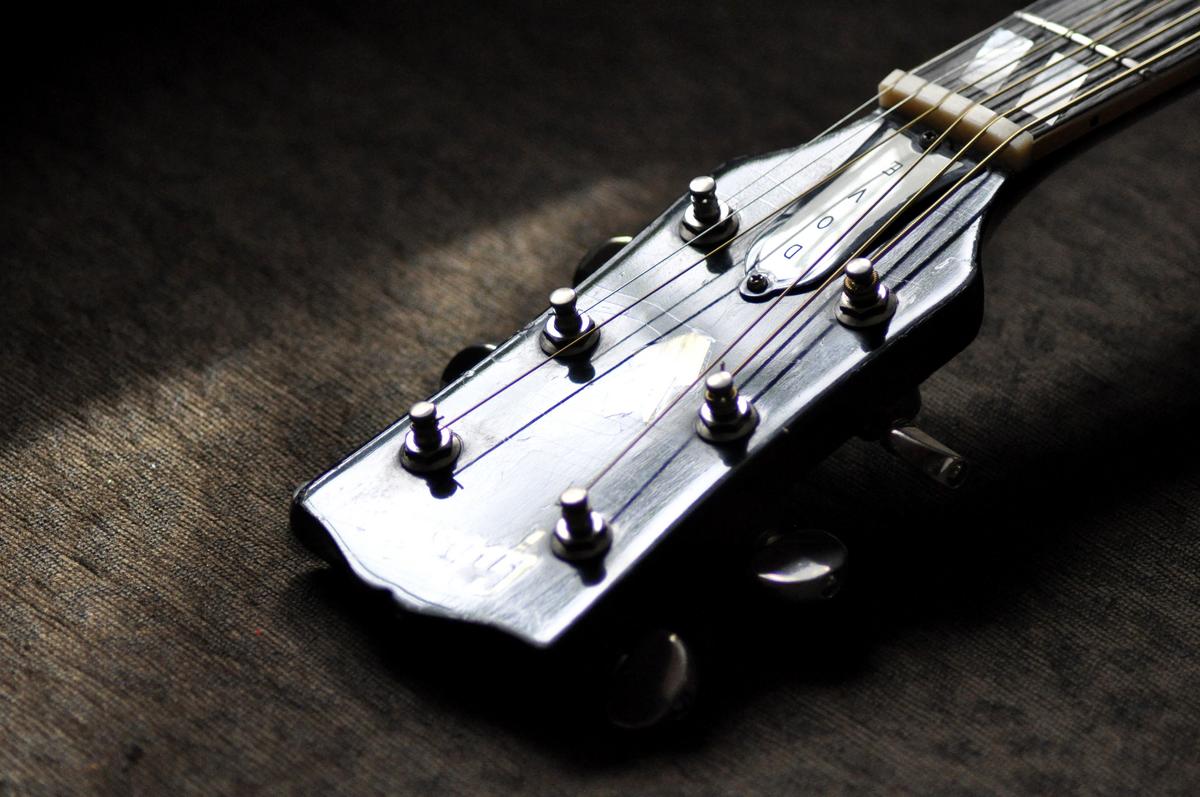 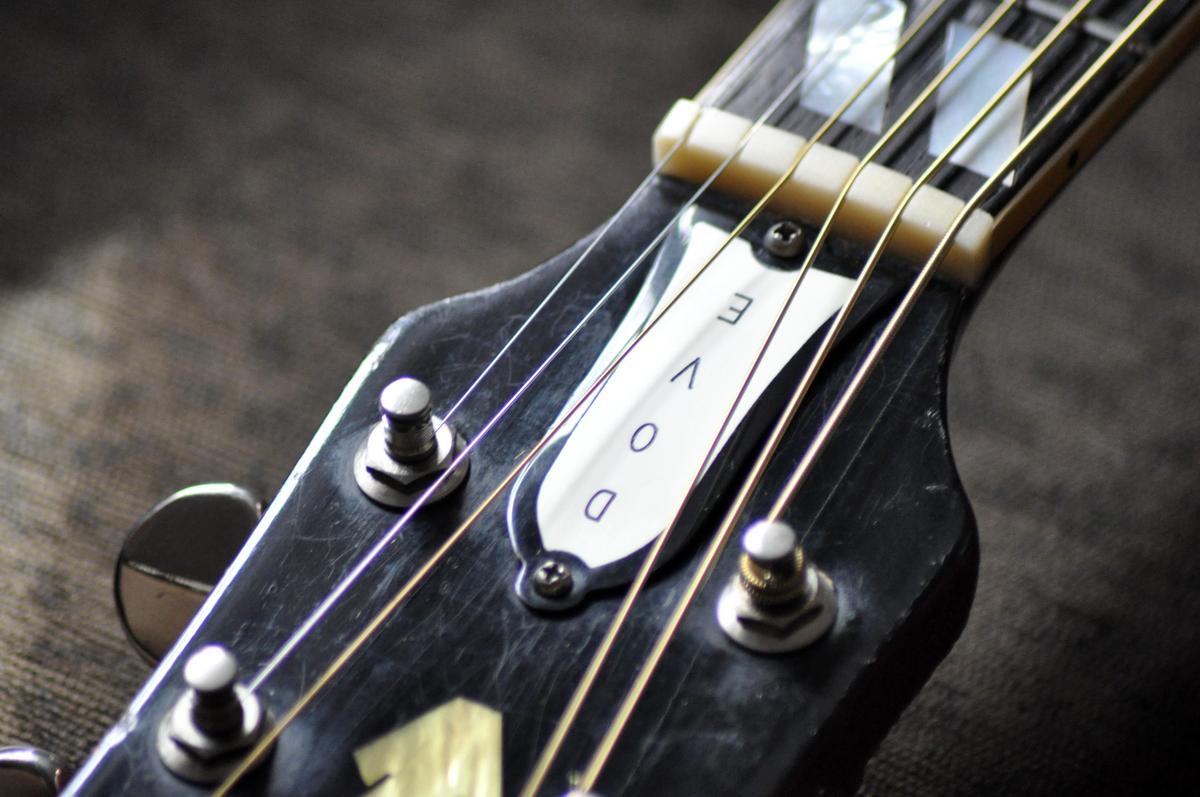 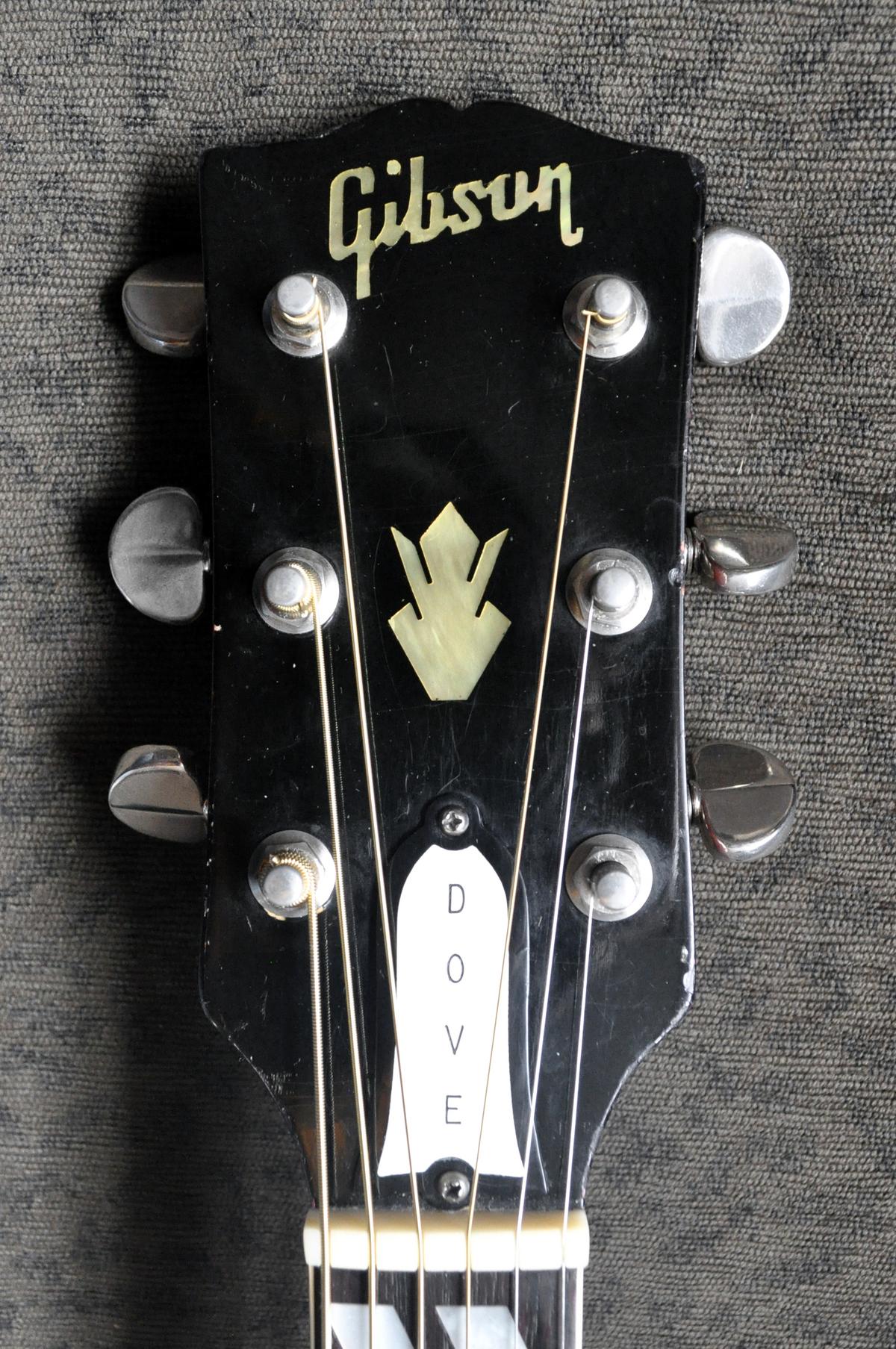 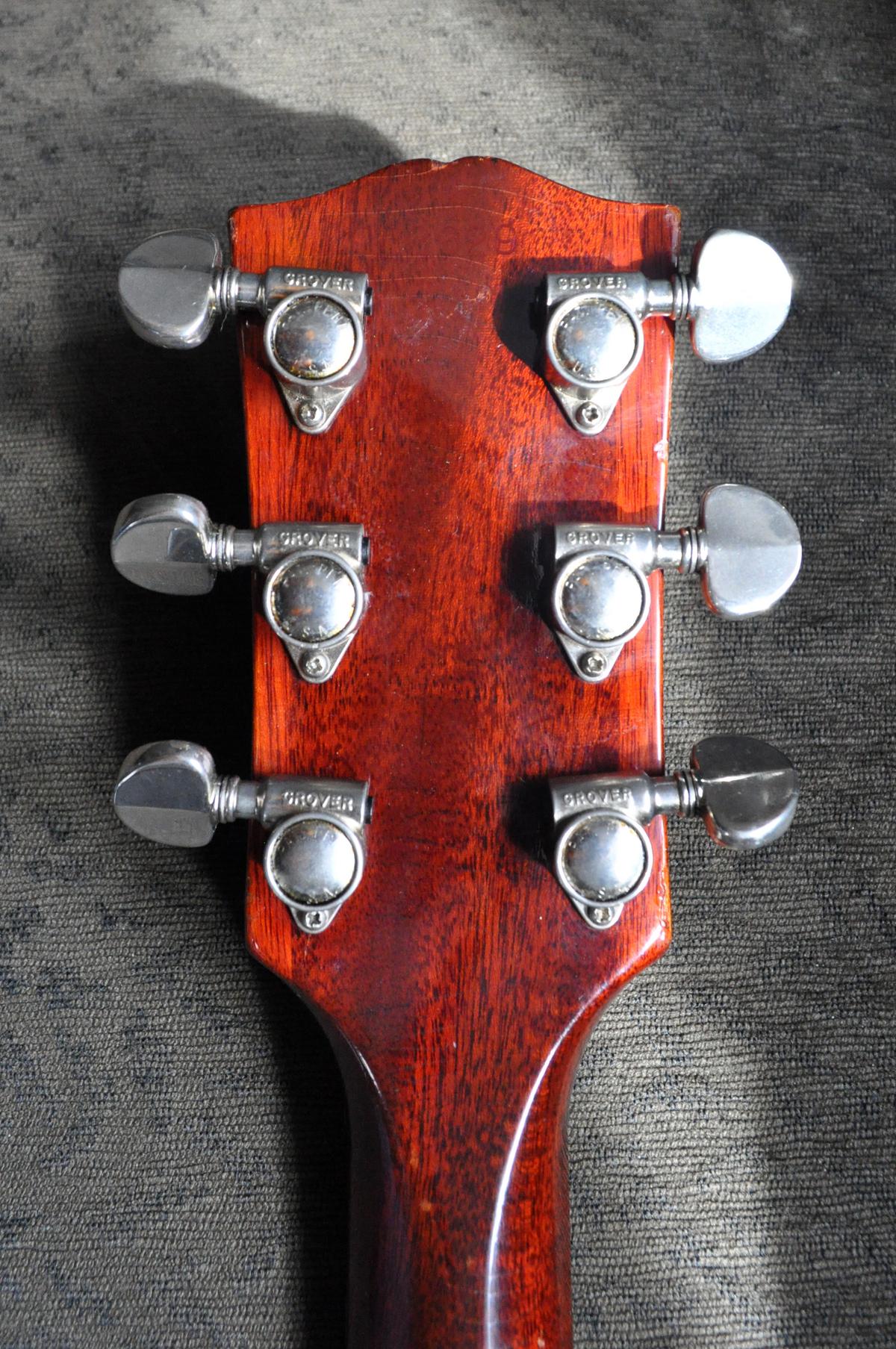 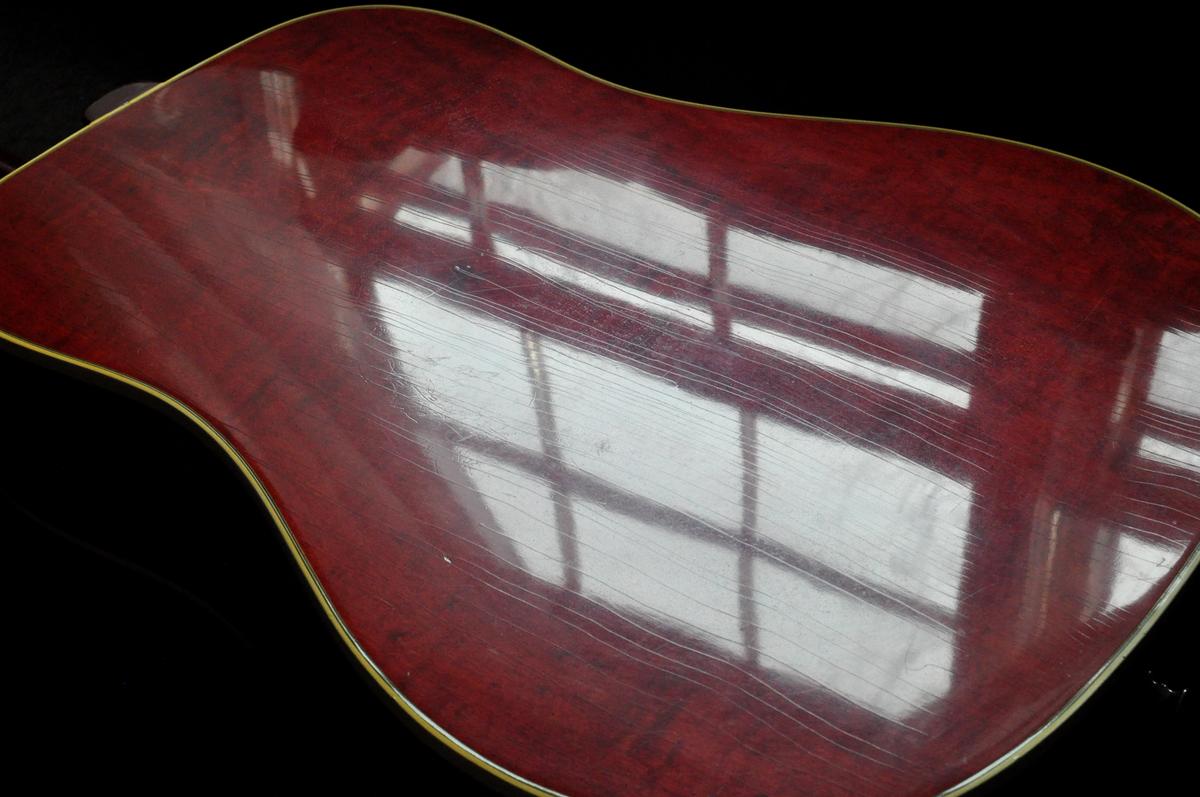 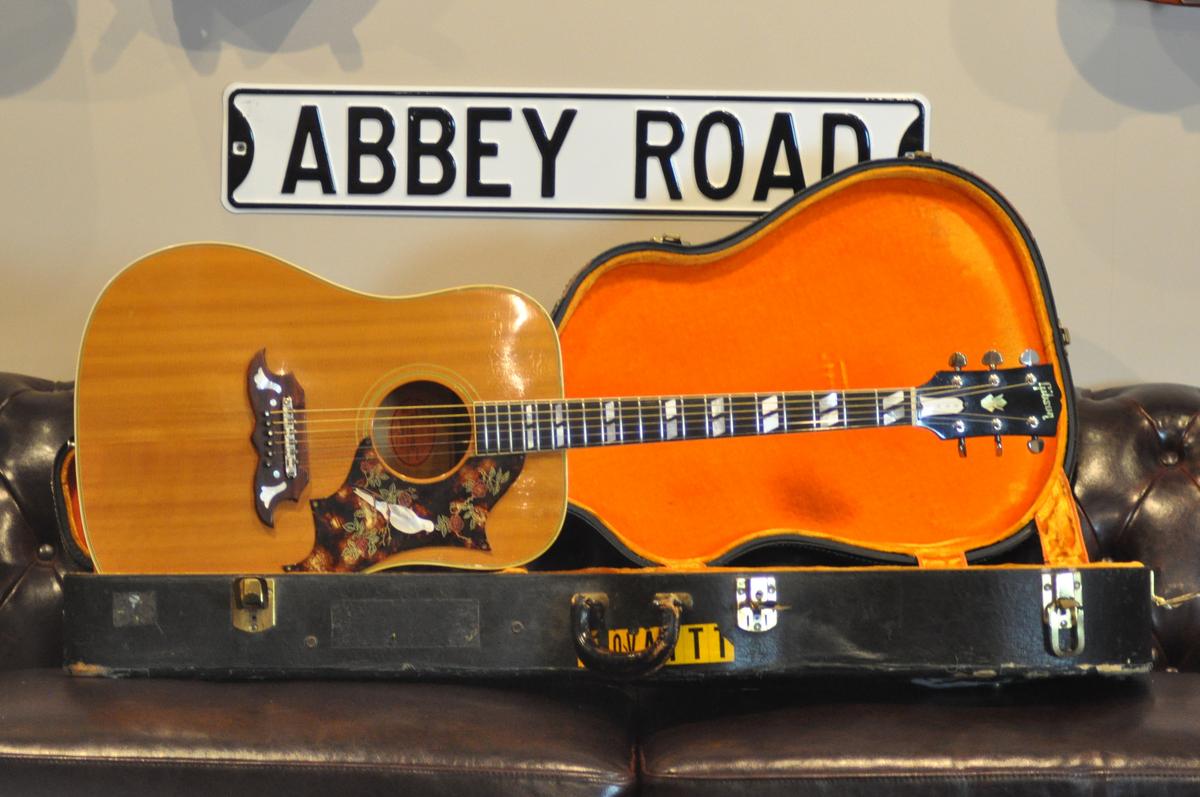 Here are some dealer pics, which are much better than mine... 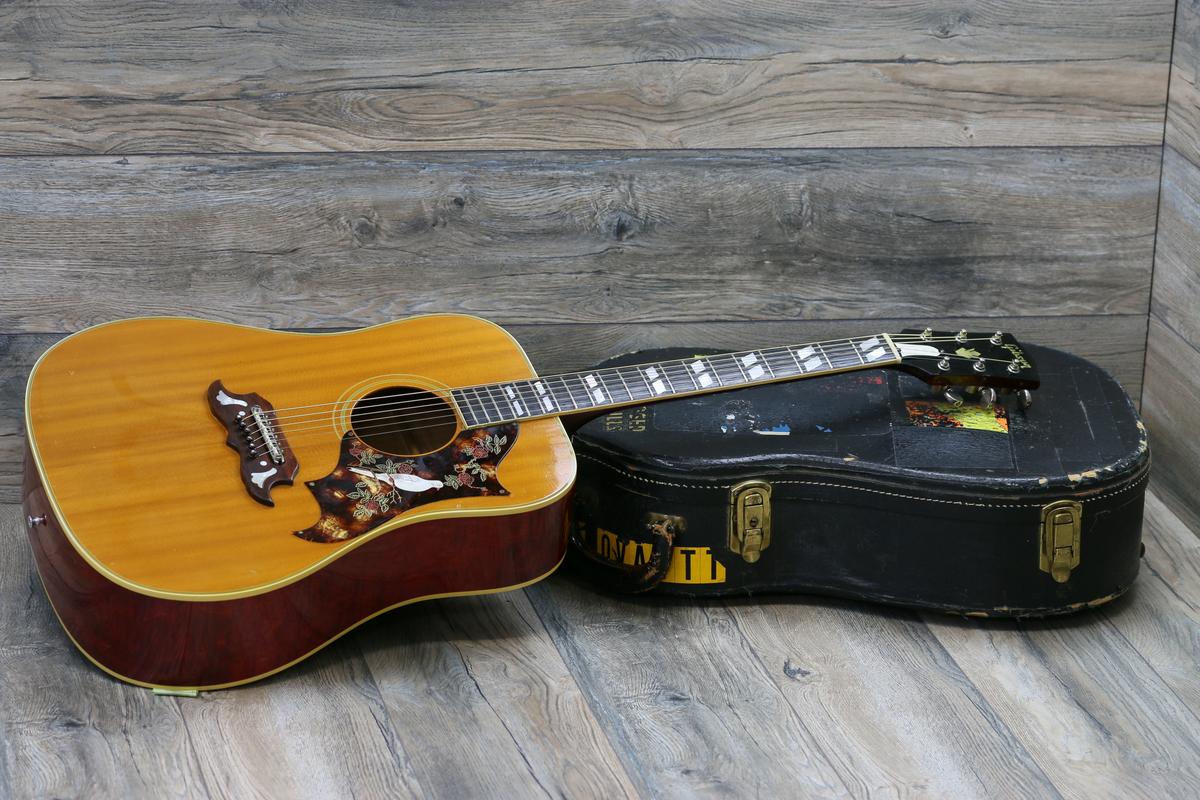 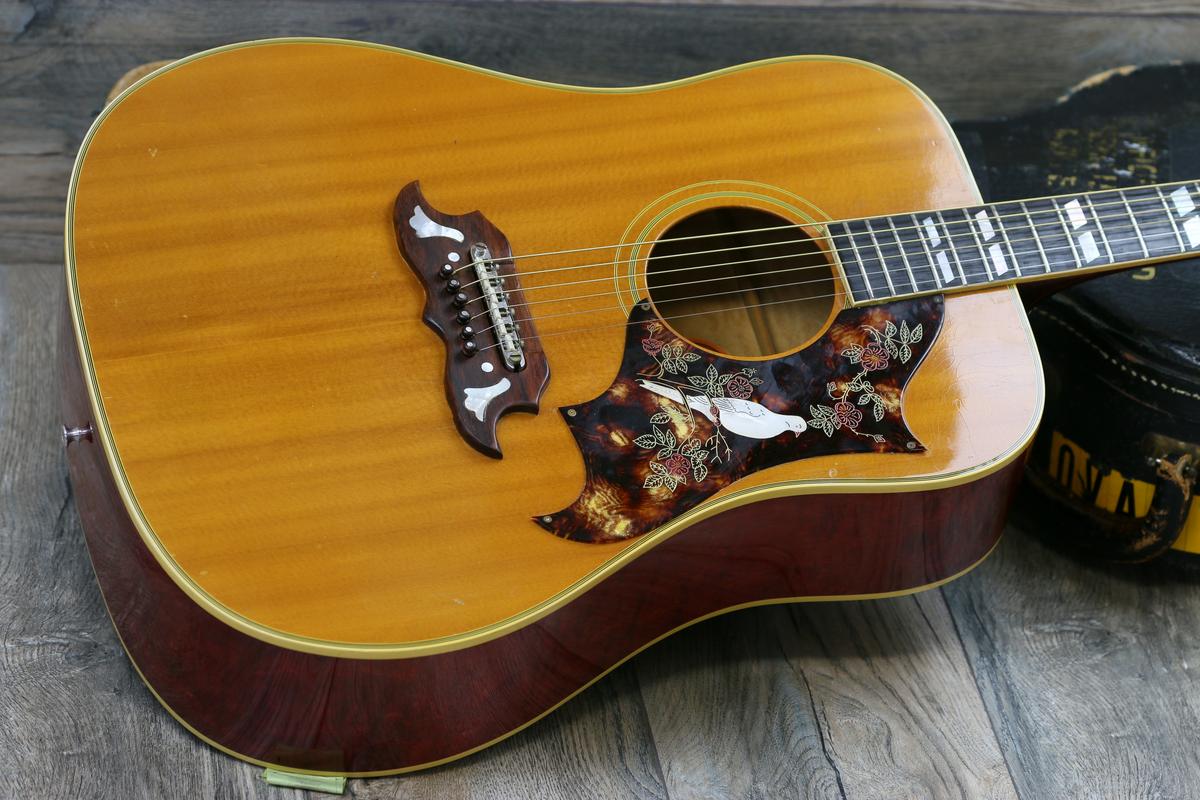 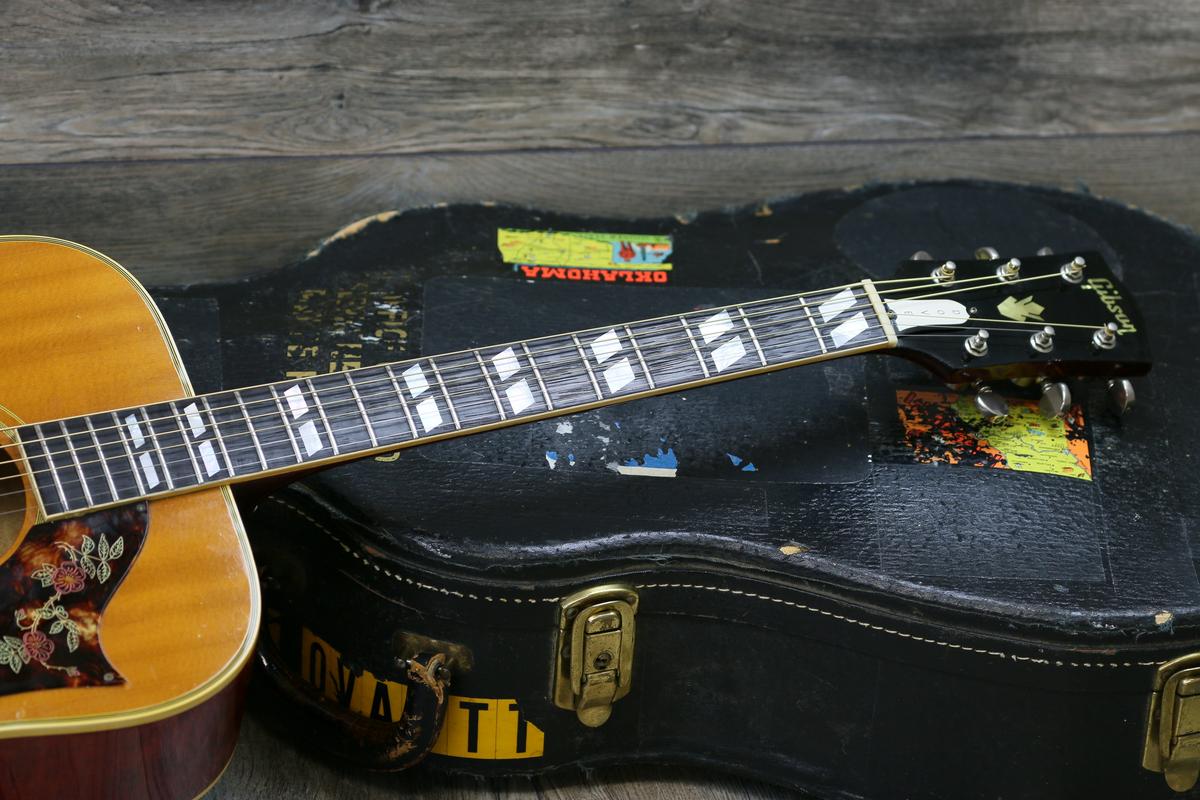 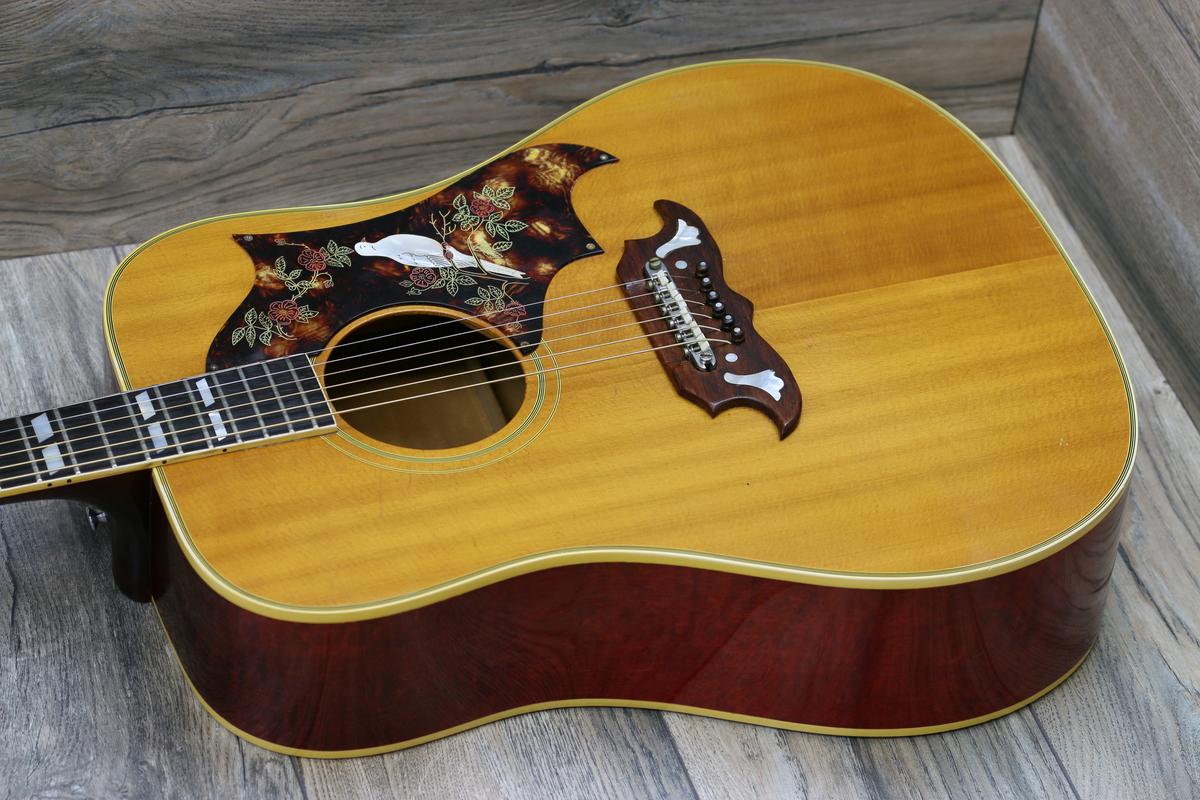 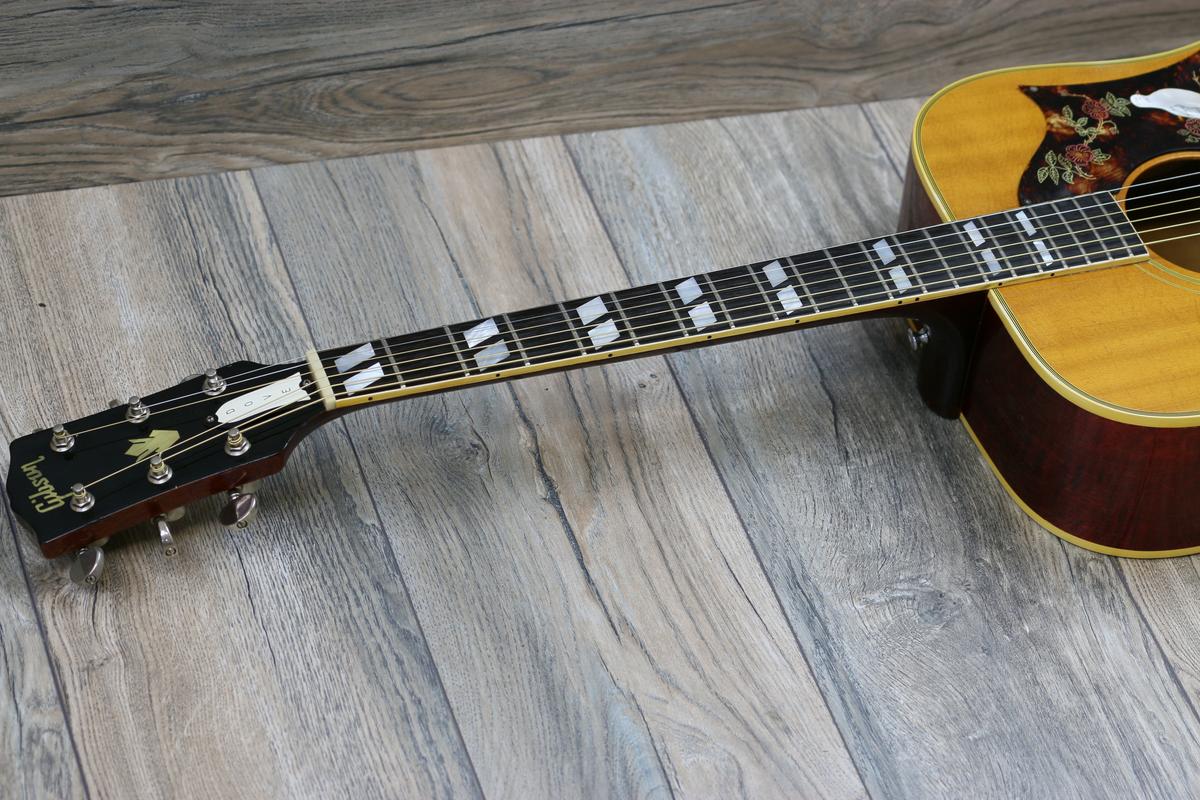 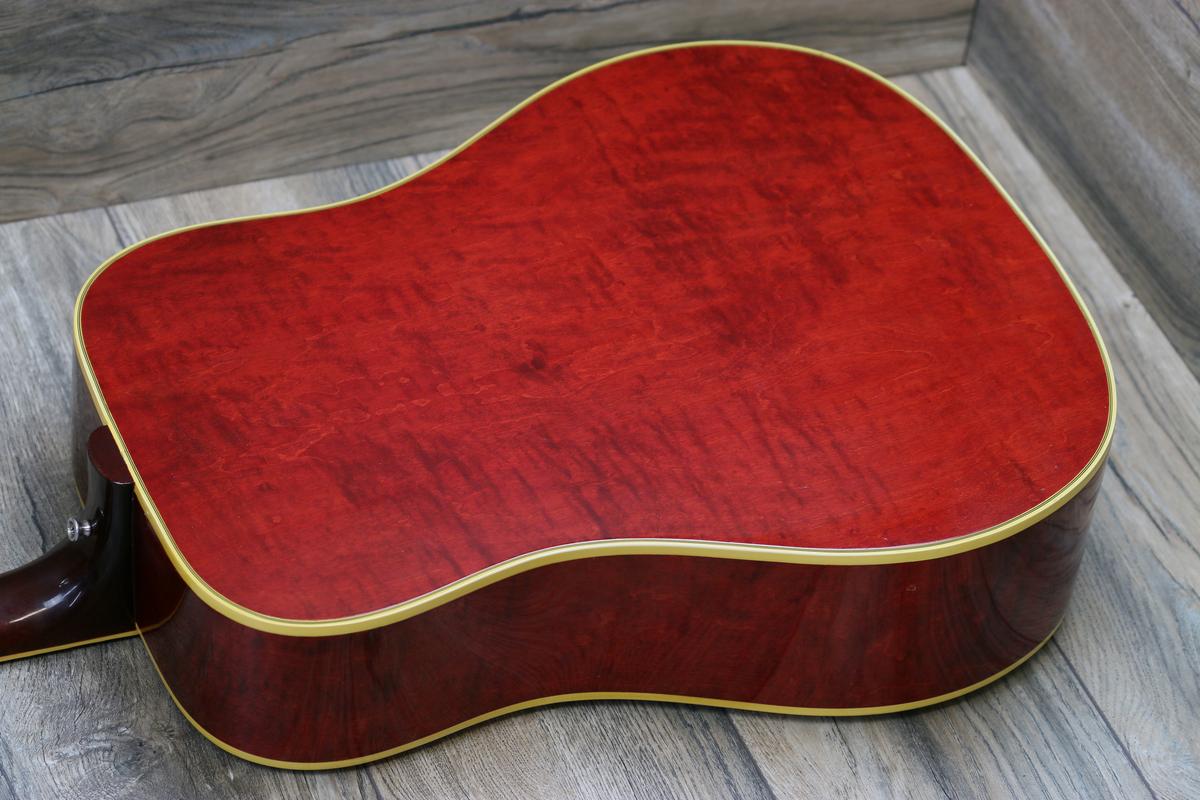 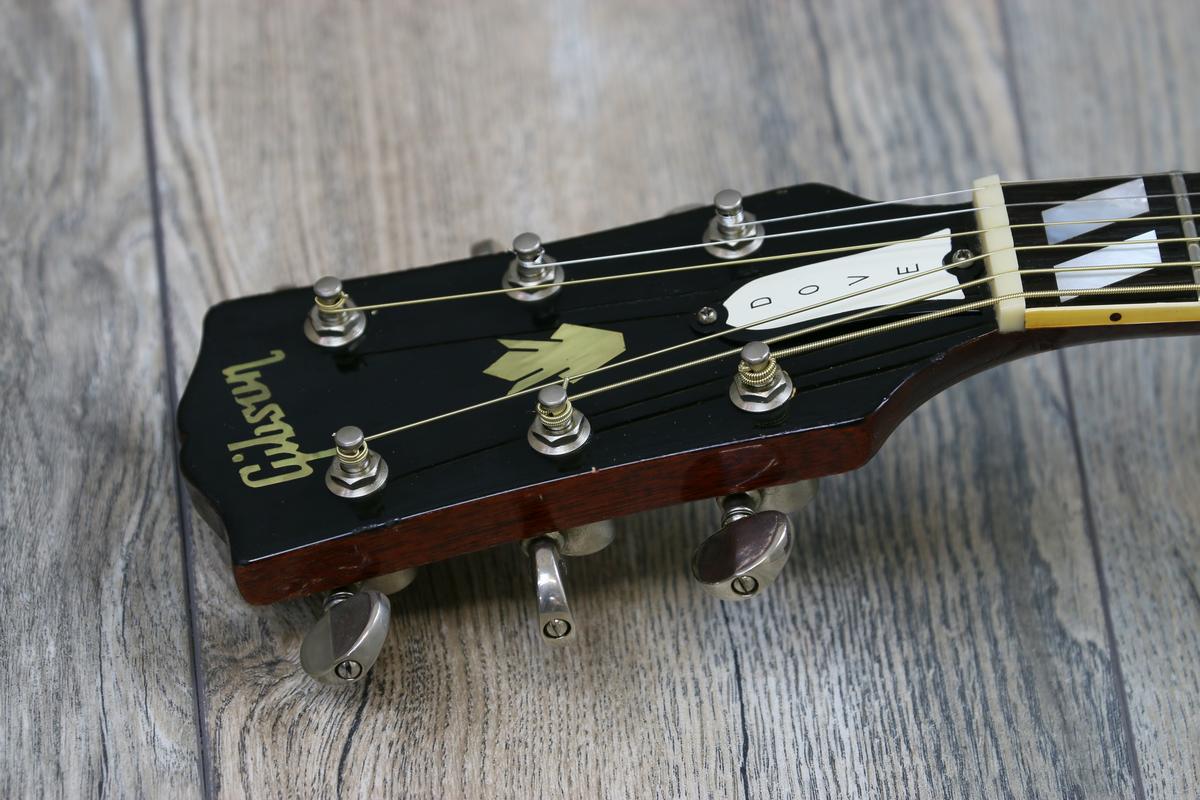 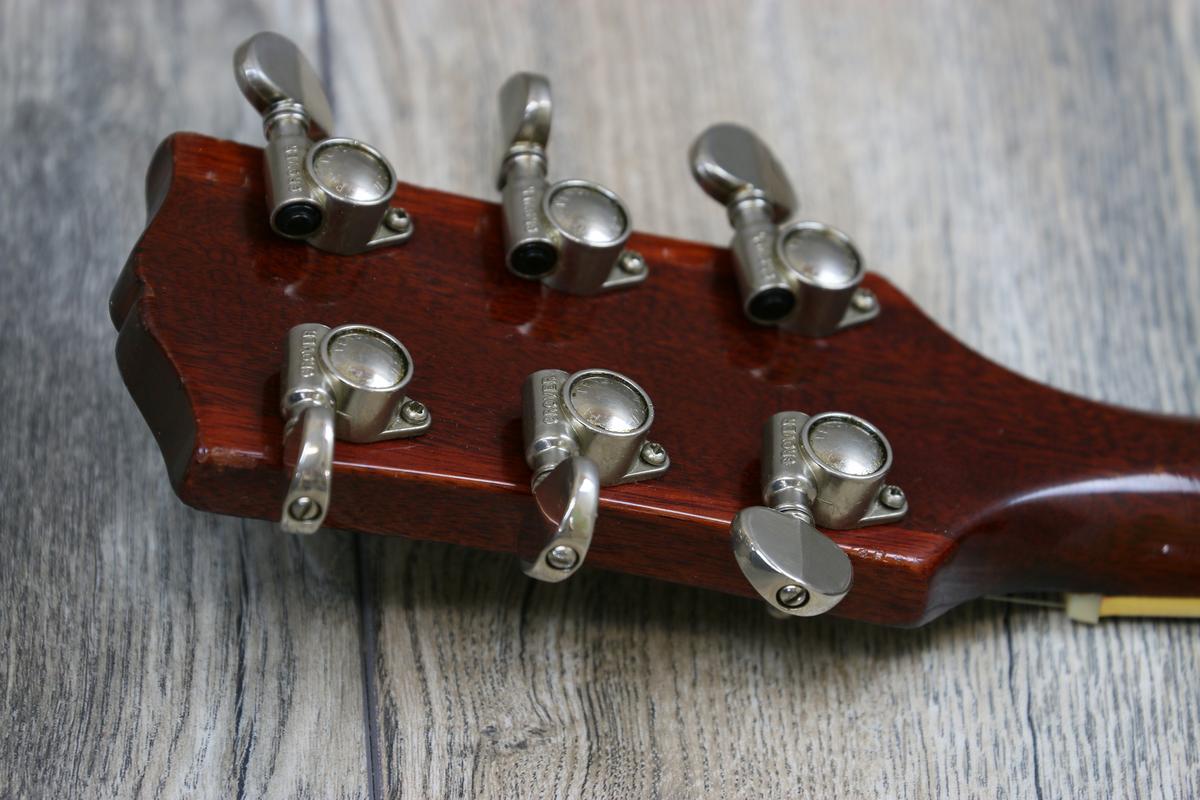 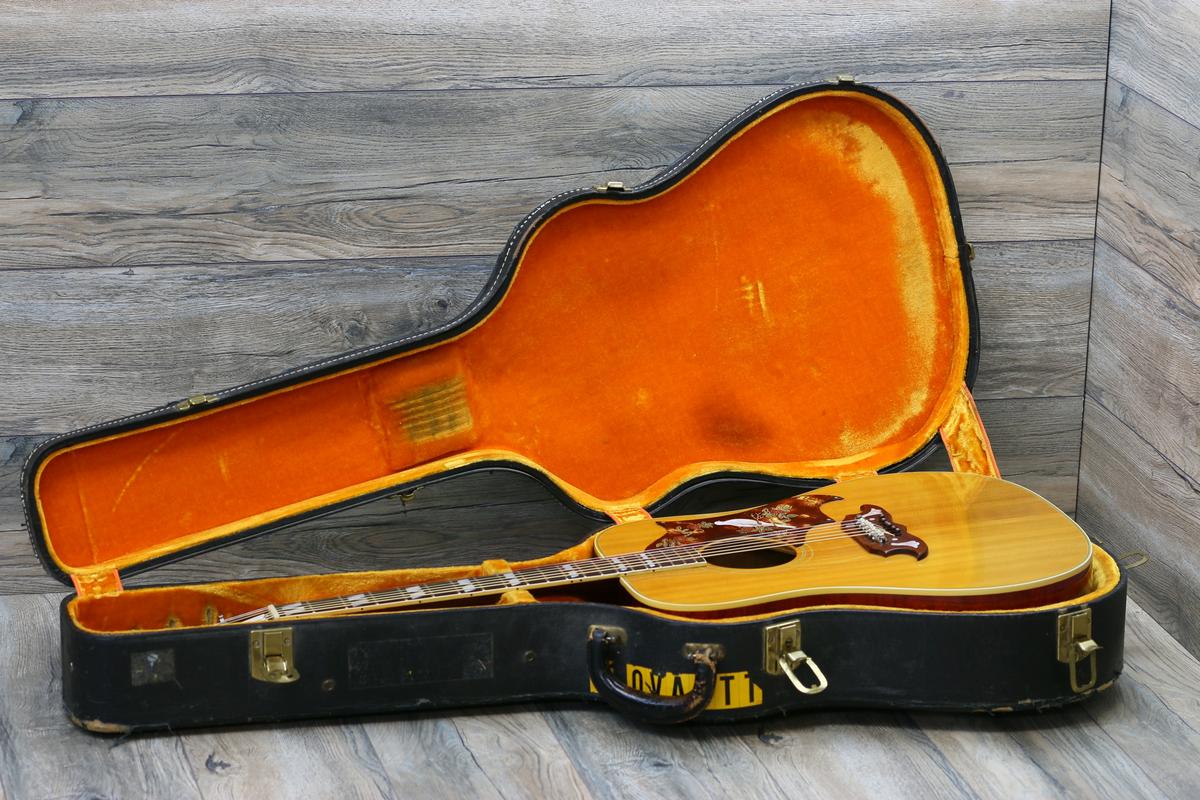 Here it is with its older cousins...

Fantastic! I hope it gives you many years of enjoyment!
Rick

Is the ABR original to the guitar? I haven't seen them on Doves before today, but I'm far from beeing an expert

Is the ABR original to the guitar? I haven't seen them on Doves before today, but I'm far from beeing an expert
Click to expand...

Thanks. Yes, that's original. I believe all Doves have them (from the introduction in 1962 and throughout the '60s at least). Gibson put them on a lot of their flattops in the '60s, including the J-200.

I have a brass nut and a brass bridge (not on in this picture)
Click to expand...

Congratulations. Good played Doves are hard to find. If the ABR seems to make a zing-y tone, that's great if it appeals to you, but it comes less through addition and more by subtraction of mids and lows, making the ABR bridged Gibsons relatively dead instruments. IMO, this is why they are so popular for rhythm and recording under vocals, because they are rarely boomy, do not offer an avalanche of competing overtones, and provide a well-balanced, chordy rhythm. Personally, I would remove the ABR an convert to a standard bridge, but that's because I don't sing and play a lot of lead parts. In any case, the Dove is one of the all time great looking guitars, and yours is gorgeous, with nice sharp, clean lines. I wouldn't lose any sleep over the crazing. Comes with the territory. Better than having a soft finish.

I had an early '70s Dove. No ABR. It was produced before Gibson acoustics went to shit for a while. I saw one from the mid '70s and it was not as well made as the one I had. It was also my first expensive guitar and sometimes I wish I knew where it was.
You must log in or register to reply here.
Share:
Facebook Twitter Reddit Pinterest Tumblr WhatsApp Email Link