I was looking at a used Gibson softcase at 30$ but found out that even if it was genuine, it would still be rubbish.

But today this story got a happy ending

A store in my town is relocating and they have a "moving in" sale in 2 days but they are already moved in, so I visited them and asked if there was any cheap Les Paul cases coming up but they didn't have any on their list.
However one guy remembered seeing some cases with a ? on them. They were new cases which were left behind by the new owners of guitars, either forgotten or just left, because they bought other cases. AND it turned out to be genuine 199 $ Gibson cases. But they were not registered anywhere, so could only be sold by contributing to their coffee and cake box. I got a genuine very lush Gibson case for 30 $.
Some papers in the case showed that the guitar that was in there originally, was made in 2008!

And my Epiphone looks marvellous in its new bed ;-) 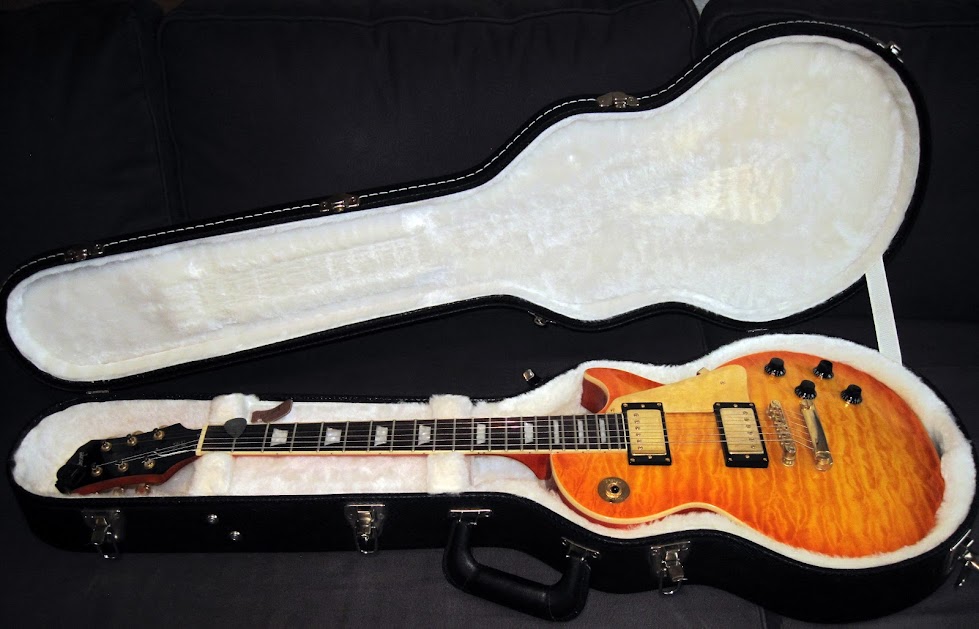 Nice case. I have one like it and it works really well --compact, yet, with the arched top, nice and strong. And for some reason, it doesn't have the toxic materials feel that so many relatively new cases have. Nice score.

I'm quite impressed with it. I especially like the "press fit" and the total support of both neck and body with the slanting foam in the bottom

Been looking for a new case for my Epi LP Standard (right now it's in a Warwick Rockbag flight-case). Doubt I'll find one for anywhere near that price, though?

I went back to the store and they had one more left, so I had to buy it. Now I need to find a good(and cheap) Les Paul to put into case 2