First, Playboy announced the end of Playmate of the Year, citing "Inclusion" concerns.

Playboy to end Playmate of the Year in favor of inclusivity

It means that the last-ever Playmate of the Year will be 2019’s Jordan Emanuel.

Now, they are ending the print magazine, citing the impact of Coronavirus.

The latest victim of the coronavirus: Playboy. The nudie mag founded by Hugh Hefner 66 years ago will no longer publish a printed edition, it said on Wednesday, citing coronavirus supply chain woes… 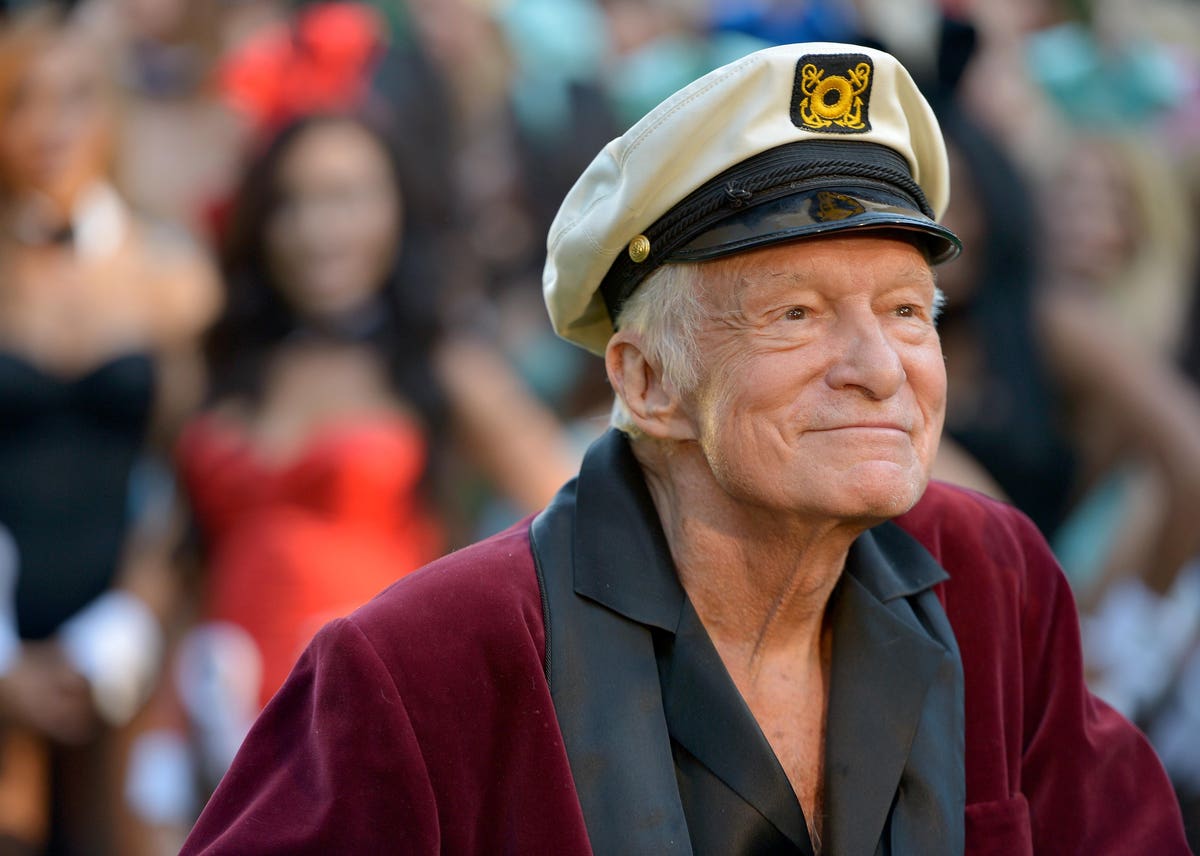 How Coronavirus Killed The Centerfold: Playboy Magazine Closes Up Shop Amid COVID-19 Crisis

Playboy, like many print publications, has struggled to adapt to the digital age.

Hype to drive sales, or hallmark of a transformed culture?

Where's the rabbit yo!

With the internet, it’s so unnecessary anyway.

Playboy was cool, until I discovered Penthouse.

Then I discovered Hustler.

They had all those messed up Gary Trosley (?) cartoons.

Chester the Molester would not fly today.

Thundermtn said:
Where's the rabbit yo!
Click to expand...

I just spent 5 minutes looking. No find. Thats a huge boo from me on the final cover. i would have put it on the reflection of the shoe

Today's young lads don't discover women as a mysterious thing of beauty but more of something to be used.
Sad in a way.

Bud Stoner said:
Chester the Molester would not fly today.
Click to expand...

Nor did it back then.

When the ‘Chester the Molester’ artist got arrested for molesting, why was anyone surprised?

It turned out, the work was hiding its creator in plain sight

MAD magazine went down the tubes last July... IIRC, the incredibly PC "culture" of the US made the magazine untenable, even though MAD had a tendency to rip on everybody and wasn't truly or exactly partisan in the late Sixties and early Seventies...

And now Playboy? Well, I can kind of understand that... as Vic mentioned, looking at nekkid women isn't something one has to take especial pains to do in this Age of the Internet... though it *will* be difficult to duplicate the effect Playboy had on pop culture, especially in terms of literature.

And yes: in the end a lot of us really *did* read Playboy, which often featured interviews with some of the more interesting people of the times during which the magazine flourished, and introduced a lot of us to writers we never would have noticed had it been left solely to the literary critics of the New York Times and other outlets that were in bed with the major publishers.

I could rattle off a long list of writers that I came to read and really enjoy as a result of being introduced to them through Playboy magazine... people such as Charles Bukowski, Margaret Atwood, William Kotzwinkle, and several others came to my attention directly because of Playboy...

But before I was interested enough in nekkid wimmenz to bother with the magazine, Playboy also brought to the fore a lot of other writers who went on to be stunningly successful well beyond being noted as somebody published by Hugh Hefner...

Giants such as Norman Mailer, Ray Bradbury, Jack Kerouac, and a slew of others were delivered to a greater audience after being tanked by the New York publishing houses, and there are some who believe that they really went mainstream *because of* Playboy magazine...

And the interviews were incredible as well. Only Rolling Stone had a tendency to interview such a colorful cast of characters, but Playboy outshone R.S. because they didn't just interview individuals who would appeal to the "popular youth" culture and instead spoke at length to virtually anybody who was noteworthy-- or even notorious-- at a given interval in history.

Best of all, Playboy featured actual journalists instead of the weak-minded, always-biased shit we've been getting since about the middle of the Eighties (or before).

You know, one time I was watching Tom Snyder interviewing Charles Manson, and at one point Charlie began to blurt out something regarding a "family" member named John Haught, aka Christopher Jesus, aka Zero. This individual is a member who supposedly "committed suicide" while in a house full of fellow family members in Venice, Ca... but with the gun fully loaded and wiped clean of prints by the time the cops showed up.

At any rate, while talking with Snyder, Manson had just slammed Zero about something, and was about to blurt something else out when the imbecile, Snyder, interrupted Manson with some comment... which caused Manson to kind of catch himself, clam up about Zero, and go back into his "Crazy Charlie" routine.

A lot of people wonder what Manson almost divulged about the case of John Haught... but we'll never know because today's "journalists" are all about becoming media personalities themselves rather than to conduct fact finding interviews that are not self-aggrandizing.

The worst of them all was Geraldo Rivera, who for some reason always seemed to need to prove to everyone else what a tough guy he was.

What a laugh. A tough guy in an age of bullets is... a joke. "Tough" is far more of a mental attribute, and not so much a physical one.

But don't tell that to Geraldo or any of his fans-- they might shit a brick.

Today's "journalism" is a joke. But then, it was BS for most of US history to begin with.

Adios, Playboy. You'l be missed by those who really *did* read the articles.

Roberteaux said:
Adios, Playboy. You'l be missed by those who really *did* read the articles.
Click to expand...

Agree it was a paragon of civic virtue for a truly open society (not the Soros perversion of that term), and an onramp for the intelligent heterosexual male.

Well, dat ain't the whole cover, is it?

as a kid i would always find my dads playboy magazine somewhere in my parents bedroom....as a 10 or 12 year old boy of course the women were the #1 reason to find it...

as i got older you started looking at other things in the magazine and it always portrayed a upper class life style and instilled in a young boys mind that naked women liked that life style....

it was something to think about how you wanted to live when you became an adult...have nice things and hot looking women...

i do remember that overall image the magazine portrayed....something that actually is needed today.

I honestly thought it ended years ago.

Roberteaux said:
MAD magazine went down the tubes last July... IIRC, the incredibly PC "culture" of the US made the magazine untenable
Click to expand...

If I ever hit one of those mega-lotteries, we are doing MAD Magazine again Rob. You'll be the pc/political editor. We'll put Lt.Dave as spokesman to handle the media and expected outrage, VicB can have a pun section and Paruwi can have an area just for German smack-downs. Write in and you can be abused, German-style.
Daves gonna be busy as hell handling that shitstorm but talk about raising hell and having some fun.

Think Chappelle Show style where EVERYONE gets punked, just pure common sense humor in a ever maddening world.

The comics were pretty funny too.

The first 5 issues of Playboy were printed in Rochelle Illinois, the town I live in. 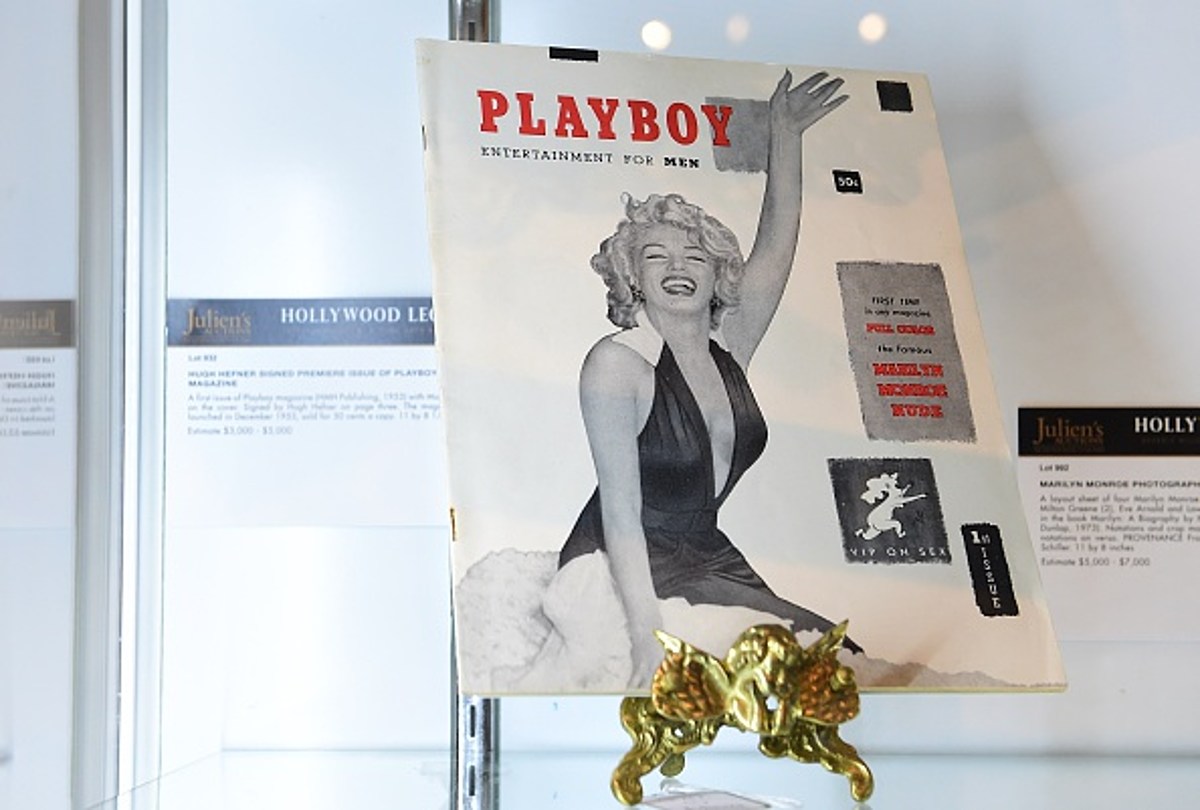 The 1st Issue of Playboy Magazine Was Printed in Rochelle

We're seeing and hearing a lot about Hugh Hefner after his death yesterday, but no story of Playboy is complete without at least mentioning Rochelle, Illinois.

My mom caught me looking through a huge box of girly magazine I found in the garage of a house we had just moved into. My dad blamed it on the lesbians who lived there before

Marshall & Moonshine said:
The comics were pretty funny too.
Click to expand...

Little Annie Fanny among the others.

I honestly thought that Playboy had ceased to be (as a publication) at least a decade ago. Beyond Angkor: How lasers revealed a lost city
2