I found an extraordinary deal on this Vox AC15HW1. It's one of the two hand wired AC15, the one with the Celestion Greenback (the other has the Celestion AlNiCo Blue).

Anyway, onto the naughty bits. 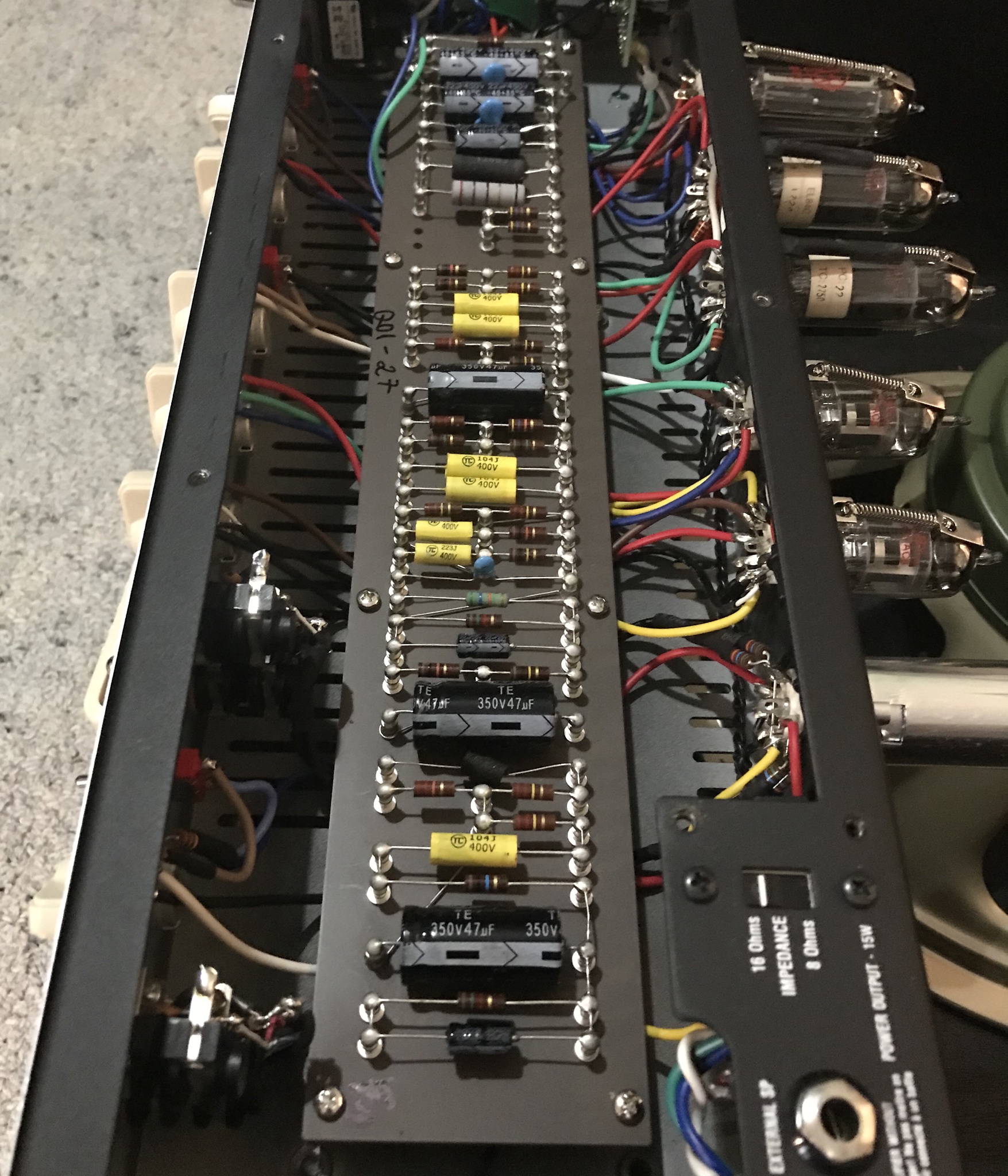 This thing is built in Vietnam, and I have to say they did an excellent job of it. The board itself is very thick and it's fastened at about 8 points. 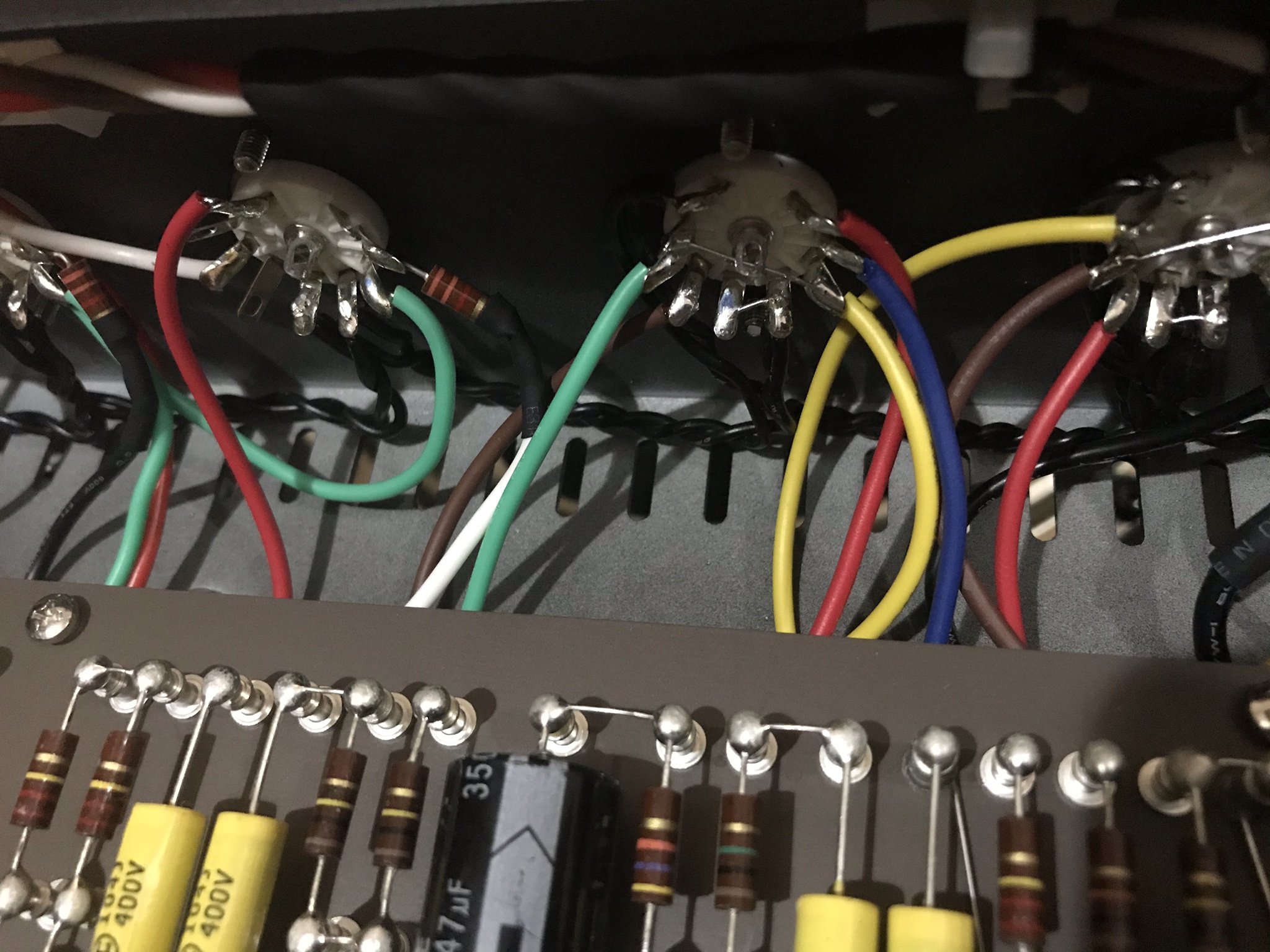 The heater harness is reasonably tidy, and certainly tidier than some of the stuff I've seen coming out of the big shops. Note also the ventilation slots in the chassis. These are repeated on the top edge of the circuit board, too. I think it's an excellent idea, particularly for a line of amps that used to have a rep for bursting into flames. 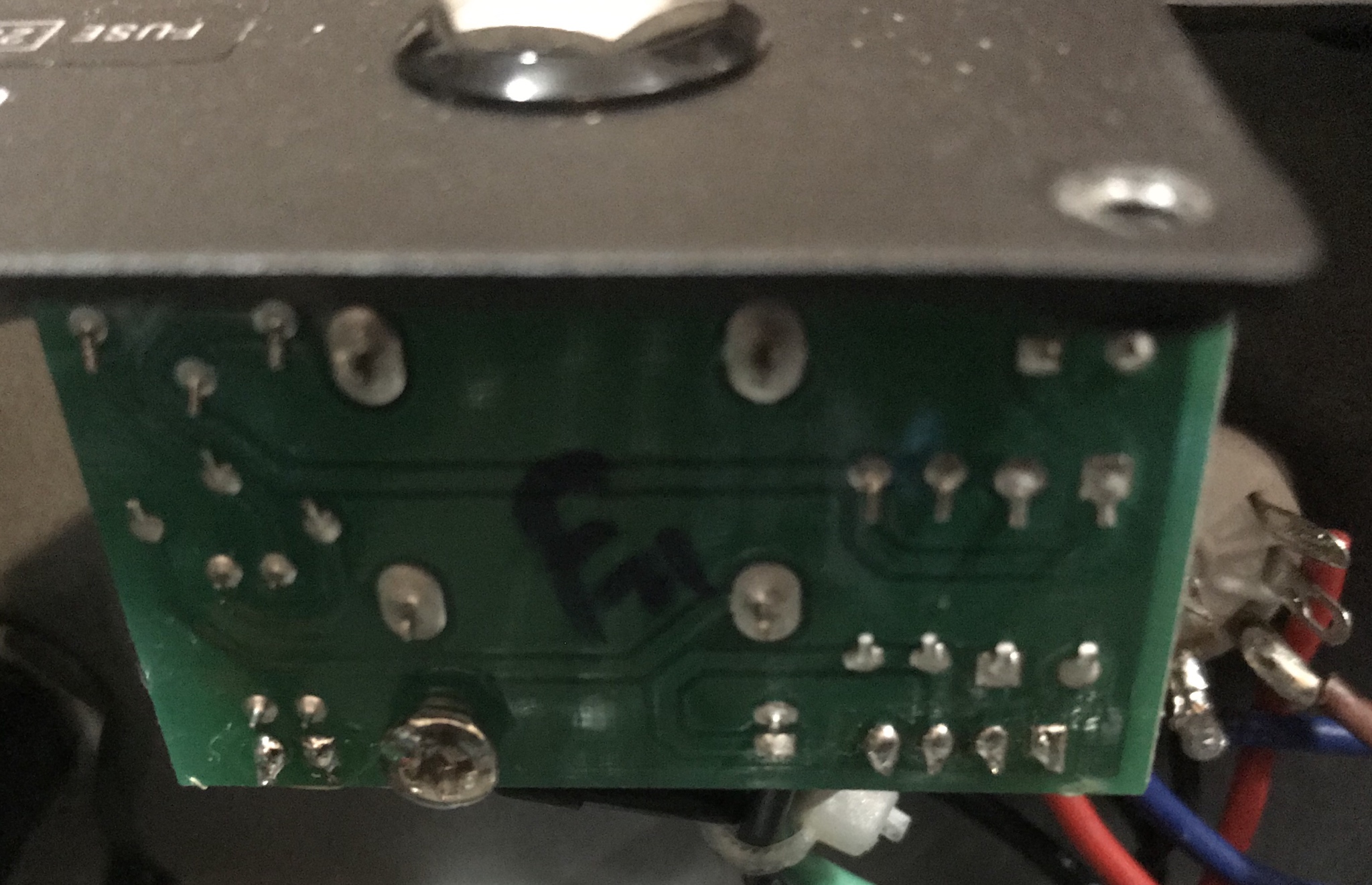 Errrrmaaaghherrrd, a PCB!! This is the circuit for the footswitch. The switch is for a feature on the Top Boost channel. They've added a dip switch for the TB channel, giving 'cool' and 'hot' settings. The cool setting is the traditional TB channel and tone stack. The hot setting is a modified tone circuit and an extra gain stage (presumably the preamp for the normal channel). When the footswitch is plugged in and the dip switch is set to hot, the feature is foot-switchable. It's handy as a boost for solos, or just for a different voicing. 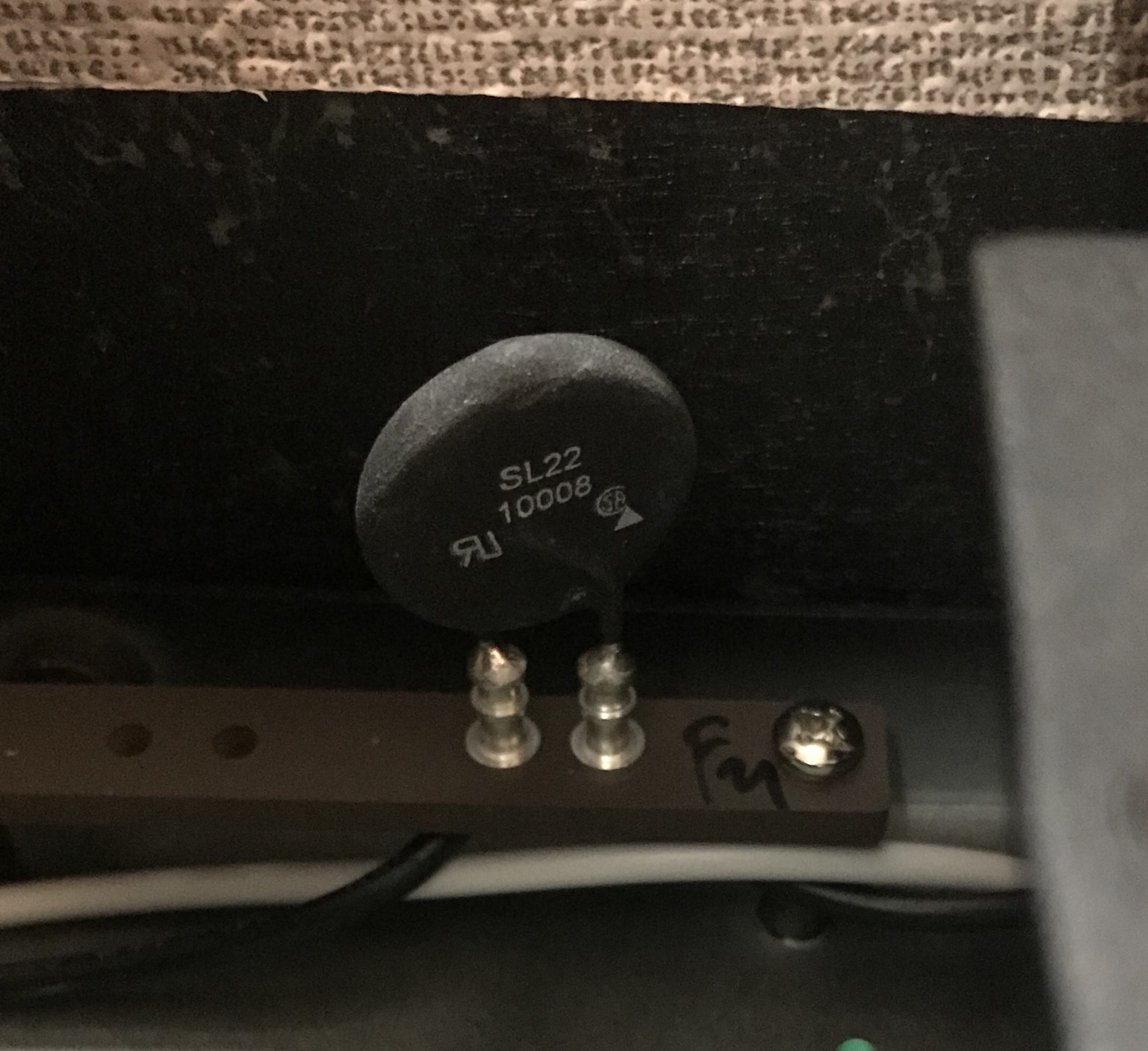 This is also a nice touch. It's a bloody great thermistor, set up on the power transformer primary. Presumably this is to slow the inrush on startup. I don't think this amp needs it (it has no standby), but it certainly doesn't hurt. As I said, it's a nice touch.

It's a very well made amp, all things considered. The only thing I'd change if I were building it myself is that I'd make the cabinet from pine rather than birch plywood. As it is, it's a heavy little mutha.

The sound of the thing is very Vox, very bright, very aggressive. I like it because it because it reminds me of my old Marshalls (believe it or not). I'm not a fan of the Greenbacks in general, but it seems to suit this amp. It's got enough top end to handle the Vox and it takes the dirtier sounds very well. I quite like this amp as a nasty distortion beast. Both channels take pedals very well (though I read interwebz wisdom that the Top Boost channel is no good for pedals. I must be doing it wrong, huh?).

great amp, i have the basic pcb version but still great none the less

Congratulations! A very nice addition to your stable!

Great amp! I tried one once with my Gretsch SSLVO. That guitar loved that amp. Congrats!

Not unusual though, the Vietnamese are capable of outstanding workmanship in many areas.

Very nice, Spatt! I love the solder blobs on top of the turrets. I'm always tempted to do the same, but in reality it's just a waste of solder and time. BUT, it does look very cool!

Soul Tramp said:
Very nice, Spatt! I love the solder blobs on top of the turrets. I'm always tempted to do the same, but in reality it's just a waste of solder and time. BUT, it does look very cool!
Click to expand...

Pah, piffle! I'm more worried about that PCB sucking all the tone out via the footswitch!

At least they designed it properly with a relay. I've seen amps where they actually run the signal path into the footswitch. Such a horrible design.

I have two PCBs in my amps. One is the channel switching relay board and the other is the regulated DC powersupply for the heaters. There's no getting away from a PCB for those sort of things.

WOWSERS. That is sweet
CONGRATS

Great amp!
I've had one for~ 2 years. I put a Celestion gold in mine and it screams!
A set of NOS 6P14P-EV power tubes and a set of Tube Dr. preamp tubes
Very heavy to lug around. I installed a set of HD removable casters for easier moving. Half power switch is a great feature.
E

These are nice amps and very reasonably priced used! Got one with the blue in our studio 2 years ago. After the speaker broke in it really sounded good. Lots of gain, very Foo Fighters.

I've got one of it's big brothers but with the alnico blues. Crazy good rhythm guitar rock sounds - Tom Petty on up to the Sex Pistols. I like using a Proco Rat as a booster with mine.

Absolutely great amps. I agree - the workmanshji[ is pretty good. I wish they just omitted the hot/cool thing and kept the entire thing handwired. I presume mine has an additional PCB housing the 30/15w switch. For the record, I just prefer the serviceability of handwired amps - I don't think the PCB in and of itself does anything to the sound.
You must log in or register to reply here.