Well, I now own a Laney, anyways. Sold my Blackstar HT-5RH and bought this for the same price. Even Steven. And even though I loved the HT-5, I love this wayyyyyyyyyy more. It suits me so well. It's a classic rock monster through a 4x12. I've always loved that grainy Laney distortion that borders on fuzz, and this gets very close too it. Think of it as a 15watt Supergroup in a fugly box. Didn't expect that with EL84s, but it works. I've heard some say it sounds like a Vox. I only hear that maybe in the cleans. Get into crunch and distortion, and it's a beast. In 15 watt mode, its got a brighter, tighter pre-amp distortion, but in 0.75 watt mode, you get that fuller, saggier roar. And >1 watt is still LOUD. 112DB max gain/volume. I'm seriously impressed. May like it better than all my other amps.

Now the negatives. First, it's fugly. If they put this in a classic Laney box, or even put salt and pepper Supergroup grill cloth in a square opening, it would sell like hotcakes. Second, the controls are on the top. So if you have it on top of other heads on a 4x12, it's annoying to get at the controls. So I set it on the floor to use it. Third it has a very short power cord. Again, why it's on the floor.

But I forgive all that because it sounds so immense. Works great with pedals, but it sounds best on its own. Pedals change the character, but it's own character suits me best. Don't hear much about the Cub 15 head, but it's a secret little sleeper. 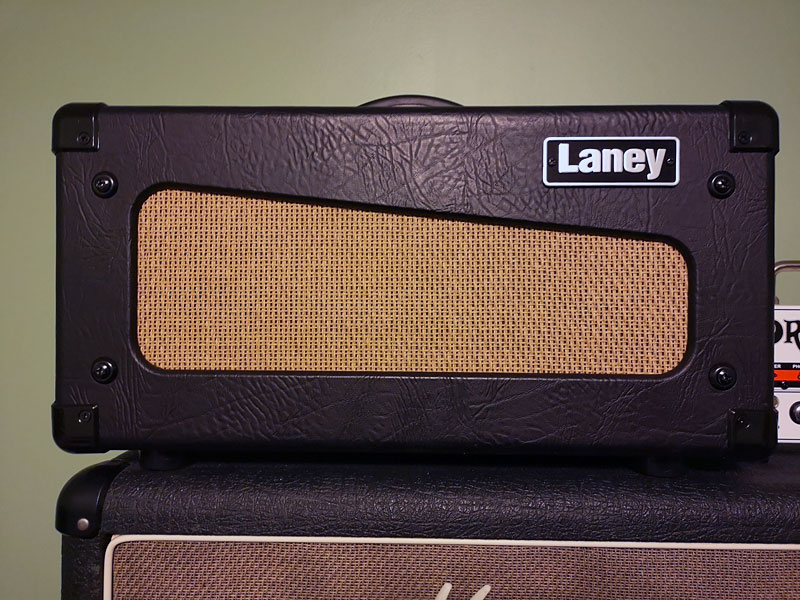 Sounds like a great deal! Congrats! I can attest that a pair of EL84’s can get very loud indeed!

Congratulations!
I have a Laney VC15 and the circuit in the Cub15 is very similar to the drive channel in the VC15. Great amps

Thanks, guys. I had heard a few clips of the Laney LA30BL on ThatPedalShow and Andertons and lusted after that tone, but couldn't justify that kind of money for a NMV amp with no loop. Would be a luxury. When this came up I listened to the very few YouTube clips I could find and heard the same character and tone that made me lust after the LA30. Jumped at the opportunity and wasn't disappointed. Such a sleeper little amp.

Laney should be a much bigger name. Really nice amps; congrats. Had 2 Lionheart L5T-112 combos, and wish I still did.

cherrysunburst00 said:
Laney should be a much bigger name. Really nice amps; congrats. Had 2 Lionheart L5T-112 combos, and wish I still did.
Click to expand...

Agreed. Laney amps are so cool.

I prefer the clean tones out of my Cub 12R combo. Has nice headroom even for 15w, pairs good with good transparent OD pedals.

Progrocker111 said:
I prefer the clean tones out of my Cub 12R combo. Has nice headroom even for 15w, pairs good with good transparent OD pedals.
Click to expand...

It does. I've tried it both ways (clean with pedals vs amp gain) and both are excellent. Through the 4x12 with mixed Greenbacks and 75s, the amp gain works best for me. It's supposed to be based on a hot-rodded JCM 800 preamp. What's scary is I like it better than all my more expensive amps. It's literally putting in my head to sell the Marshalls. Yeesh. FIGHT IT!

I've got the 1x12 combo version and I have to say they are a lot of "bang for the buck".

Very affordable, and a great sound.

Congrats. Those are great amps. Underrated IMHO. I had a Cub 212 that could do AC/DC all day long.

Happy belated Nad!
Any thoughts on the low wattage mode for bedroom use? Still too loud?

RocketKing said:
Happy belated Nad!
Any thoughts on the low wattage mode for bedroom use? Still too loud?
Click to expand...

Thanks! If you mean can you crank it full on in a bedroom setting? No way. I measured full gain and volume at 112-115db at 1 watt through a Greenback and G12T-75. So it's still loud.

But, when I play at 3-4 on the master volume, it's reasonably loud and still pushes the power section. Nice full tube amp sound and grind. When I switch over to the 15 watt setting at the same volume level, you get that brighter, crisper pre-amp gain. You can get great tones at any level in both wattage settings. I play it quiet and loud. But 1 watt will get a fuller tone at quieter levels and is what I mainly play it at.
You must log in or register to reply here.
Share:
Facebook Twitter Reddit Pinterest Tumblr WhatsApp Email Link