Finally! After a long series of delays my Marshall Origin 50 head arrived so I went to pick it up today. Fit and finish all looks great and I gave it a test run with my Zilla 2x12 before taking it home. 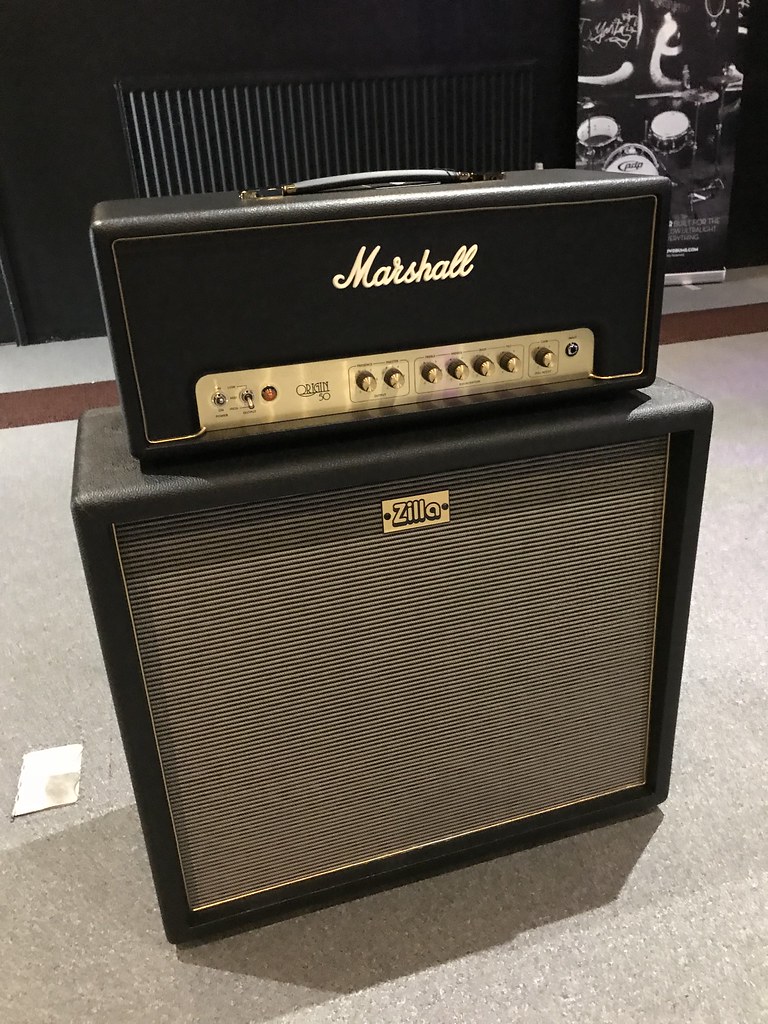 First impressions are that it sounds great - even better than the 1x12 combo I had previously. I’m putting that down to the custom ordered cab - that’s been sitting waiting for the head for almost 2 months! It’s a 700mm x 600mm diagonal 2x12 with an oval ported rear panel and loaded with a couple of Neo Creambacks. Gives a great spread of sound with an overall warmer and “fatter” tone vs the 1x12 combo, which I’m very pleased about.

Just in time for rehearsing with the band and gigging in early August.

The big question, does it have the fixed speaker jack problem?.
Al

HNAD.........that Zilla Cab looks killer & I'll bet the weight is manageable with those Neo's in it.

Yeh - all good on the speaker jack front although I only plan to use it with the one (oversize!) 2x12!

I was absolutely thrilled with the Zilla cab when it arrived! Despite being larger than my Orange PPC212OB, it’s lighter - I think probably around 20/21kg? More than comfortable to lift with the recessed side handles and I’m considering putting a top handle on so I can carry it with one hand if needed.

Those Neo Creambacks sound the real-deal to me as well. Way nicer than the old combo speaker and - to my ears - than the Vintage 30s in the Orange cab too. All-in-all, definitely the right choice for me and was cheaper to get it custom built by Zilla than to buy a Marshall cab and then switch the speakers myself: plus I got to spec the exact dimensions I wanted.

Friend of mine bought one of these Neo’s & tried it out.

He was sold on how good they sound & he owns heaps of Cabs / Speakers to compare them to.

Might check one out myself after I have a listen his.

Congrats on your new amp.
You must log in or register to reply here.

School me - speaker cab for Tiny Terror home use?