Hi, I recently picked up a very unique pickup and would love to figure out what it is and/or what it came from! It's a Gibson pickup for sure. Looks like your typical "Tarback" from the bottom. However, it has no exposed poles like the early "Super Humbucker" designed by Bill Lawrence.

But, this is where it gets interesting...and clearly differentiates itself from either of those:


1) The cover is a black metal cover from the factory. It doesn't match the L6S Deluxe pickups from the mid-'70s, which were also black, but were shiny plastic and had a third tab built-in for tilt adjustability. This one has your standard humbucker layout with only 2 mounting tabs.​
​
2) It has a "PAF" sticker. To be clear, this is not the only "tarback" era pickup I've seen pictures of with that decal on it from the factory, so it definitely wasn't added at a later time.​
​
3) It has gray shielding on the lead wires. Looks like the wire used on the later Gibson pickups and the '80s Bill Lawrence designed models, such as "The Original" series.​
​
4) It measures a stout 15.9K. The original "Super Humbucker" was only 7.8K or so with some neck models falling in the 6K range. Same with the later Bill Lawrence stuff, usually much lower resistance. The DCR figure is more similar to the special bridge position tarbacks found in the later Artisan LPs from what I can tell. However, it doesn't share their exposed pole piece design.​
In my searching, I managed to locate another example of what appears to be the same/similar pickup with a regular chrome cover, PAF logo, gray shielding and 17.5K resistance, but the owner didn't know anything about it.

Any thoughts on what it could be? Limited run? Bill Lawrence prototype? Short-lived production model? 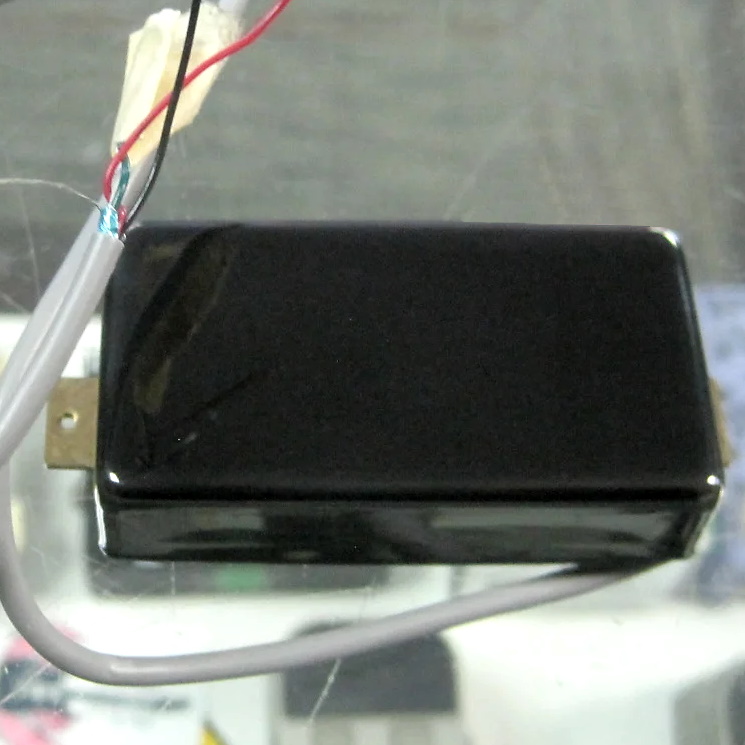 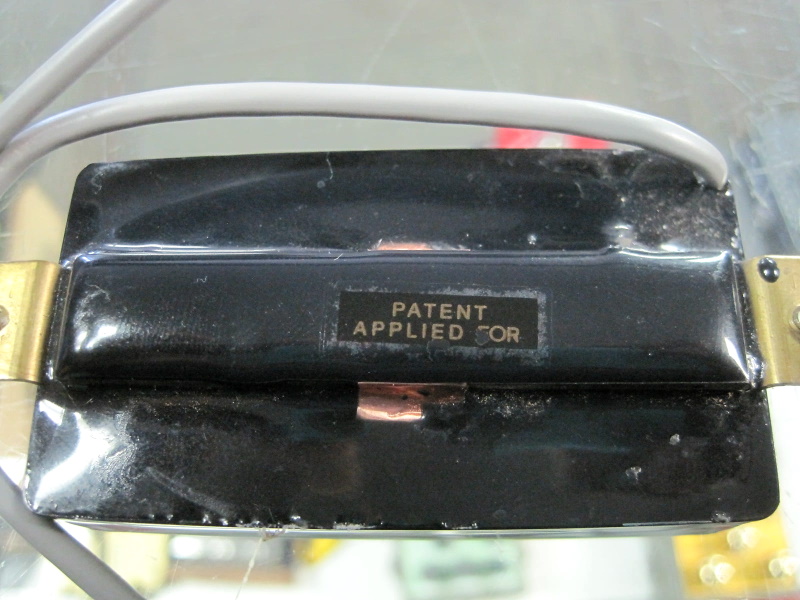 The superhumbucker in the L6 was hotter in the bridge, but even then was 12k or thereabouts.

Maybe there was a special 'Iommi' tarback produced

I'm thinking this could be even be mid-'80s maybe/most likely? When did black plating on hardware become a thing?
I

Here's the other pickup I mentioned. 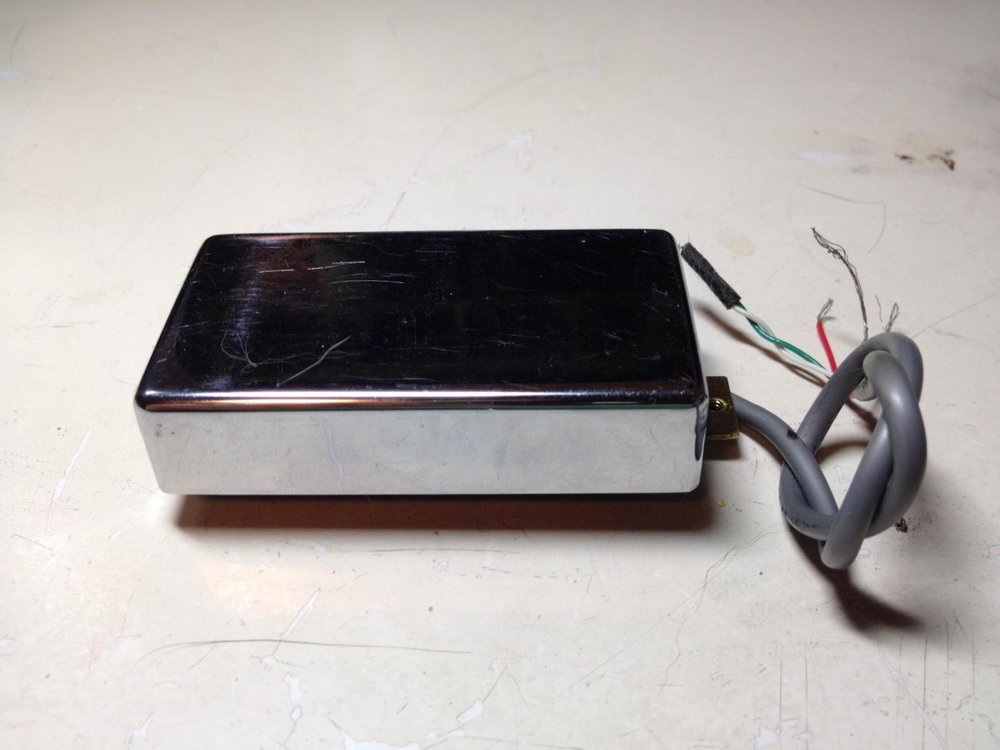 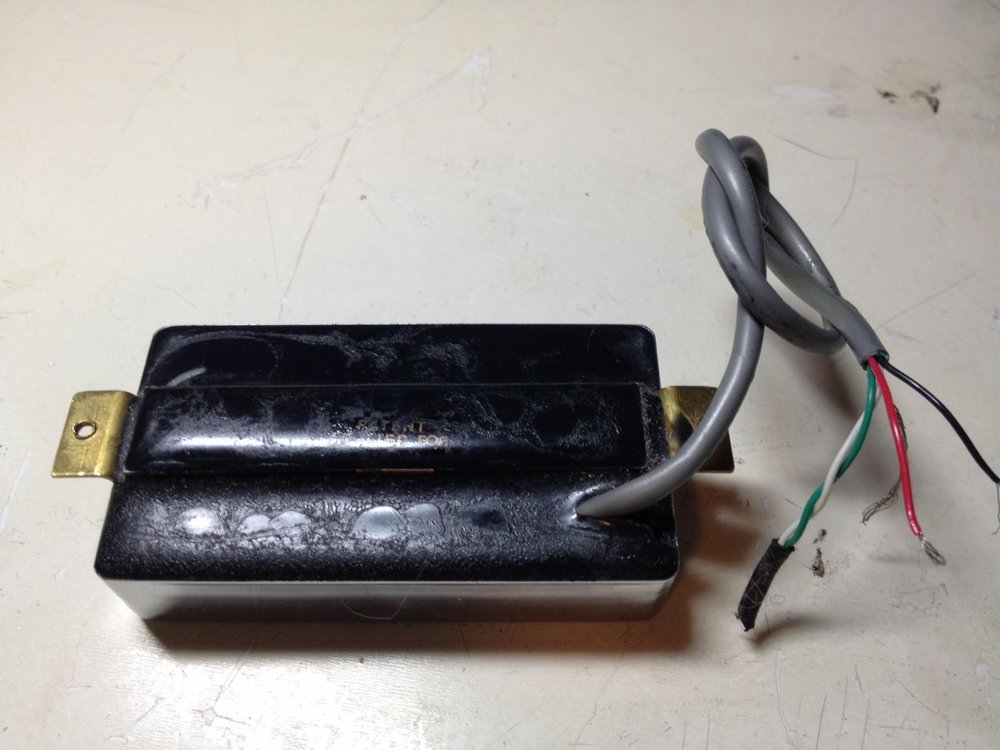 ARandall was closer than he thought...this IS a Gibson Tony Iommi signature pickup!

Interesting that he rehashed the old "super humbucker" construction/design. Obviously, it's tweaked to his own specifications, but very interesting!

Here are the backs of a couple others: 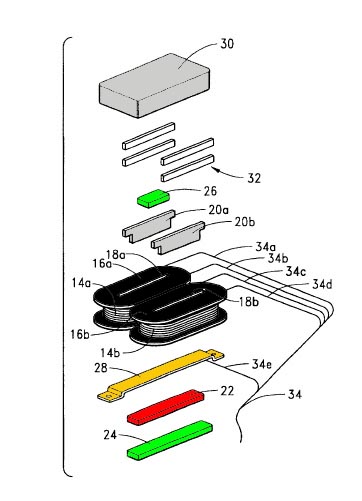