I thought I’d share a post about the work I’ve had done on my 1980 LP Custom, and this seemed like the place to do it. Many thanks to the folks on this forum for educating me about any number of things, from pickup options, the proper pots to use, the difference between orange drop and paper in oil caps, how many lead conductors I needed for pickups, fret sizes, neck profiles and whatever else popped into my head, it was very useful in helping me make informed decisions about specs before contacting my awesome luthier (who did an outstanding job, FYI. If you’re in the greater Boston area and in need of a quality repair man, let me know and I’ll happily recommend him to you.)
It's a 1980 Les Paul Custom that I bought 20 years ago. This was already well-played when I bought it, and now some forty years into its life, the frets were pretty much worn to nubs. I initially dropped this at my Luthier’s shop with the intention of just doing a simple refret, but that quickly snowballed into a full overhaul on the hardware and electronics. I picked up a lovely new Strat back in August (a Rarities Flame Koa Top HSS, a real beauty) and after really enjoying the playability and tonal variety of it, it became apparent that the LP needed some TLC, given how easy the Strat was to play compared to the Lester. At that point I started toying with the notion of making some more serious upgrades to the LP in earnest.

Among the changes made:

1) Full refret. The old wire was basically gonzo, I rely a lot on bending and hammer ons/pull offs, and that was becoming a real chore given the shape these were in prior. I ended up replacing the frets using Dunlop 6150 fretwire. A little taller and narrower than typical Les Paul frets, they suit my style of play and are something of a happy medium between the medium jumbos Gibson usually uses and the tall narrows you would find on a modern Strat. He didn't retain the nibs - and I didn't want him to. First, it would have been a way more costly job (and enormous headache for him given that the binding is pretty aged), and second, for purely functional reasons, there is more fret to work with now at the edge of the board.

2) New pickups. When I first bought the guitar, I had to replace the pickups the previous owner had (rather insanely) installed in it: EMGs (Who knows, maybe he was a metal guitarist.) At the time, I bought Gibson 57s, because that was what I could afford as a recent college grad, they were real Gibson PAF style pickups, and they sounded pretty good. But the time had come for a change, as they weren't really doing it for me anymore and I knew there were better options out there. I demo'd tons of options, asked around (both friends, and online), watched dozens of youtube videos, looked at Bare Knuckles, Lollar Imperials, SD Antiquities, Pearly Gates, etc., before finally settling on Fralin Pure PAFs. My god, these pickups have such great bloom and presence, they sound warm, sweet and mellow clean, and dirty up nicely when I add some crunch. Amazing classic ‘59 style buckers, and if anyone is looking to upgrade, I would wholeheartedly recommend checking out Fralin. He makes great stuff, and he's a hell of a guy - he helped me pick these out after finding out what type of sound I was after.

3) New pots and caps, Jimmy Page wiring. I switched out the stock pots and replaced these with 4 500k CTS push-pull potentiometers, and took out the old ceramic caps and replaced with paper in oil, .022uf capacitors. As part of that work I set this up with Jimmy Page wiring, which adds a ton of tone options, with the option to split coil, switch to series/parallel, and toggle in- and out-of-phase. This adds so many different sounds - it's going to take me a while to acclimate myself to the range of possibilities but it's been incredibly fun so far.

4) New bridge and tailpiece. I switched out the stock bridge for an Kluson Aluminum Nashville bridge with brass saddles, and I love the effect it's had on tone. It brightens up the naturally dark sound of this guitar in a very nice way. I also replaced the Norlin-era zinc tailpiece with a Gibson Historic Aluminum tailpiece. I used TonePros locking studs rather than the stock Gibson studs, and I am very pleased with the added sustain I'm getting now. I was skeptical of the effect this would have, but I figured it was worth a $50 dollar gamble. I'm a believer now.

5) Locking tuners. I swapped out the original Gibson tuning machines for Grover 502Gs, and I'm really happy with the way it keeps its tune now. Part of this may also be due to the nut getting some work done by the luthier, but I can already tell that pesky G string is behaving much more nicely than it used to.

6) Replaced the plastic jackplate with a metal jackplate. This seems minor (and it kind of is), but if you're going to give something a total makeover, why not spend the extra $15 bucks to finish the job?

I'm thoroughly enjoying it so far. Obviously the new pickups and fresh frets have made the biggest difference, but this guitar sounds and plays so much better now. Tone is an elusive thing, but I am happy with where I'm at with this guitar. I'm loving it and looking forward to really playing around with the tonal possibilities I now have at my disposal. 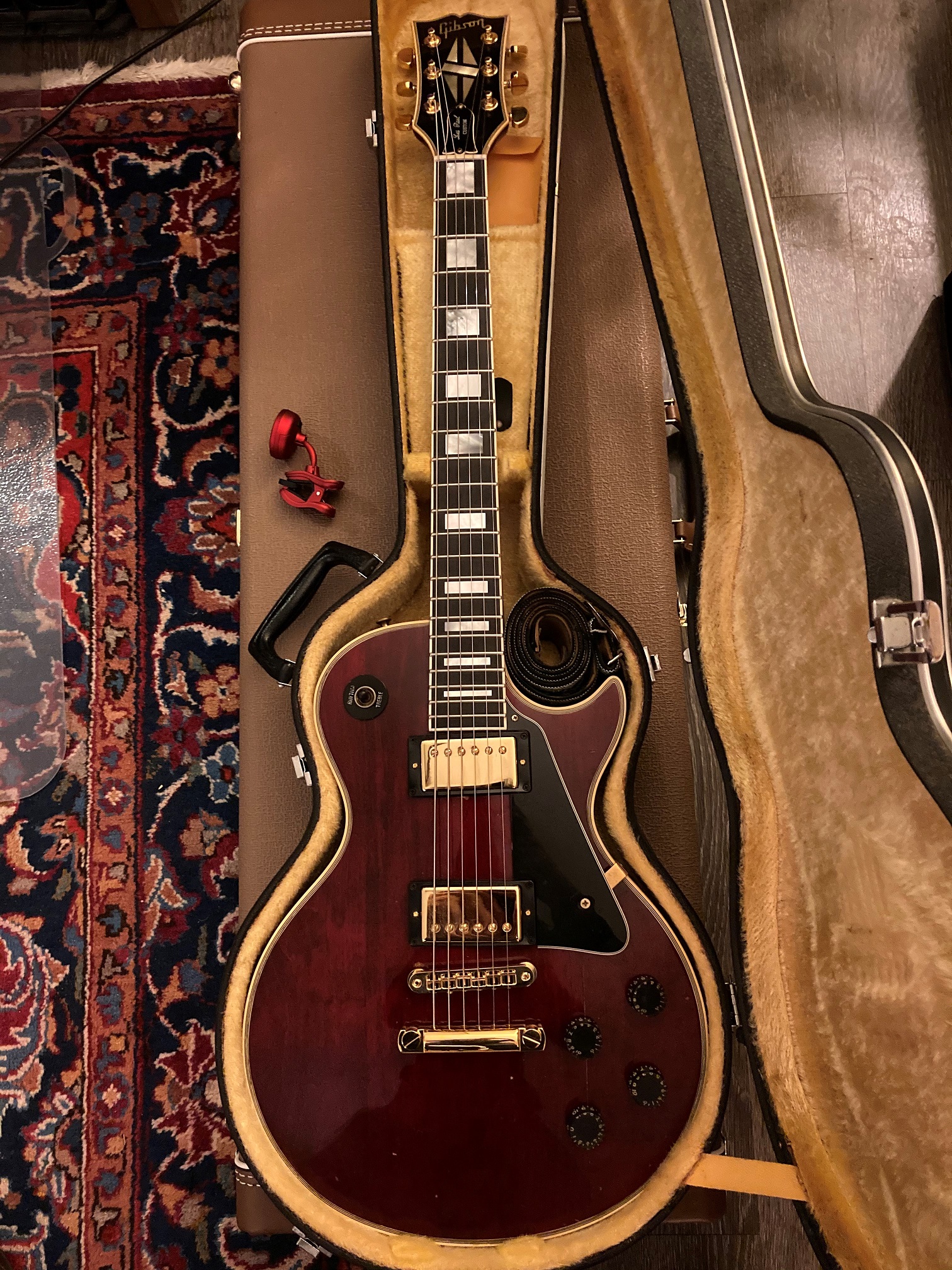 good for you, bud.

Great stuff!!!
You offered yourself a new guitar at the fraction of the cost, I think it will be well worth it. Don't be shy to share some detailed pictures of that beauty.... but... maybe pickguard off on this one ?

Reflect_ion said:
Great stuff!!!
You offered yourself a new guitar at the fraction of the cost, I think it will be well worth it. Don't be shy to share some detailed pictures of that beauty.... but... maybe pickguard off on this one ?
Click to expand...

I kinda like the pickguard, to be honest. Also, the previous owner obviously didn’t use one, and he left some pretty serious wear under there! (more evidence that he was a shred guitarist?)
I’ll post some more pics soon! Specifically the frets. My luthier didn’t retain the nibs, but this was a tricky job. The board binding has some cracks that align right on the fret markers, so there was the potential for some of that binding to come out or chip when he pulled the frets. But it didn’t happen. The guy is a real pro.

Wow, that's a real beauty! Enjoy her second life
I did some pretty extensive mods to my traditional and it's almost like having a new guitar.

You’d better believe it! The new frets have made all the difference, it’s a real joy to play now. It always played fast anyway, it has that slim taper neck profile, which is so different from most LPs you’ll find on the rack. But my luthier did some very subtle fingerboard cleanup as part of the refret work and it’s smoother than ever now. And the Fralins really are awesome pickups...I can’t say enough about the improvement it’s made. Gibson 57’s sound pretty good, but these are in a different league, IMHO.

Note the volute and 3-piece maple neck. Norlins are always so unique!