I liked Get Out, even with some political allegory. I won’t say what about, if you see the movie you’ll know. I think Peele, was as much exaggerating it for satire as bringing attention to it. That’s my take. Great, revenge horror with an interesting concept. I’ve watched it probably 10 times.

US, I didn’t like. To weird, plot holes, a little too in your face political pandering that took itself too seriously, mixed with a bit too visceral scenes for shock value. It just didn’t make a whole lot of sense to me.

Nope - I loved it. I don’t know how to create spoiler buttons, and I hesitate anyway since it’s very difficult to explain and I wouldn’t want to spoil things. I would say don’t even watch the spoiler. You’d enjoy it more and probably laugh more as well.

Great balance of humor and tension. Great writing and acting for the most part. Very good use of symbolism, and not a lot of woke political crap. A little but it didn’t bother me. Great juxtaposition of beauty and absolute horror. Not quite as much as “Mid Sommer” (which you need to see if you haven’t) but still great balance there that sucks you in. I found myself laughing at how absolutely fucked up it got, while glued and engaged wondering where it would go.

It’s predictable in a way that plays off of filmmaking in mostly good ways. I really liked the whole concept of the movie, and still thought about it for hours afterwards mostly because some of the visuals that were shocking like “Under the Skin” and “Annihilation” (which I didn’t love but I’ve rewatched parts of it because it’s so oddly beautiful but disturbing).

So you're not moving?

stay right there. it's vision is based on movement.

We just watched The Black Phone last night.
It was decent, not the best, but decent.
Joe Hill is really coming into his own these days, but his father's influence (Stephen King) is hard to miss.

At first, I thought this said "THE GAAY MAN." 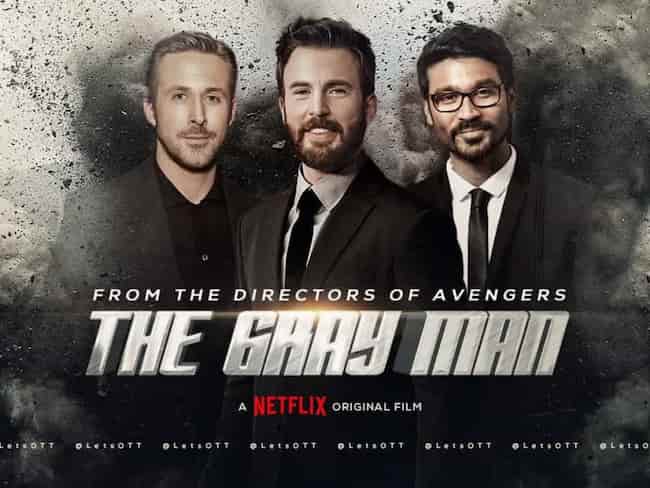 Not that there is anything wrong with that.

Deftone said:
We watched "The Gray Man.' it was pretty good....

At first, I thought this said "THE GAAY MAN."

Not that there is anything wrong with that.
Click to expand...

I liked gray man as well. But did not care for the ending.

Gray Man was also pretty good. Slightly campy but pretty good for a Netflix exclusive. I prefer it more gritty like Extraction.

Have action movies with people beating other people up, never not been a trend for movies in general?

Anyone else see Nope?

dc007 said:
I liked gray man as well. But did not care for the ending.
Click to expand...

Read the books. Much better.

ArchEtech said:
Anyone else see Nope?
Click to expand...

went 2 days ago. was looking forward to it enough to pony up for the 30% off early show.

i want to re-watch to see if i simply missed something, somehow. but a few things seemed to be disconnected and didn't make sense to me.
TMZ doesn't notice that the entire house was covered in blood and items?
A cop never shows up to interview anyone, since they were next door to a place 40 people went missing?
it's another one of these stories where a character figures out the plot on their own, with almost no clue as to how. that could have been set up better.
then mid story, all of a sudden, they're terrified of it and want to get out. just a cheap reference to the other movie? they didn't seem afraid up until that point. but then again, all of a sudden, they aren't as terrified and want to go back to trying to film it.
the director's final shot, had to be a rip on hollywood, i know there's massive symbolism used here so was that? it was funny but took away from the movie, imo.
You must log in or register to reply here.