Austin race has been moved to November 13-15. COTA itself told me this even though this news is nowhere on GPone, crash, motomatters....etc...

I think it is probably smart to shut down travel and large public events for a few weeks, but damn! What an impact that is going to have on everything!

Dorna/FIM don't want to race without fans in the stands like F1 is doing for Bahrain.

Now Italy has banned all flights to/from Spain, in addition to stopping pretty much all sporting events scheduled to take place there until mid next month. No football!

Now Argentina is set to be the 'first' race of the season, but the longer Italy is this giant pariah, it's only a matter of time before more people die in Argentina and then they will ban entry from anyone who was in Italy during the quarantine.


This whole shitstorm just tells me one thing. Were this a real nasty thing which has oh let's say a 70% fatal rate, or something which you really want/need to keep contained, we're FUCKED if that were the case. Yes it's a bit more serious than the normal seasonal Flu, but jesus the way governments and populations are overreacting, it's like this is an airborne Ebola virus which kills you in 2 days.

Yeah wash your hands a bit more, take hygene a bit more serious as well as if you do get a cold or flu, and remember the flu KILLS about 20-30K worldwide every year, and you don't have all this mass hysteria we have now.

strat1701 said:
Austin race has been moved to November 13-15. COTA itself told me this even though this news is nowhere on GPone, crash, motomatters....etc...
Click to expand...

Even SXSW was canceled.

Bytor1958 said:
Even SXSW was canceled.
Click to expand...

If everyone else can't test, why the fuck are they being allowed to (yes I know no travel restrictions, YET) 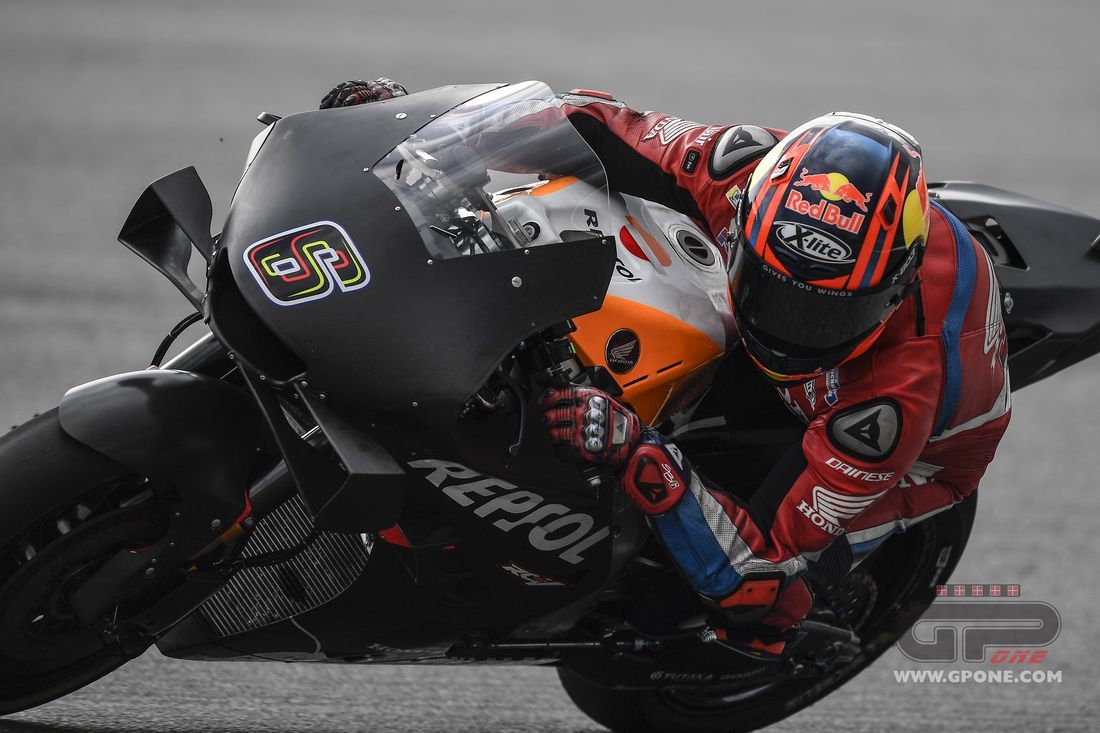 MotoGP, Coronavirus blocks all but Honda tests in Jerez

MotoGP: Despite KTM, Aprilia, and Suzuki disinfections, HRC still wants to test on the Spanish circuit with Bradl from March 18th to 20th

Still a bit unfair to allow them to go ahead and test when other teams who could can't.

Why don't we just give fucking MM the 2020 title right now....first ever bestowed with zero race wins....

Reigning world champion Marc Marquez and younger brother Alex will be among the ten riders doing battle in the inaugural MotoGP Virtual Race on Sunday.With real racing still on hold due to the coronavirus, MotoGP has arranged a six-lap contest around Mugello using the MotoGP19 video game.“All of...

Rossi has dropped out of the e-race. I bet they've already pre-programmed the outcome to have a certain spaniard win......

Desperate times. I enjoyed the E-race.

yeah it was entertaining I must say. I even got pissed when I saw Vinales crash!

Rossi deal with Petronas and with Morbidelli along side almost finalized, with an option for 2022.

It is all wishful thinking that we will even get to race, at this point. But good news, nonetheless.

MotoGP: An agreement between the Doctor and the Malaysian team has almost been reached: an annual contract plus an option for 2022, and Morbidelli by his side.

I just hope that the factory support and spec bike are still a 'factory spec and supported' bike for him. They already had that shit with the Petronas team last year where Quatarao got a 'factory spec' bike but it wasn't really the same as the Factory bike. Morbidelli had some 'last year factory spec B bike' but they were still calling it a 'factory bike'. Yamaha don't want the satellite bikes beating their full on works bikes, but Fabio did manage to beat their bikes and nearly won several races last year. I have him pegged to win something this year once we do get to racing.

Next year with Rossi on one of them, it would be great if he could win on it. Between Vinales already established as a yamaha rider who has won races, on a fully supported and spec'd bike, with Quatararo getting a factory bike this year to get that experience, and next year being on the works team, add in Rossi's bike and there are 3 (hopefully) identical spec factory works bike which can defeat PRC.....(Puig Race Corp...)

Ducati better keep Dovi btw.....they need him more than he needs them, but where could Dovi go is the issue. I think Miller on the factory team for 2021 is a viable option.

Iannone's case is interesting. The FIM found him Not Guilty of doping based on his hair sample test which showed no banned substances and covered the time period in which his was said to have tested positive for those substances. Yet, they still handed him an 18 month suspension.

An appeal is to be heard this week with hope that his suspension will be over turned.

I think most people don't care one iota, but I am an Iannone fan and I hope for his return.

I don't see any champions on Ducati's horizon. They are going to have to get lucky in finding a rider who can work with their bike.

mdubya said:
I think most people don't care one iota, but I am an Iannone fan and I hope for his return.
Click to expand...


mdubya said:
I don't see any champions on Ducati's horizon. They are going to have to get lucky in finding a rider who can work with their bike.
Click to expand...

the whole Iannone situation is a travesty IMHO. They even admited that the amounts they found were so ridiculously low it would have given him zero advantage even if he knowingly did it, and if you're gonna amp up, then AMP up and deal with the consequences. He has said he's got nothing else to fall back on, so for him to knowingly do something to jeopardize his dream job is just reeking of railroading against him and he is being made out to be the scapegoat.

Yeah Cal says you have to be stupid to think that riders aren't doping, but then Cal tends to say a lot of shite from time to time so I take his comments with a grain of salt. I still like Cal though....

Iannone must have pissed off too many Spainards in the FIM/Dorna I think.....his suspension is a fucking joke.

It's like getting handed a full on DWI/loss of license/jail/fines when your state's legal limit is .08 (which is like 2.5 drinks pretty much) and you have half a bottle of beer, get pulled over and blow .005 and get the book thrown at you.

SX double header this weekend, too.

The Moto America races were great. No fans didn't bother me but I know it is a logistical problem for the track agreements.

SX had a lame track and does not look right running in the daytime.

SX is on again tonight. Not sure I can stay up for it, though.