Most Under-rated guitarist or solo?

Did I mention Derek St. Holmes from the Ted Nugent band in 1975. On his white 3 PU SG Custom. Was the coolest guitar I had seen at that moment.
Sammy Hagar. Never count out the Red Rocker.
And a lesser known Velvet Phelts. Poonanny Blues Band

but, I always liked the solos on The Rover and Traveling Riverside Blues.
Click to expand...

The Rover is one of my favorite solos.

Going off of that, I always loved Page’s solo on In The Evening (hence my username), I think it’s one of his best, but doesn’t seem to get noticed too much.

For underrated players...I used to say Mick Mars, but he seems to be well respected in all the guitar communities these days. Heard that wasn’t always the case. In an era of 80’s shredders his less technical playing made him more unique and he laid down some amazing heavy riffs. Plus his ability to do some really fast right hand picking always impressed me. He’s one of my favorite guitarists from that period.
Last edited: Apr 8, 2021

For me, the most overlooked/underrated is Andy McCoy from Hanoi Rocks. Damn that dude was all over the fretboard, always tasty, always unique. And he wrote all the songs. 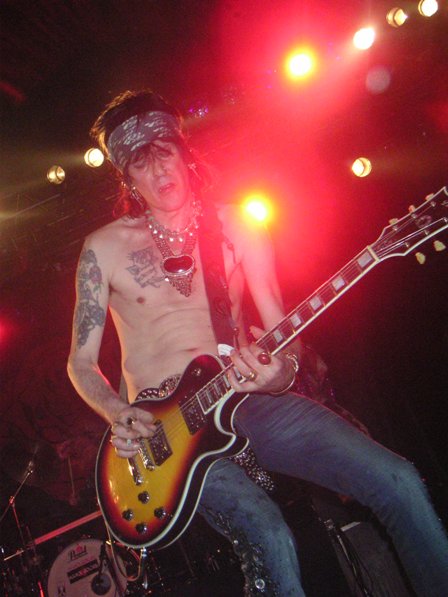 His playing on the Bluesbreakers “Crusade” is sublime.
C

Don Barnes, of 38 Special, played the hell out of an old brown LP Special doublecut. His solos were awesome, and he often played them over his own vocals, which I find very impressive.

Guy is a beast...one of the best living guitarists in the world.

Nobody knows him, and I never hear about him on any lists. What he can do with a guitar is unbelievably amazing. And he is blind.

Since this MyLesPaul.... Barrie Cadogan (of Little Barrie) playing a 59 Les Paul.

why isn't this post a poll?? too many opinions and options - categories for Rock, Punk, Jent, Metal, Death Metal, Jazz, Fusion- and a lot more - so far, 13 pages of opinions= no consensus = poll

Buckethead comes to mind first, then... believe it or not... Slash.

Yes, he's celebrated. Yes, he has his own signature guitar etc. But when you hear talk about the greats, he almost never comes up and that's ridiculous imo because some of his solos back in GNR were unbelievable. The sheer amount of emotion he put into those bends and notes was breathtaking. On some tracks like Back and Forth (off his first solo record), he literally makes the guitar weep and wail with sorrow. You sit there, listening to it and you're like... damn! Very few rock guitarists were able to do that. It was mostly a blues trait... and a trait which only the very best bluesmen possessed.

You’re all missing the most underrated player of all time....... Drew Abbott of Bob Seger’s original Silver Bullet Band. So many memorable riffs, and nobody knows his name.

Frank Marino of Mahagony Rush. The Real Live album is one of the greatest virtuoso electric guitar performances ever recorded.

Glen Tilbrook playing Another Nail in My Heart

Guy is a beast...one of the best living guitarists in the world.

Nobody knows him, and I never hear about him on any lists. What he can do with a guitar is unbelievably amazing. And he is blind.

DAAAAAAAAAAYYYYYYUMMMMMMM, that boy is GOOD! Thank you!