Yeah. I think Bluefin are just doing toys for now. Belts and such. Shinichirô Shirakura (one of the producers of Kamen Rider and he's director of Planning and Production at Toei) is active on Twitter and for better or worse, has interacted with english-speaking fans (I say "worse" after the time someone asked him about Zi-O Trinity form when it leaked and we weren't supposed to know about it yet. Kinda soured him on the western fanbase for a while).

They have to know. Fansubs have been a thing for well over a decade at this point. People outside of Japan want to see these shows, and repurposing footage into Power Rangers doesn't always cut it.

THANKYOU MAL for the Velocipastor flick. Laughed my ass off. Just what I needed. I love 'bad' movies like that.

The backdrop village scenery was fun to see and very real.

A Happy 74th Birthday to an absolute legend, Hiroshi Fujioka: 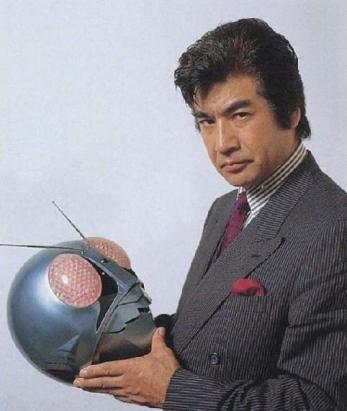 The backdrop village scenery was fun to see and very real.
Click to expand...

Took a while to find it but I found it. There's a couple different movies all with the same title it turns out.

Looks interesting though, maybe it should be the movie of the week...

Absolutely! I'd watch it again.

The movie is in Vietnamese with English subtitles. Yet my wife kept asking me what they were saying as she couldn't understand the Saigon accent.

The intensity of the heroine (Van Ngo) is off the dial. And the fight scenes feel real, not FX type stuff.

Any new Picard or Mandalorian ? No idea how to get to the folders..
I have 8 epis of Mandalorian..and 4 Picard
Thanks !

parts said:
Any new Picard or Mandalorian ? No idea how to get to the folders..
I have 8 epis of Mandalorian..and 4 Picard
Thanks !
Click to expand...

So far there are only 8 episodes of The Mandalorian (Season One, no episodes for Season two yet) and 4 of Picard, though a 5th might be out. (Thanks to SoulTramp for picking this weeks movie)​

Outstanding, Mal! It will be interesting to see the bonus features. The directing of this movie is incredable. Far beyond anything I expected from the small Vietnamese movie industry. Thank you! My wife is visiting her sister and niece tonight for an overnight, so I'm on my own.

I'll be amp building and watching the movie. What sucks about it is that I have to read the subtitles so it makes it difficult to work on amps.

this is what I found for you..

Thanks for this weeks suggestion.

Have you watched it yet? If so, What did you think?

No I was going to watch it tonight or this weekend. It looks good and I don't think I ever watched a Vietnamese movie so I'm curious.

This one is in English! After watching this try it in Vietnamese as there's so much more emotion in the dialog.

Options good Sir, there are options. Ah! I suggest watching in Vietnamese. The dubbed English seriously takes away from the mood. It breaks the entire vibe of the movie.

thanks for putting up 7 Samurai. That's the best digital rendering I've ever seen on that flick. Plus it had the intermission with the kabuki intermezzo intact. Big bonus!

Do you have Cobra Kai? I watched the first episode on YT and it looks really good. I might see if you can throw that one up when we get closer to Korea and possibly China when I can actually download stuff. (I still need to grab Mando 6-8 and the new SW, too....)
You must log in or register to reply here.
Share:
Facebook Twitter Reddit Pinterest Tumblr WhatsApp Email Link