Let's see your old pics of your favourite guitars

I've had loads of guitars over the years and some I sadly let go, but I dug into the archives and found a few old pics. Let's see your favorite guitars that you may have let go, or fortunately still have..
Here's a few of mine... I'll dig out some more soon. My 83 Ibanez Artist AM205 taken the year I bought it new. And she's still with me. These were my first real guitars. The Strat was a 1979 hardtail. The LP was an 1980 Custom. The cabinet was an oversized, no-name 4x12 but the amp was a 50 Watt Plexi. Many great memories here. 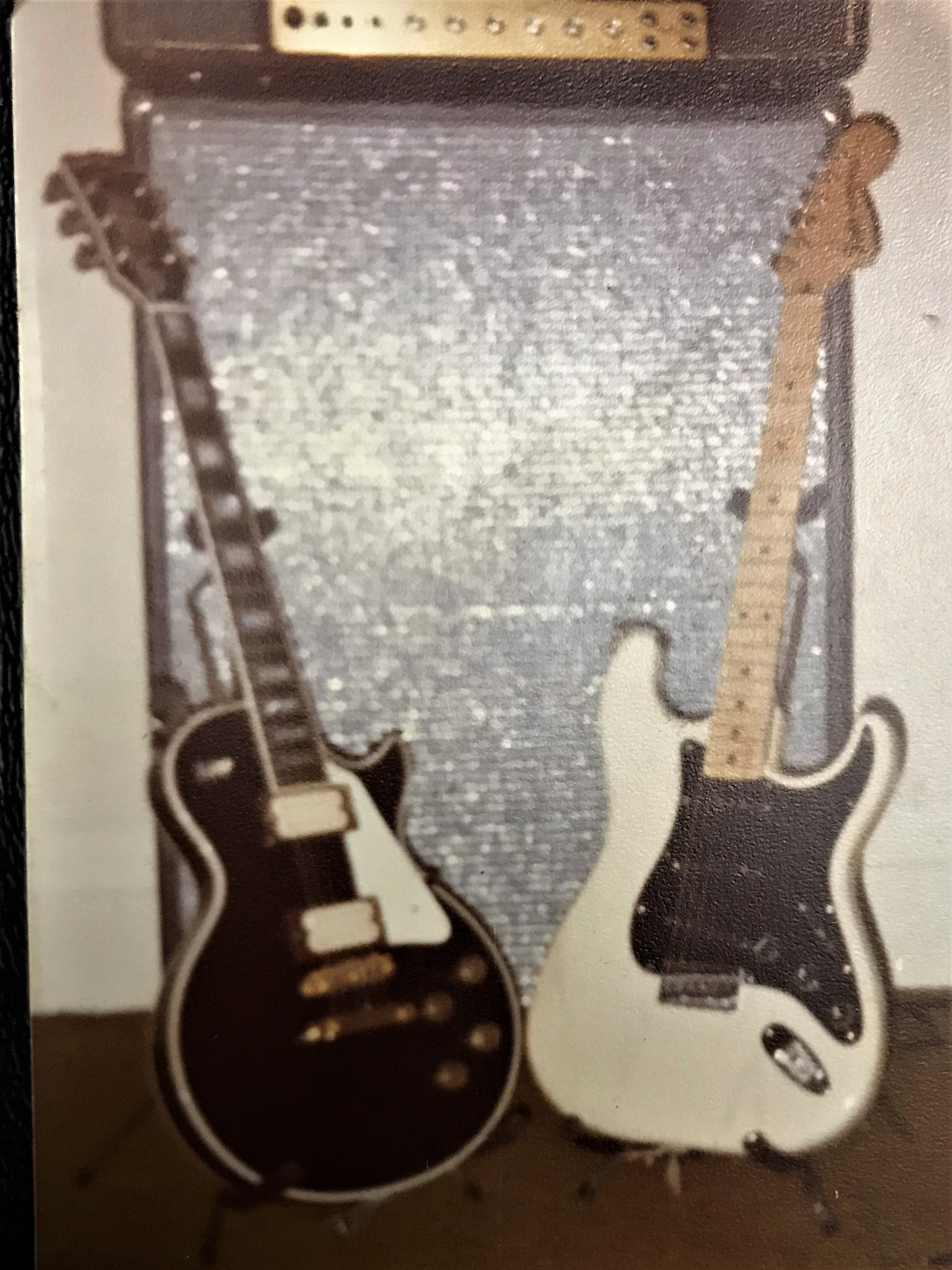 I still like these guitars but for years they were one at a time my favorite guitars.

1974 Ovation Breadwinner that I bought new.

Then later I bought a 1981 Hamer Special new.

They were my favorites one at a time. It was close to 10 years apart when I bought them..

I still have quite a few others that I like too.. Not an “other” guitar, but one of my favorite’s, a 1977 Gibson Les Paul Custom with silver hardware. The first guitar that I purchased on my own. Got my first bank loan to buy it ($700 new) and I had to have my mom co-sign the loan.

Standing on top of a big PA speaker. Ooops. Almost forgot this one.