On the gibson website they advertise the fingerboard as rosewood for that model.
http://www.gibson.com/Products/Electric-Guitars/2016/USA/Les-Paul-Studio-Faded.aspx#LPSTWCCH1

However when you go on amazon.com and long and mcquade website, the fingerboard is said to be baked maple...

It is not advertised on gibson website but the fingerboard on the pic they display really look like baked maple to me while it is advertised as rosewood... 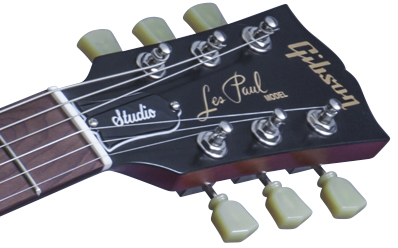 Some of their rosewood has been so crap lately I wouldn't mind the BM so long as it's dark af.

Edit: but that pic is def BM

Shouldn't matter much to playability and could enhance tone.

I would prefer the torrefied maple. Regardless of which wood they used it should play well.
T

This could affect the sound negatively also.
Personnally I'm afraid that the guitar would sound less warm and more bright and also more dead than a regular les paul with rosewood fretboard.

Rosewood is more balanced in sound comparatively to maple and maple have the reputation to sound bright and dead without much overtones comparatively to rosewood in acoustic guitars. So on a fingerboard it can only have a big change on the tone as well as the fretboard greatly contribute to the final sound of a guitar. Its where the sound is coming from firstly before going to the pickups.

I have an acoustic with solid spruce top and 3-ply maple back and sides with ebony fretboard and it sound bright and relatively dead compared to other acoustic guitars with similar construction and different wood like cherrywood, mahogany...

I watched a video with Rob Chapman and Lee Anderton on youtube both playing a les paul custom with maple fretboard and it sound more bright than a regular les paul and to me not in a very pleasing way for warm vintage and warm rock tones but maybe could be good for a cutting metal sound combined with the usual gibson vintage pickups and a big modern distortion.

some of the "rosewood" that Gibson is using lately, I personally wouldn't mind the maple, or other options
T

I bet the reasons why gibson dont advertise it is obviously because most people dont want that and gibson know it is denaturing the sound of a les paul and that it sound less good while it is looking as good and it's cheaper. Lots of people dont know enough to notice the real differences it have on the sound. They should advertise it clearly when it is baked maple instead of rosewood, the sound is clearly different.
You must log in or register to reply here.
Share:
Facebook Twitter Reddit Pinterest Tumblr WhatsApp Email Link