Well, I knew at as some point this would have happened. Yesterday evening I wrecked the gold finish on the top in the cutaway area, while scraping the binding .

Instead of building a proper "depth stopper" I was holding the scraper between my fingers and I just scraped too much exposing the maple.

It could probably have been touched up, but I don't like shortcuts so I have already sanded the top back to bare wood, and I will refinish it from scratch. I will let few days pass, however, because at the moment I'm fed up and angry for my mistake (meanwhile I will research on how to build a proper binding scraper).


Hope this won't result in the build being massively delayed.
Last edited: Jun 26, 2019

Well,
this thread is not dead! I'm almost through the whole painting process. Eventually I decided to strip the guitar completely and start the process all over again from grain filling. It was really long and it kicked my butt several times. It also took a very long time because we had several weeks of 90-95% which are not really suited for spraying lacquer.

I believe the result is well worth at the end though: 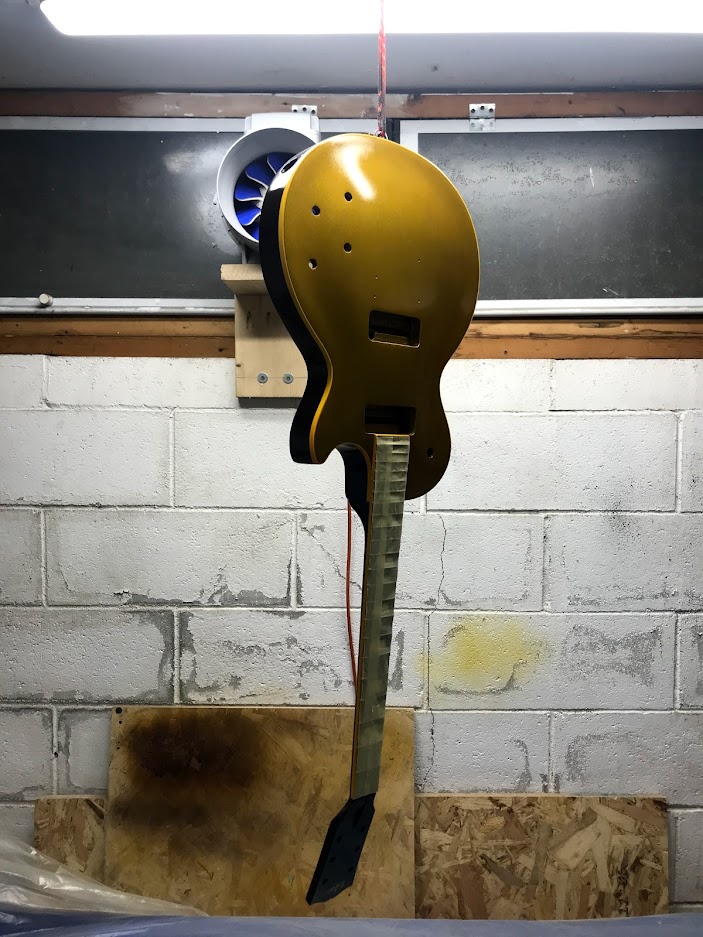 This is fabulous and amazing work !!!!
I am dying to see the final product !!!

Mockbel said:
This is fabulous and amazing work !!!!
I am dying to see the final product !!!
Click to expand...

Thanks! I'm also eager to finish the guitar. However it is taking so much more time than I anticipated.

The good ol' google photos! It seems it changes the url of my pictures after I've uploaded them.
it should be okay now.
B

netwarrior, great project and some really nice work in a home build environment . Very interesting thanks for all your efforts. I have a 70 GT with lots of natural relic.