Leave the singer at home...(Instrumentals)

..and I bitch and moan with two broken fingers on left hand..

always dug this one...

Not long before he died..years before had a stroke..didn't know how to play or who he was..re taught himself....he done good

Bobby Mahogany said:
Ok. So you leave the singer home. 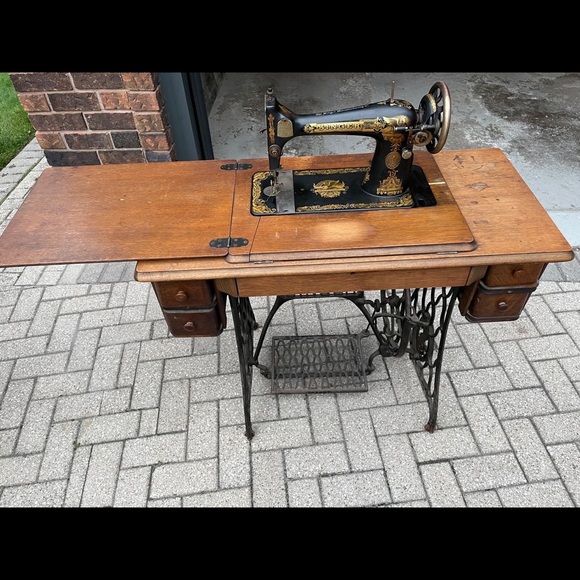 We had one that looked just like it, except it was fitted with an electric motor and a rubber pulley. A retrofit maybe? As far as I know, it still works.

Whole lotta crapola instrumentals posted on this thread. Allow me to fix that for you

irocdave12 said:
Whole lotta crapola instrumentals posted on this thread. Allow me to fix that for you

Sorry, Yodelling does not count as vocals!

...and a couple of the most amazing modal guitar solos ever recorded.

You all need more Post-Rock in your diets...

Sorry, Yodelling does not count as vocals!

...and a couple of the most amazing modal guitar solos ever recorded.

I was 13 when this came out. I couldn't stop listening to the entire Moving Waves album.

Often times when programming I need something that won’t distract me from focusing on the job but at the same time keep a part of my brain interested.

TheX said:
I was 13 when this came out. I couldn't stop listening to the entire Moving Waves album.
Click to expand...

The best version of the tune is on that album(1971), apparently. I was listening to Live At The Rainbow,in '73. When i heard it...i thought the tune was outrageous(especially the later released speeded-up version).But if i remember correctly, it got a whole lot of airplay, simply because it was so different.

I have always thought of it as the first metal solo. Jan Akkerman had the modal knowledge(and the chops). In later interviews, he claims he did the tune as a joke...a rhetorical take, a spoof on rock guitar solos up to that point.

Yep... I learned the "Hendrix Chord" playing Hocus Pocus before I learned it on Purple Haze.

CB91710 said:
Yep... I learned the "Hendrix Chord" playing Hocus Pocus before I learned it on Purple Haze.
Click to expand...

ya CB! sevenths. The last chord in the HP. progression stands out. I ended up learning the chord progression 18 years after i first heard the tune!

now memory kicks in and i am in meander coffee mode.

All my studies and lessons from Berklee College of Music in Boston program material ( way back!) had a lot of focus on 7th chords, writing and playing them. Major, minor, augmented and diminished. Then, partials. Freddy Hubbard. Once i finished my studies( with 2 alumni from Berklee, over 12 years), i abandoned that and took what i learned and slammed into rock .
Hendrix really brought that 7th dissonance into the light.It could rock. Absolutely agree...He was the cross-over pioneer.

A former teacher i studied with called Berklee an American factory churning out jazz(and later jazz-rock) artists. But he still taught us the foundation from that program, but this particular teacher owed more to John Cage by the time i studied with him. Still, he supported knowing the fundamentals.(When The Saints Go Marching In!).

inconsequential tidbit...i worked with a fellow several years ago, he was from Iceland,(neuroradiology) and one day he mentioned he is a drummer. whoa...what?!?!( 10 years after i quit playing live). He said his family sent him to study drumming @Berklee in Boston for 3 years...then he went to became a Dr.A Neurosurgeon. Lifestyles of the rich and highly capable.
He was equally influenced by the Euro-Metal scene, and i heard(from reps) over the years he continued to do shows,@ exclusive engagements. enough. Have to dust off and bring out my sevenths once again.

The creator of power chords and the fuzzbox? Interesting facts about a guitar player.